This suburban home on Montreal’s south shore was built by the father of our client in the 1960’s. After over 50 years without having much work done, it was in need of some rejuvenation. The original house lacked natural light and had a series of closed rooms surrounding a central stair. The first move was to open the south facade with large glazed patio doors. Removing the original partitions let the light penetrate deeply into the house. A new sculptural stair built of hot rolled steel, maple veneer, and frosted glass becomes the focal point of the house. The counter of the central island in the kitchen cantilevers 2.4 meters out from the cabinets becoming the dining table, uniting preparation and eating spaces. Two pivoting glass doors close off the entry creating a winter vestibule. The immense stone fireplace was conserved and restored. It’s textured materiality contrasts with the purity of the new elements. The exterior of the house was restored and repainted and the windows were replaced. A contemporary dormer was added to the roof of the house containing the two second floor bathrooms. 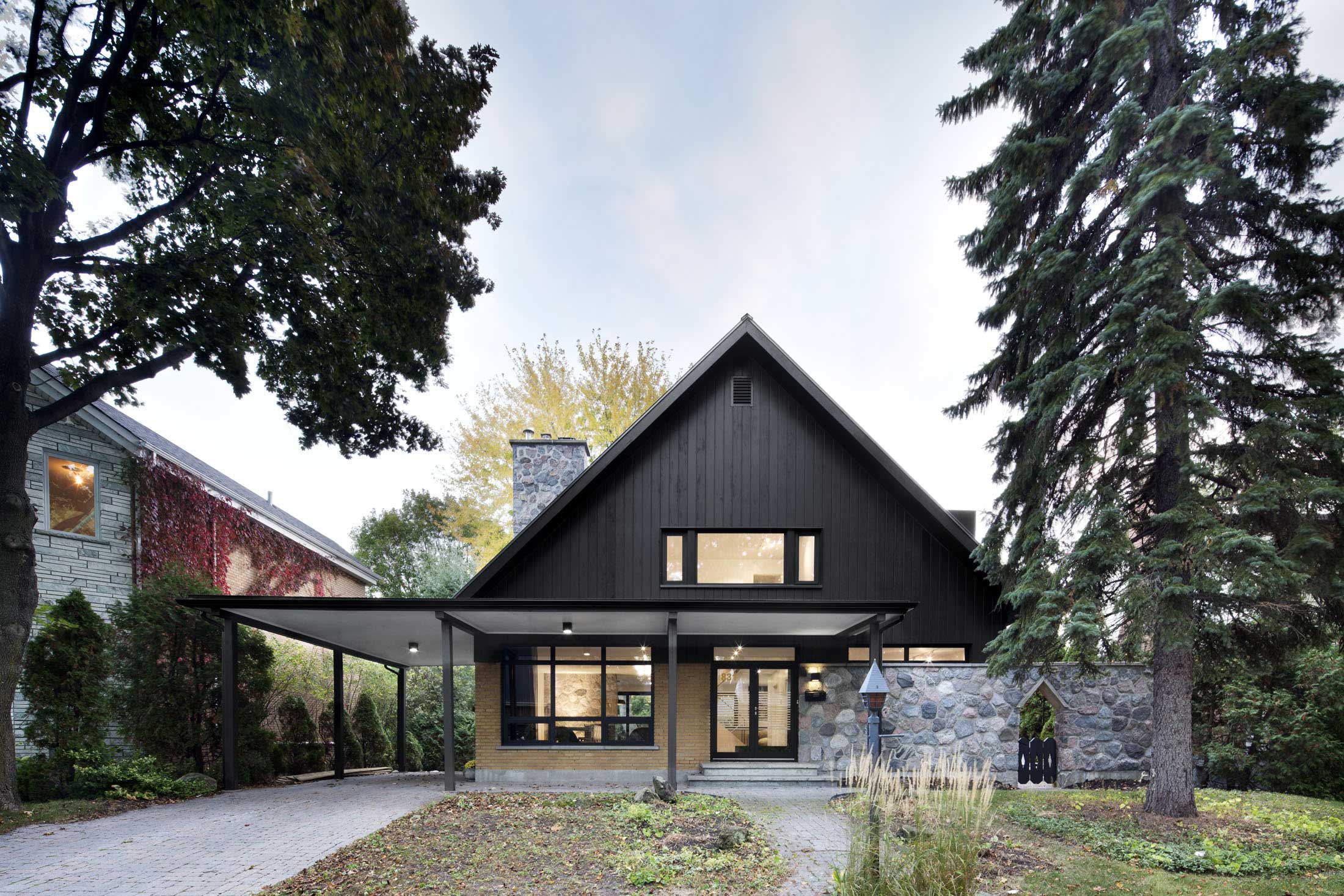 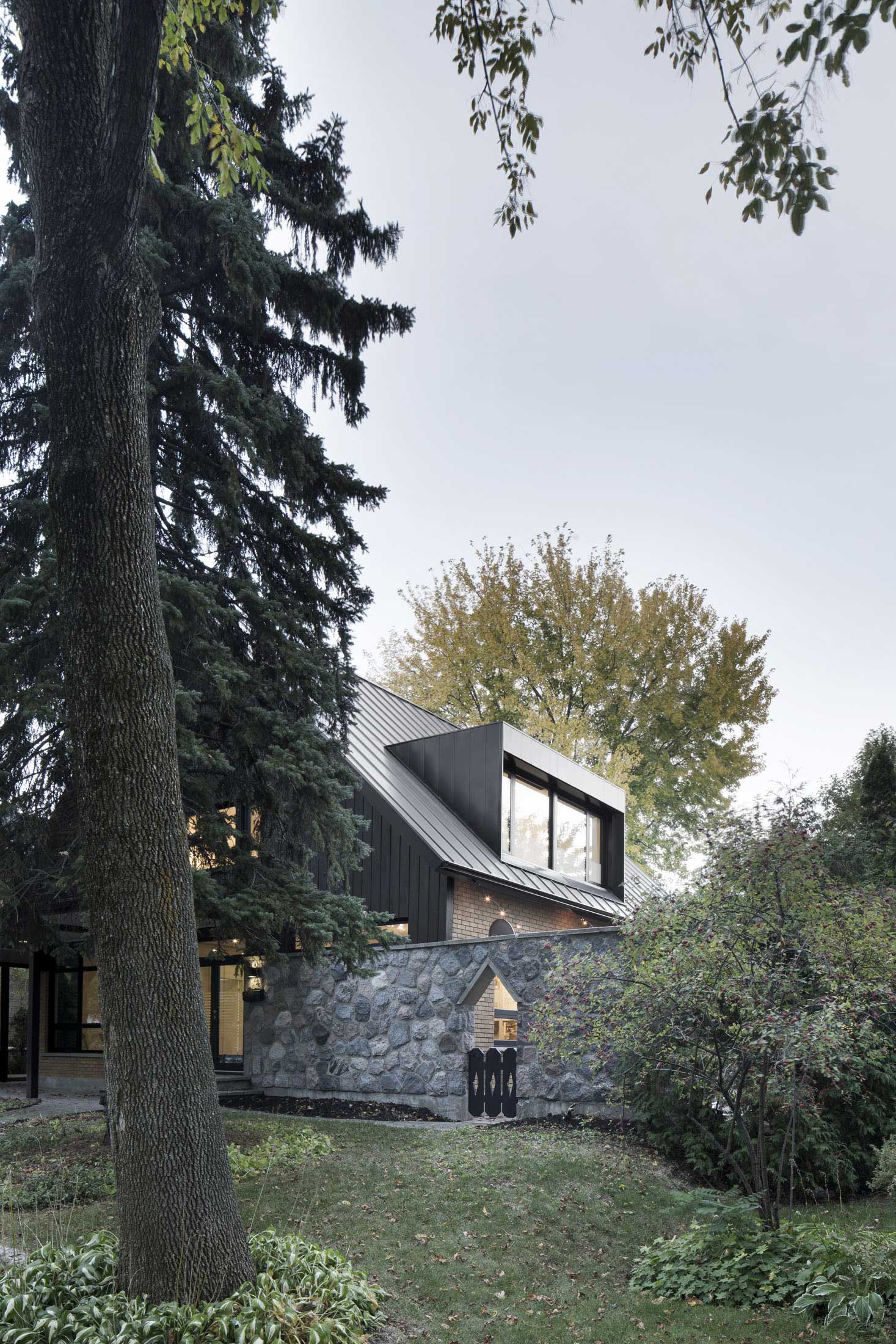 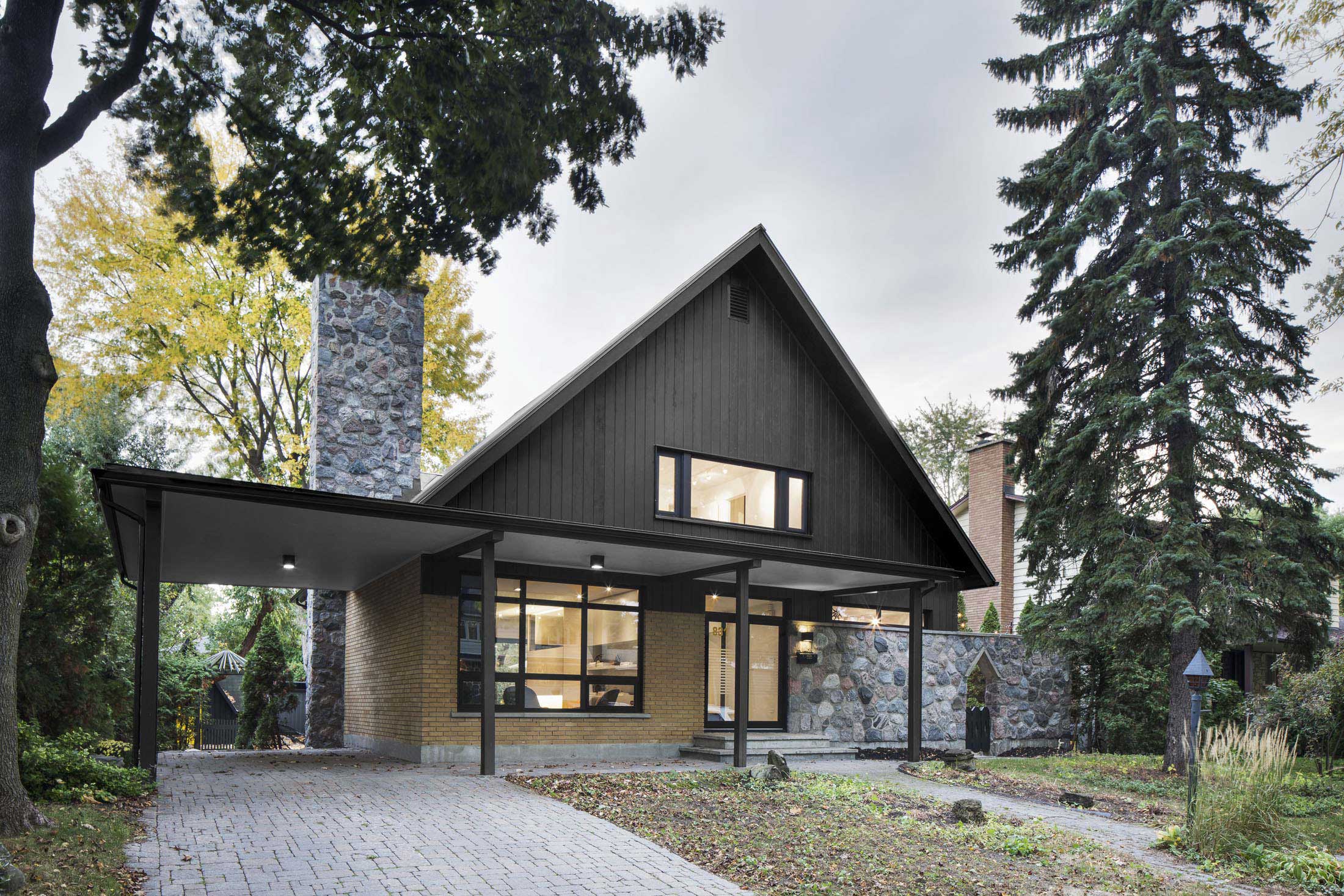 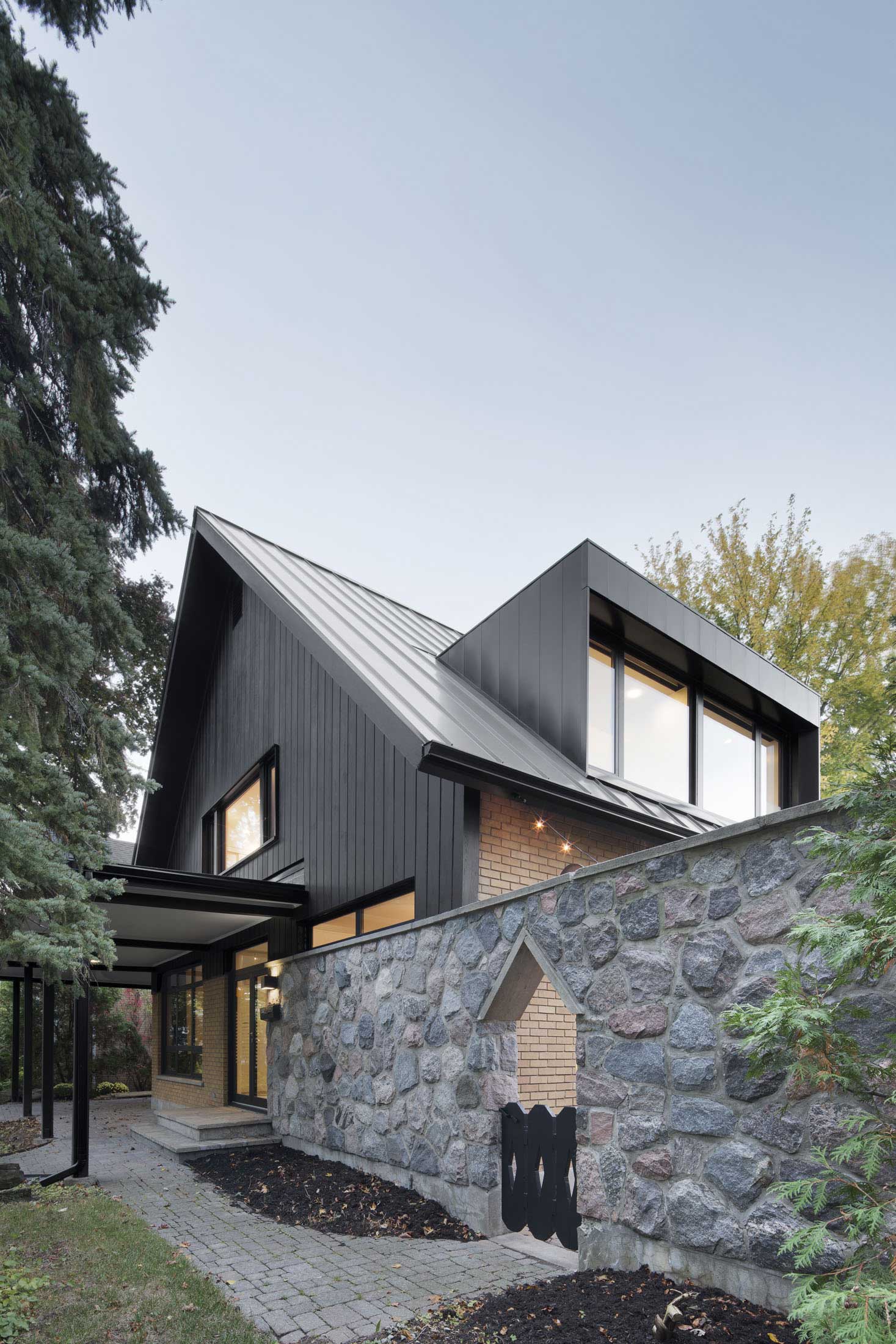 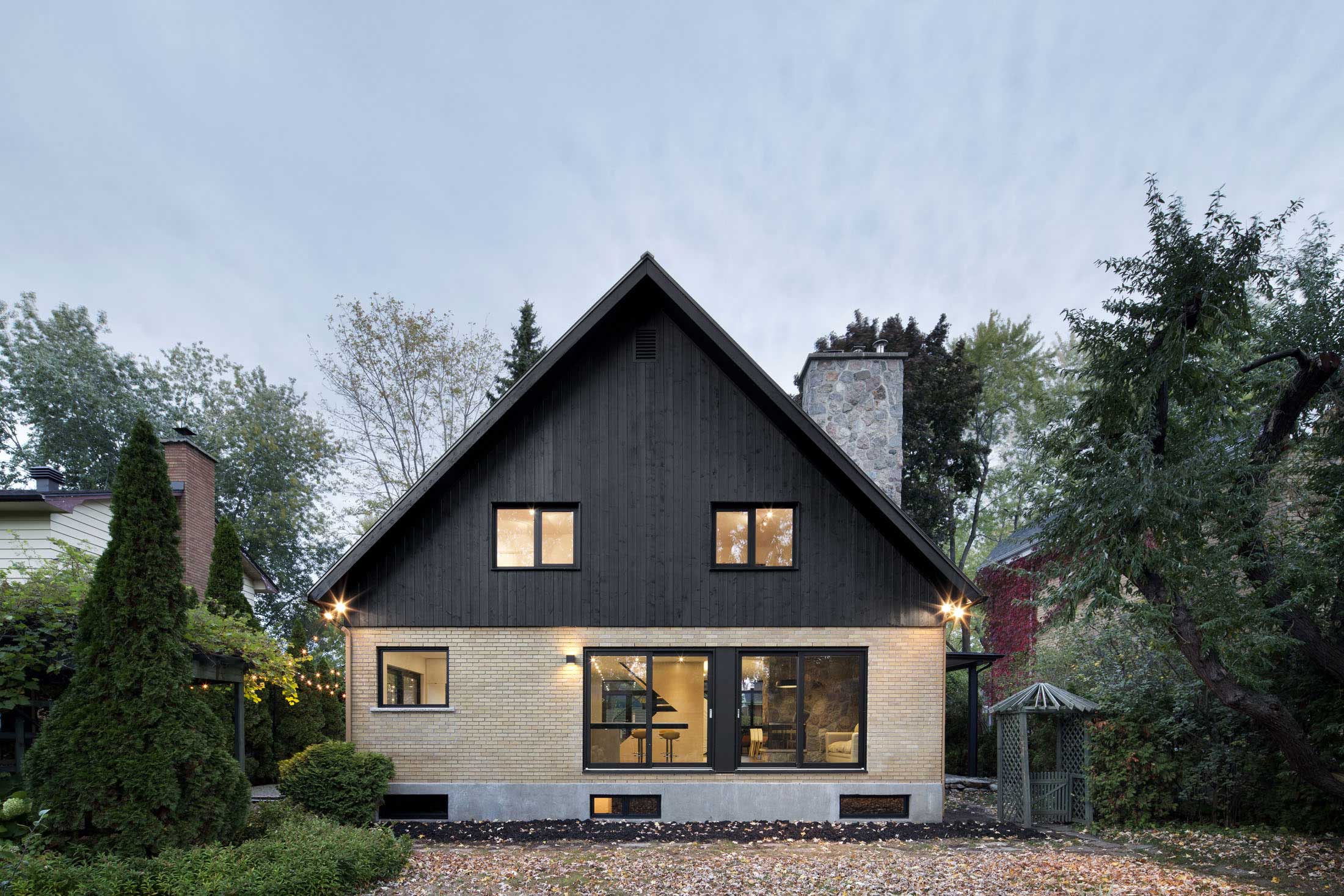 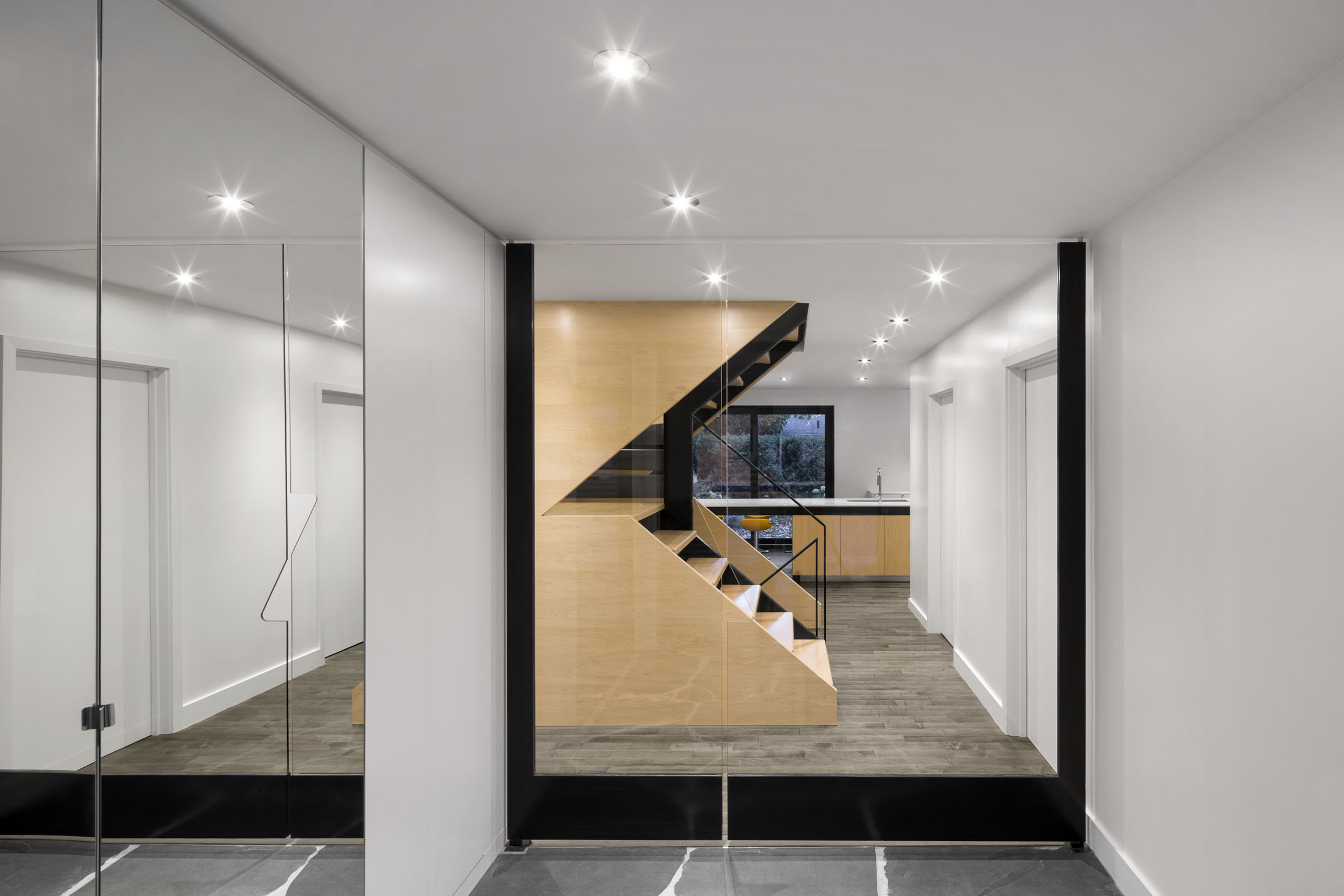 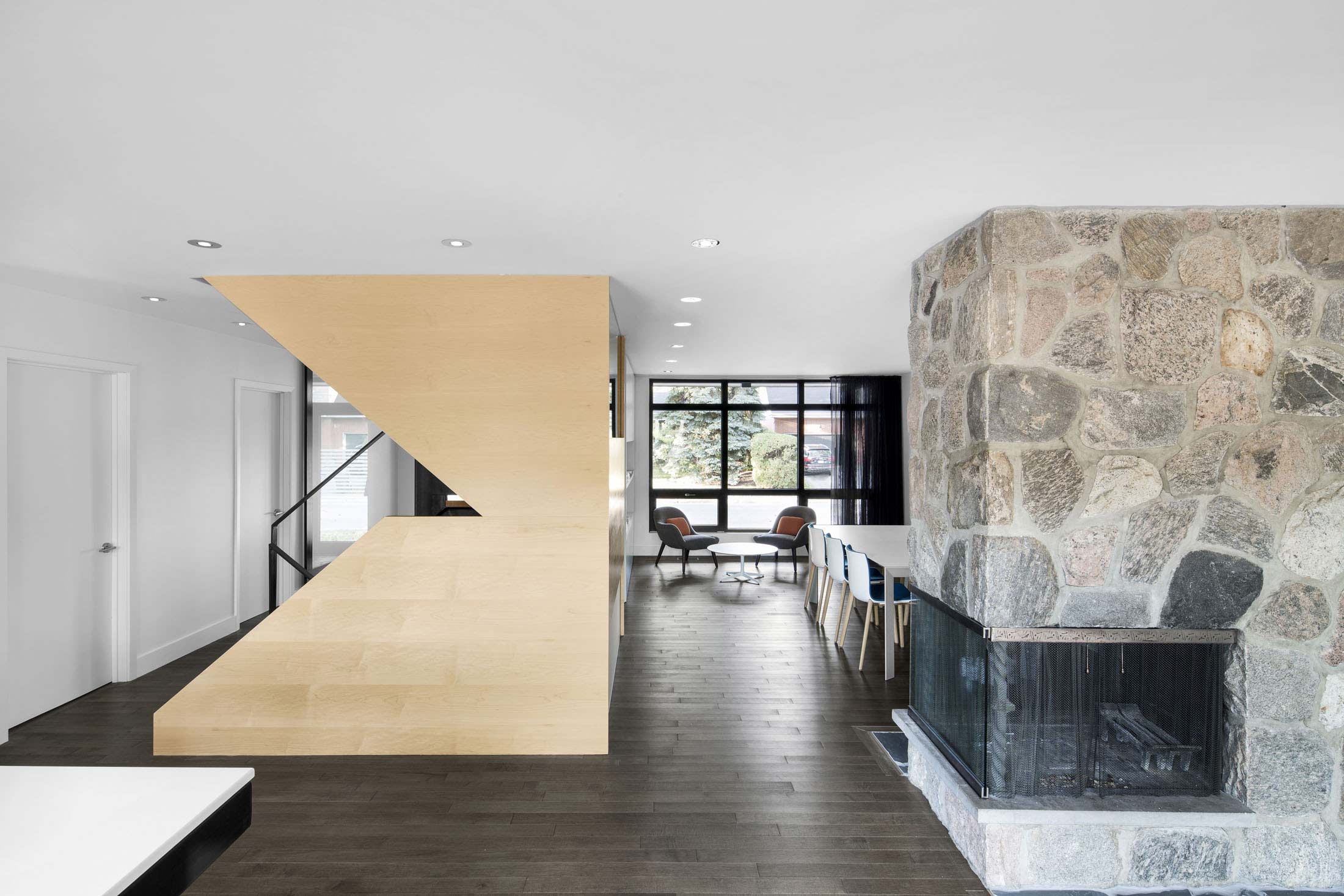 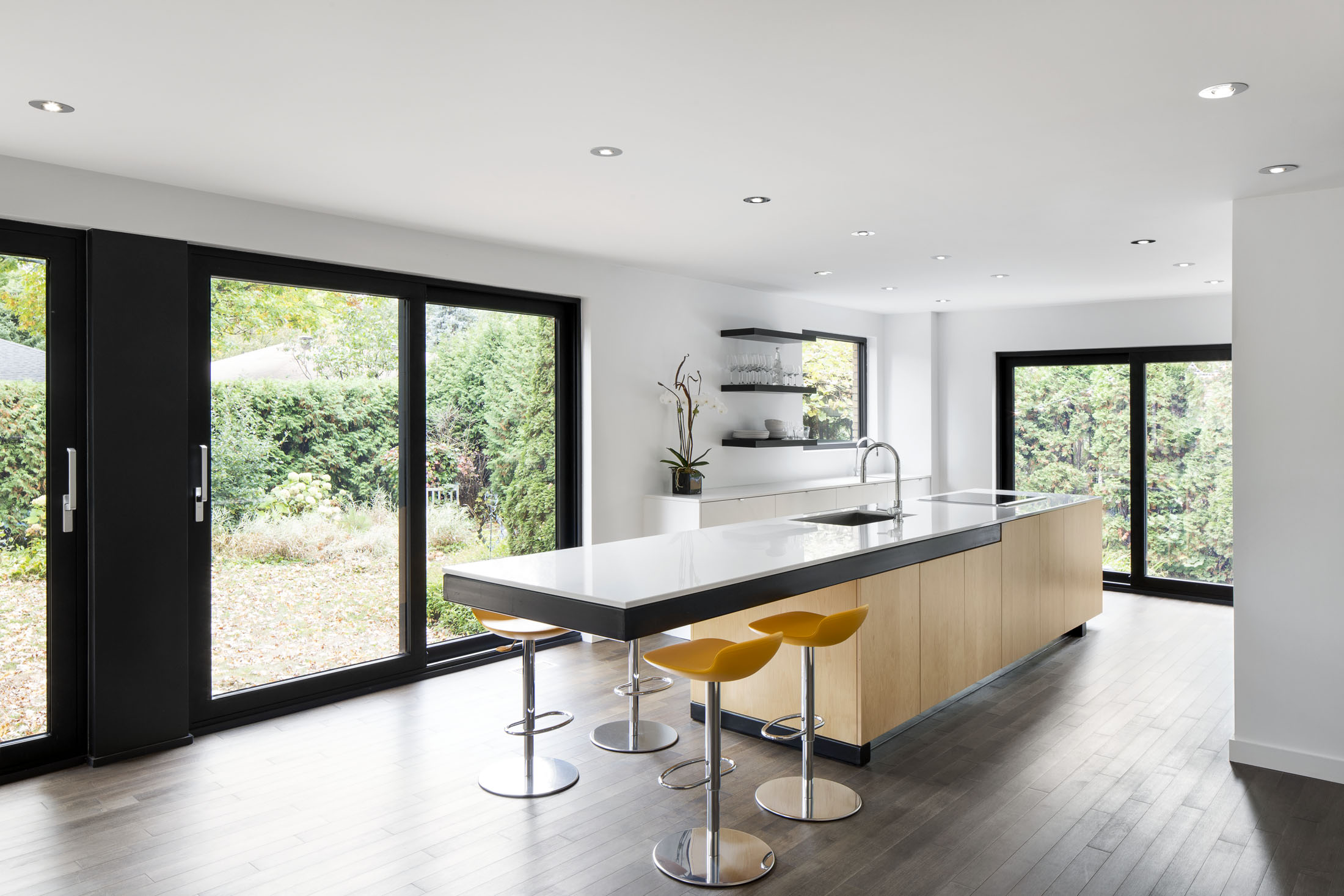 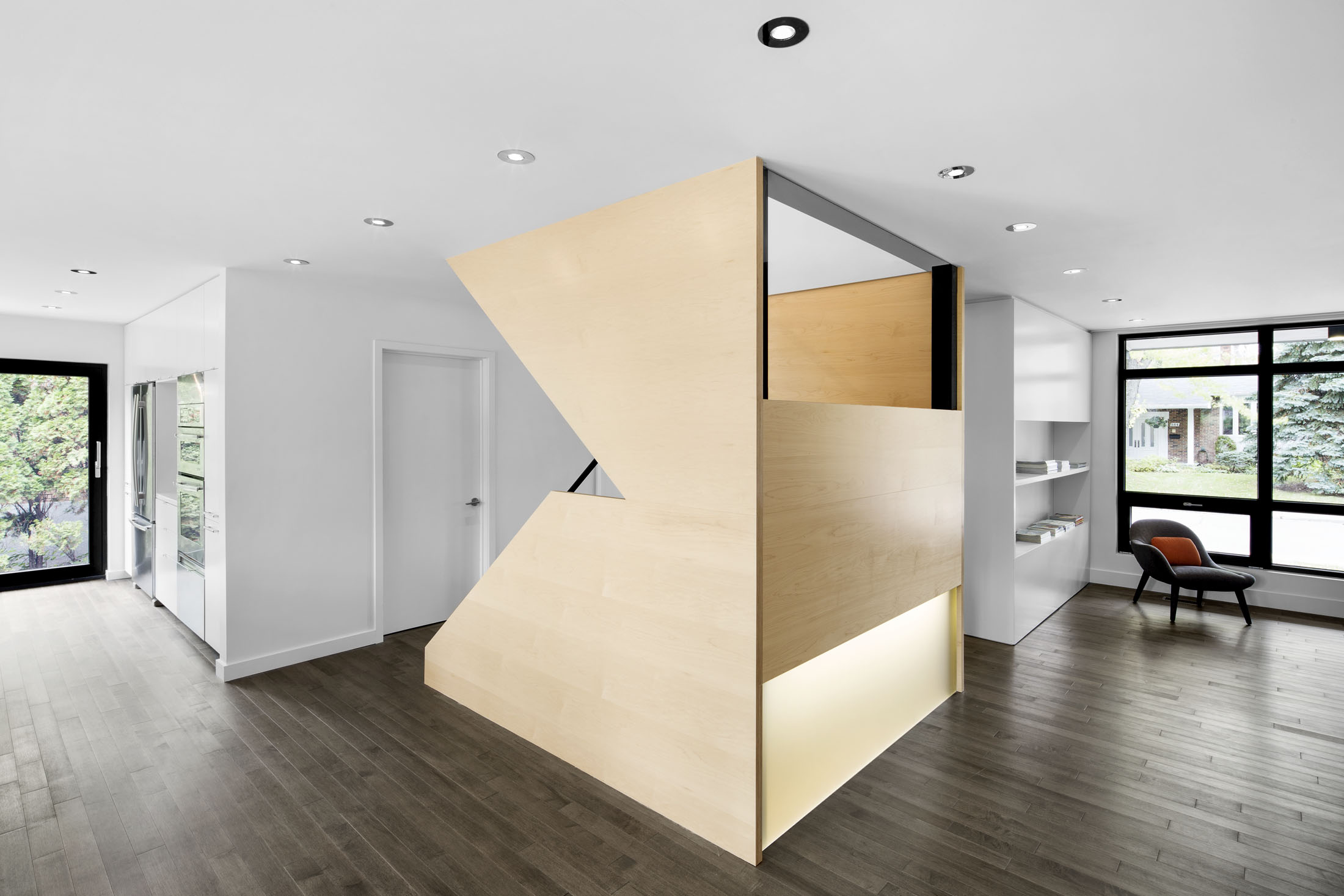 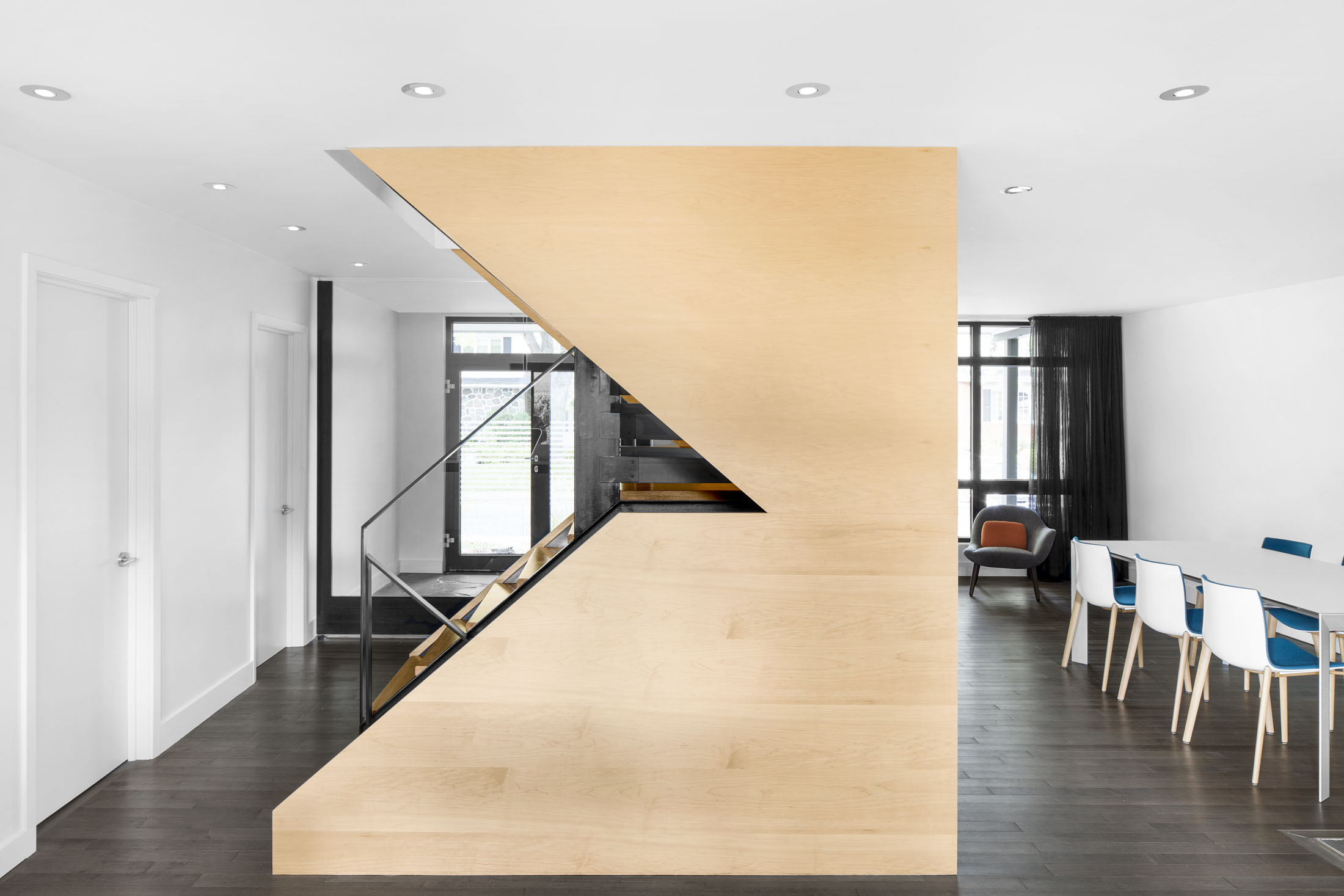 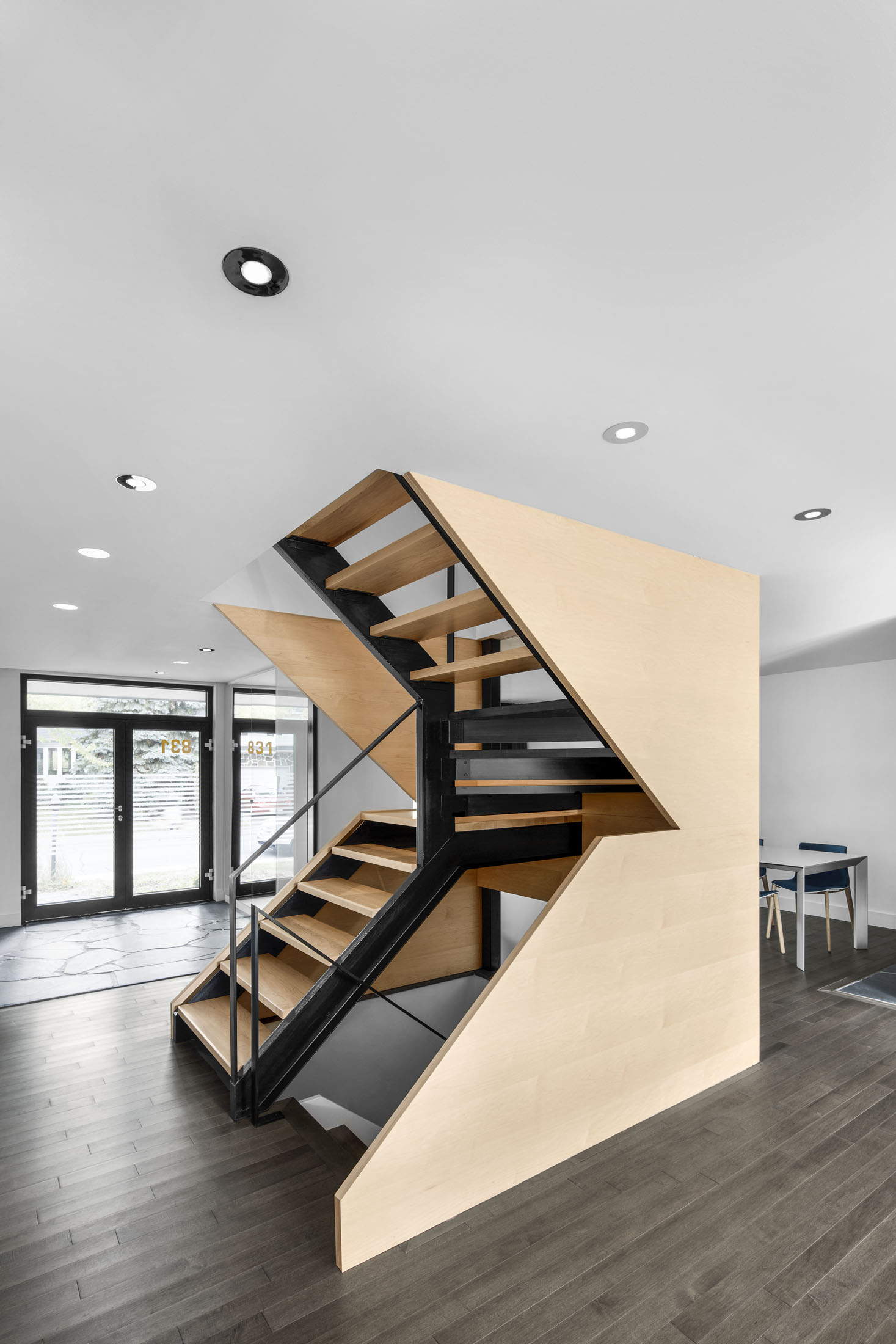 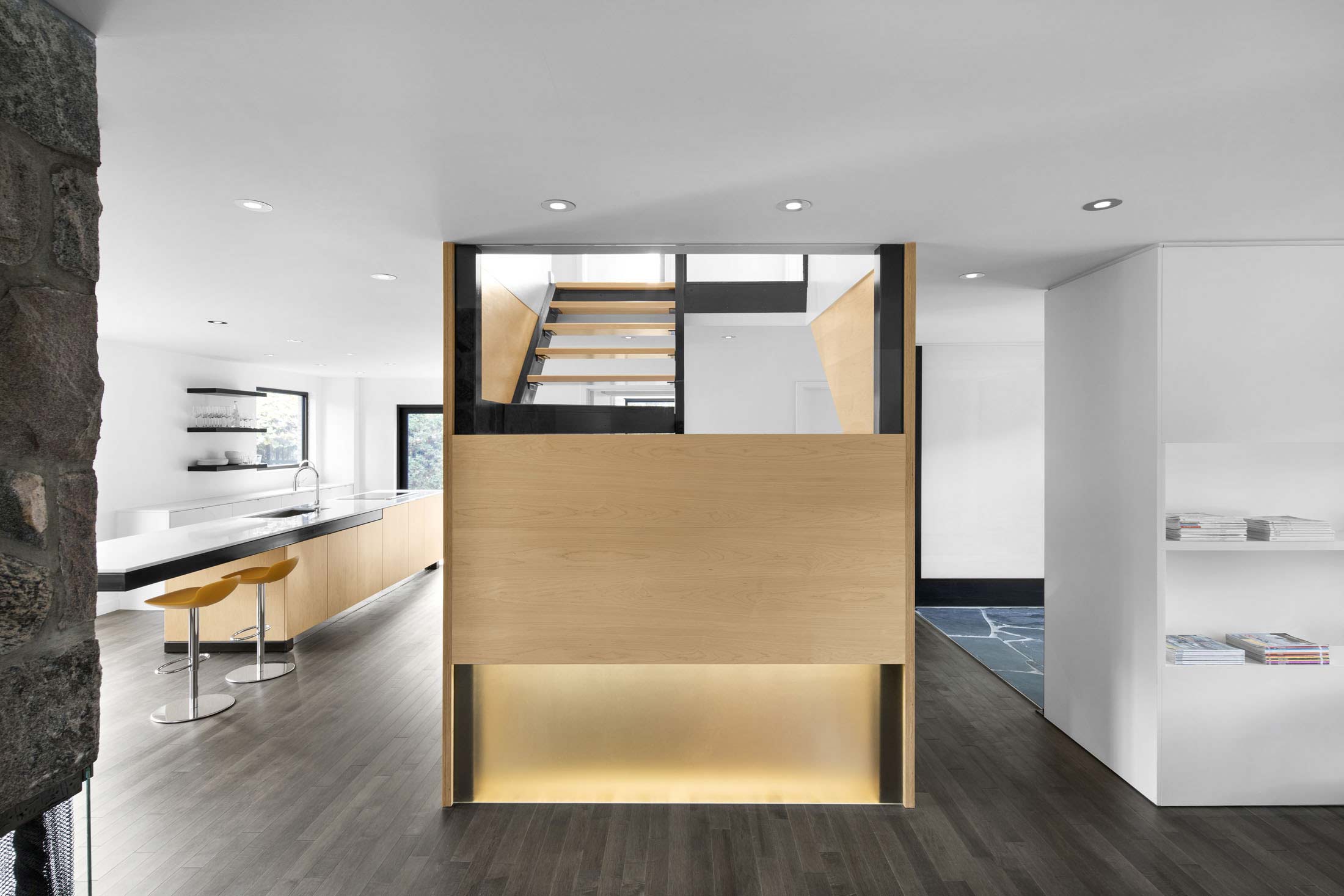 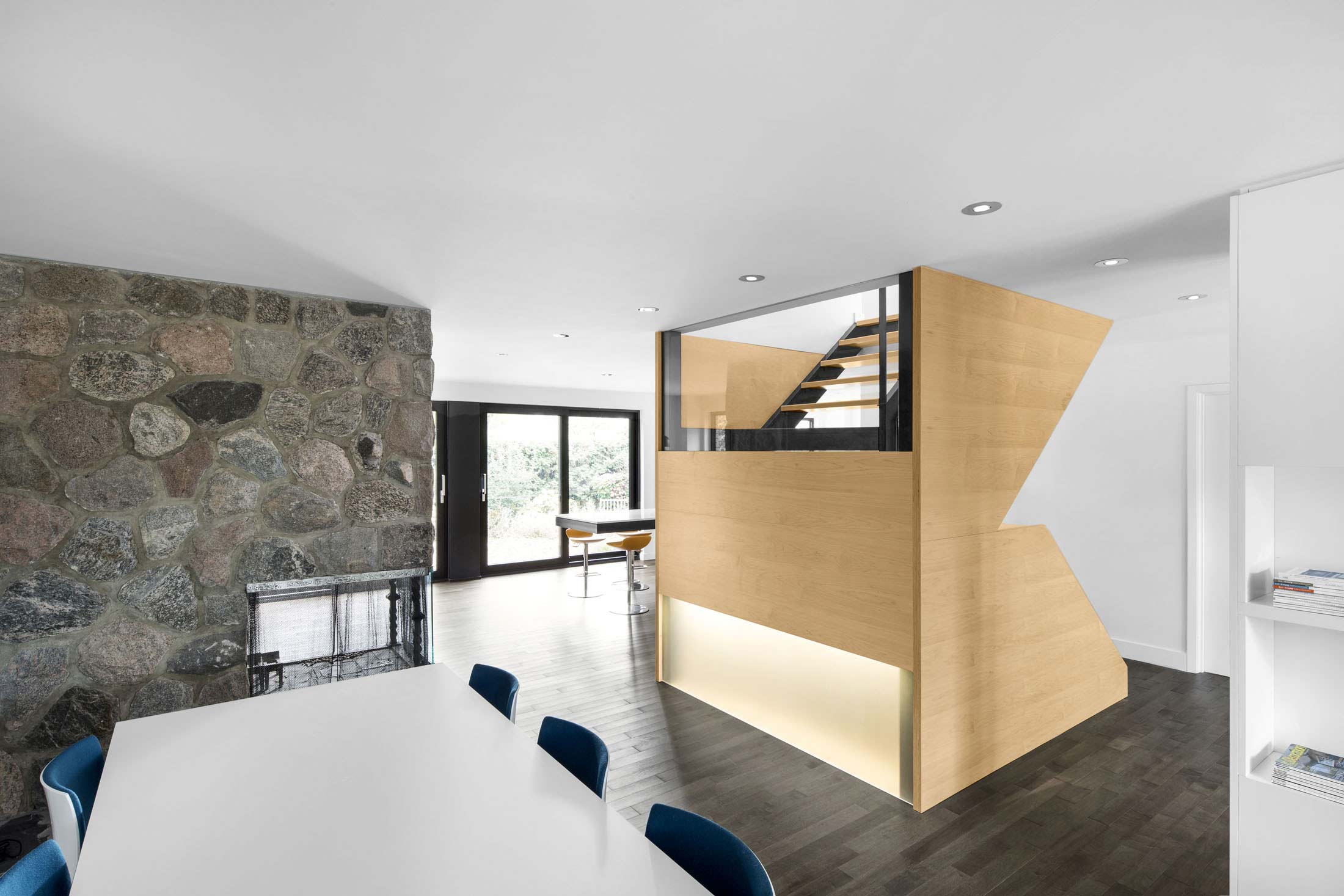 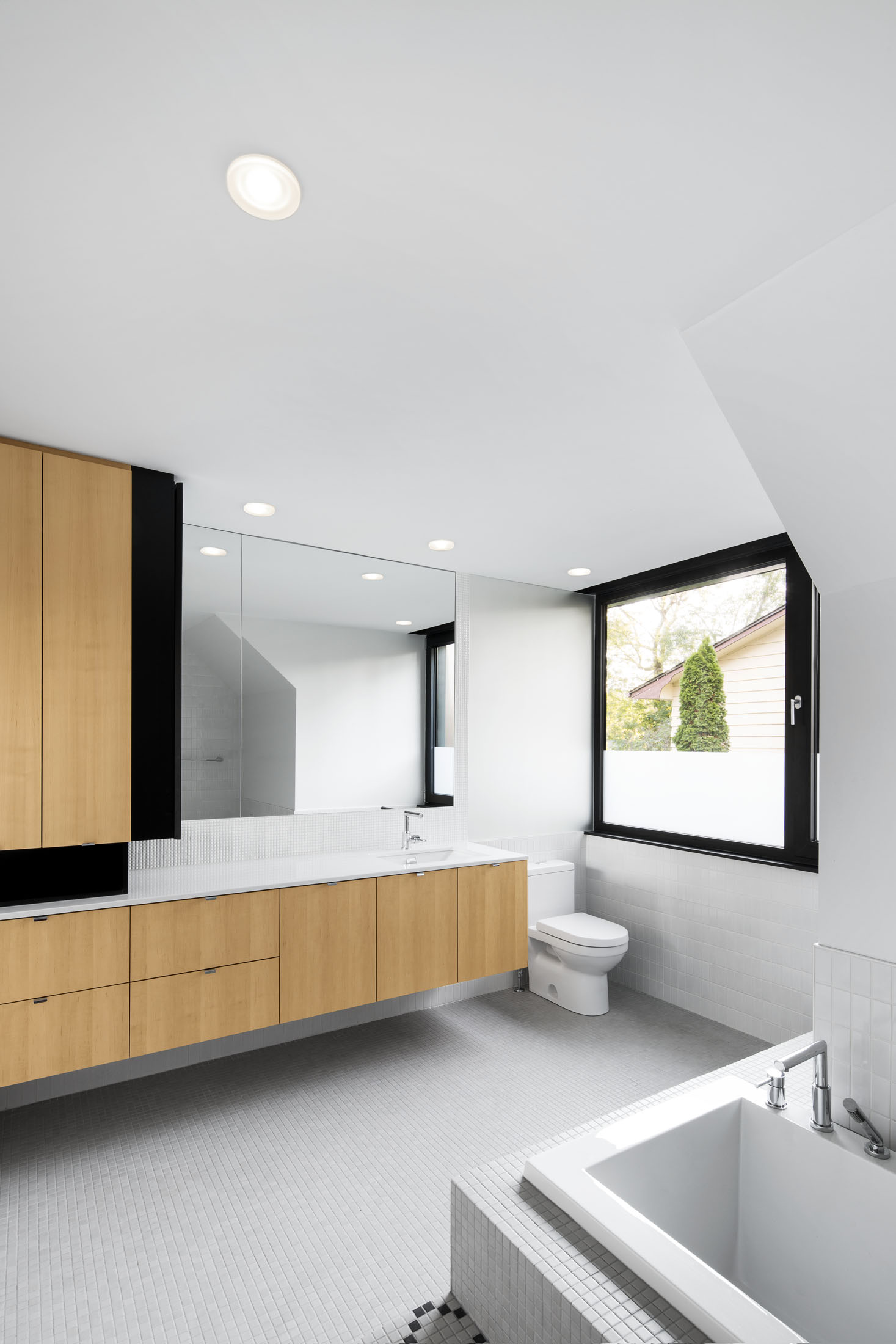 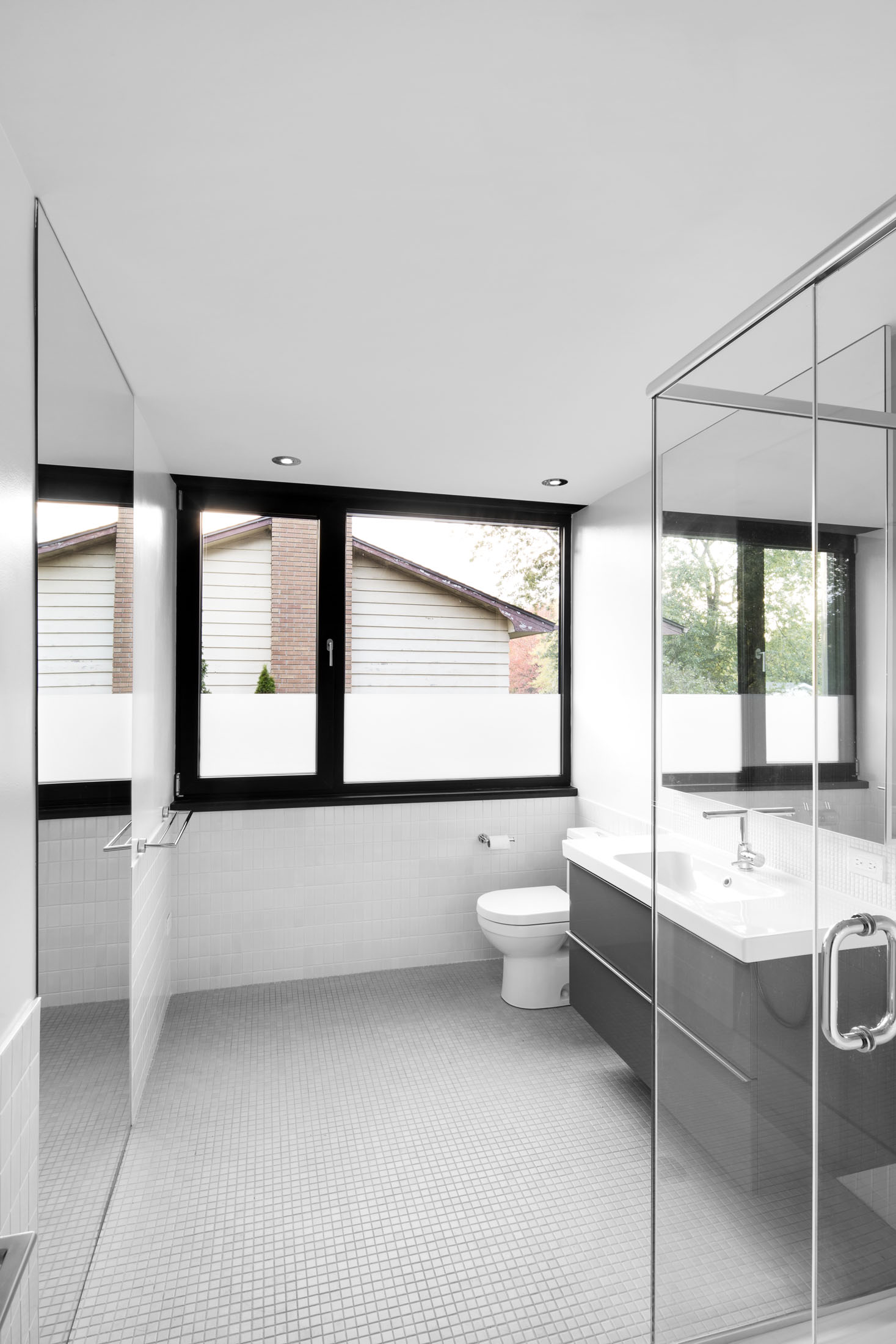 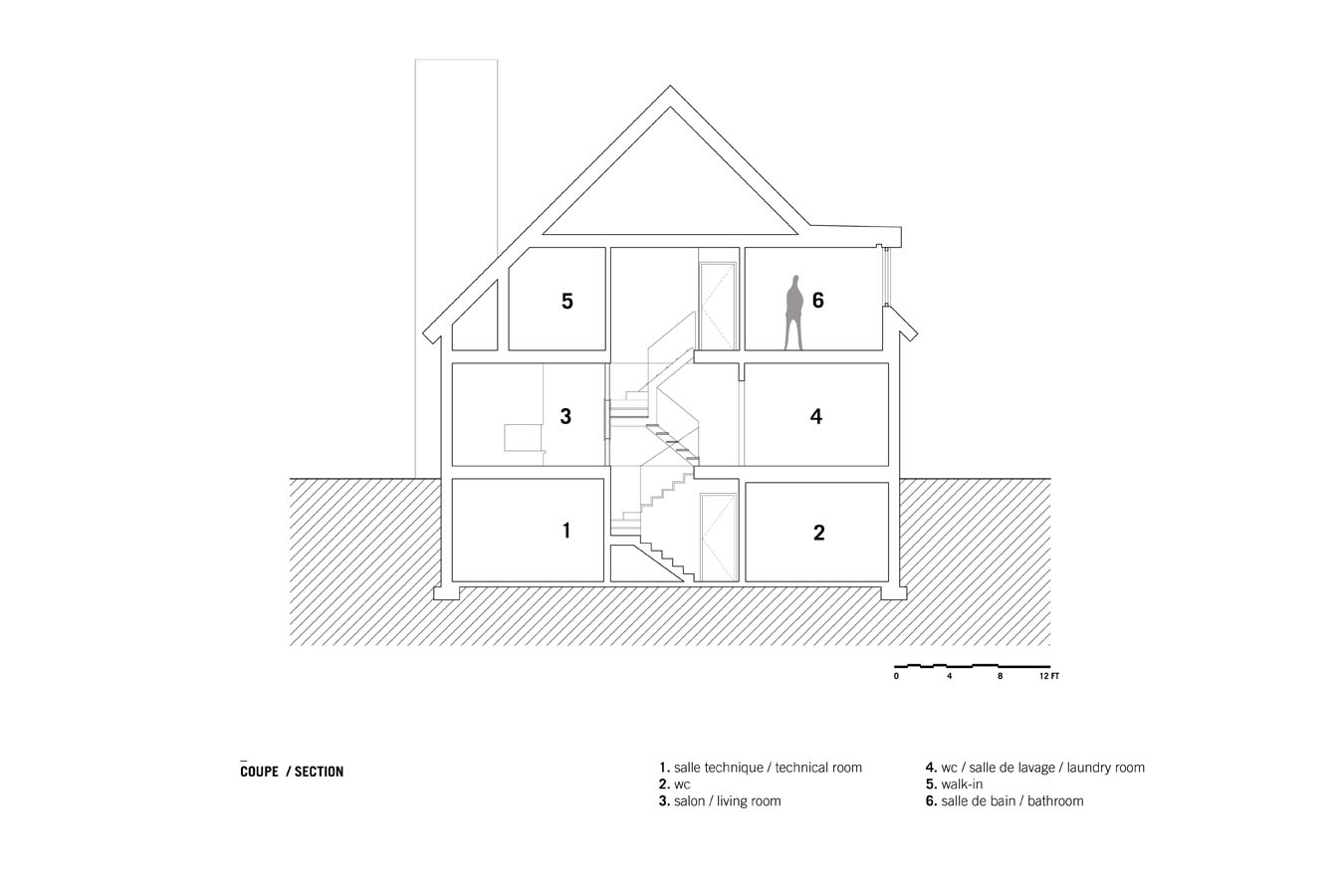 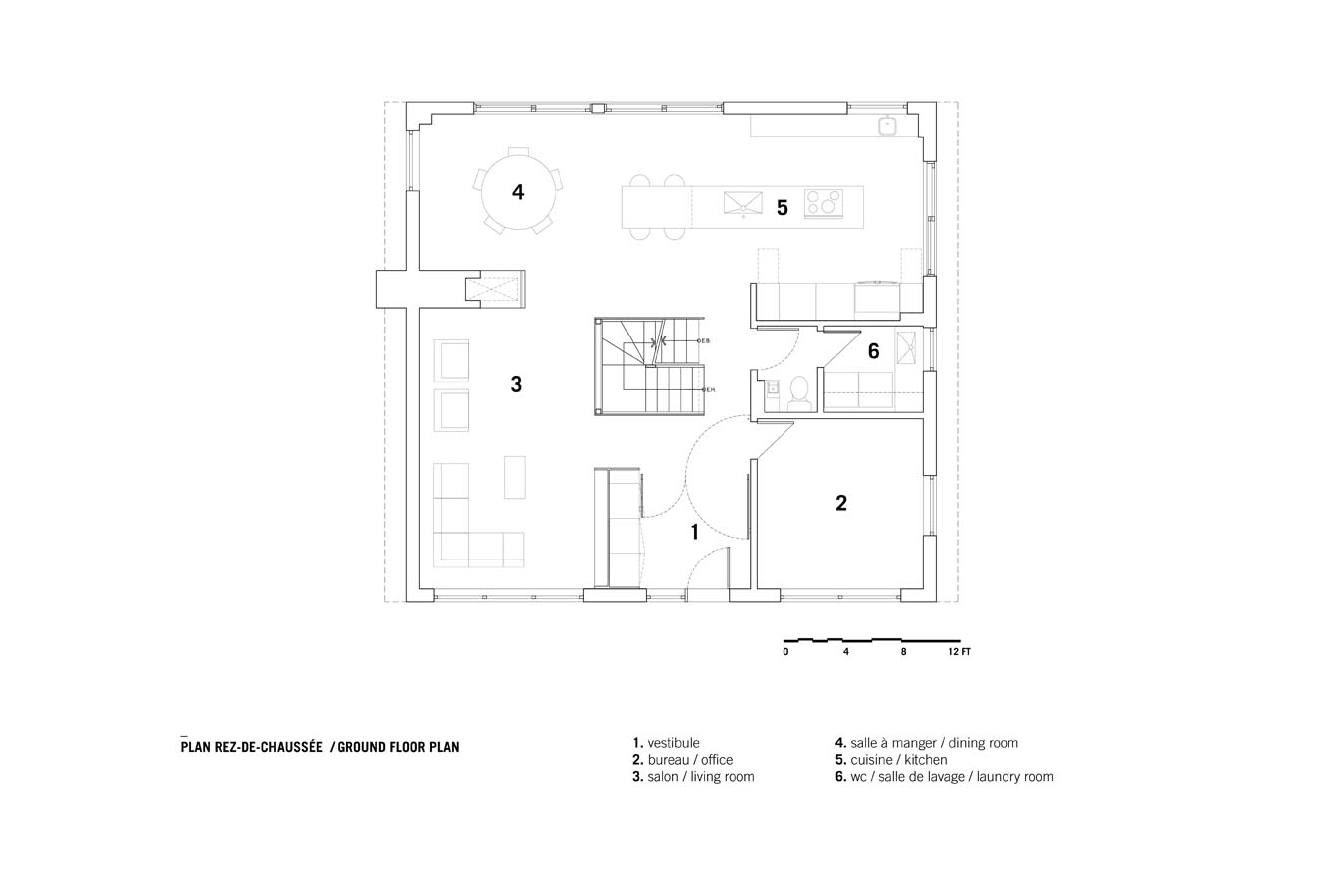 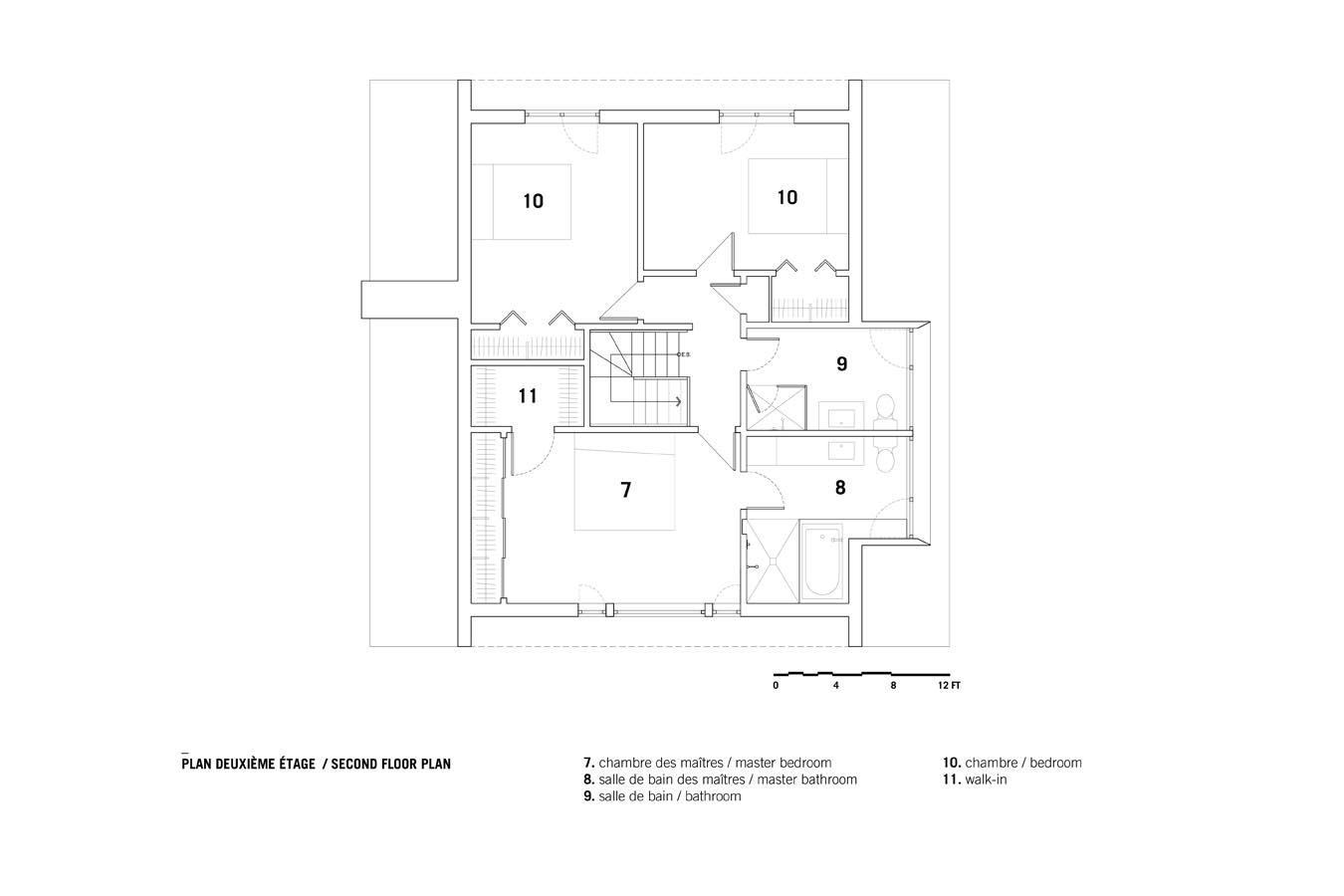