The client wished to have the architect conceive a compact second home immersed in a woody lot in front of Mount Orford, in the Eastern Townships. The one-acre lot, characterized by a hilly landscape, is part of a housing development dating back to the 1970s. At its highest point, the property is topped with a bedrock on which it is decided to strongly anchor the new construction.

The client’s functional needs are strategically distributed inside two independent volumes connected by a walkway forming a breach through the house. The main volume hosts the living and sleeping spaces, while the second volume contains functional areas such as a workshop and a guest bedroom/loft with its own bathroom. This physical distinction of both elements was a desire of the client in order to preserve each other’s privacy.

The orientation of the house on its site was mainly dictated by the desired view of the Mount-Orford. The living room, the dining room and the kitchen are facing the mountain located on the North side of the lot. The viewpoints are treated both as picture frames onto the nature and as wide panoramic glazed apertures overlooking the undulating landscape profile. The position of the house at the edge of the sloping lot magnifies the view as well as creating a floating sensation for the inhabitants.

Combining the desire for both a contemporary expression and inspiration from traditional architecture, the volume of the house adopts a gabled roof combined with sleek details such as the absence of roof projections, a mullion-less glazed corner with silicone joints and frameless window openings. Inside the house, white painted walls and ceilings, diamond polished concrete floor, lack of conventional baseboards are all minimalist characteristics reinforcing the simplicity and purity of the space.

Formally, the house is kept to its most elementary shape. The two buildings entities are divided by a six-foot wide exterior passage cladded in the same wood as the rest of the envelope. The overall impression gives the illusion that a natural phenomenon has split an initial entity into two distinct parts. The result is a gap that provides direct access to both volumes and to the deck on the southeast facade. Mostly, this passage offers a dramatic perspective framing the landscape behind the house.

The rooms find themselves logically divided inside the home. The main entrance is located within a breach, in the center of the volume, at the intersection of the two corridors; one in the axis of Mount-Orford, leading to the living areas and the other being parallel to the exterior passage provides access to the two bedrooms and a water closet.

As a result, an aura of simplicity and tranquility is induced from this dwelling, leaving room for the contemplation of the surrounding natural landscape. 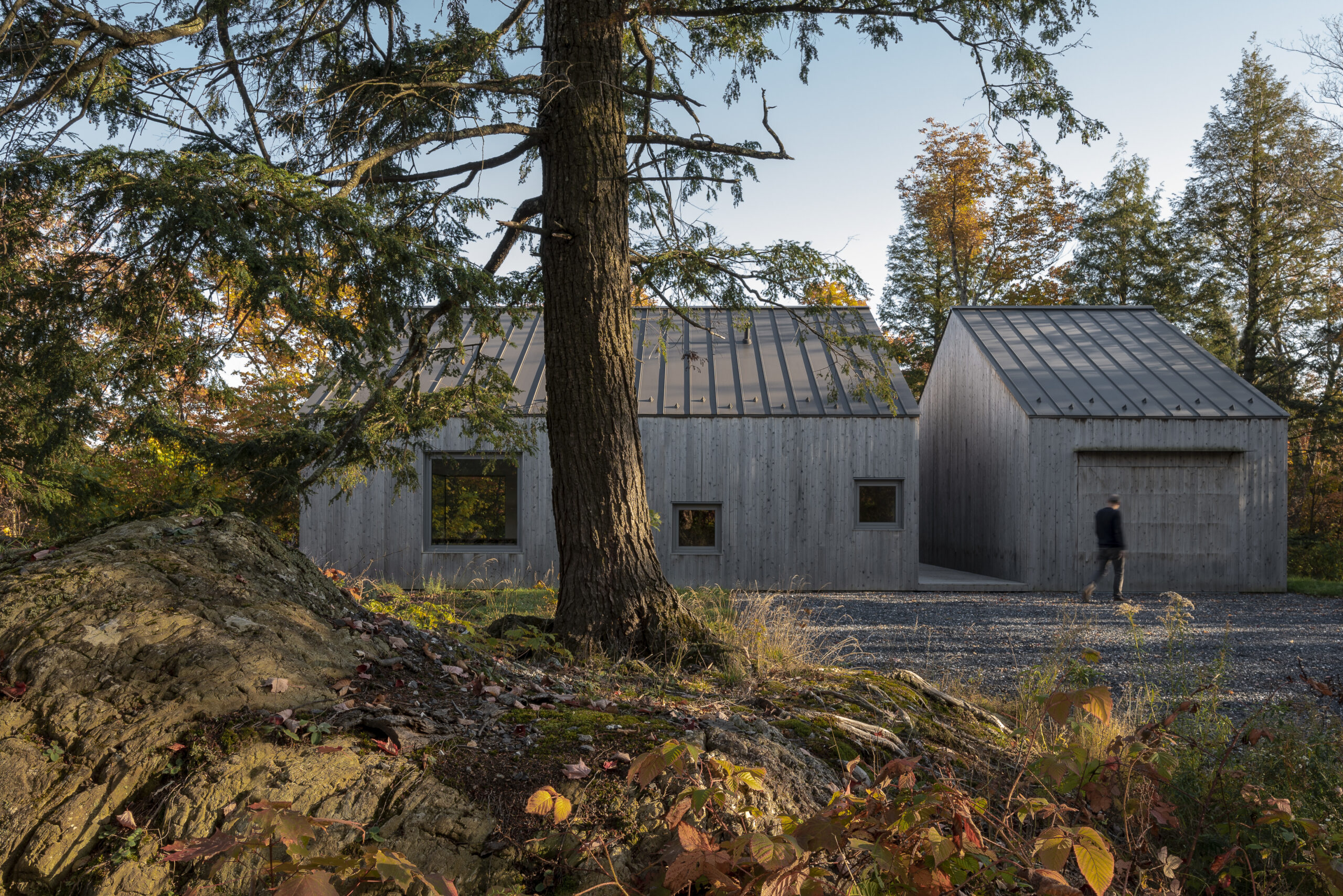 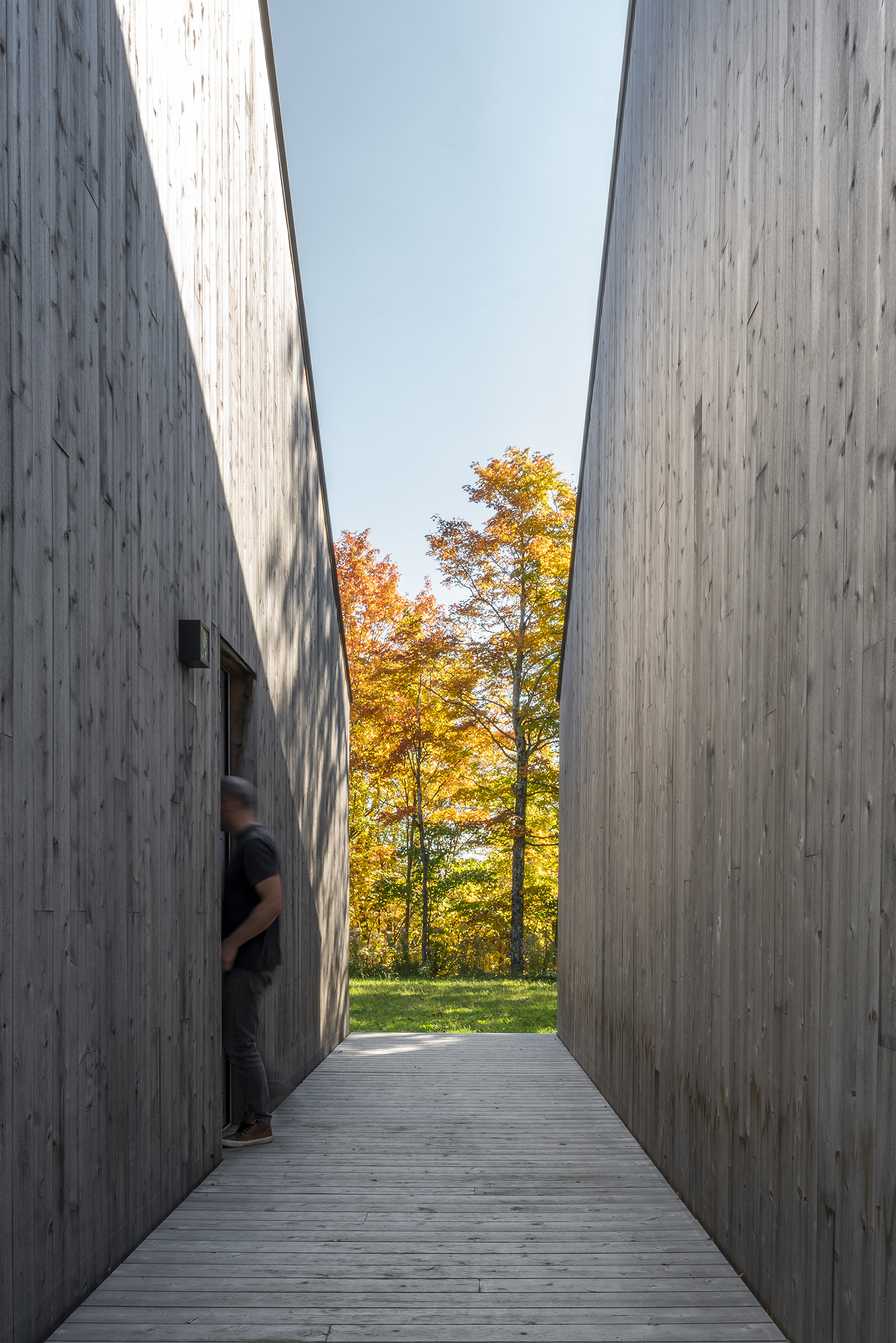 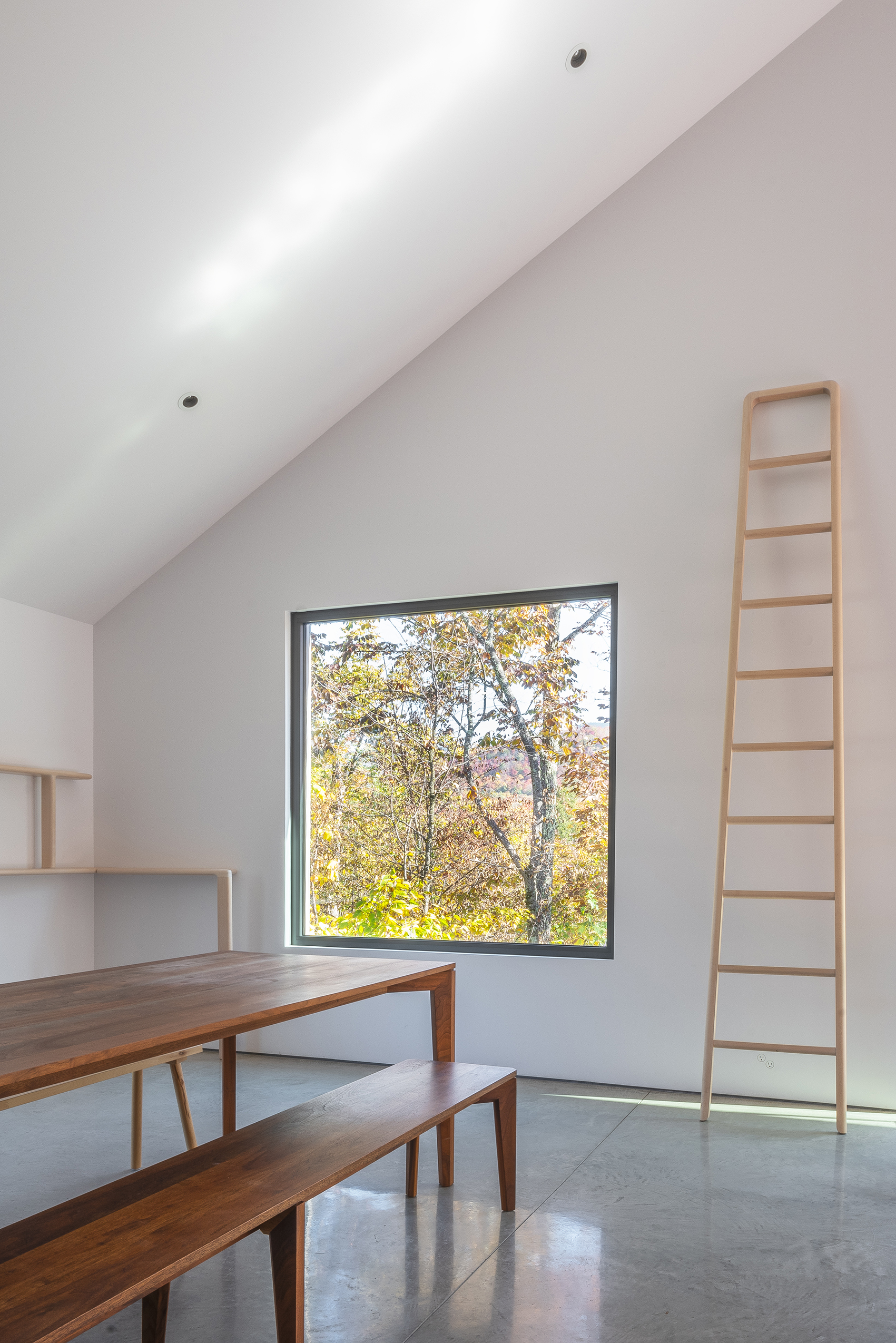 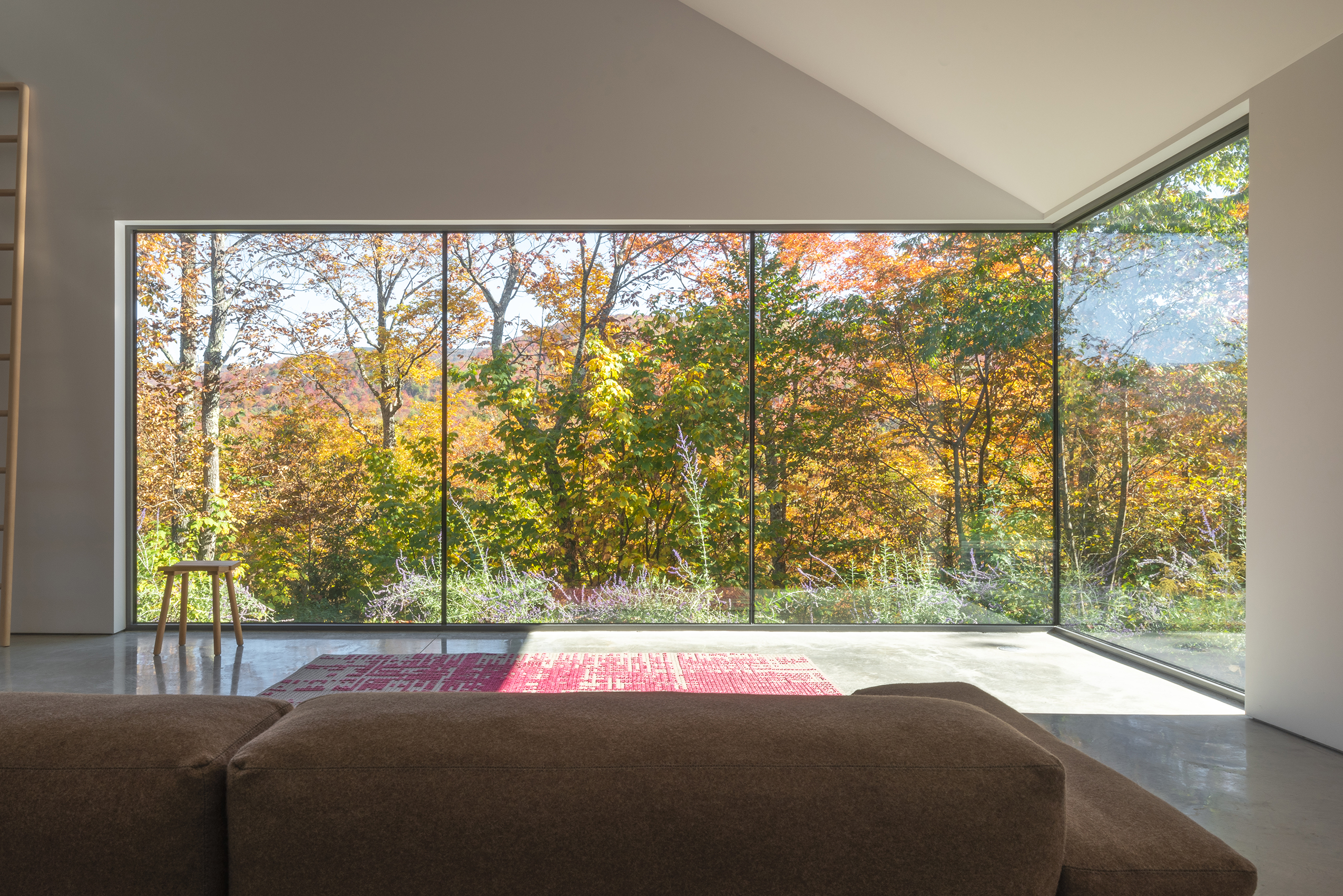 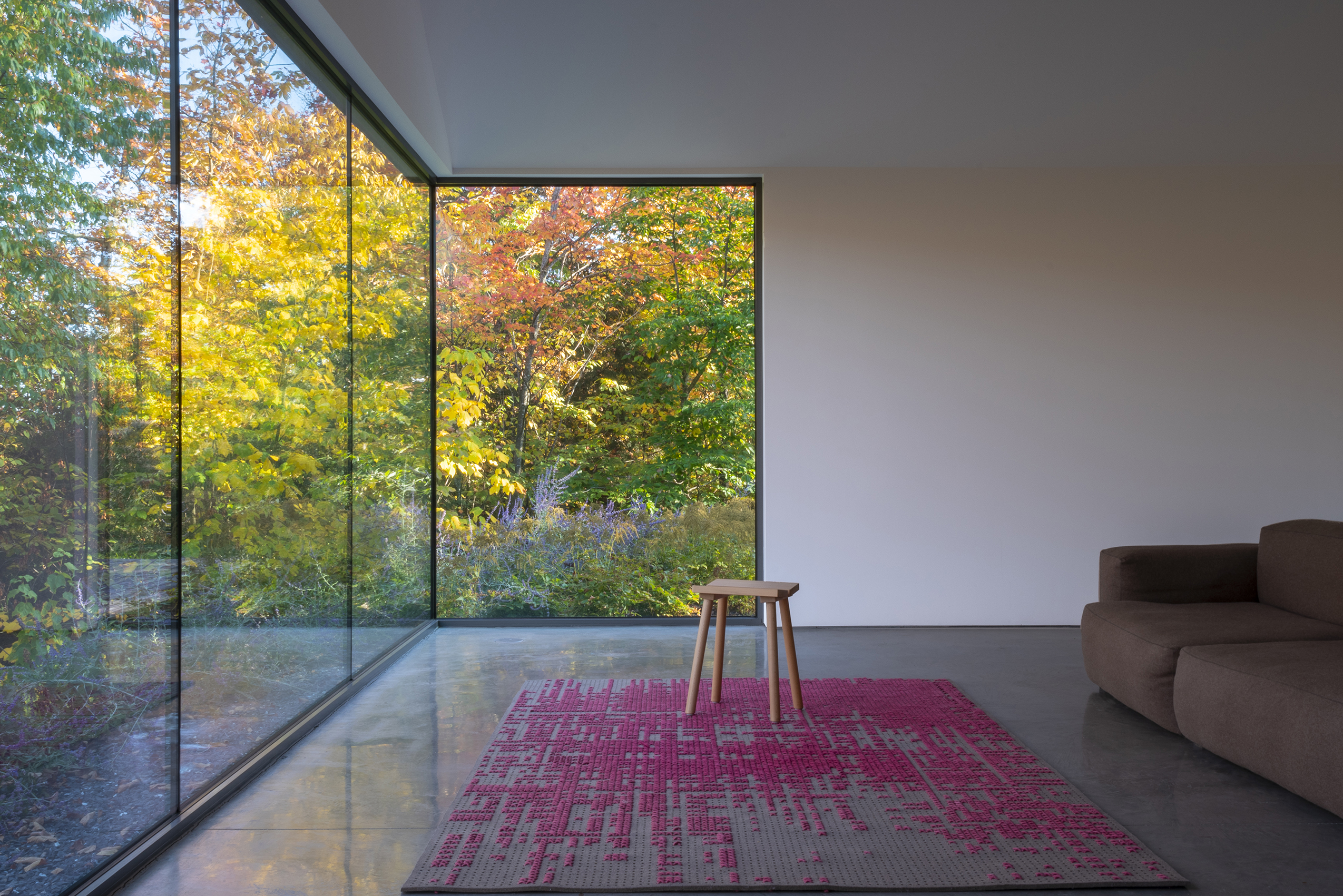 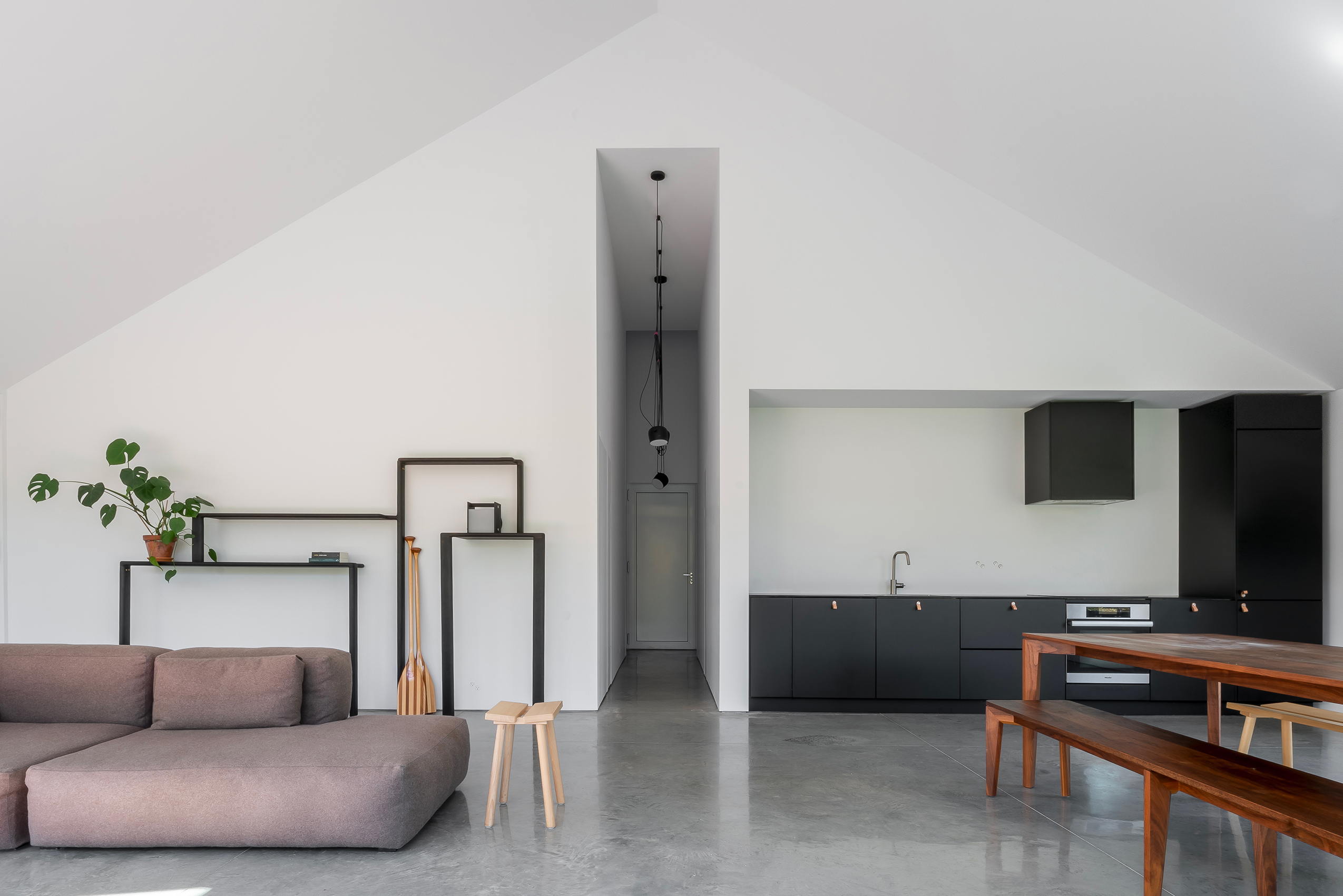 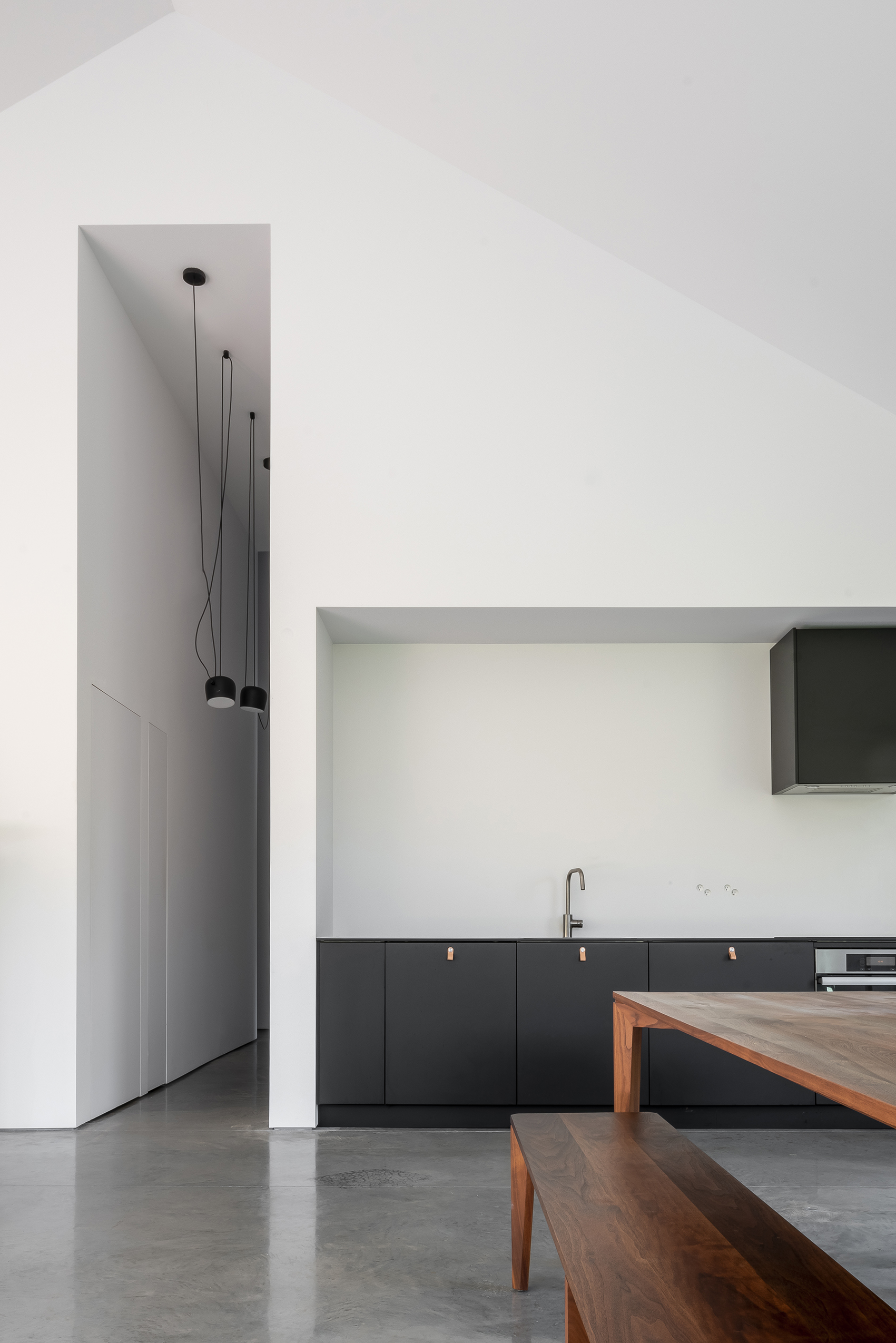 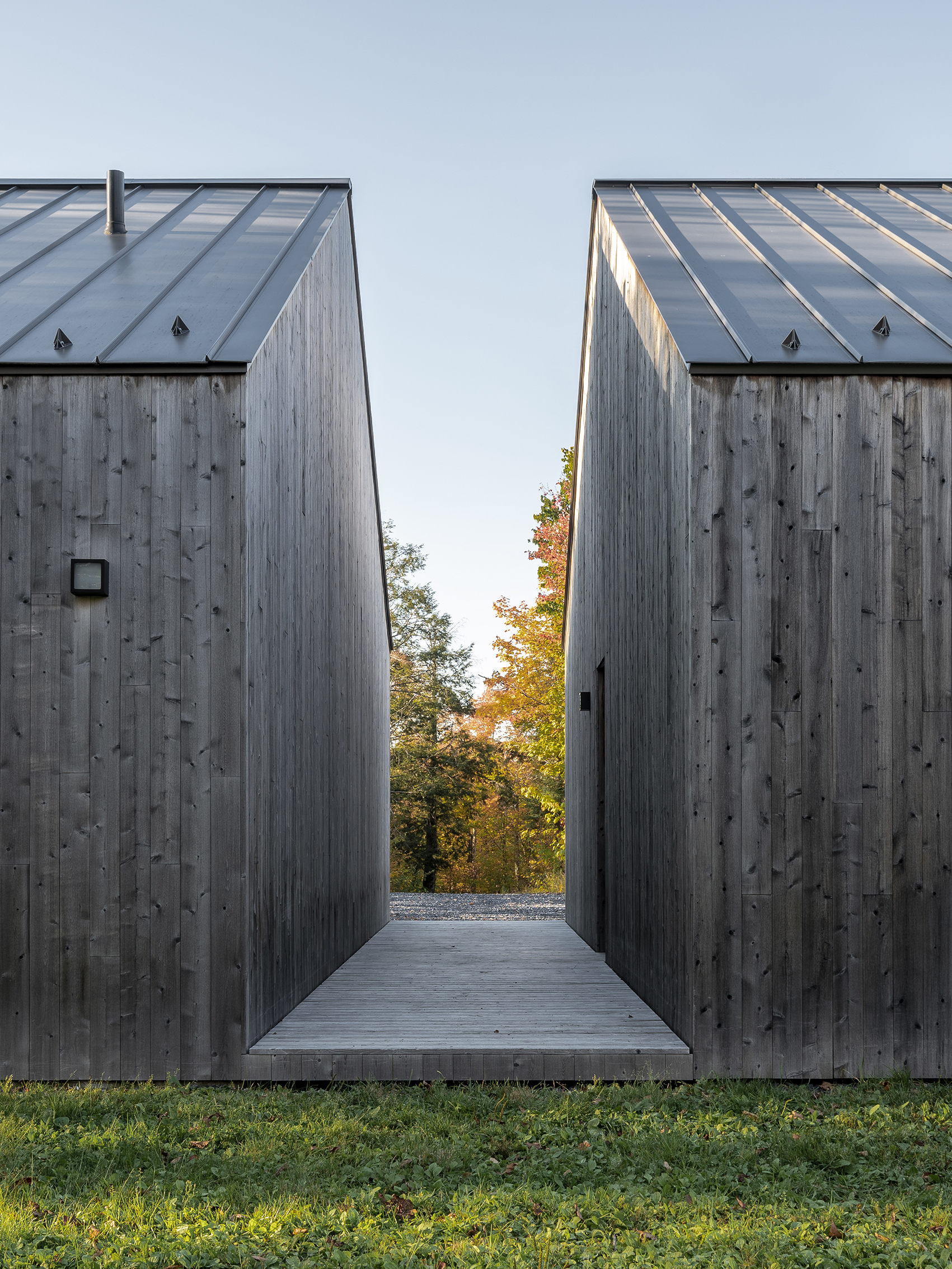 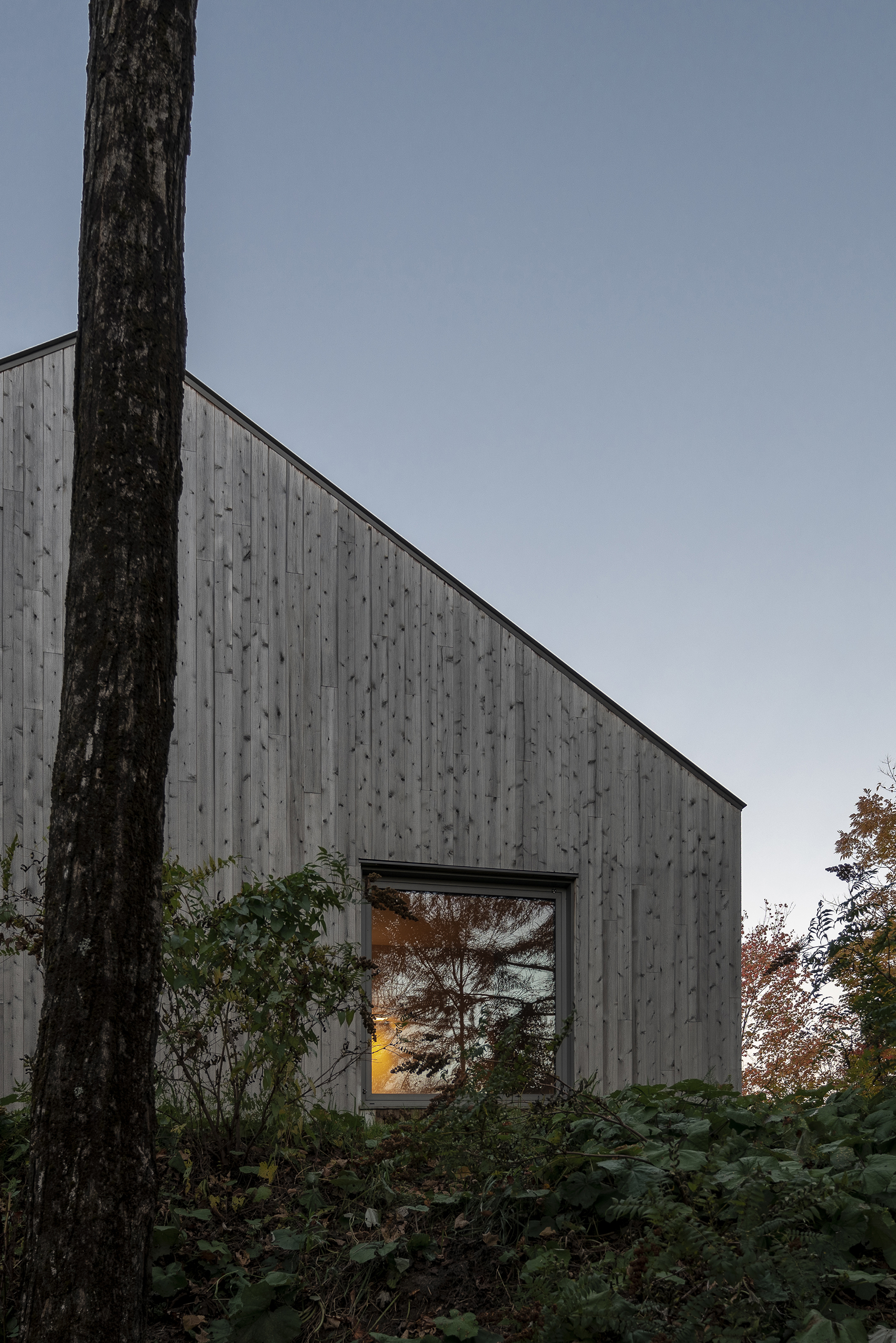 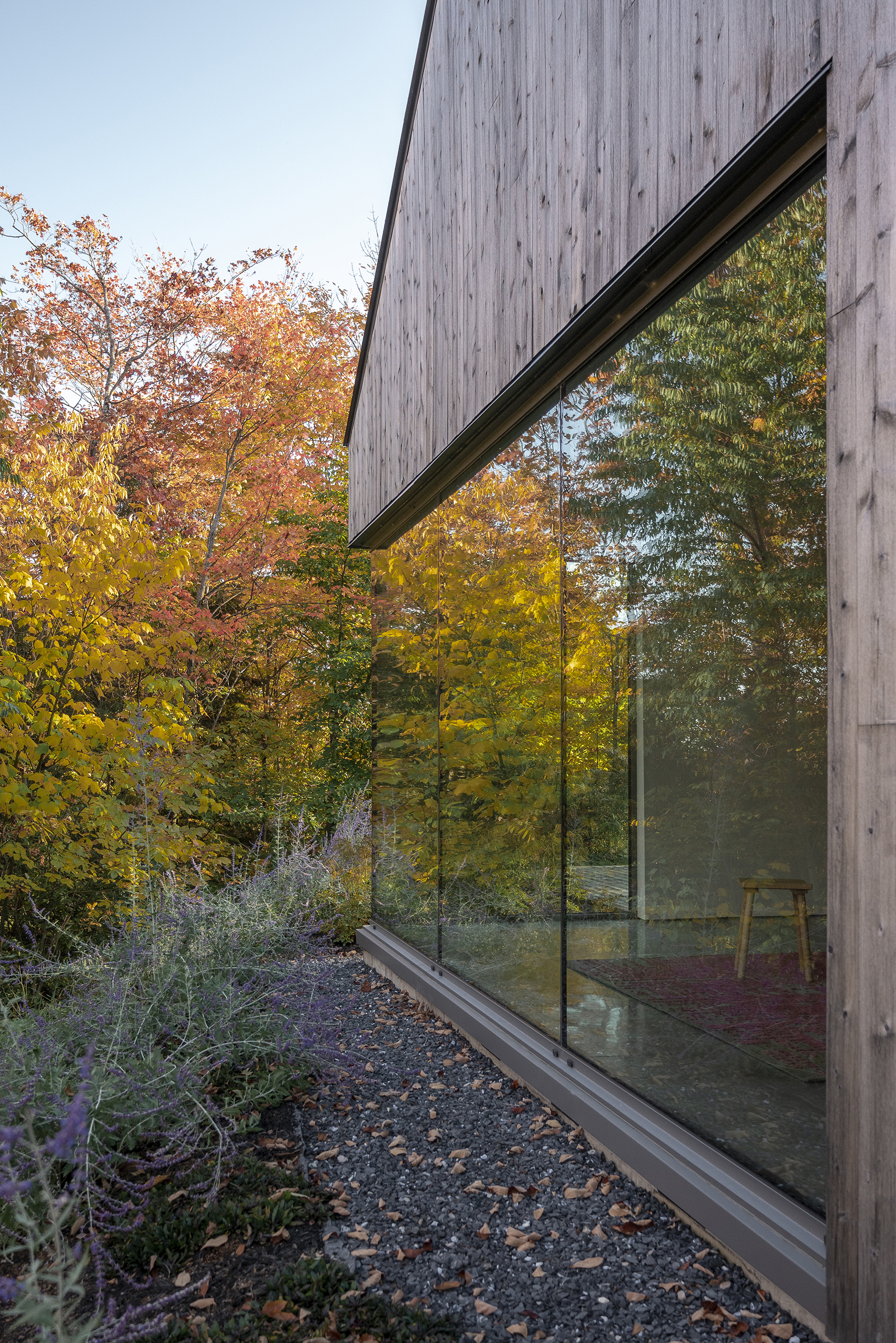 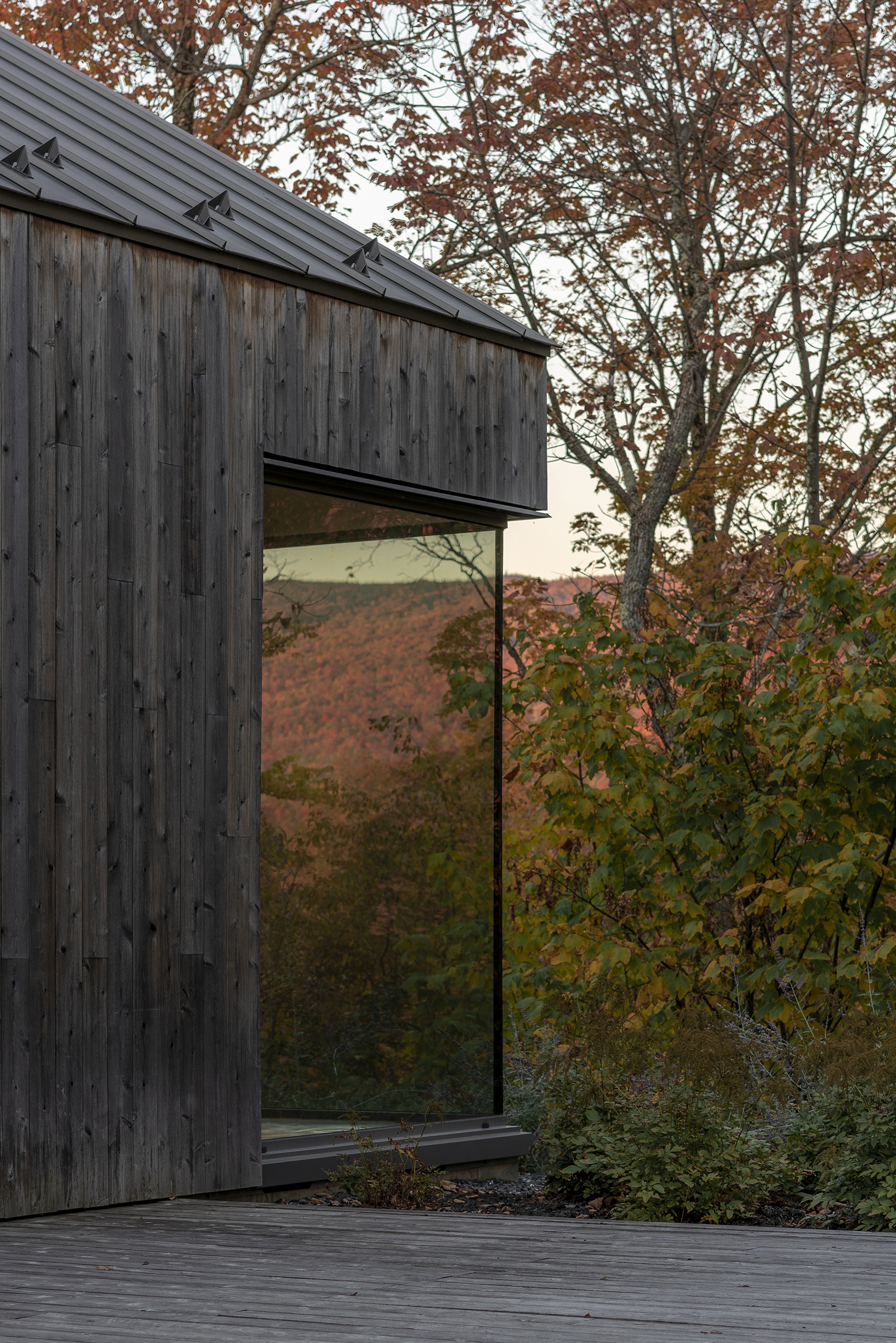 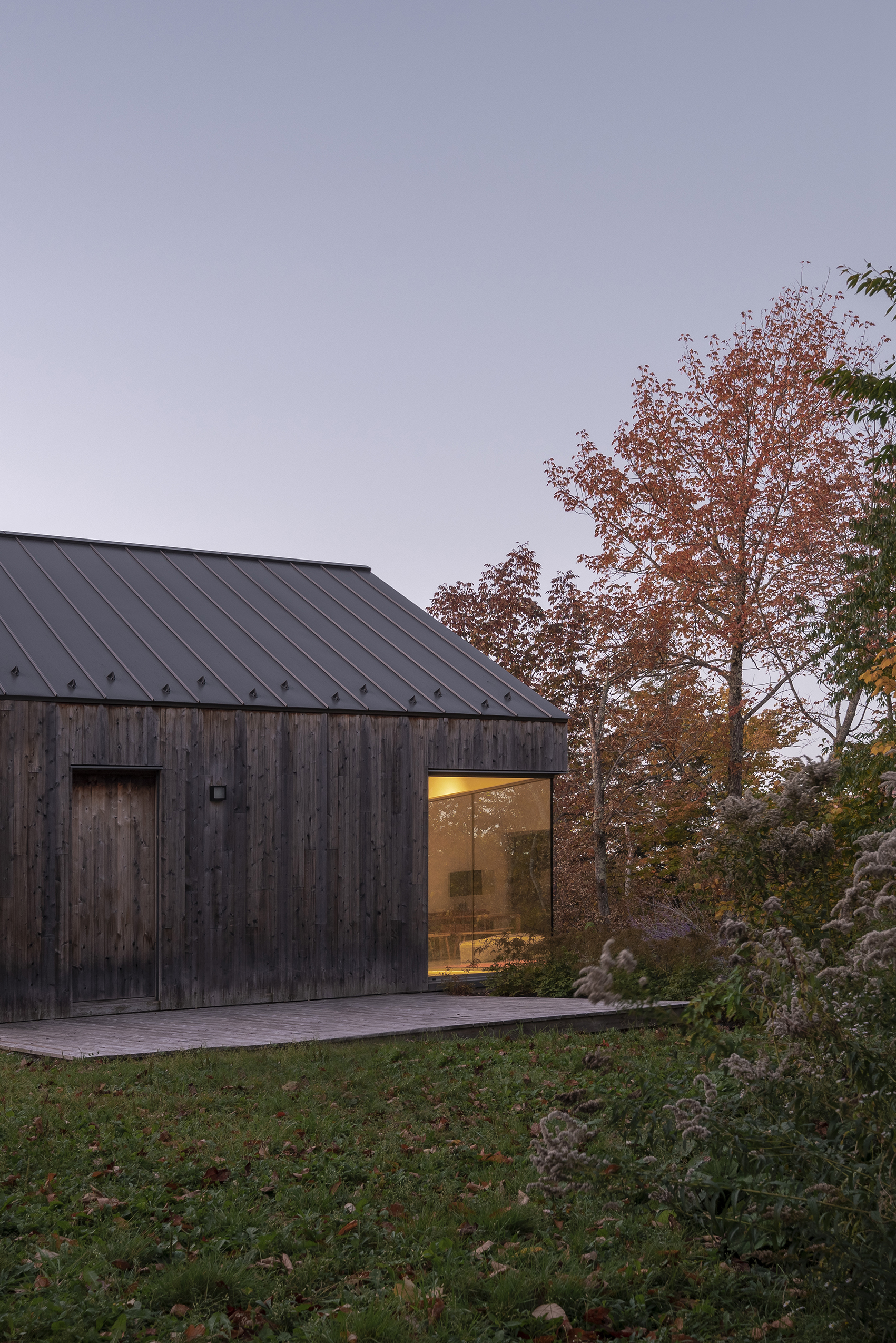 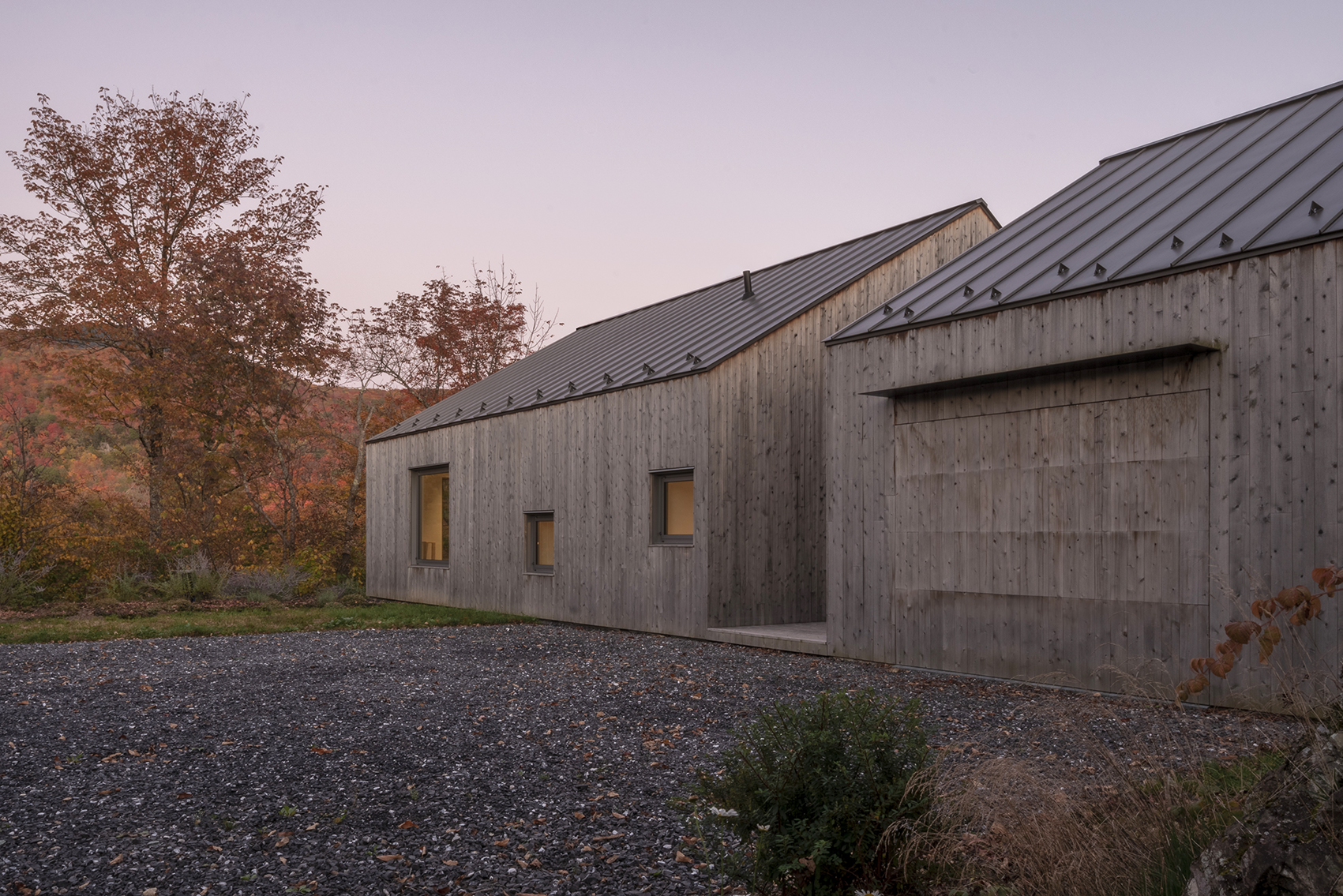 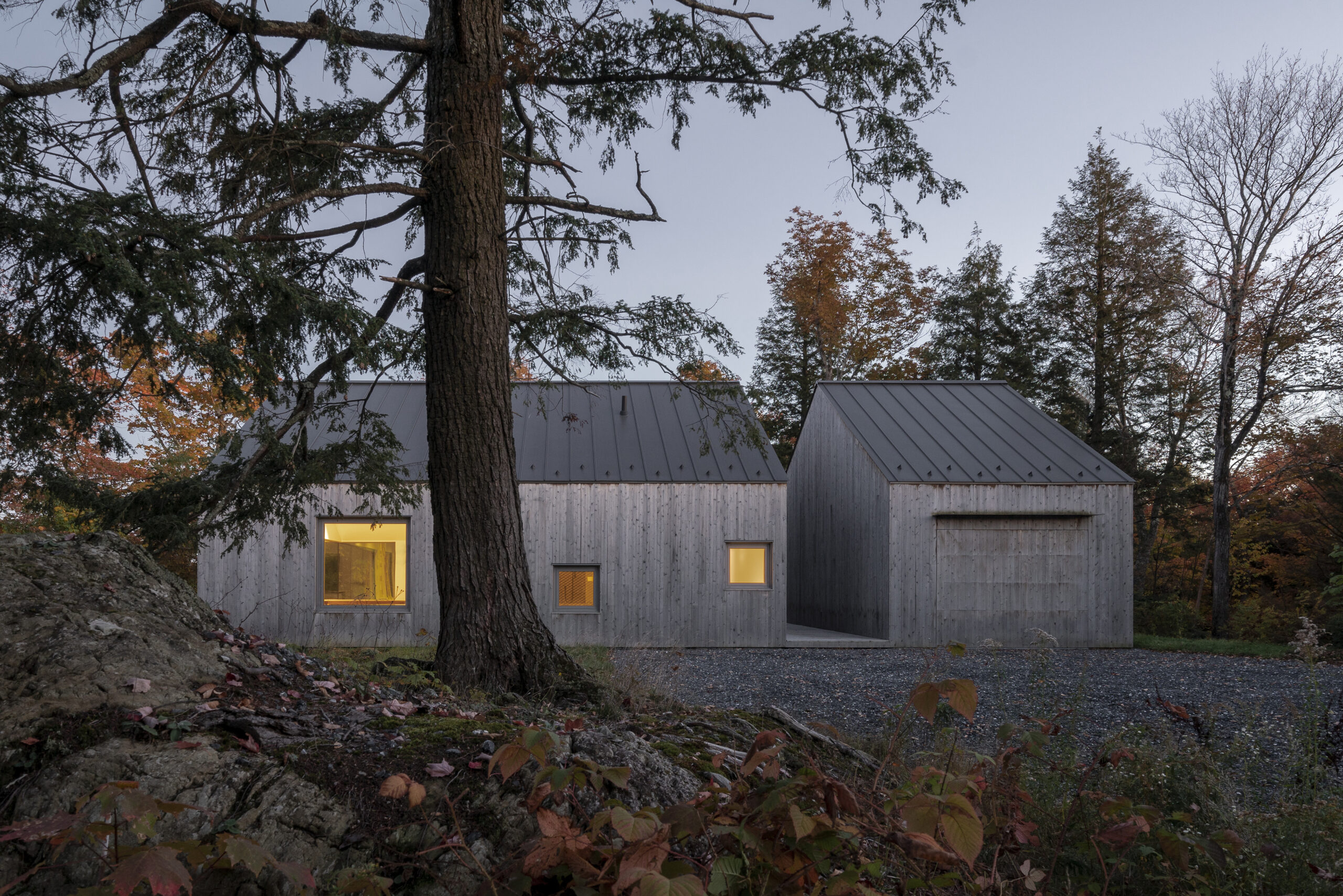 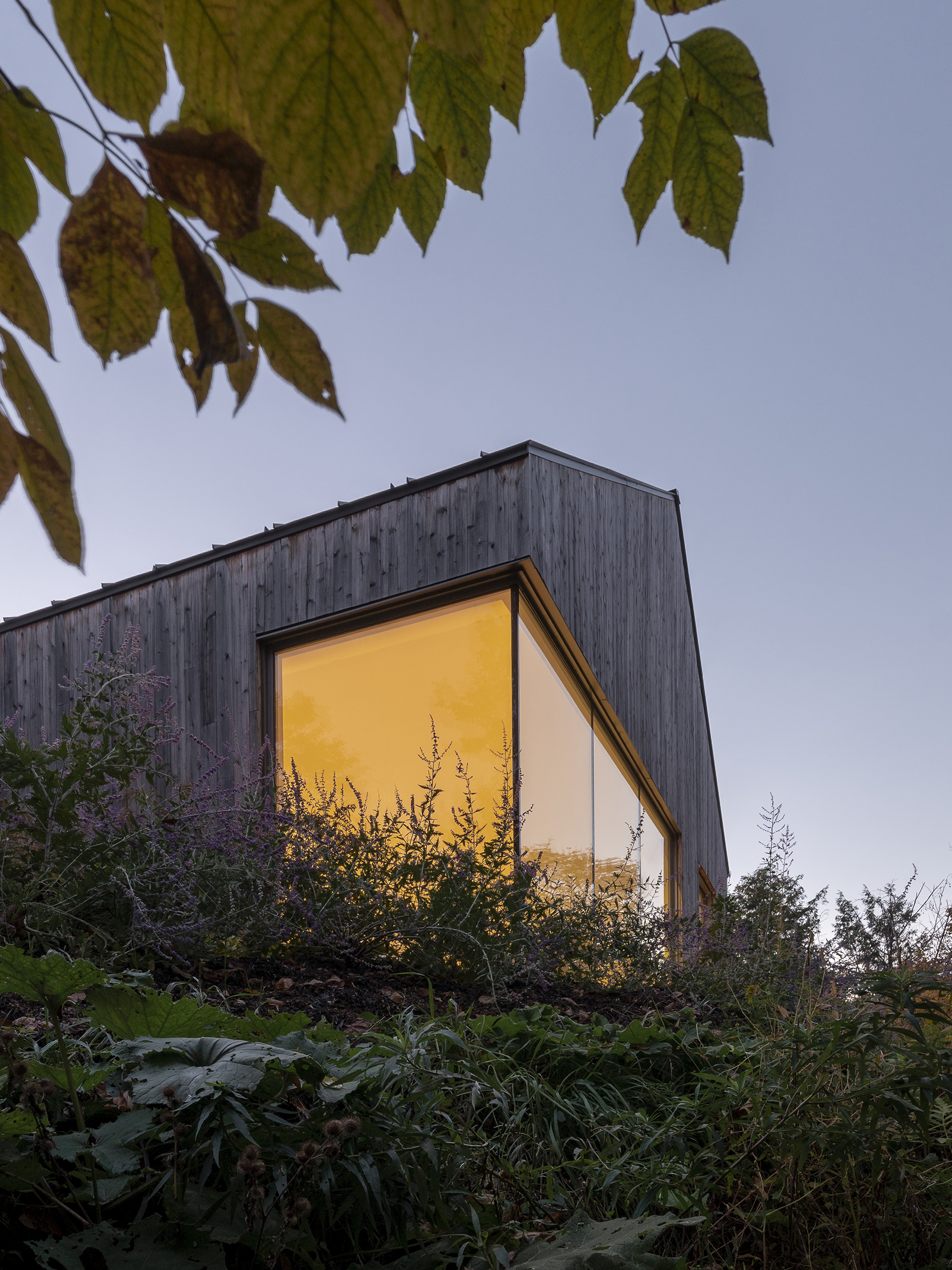 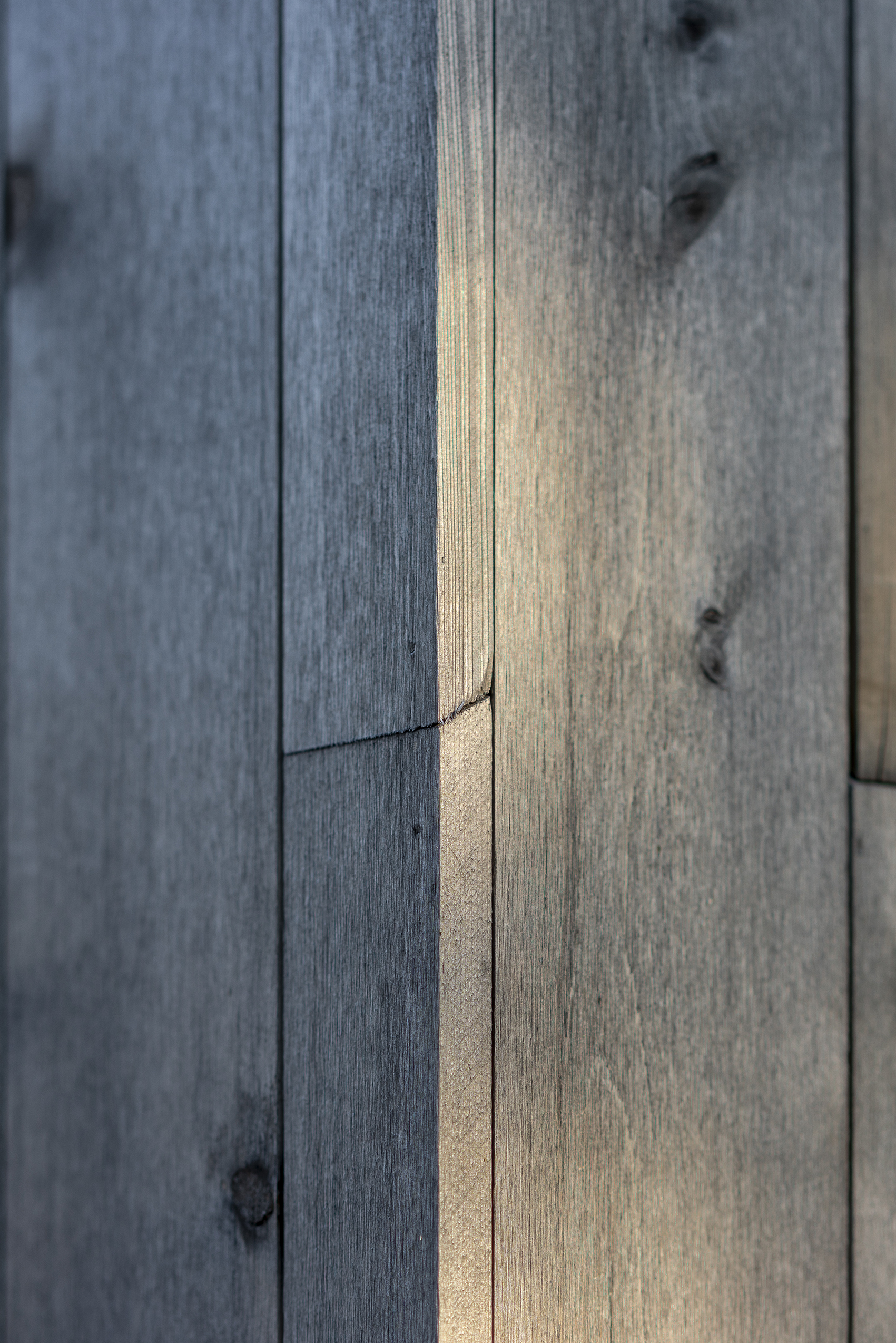 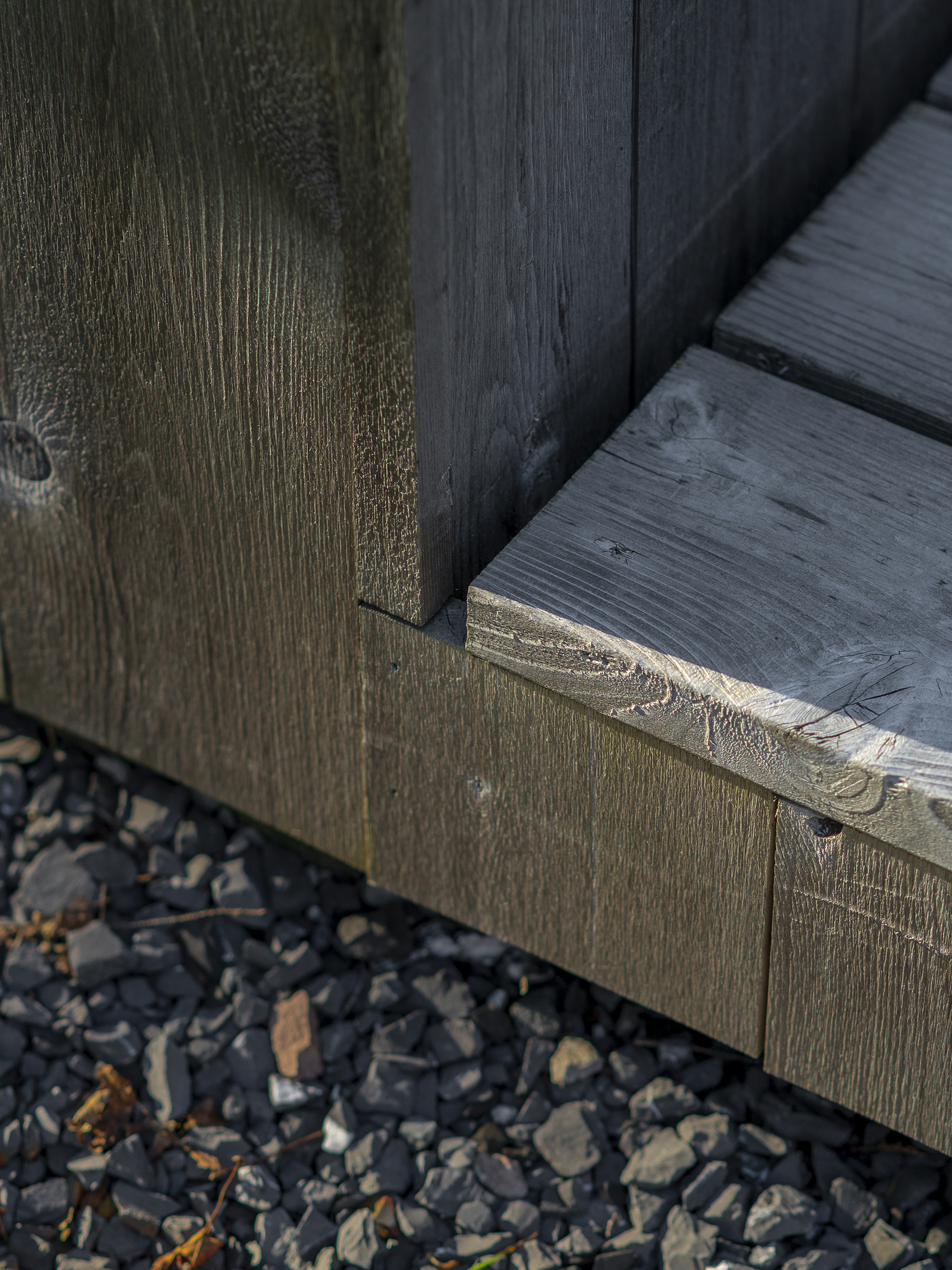 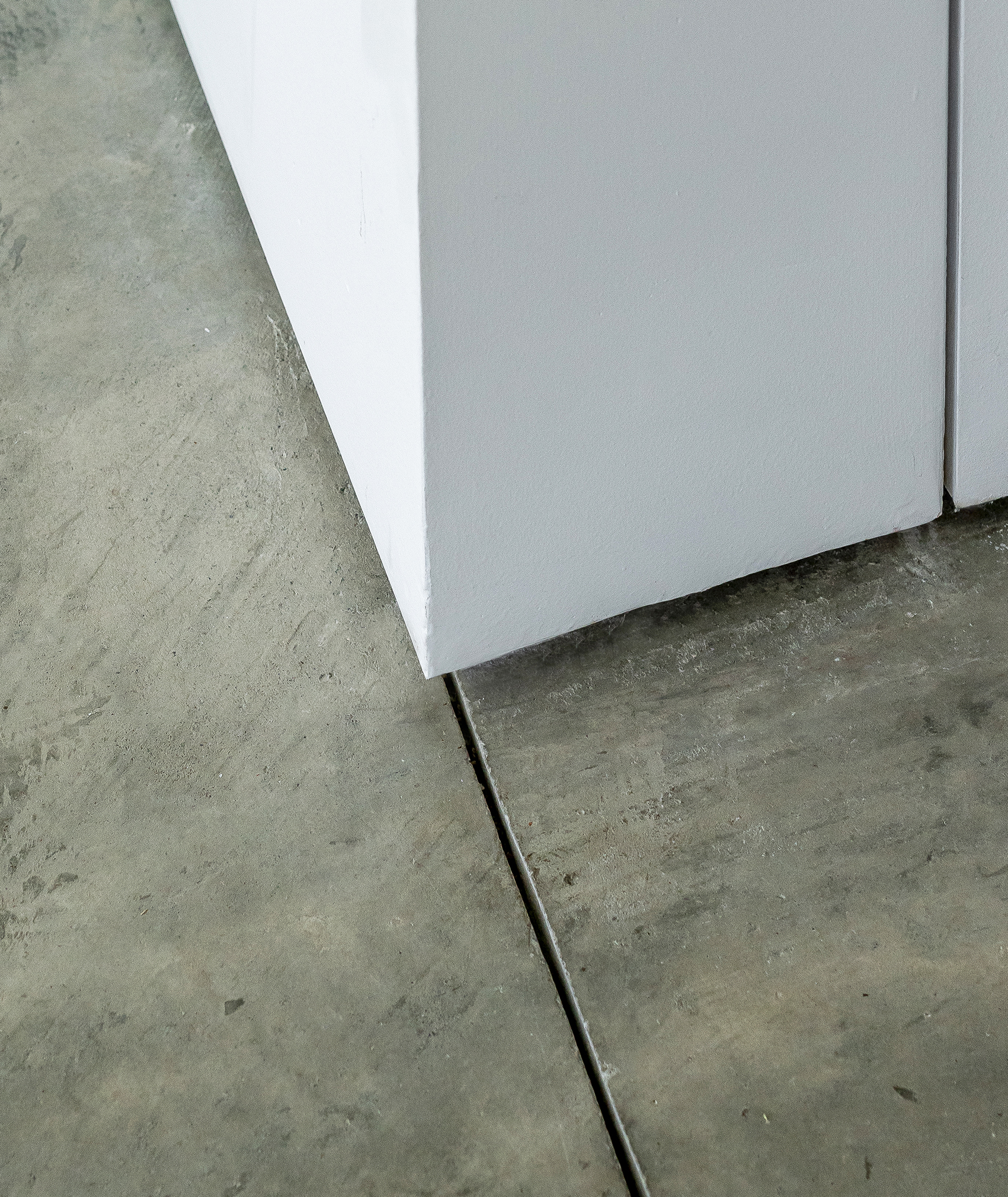 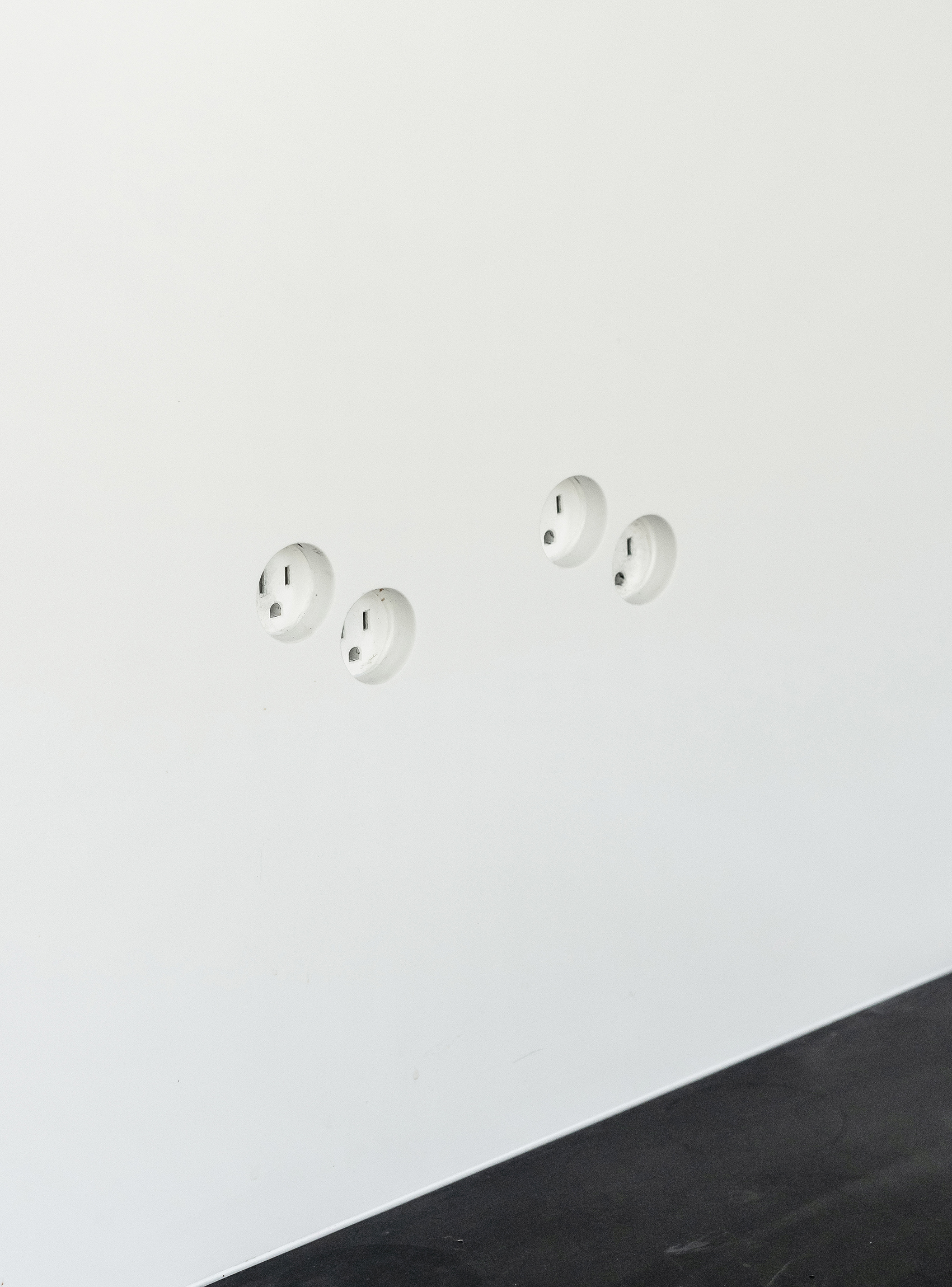 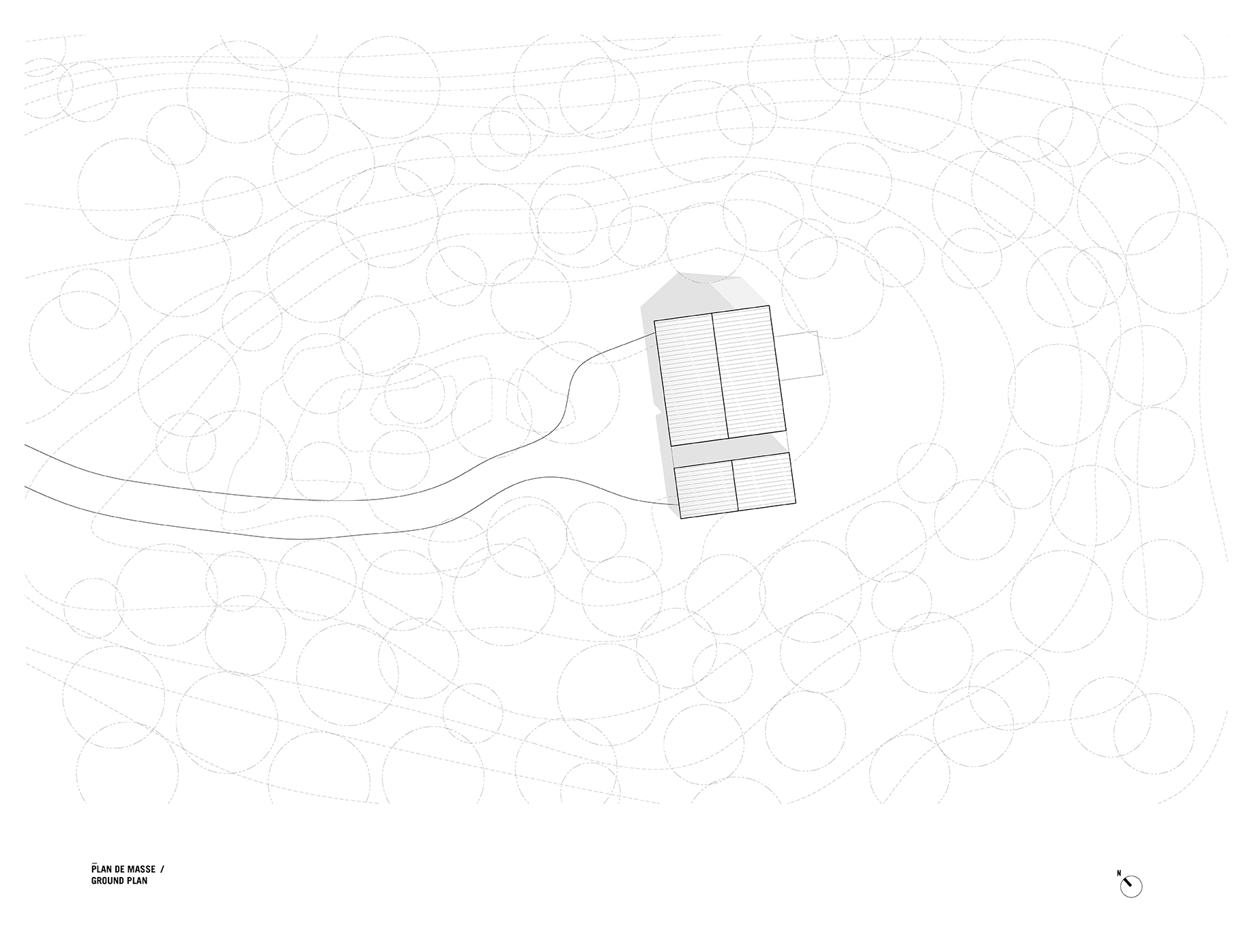 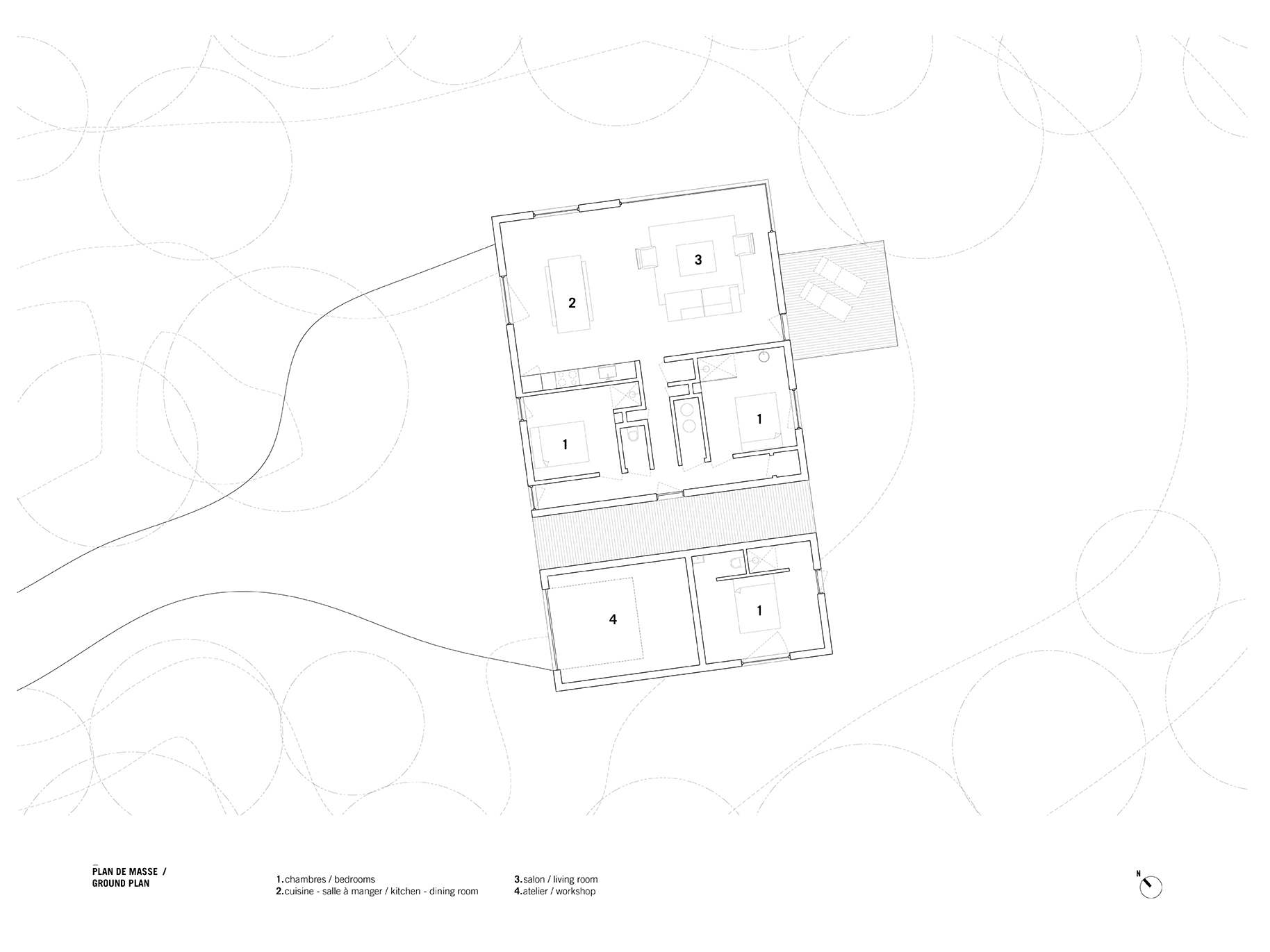 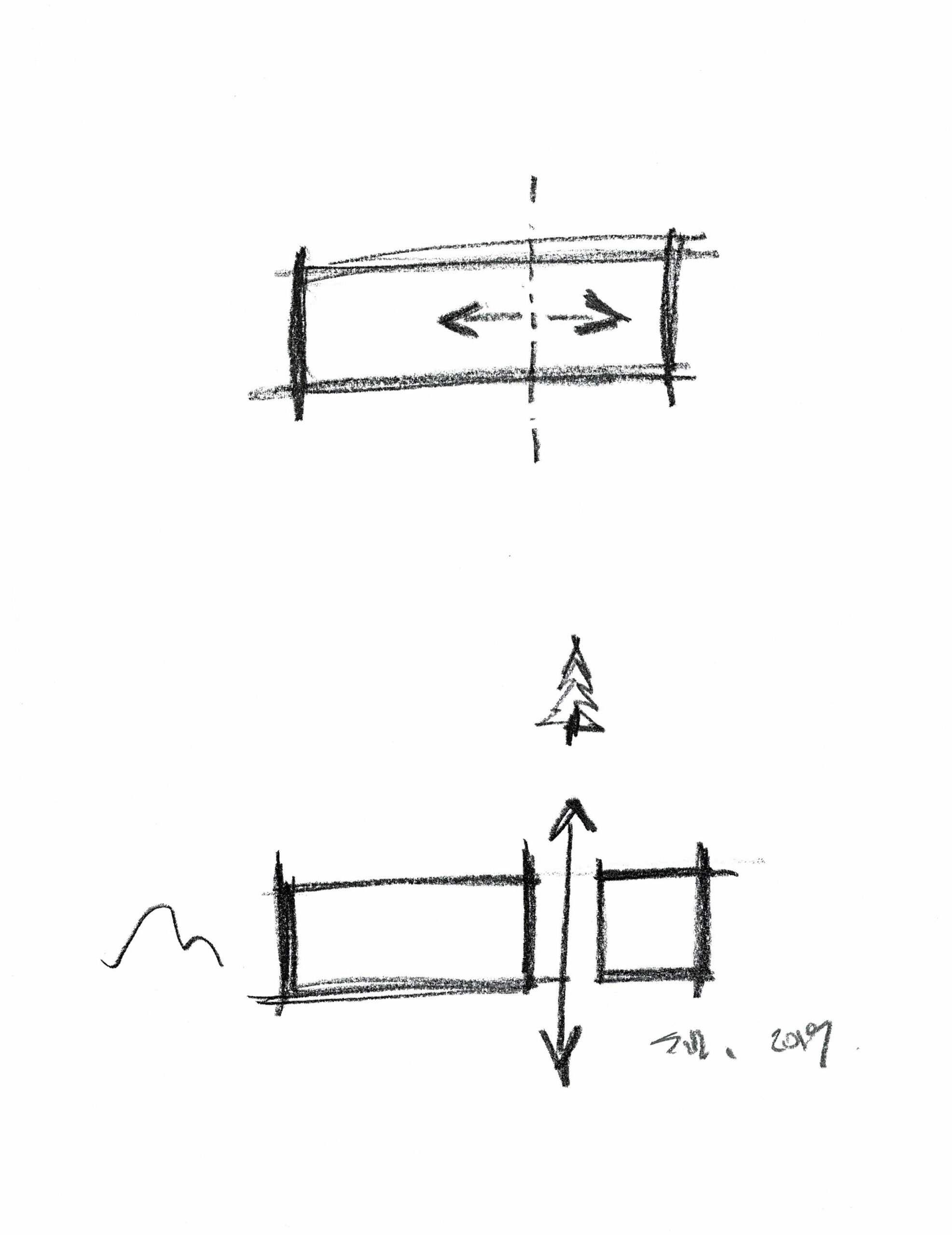