At the foot of Mount Shefford, an on-site visit reveals the presence of a pinewood with a regular pattern. The verticality of the bald trunks at the base gives way to a denser canopy at the top, sheltering a ground strewn with thorns.

Developed for the Lab-École proposal competition, this new school concept is inspired by the pine forest pattern. A regular structure of 3 by 3 meters is materialized by a series of columns raising a minimalist roof. This one shelters a series of boxes playing on a juxtaposition of volumes, recalling an assembly game for children.
Four volumes piercing the roof express the classes and the gymnasium. Their green roofs are visible from the mountain paths.

Perceptible on the ground, the motif aims to develop children’s imagination by offering them a support to invent new games. Acting as a transition between the built and the unbuilt, it gradually disappears on the periphery of the school to make way for the natural environment.

Made of steel and solid wood, the posts form a three-dimensional waving canvas reproducing the topography of Mount Shefford. 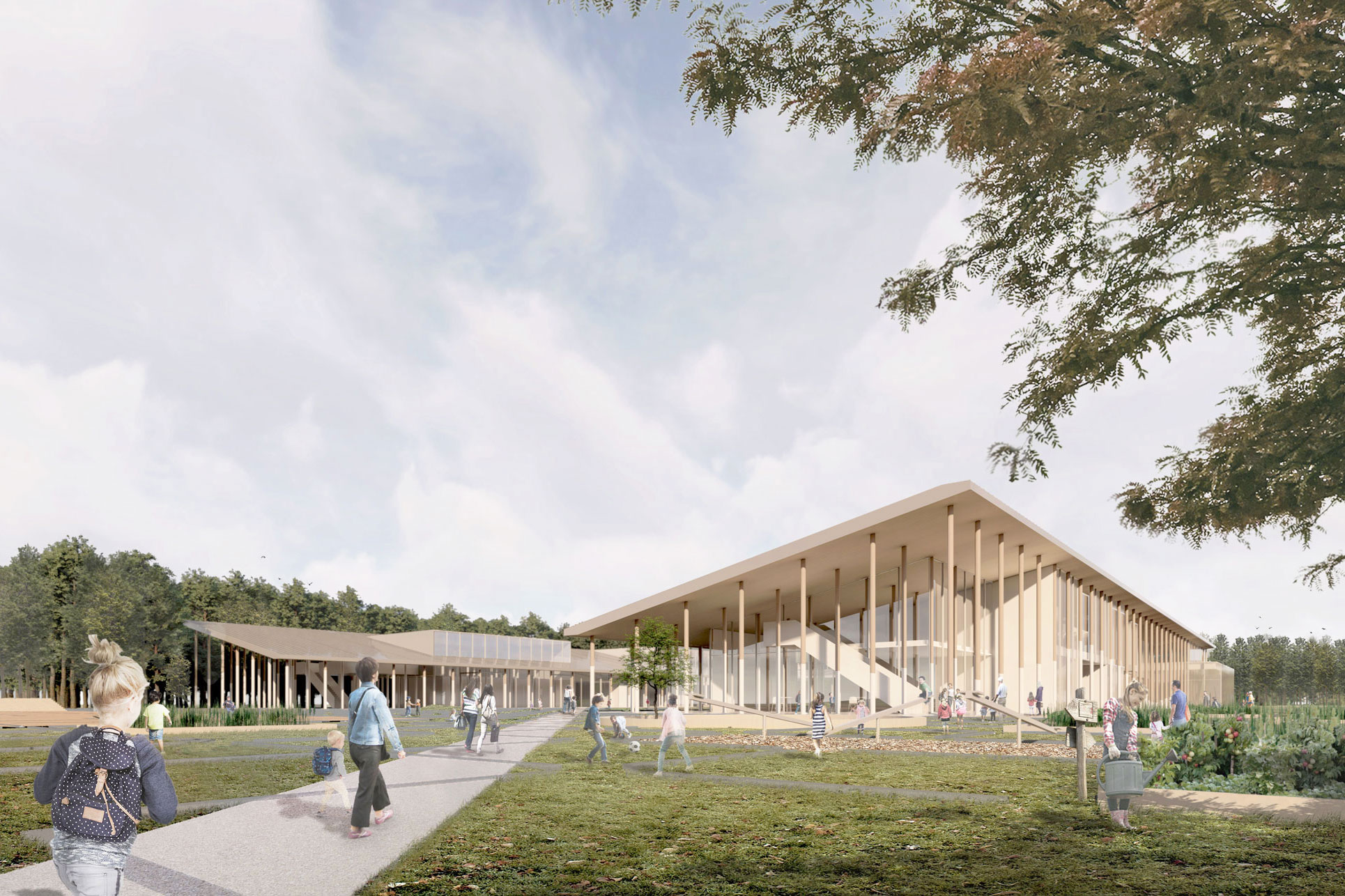 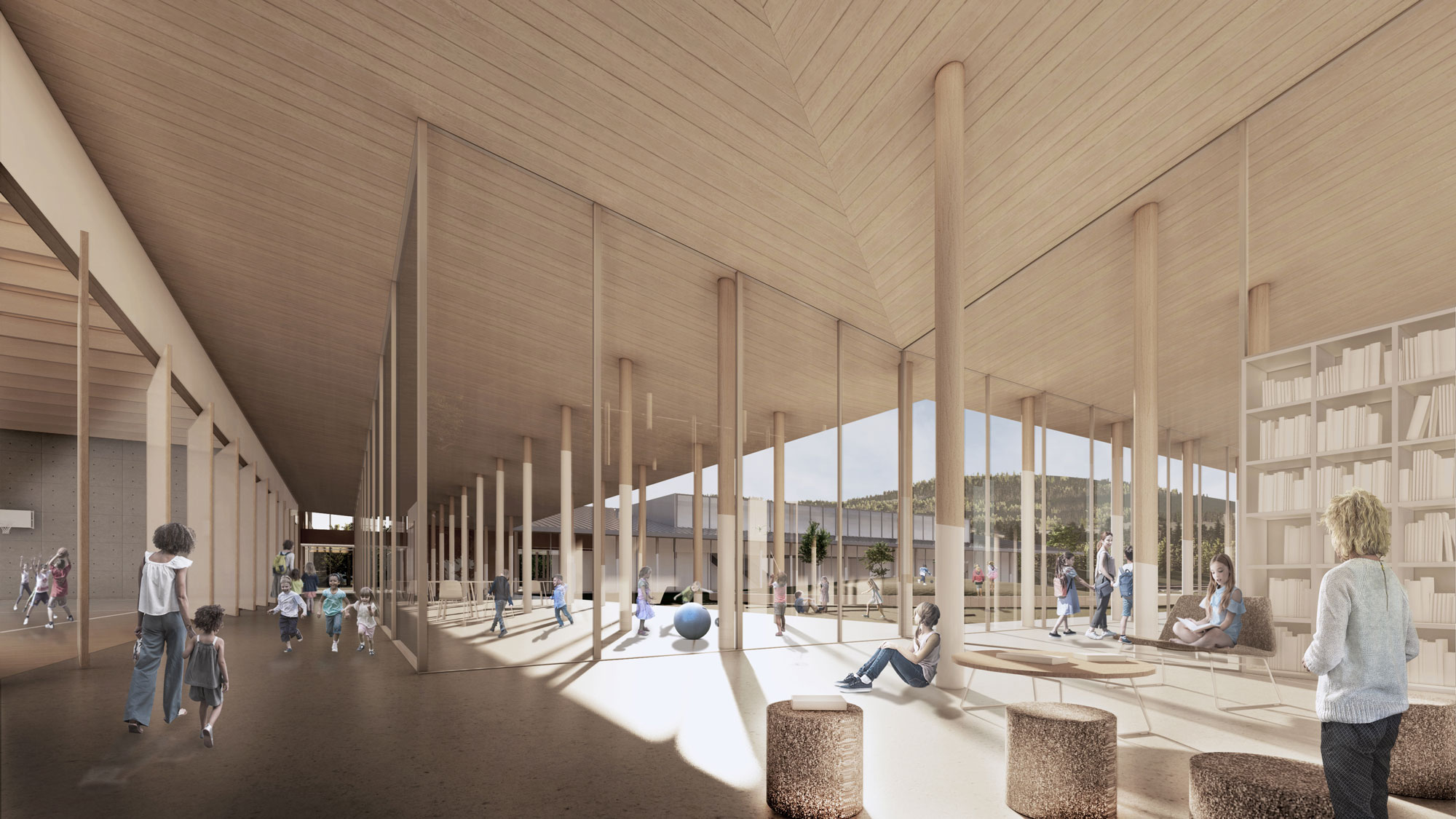 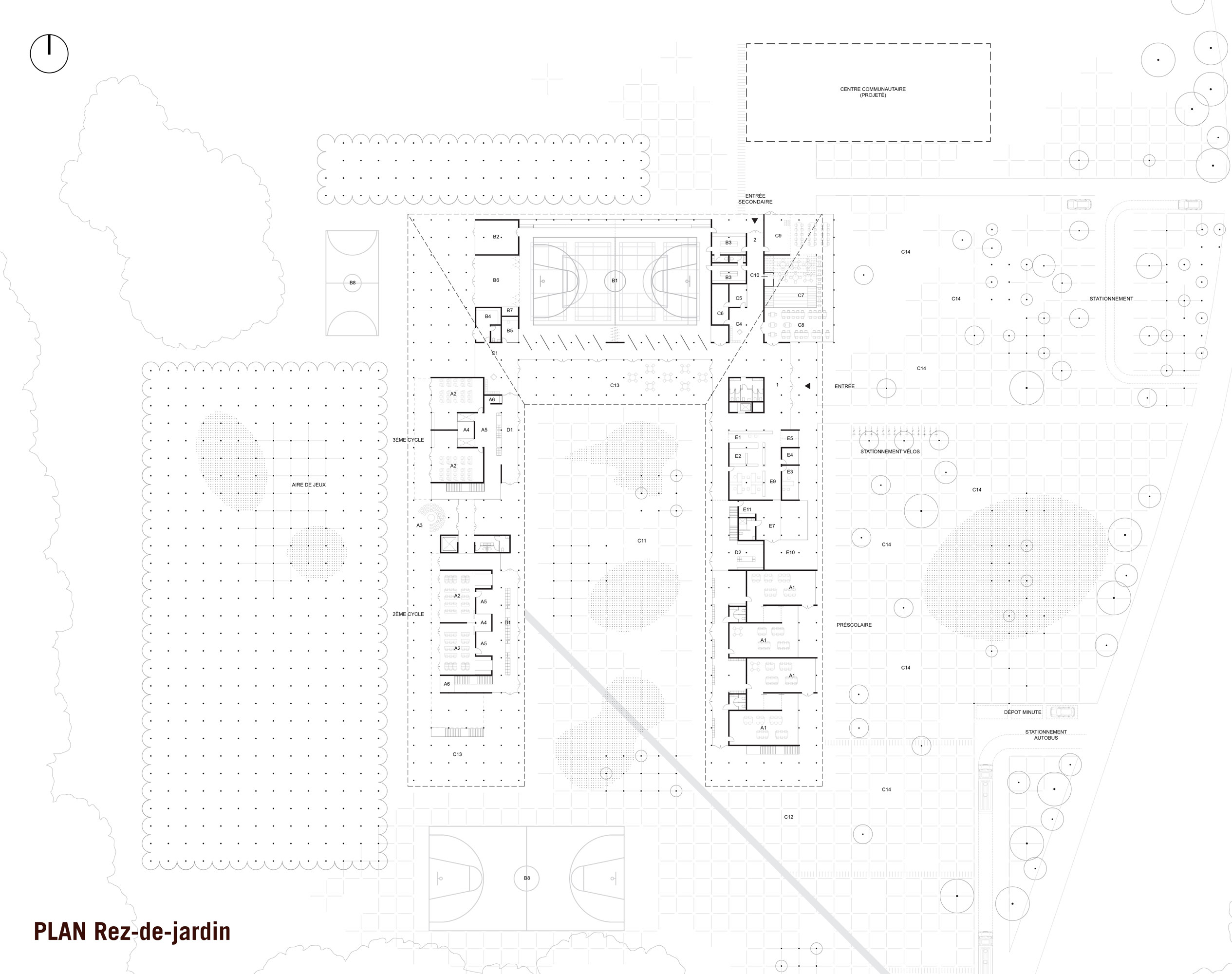 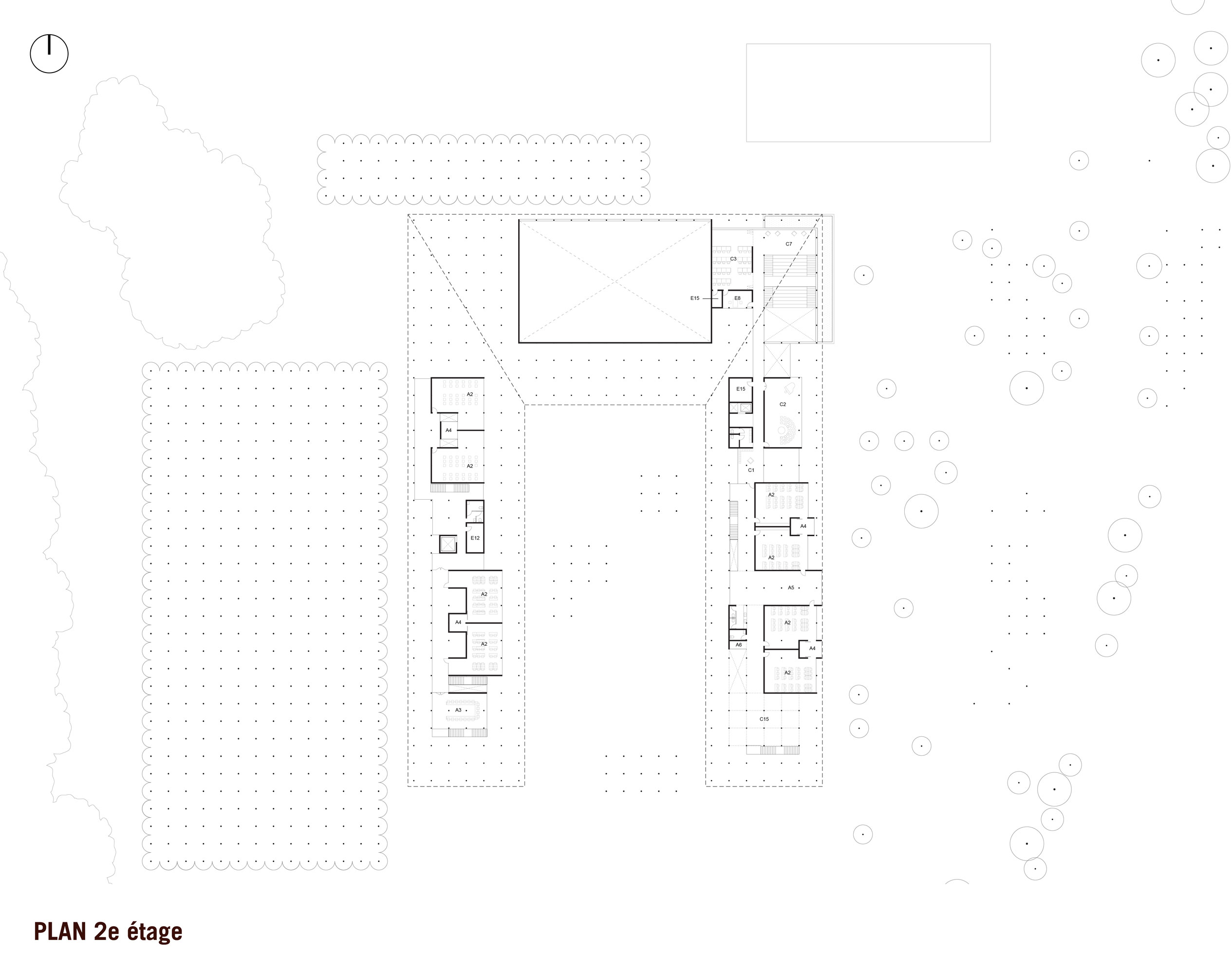 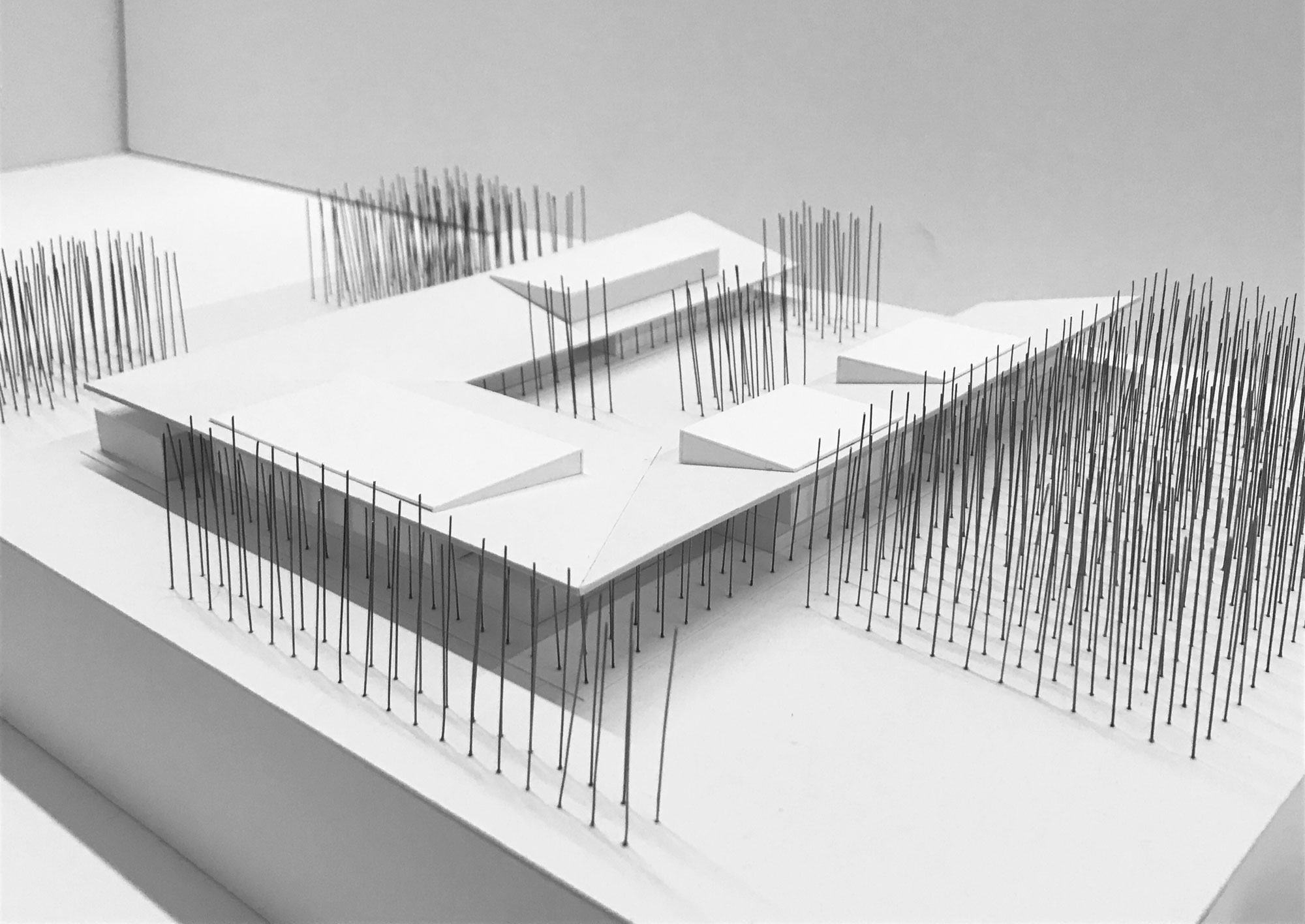 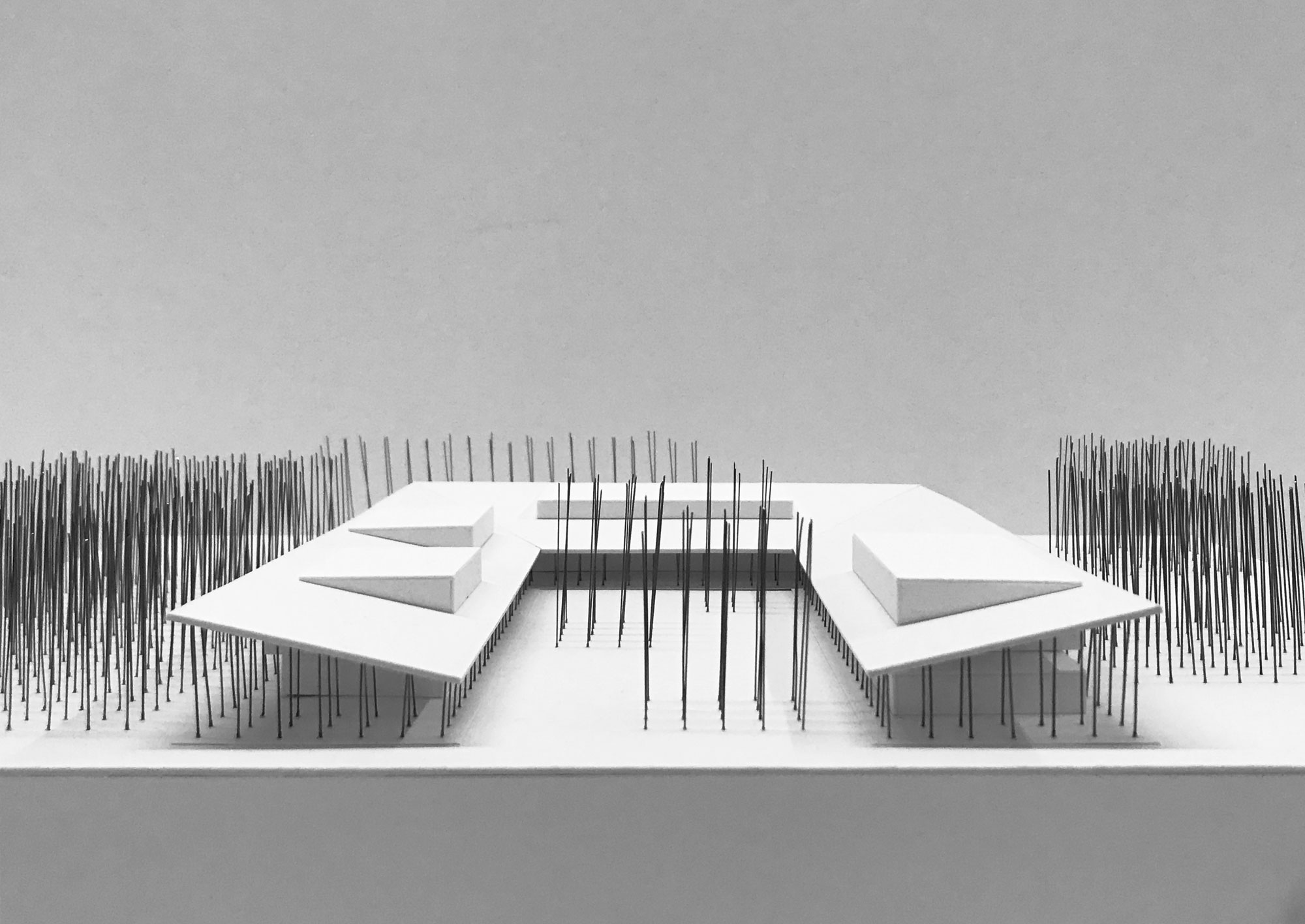 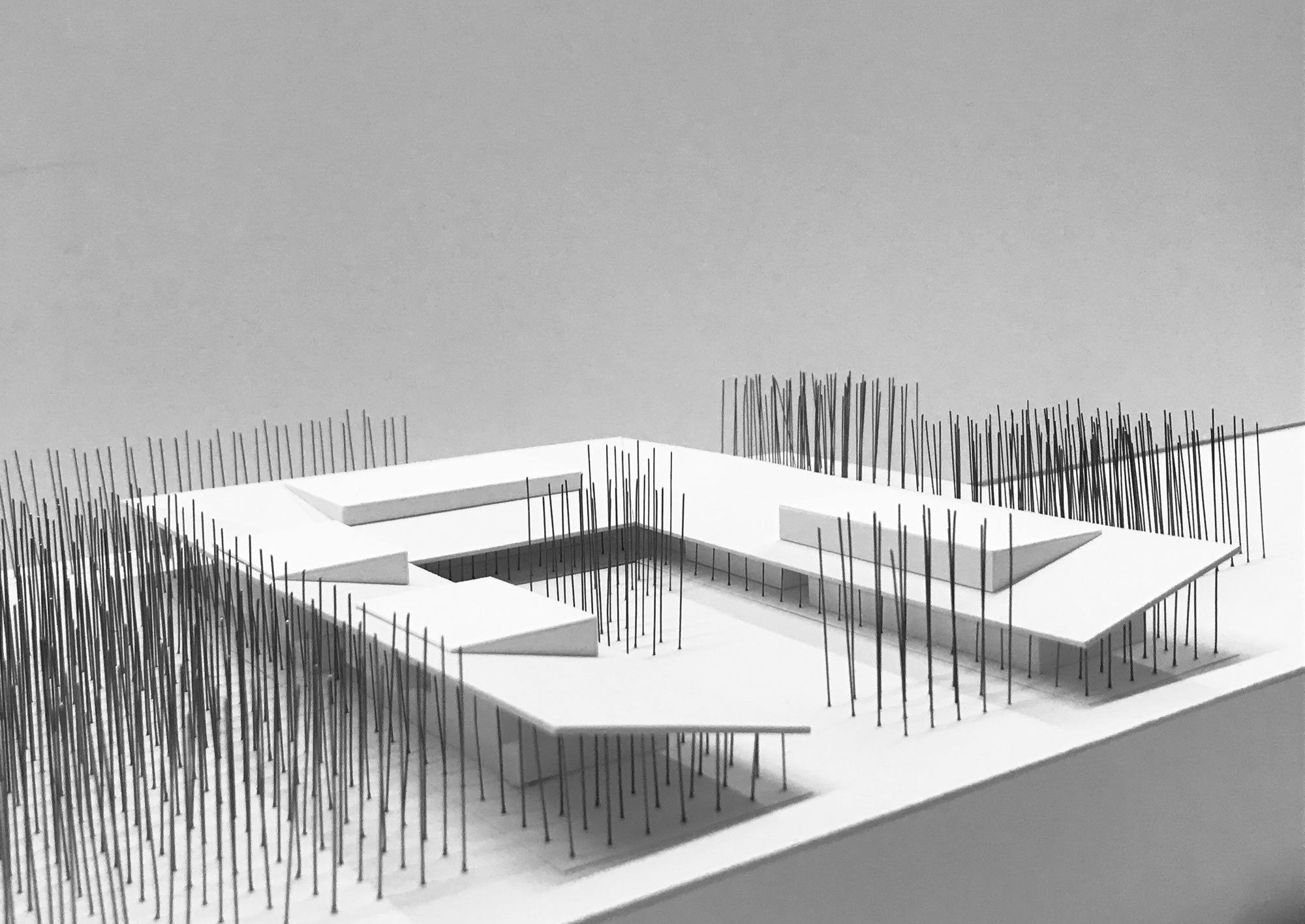