The project was carried out in an old residence built at the foot of Mount Royal around the 1860s for Dr. McCulloch, after whom the avenue would later be named. The residence was subsequently divided into two houses. The project aimed to expand one of the two divisions so the owners would have a new kitchen and an art studio.

The sharp shape of the extension is dictated by the land’s angle setbacks. Its black materials echo the nuances of the works of art made by the owner, a graphite pencil artist, and interact with the grey stones of the century-old house. Like a sculpture, the bricked ground floor acts as a base for the studio, which is covered with black zinc cladding. Vertical steel screens create intimacy on the street angle while revealing Mount Royal’s forest behind.

Inside, special attention was given to transitions in materials to foster a flowing perception of the old and new sections. The idea was to keep the original components of the house while incorporating modern elements such as the main staircase and the Russian birch integrated furniture. Discovered during the renovations, the wooden square wall is the masterpiece of the dining room. In the addition, the focus is on a central midnight-blue block that is used for storage on the kitchen side and for bicycles and skateboards on the secondary entrance side. 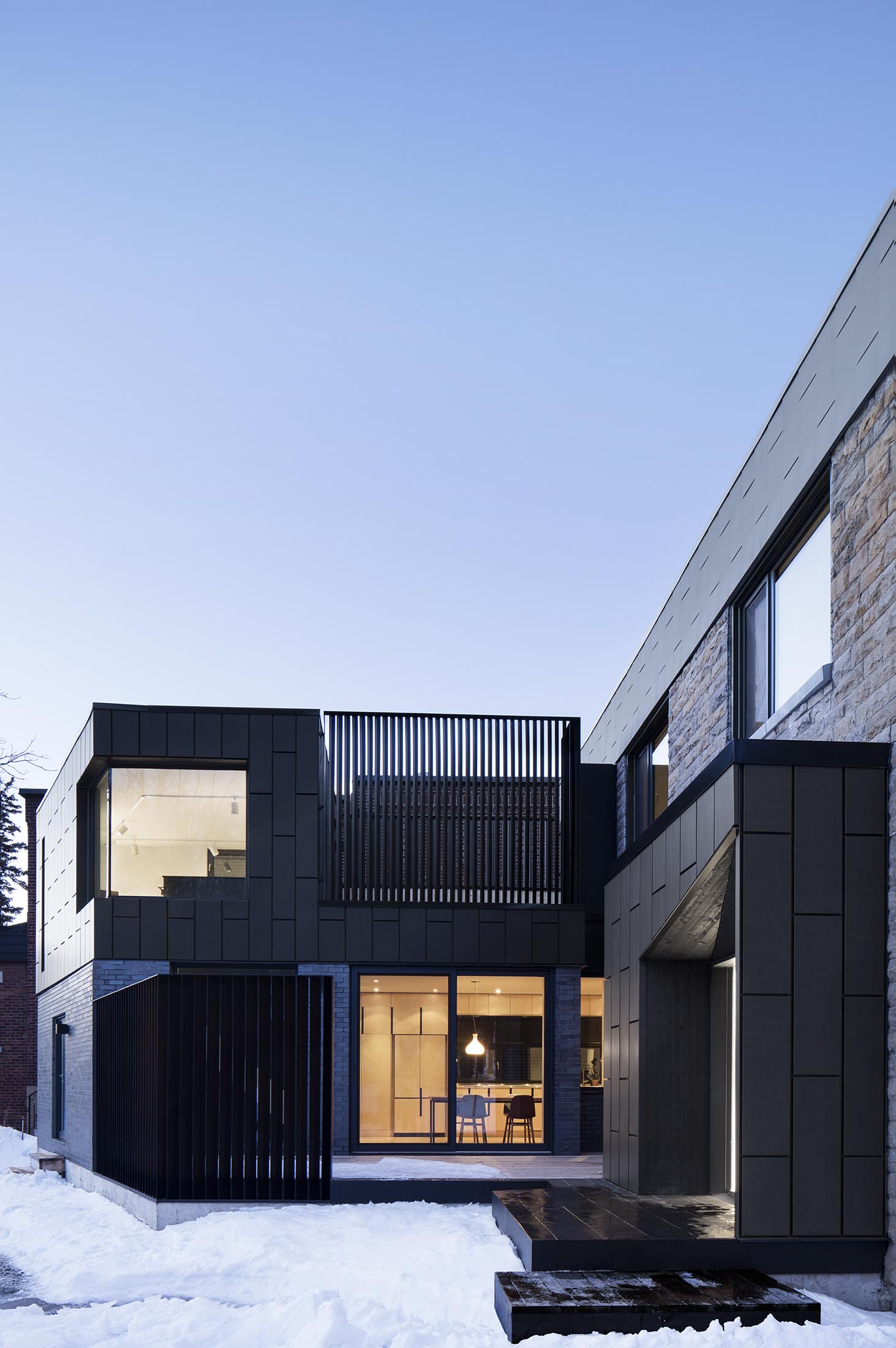 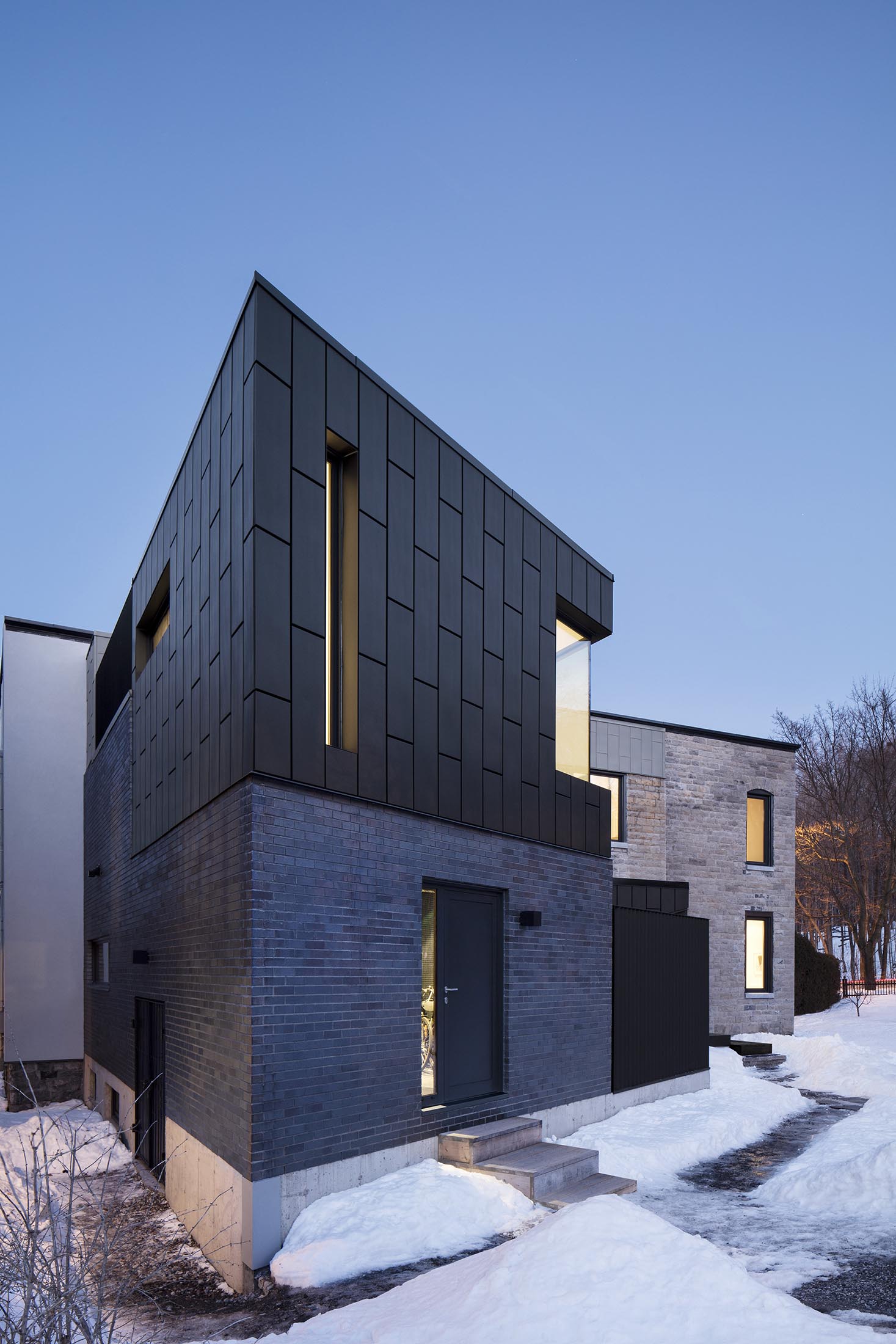 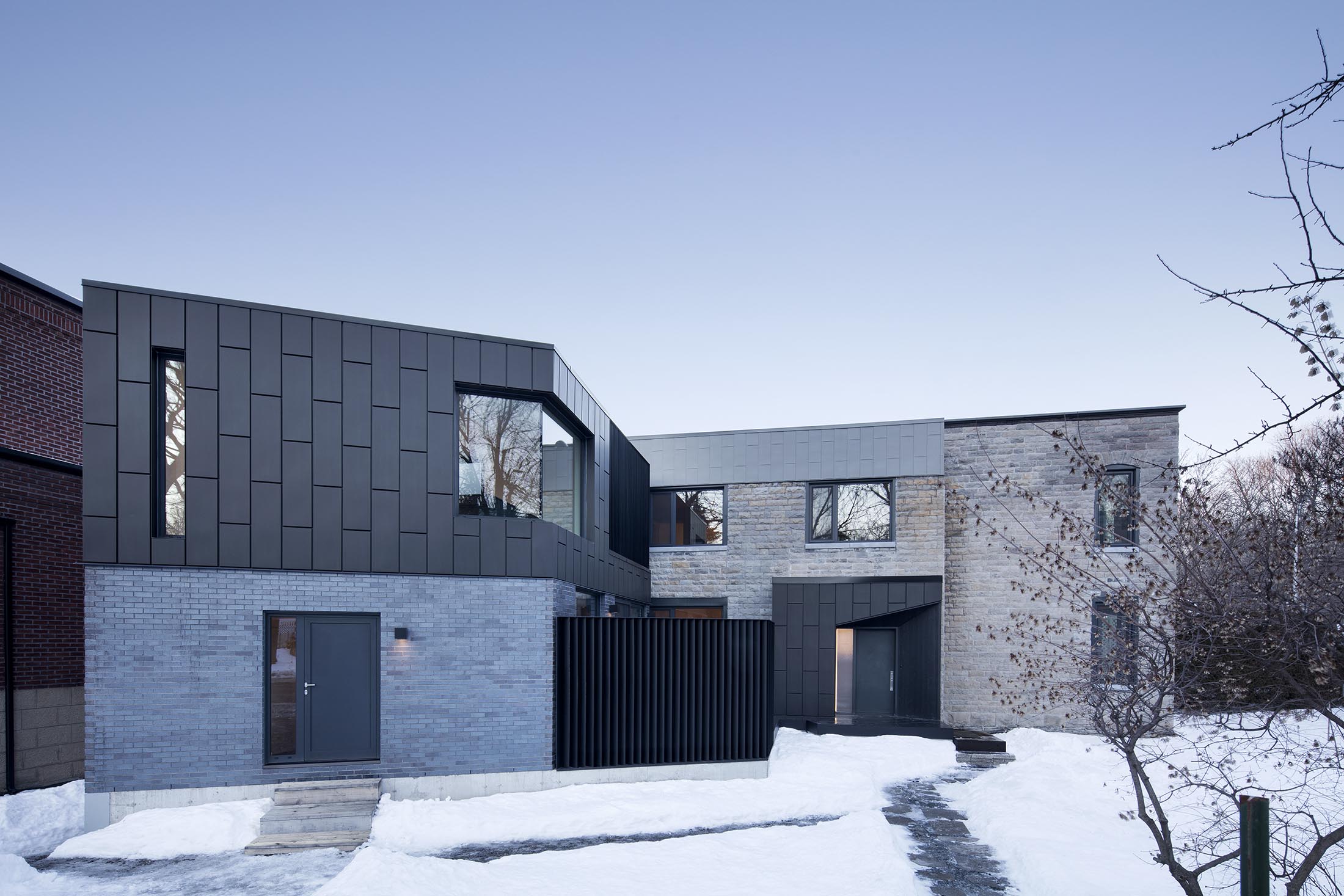 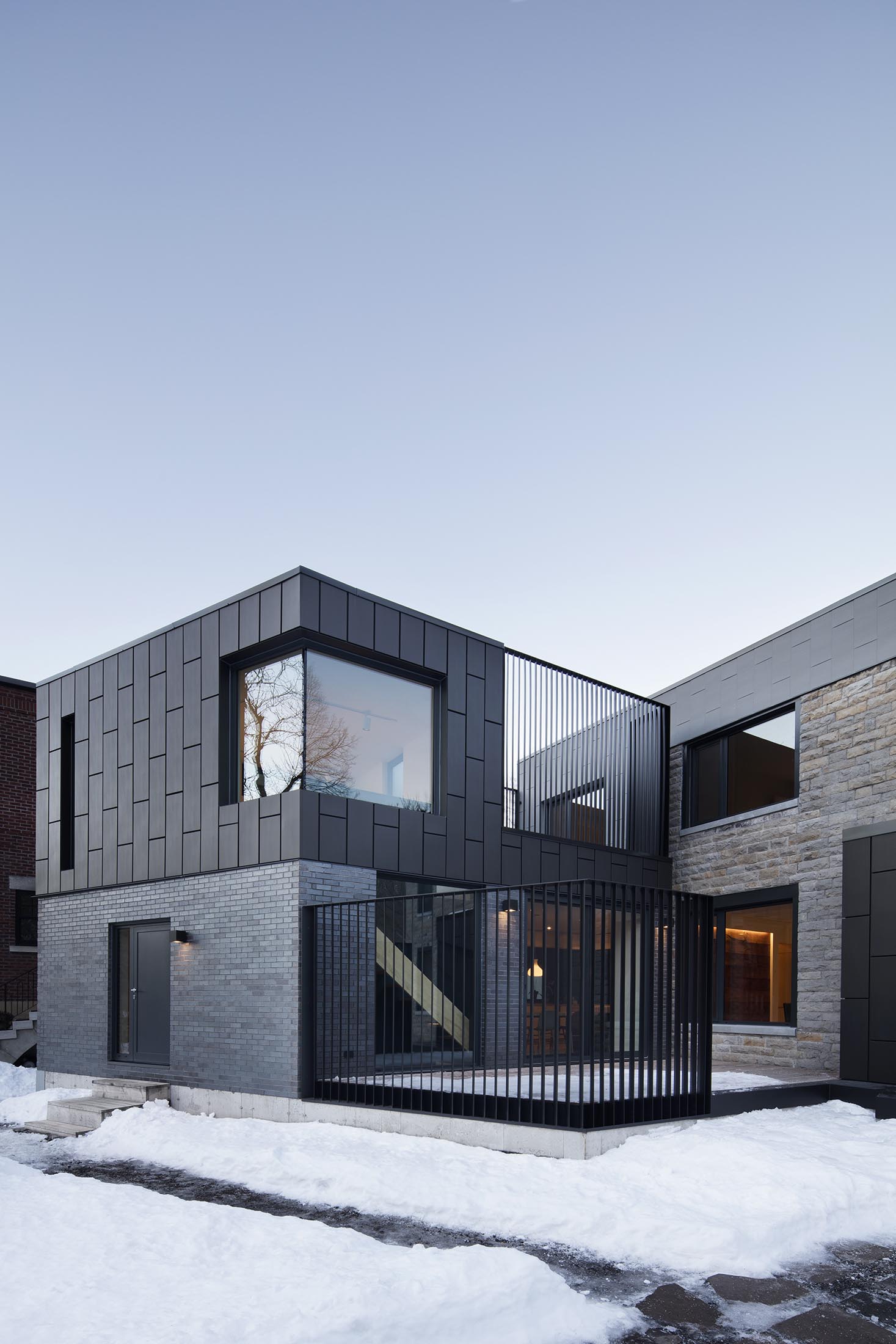 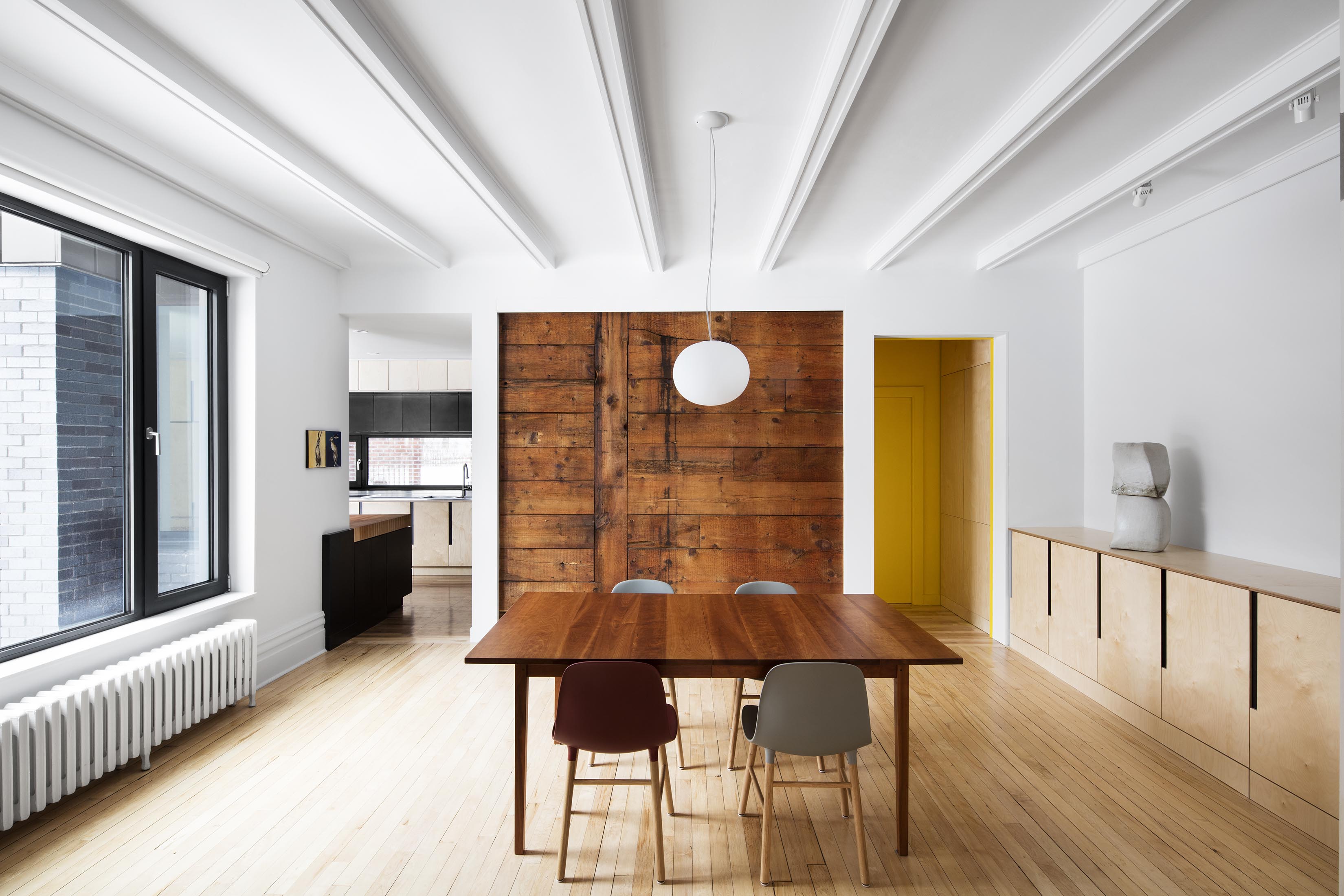 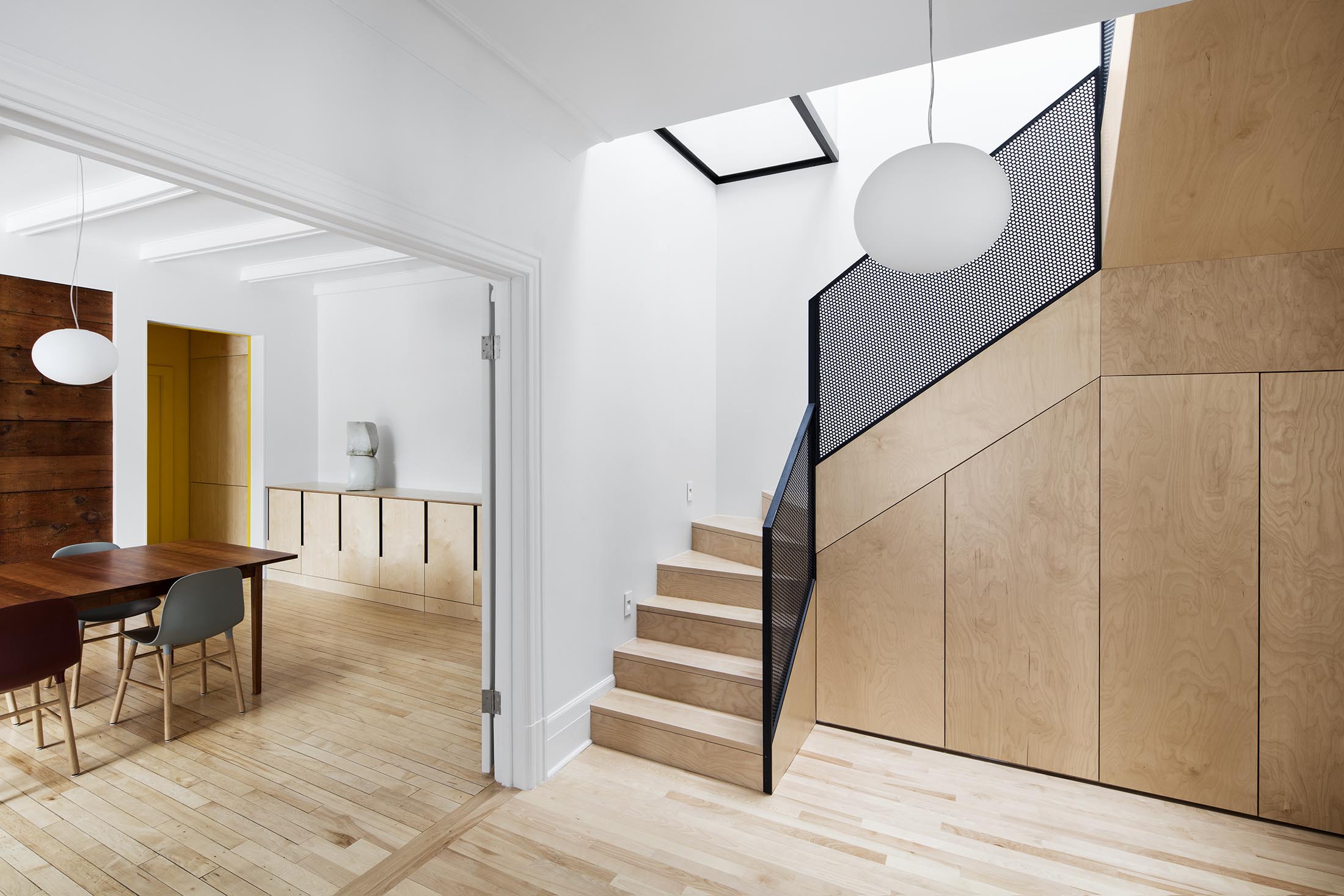 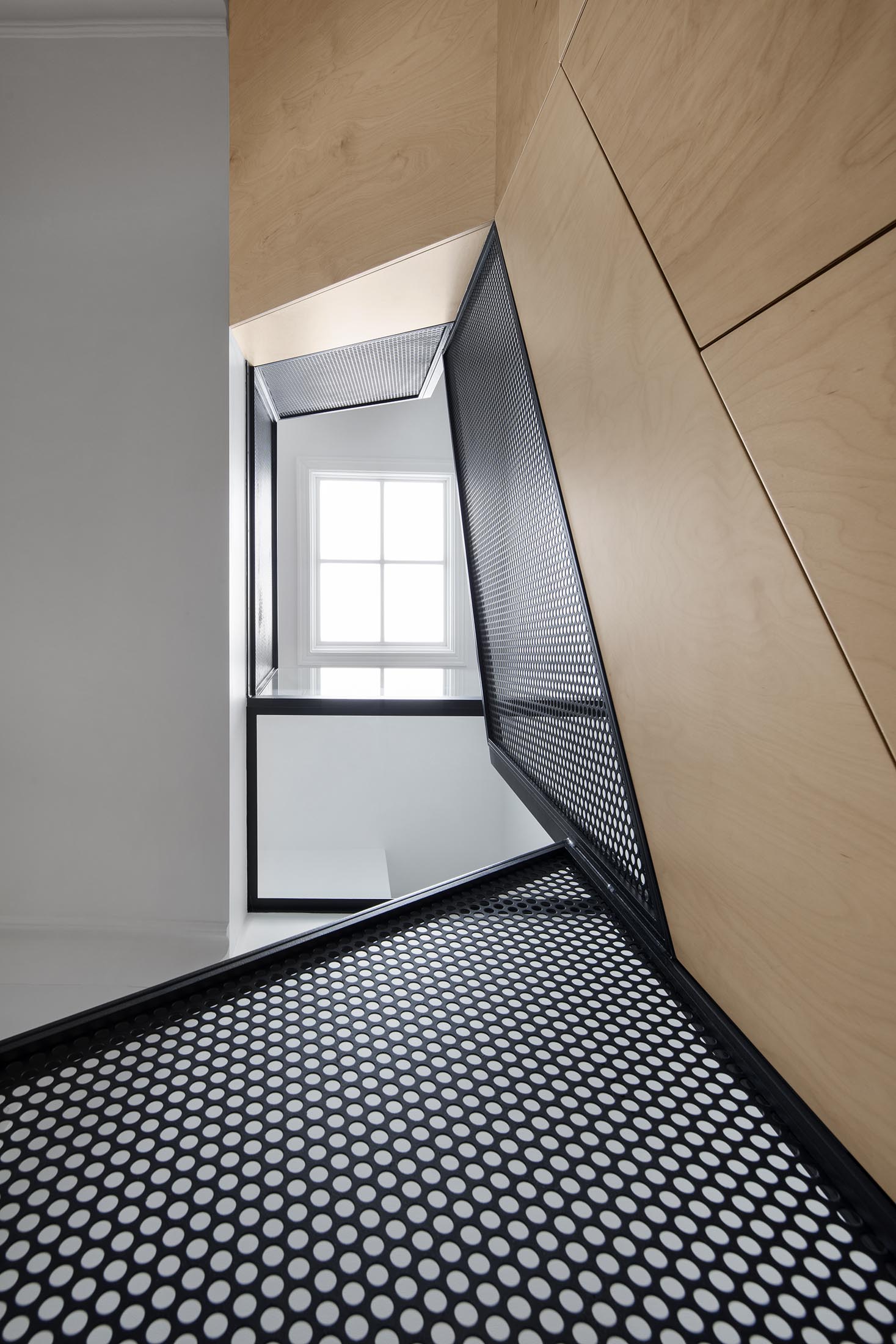 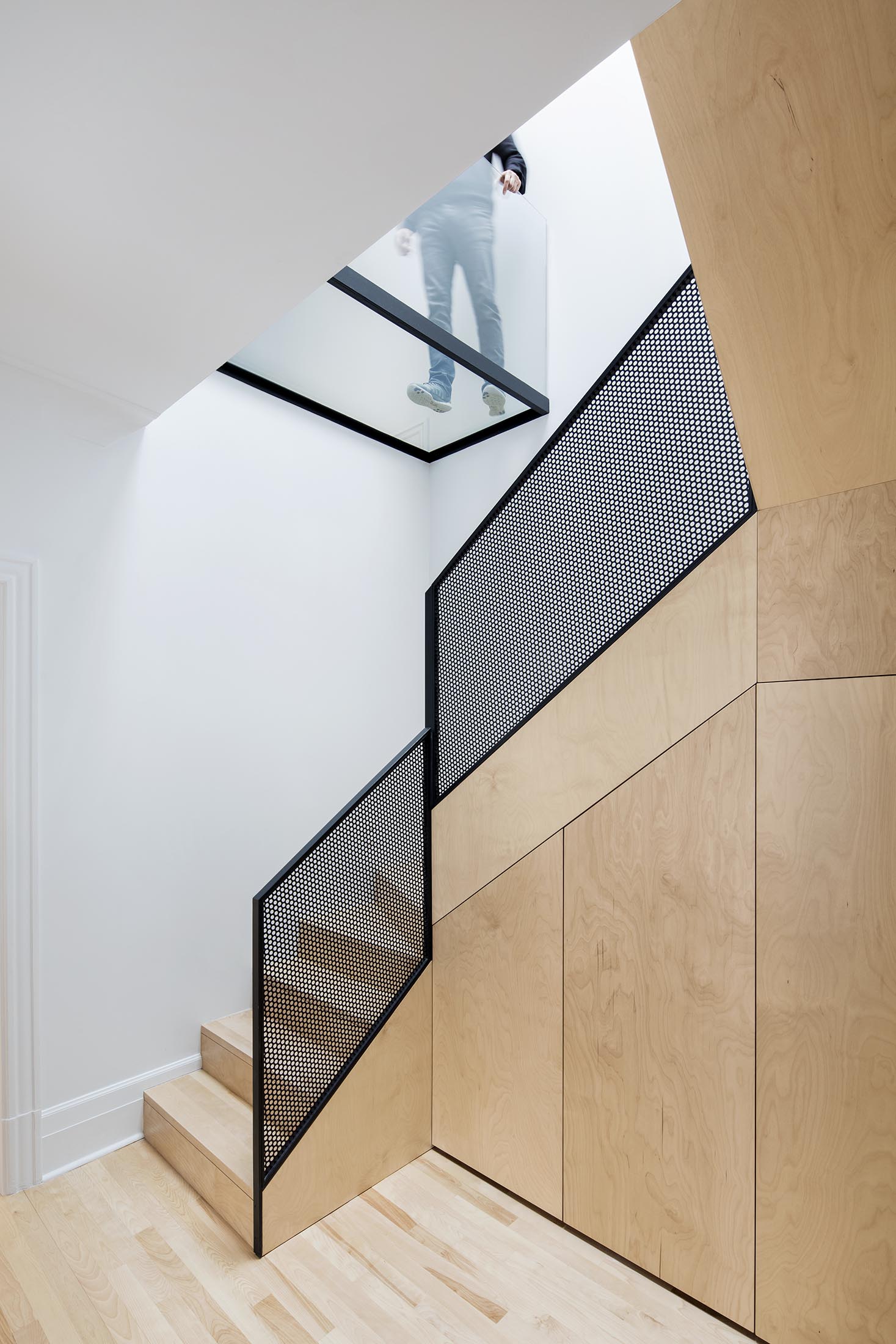 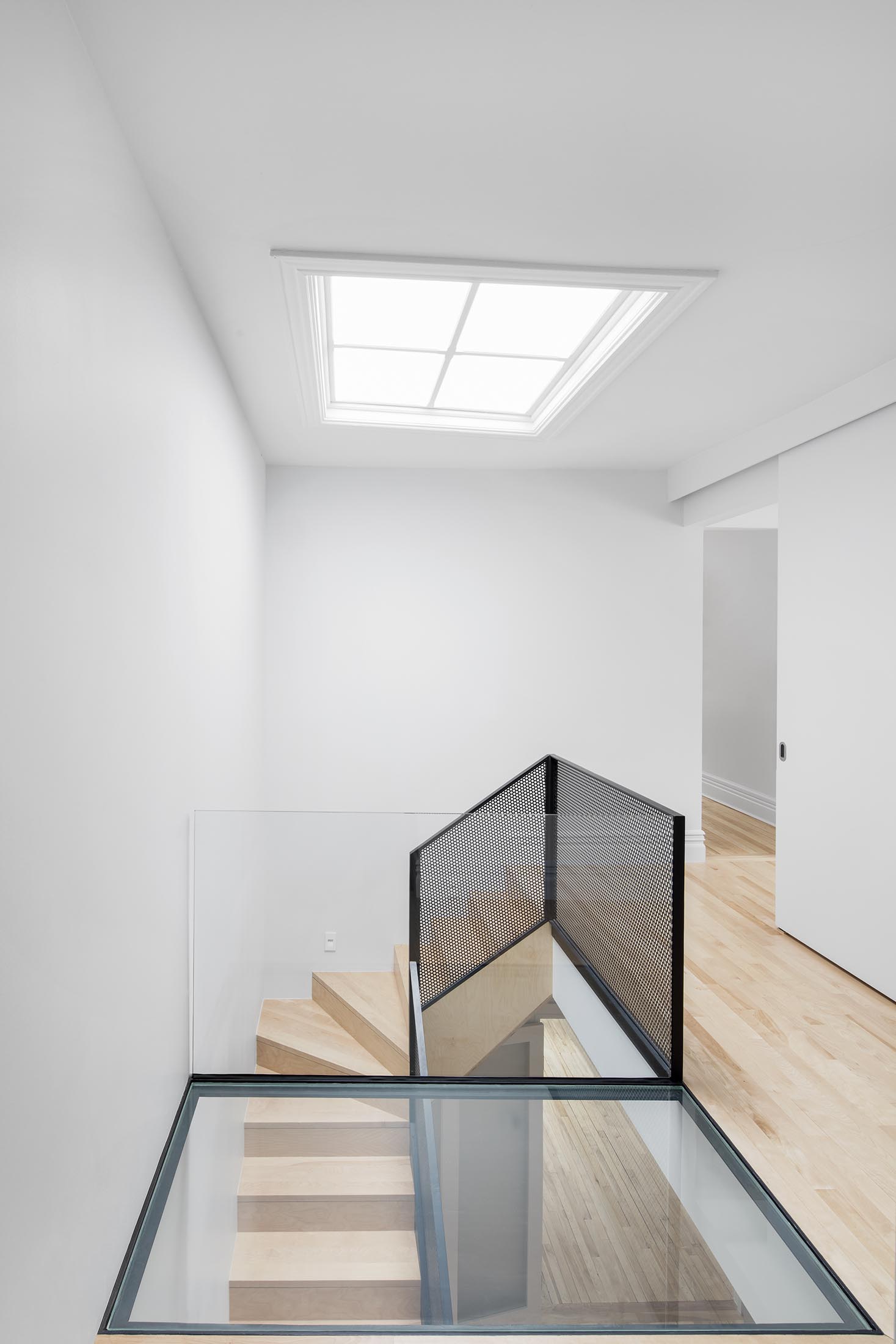 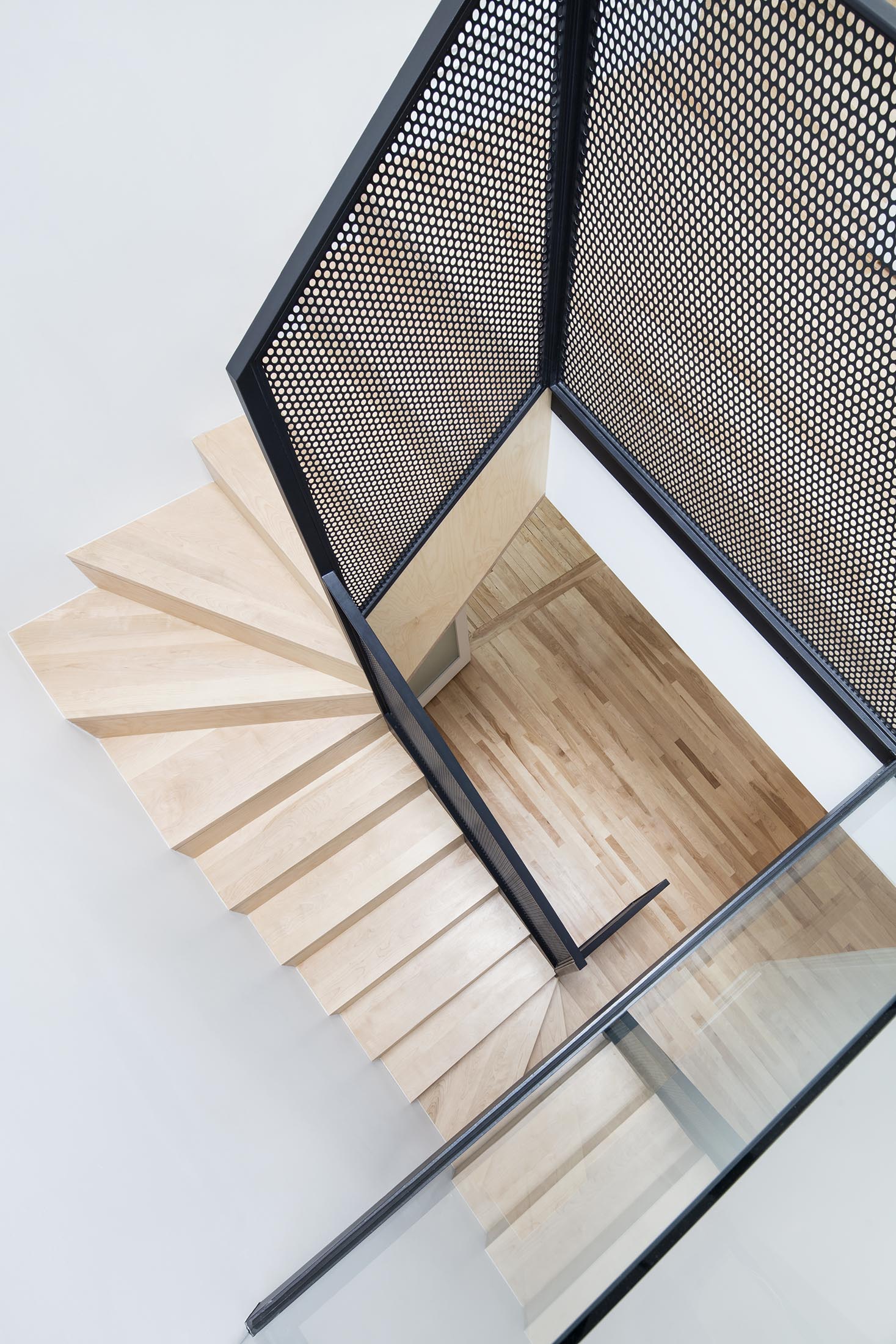 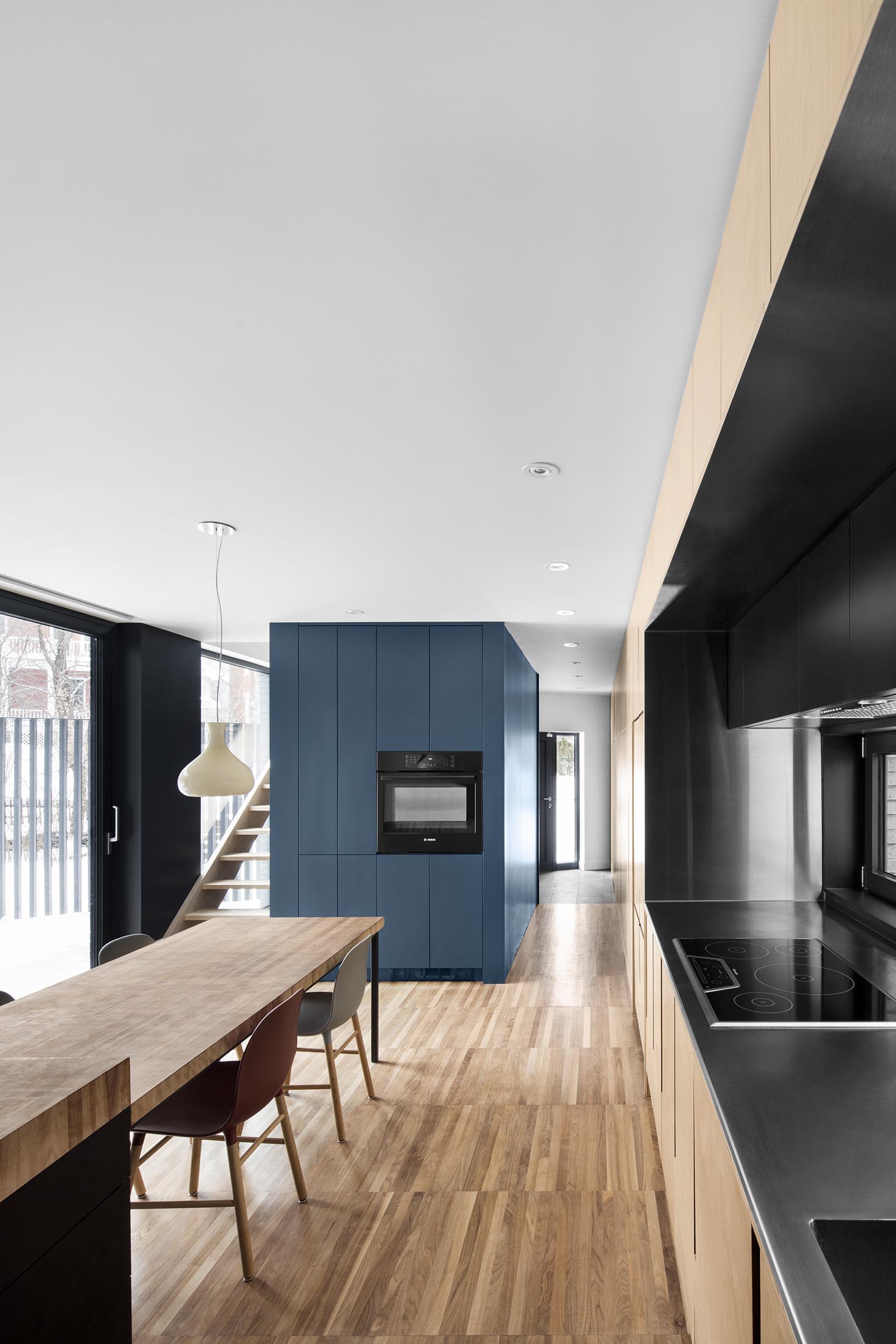 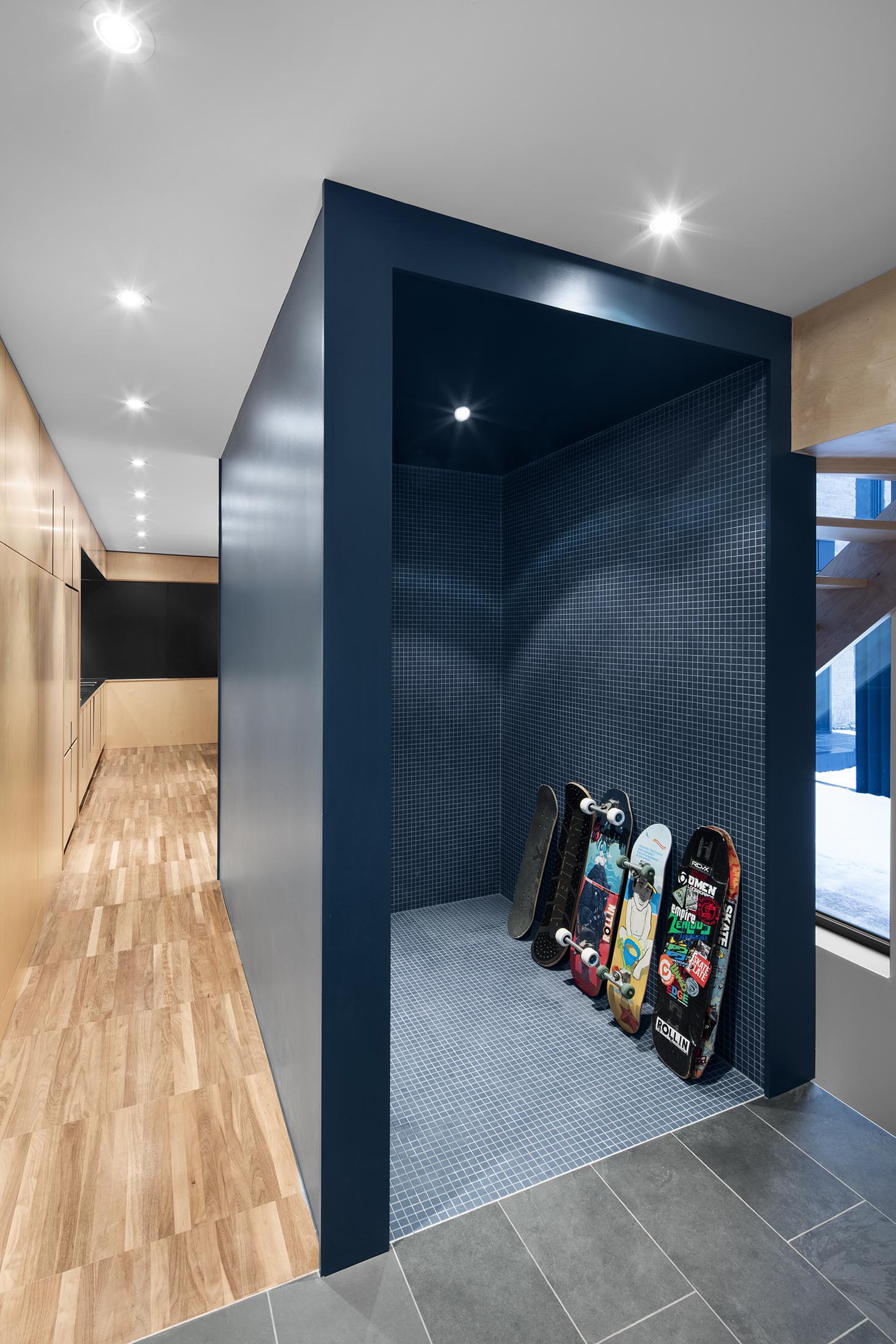 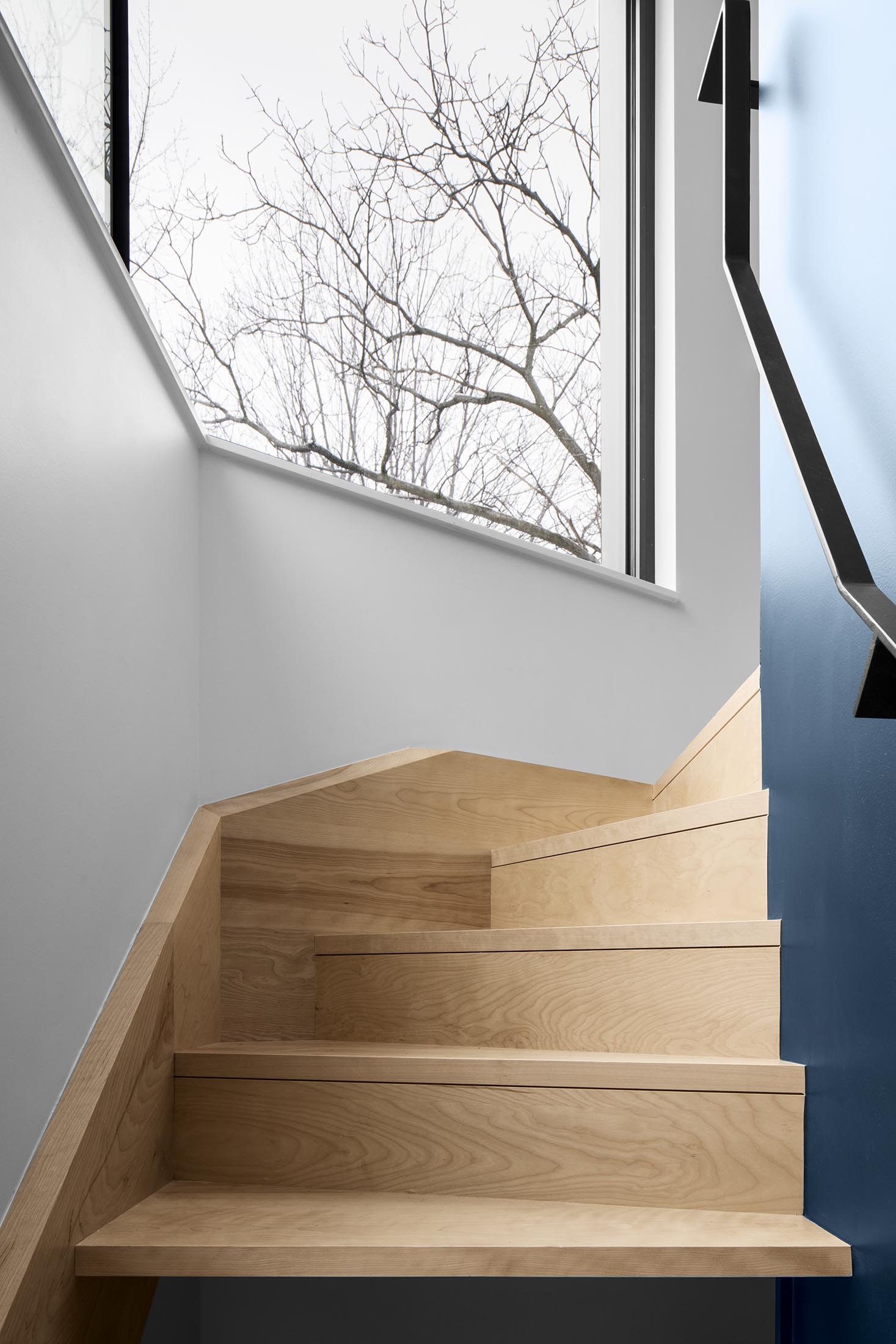 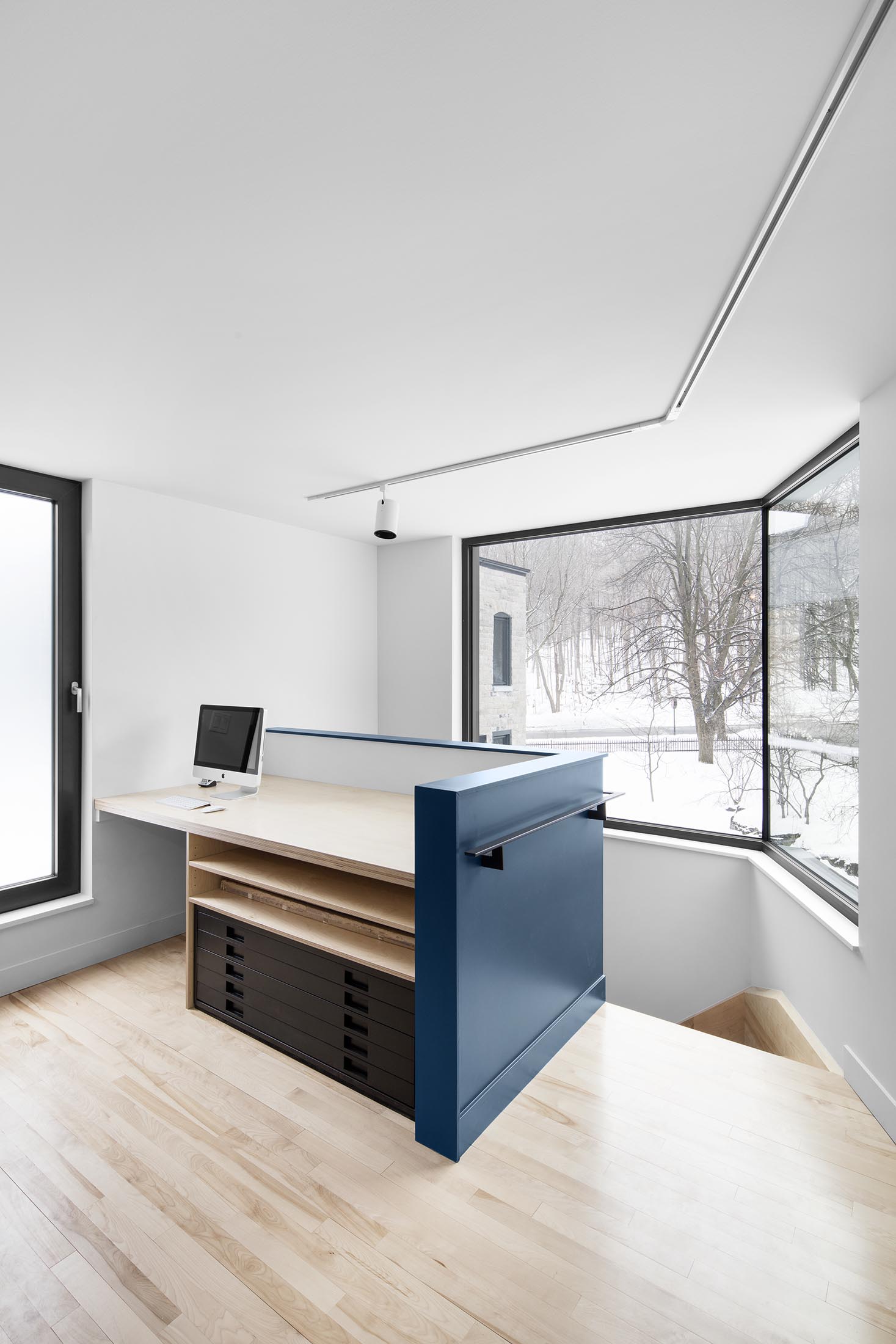 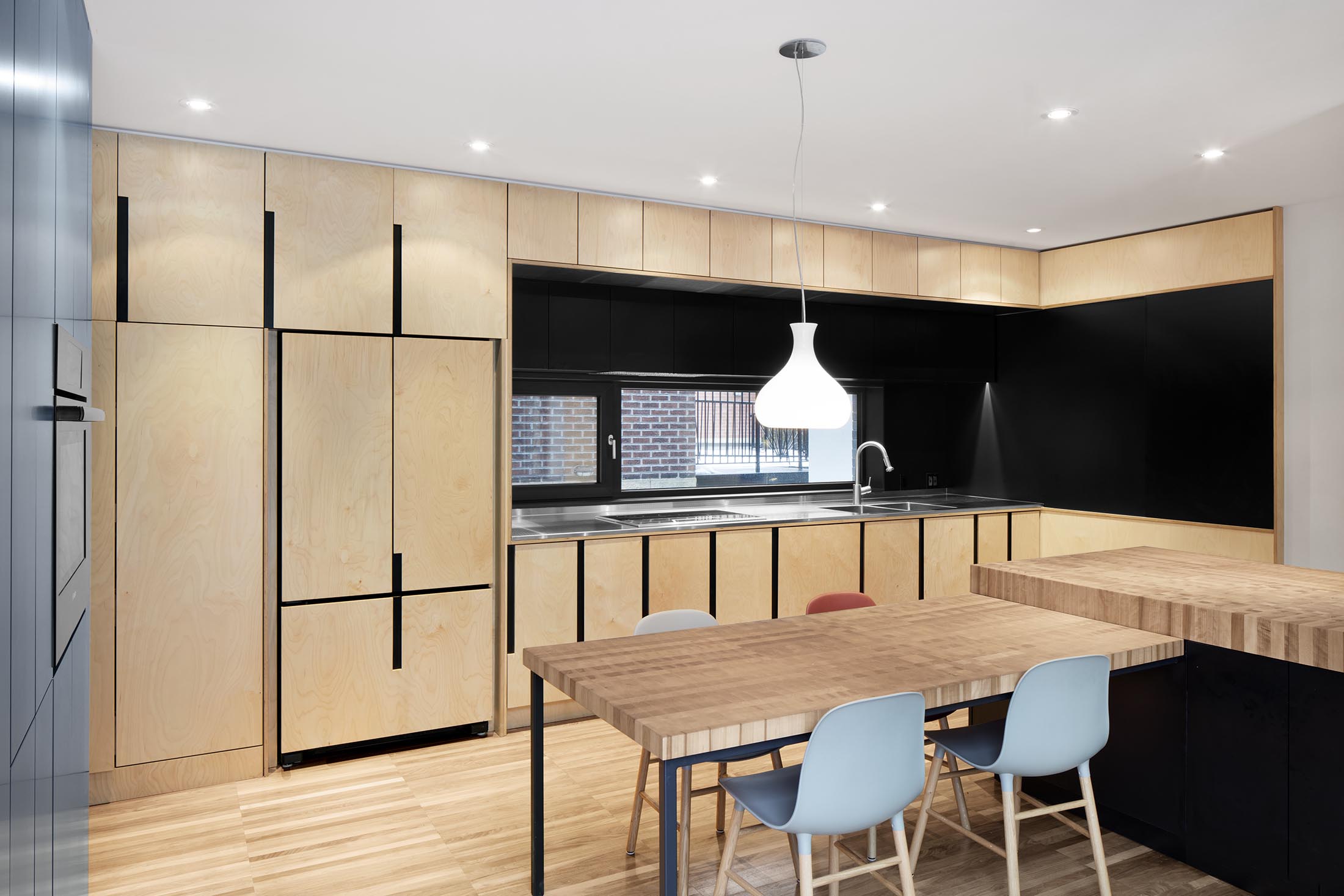 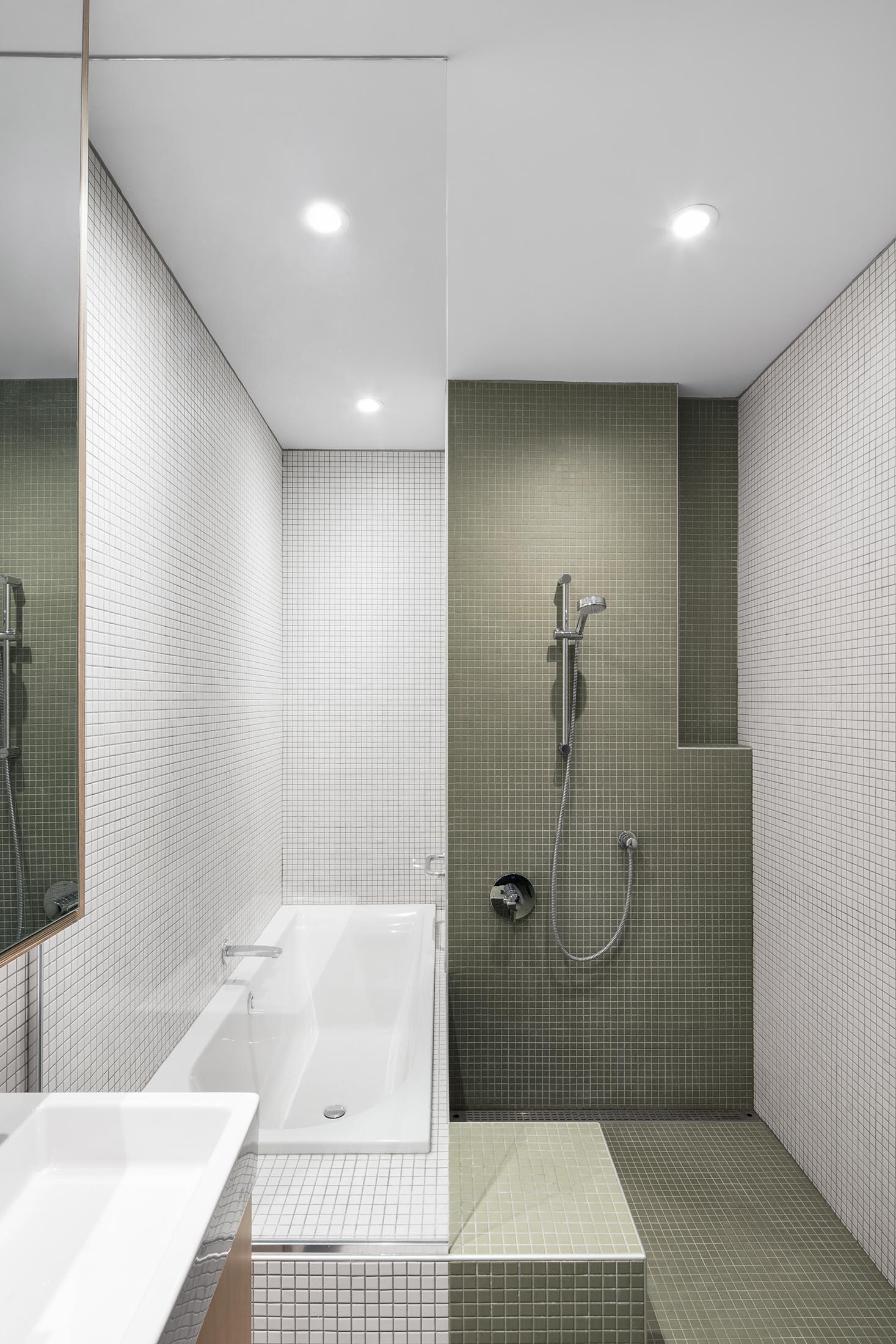 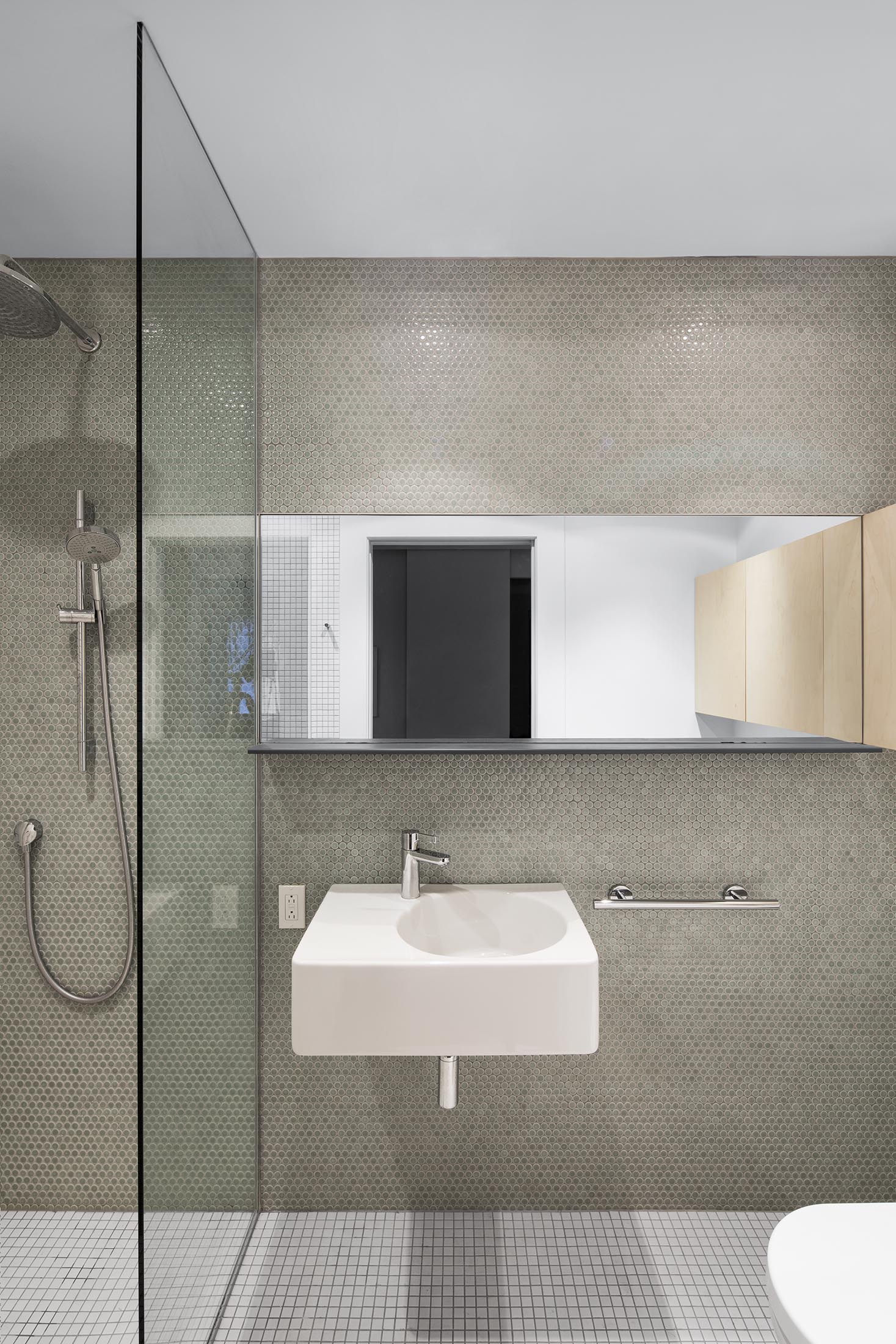 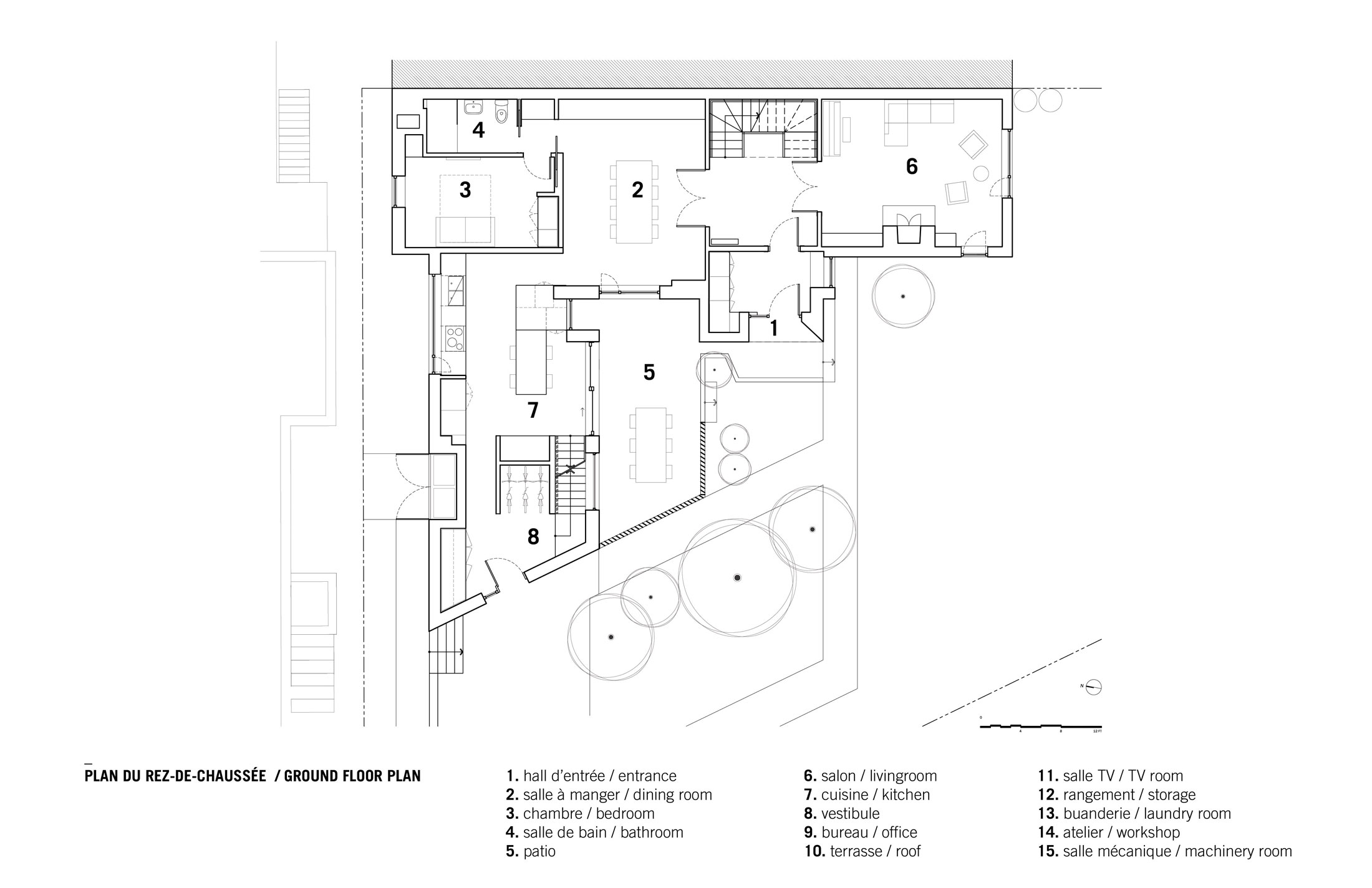 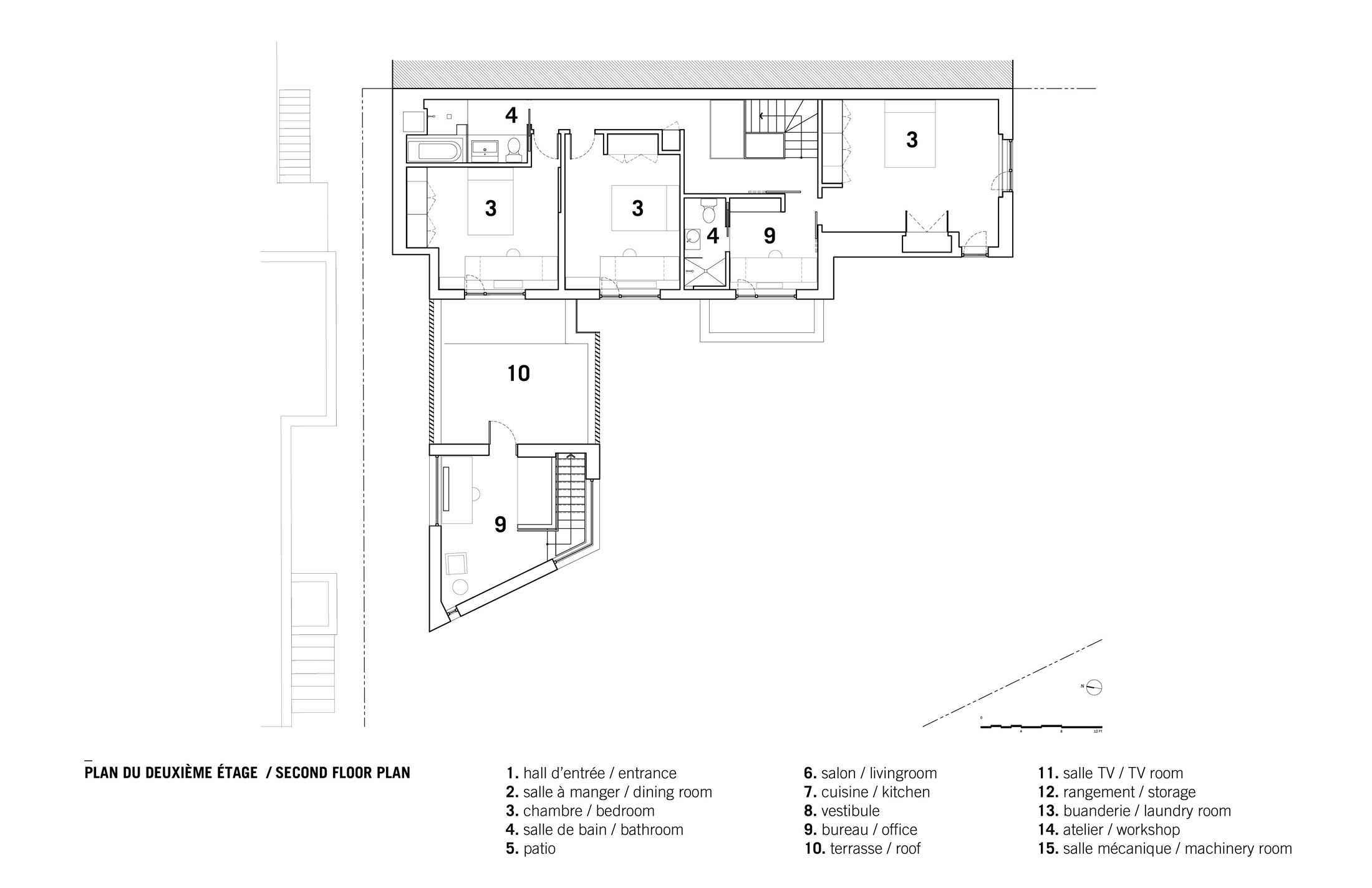 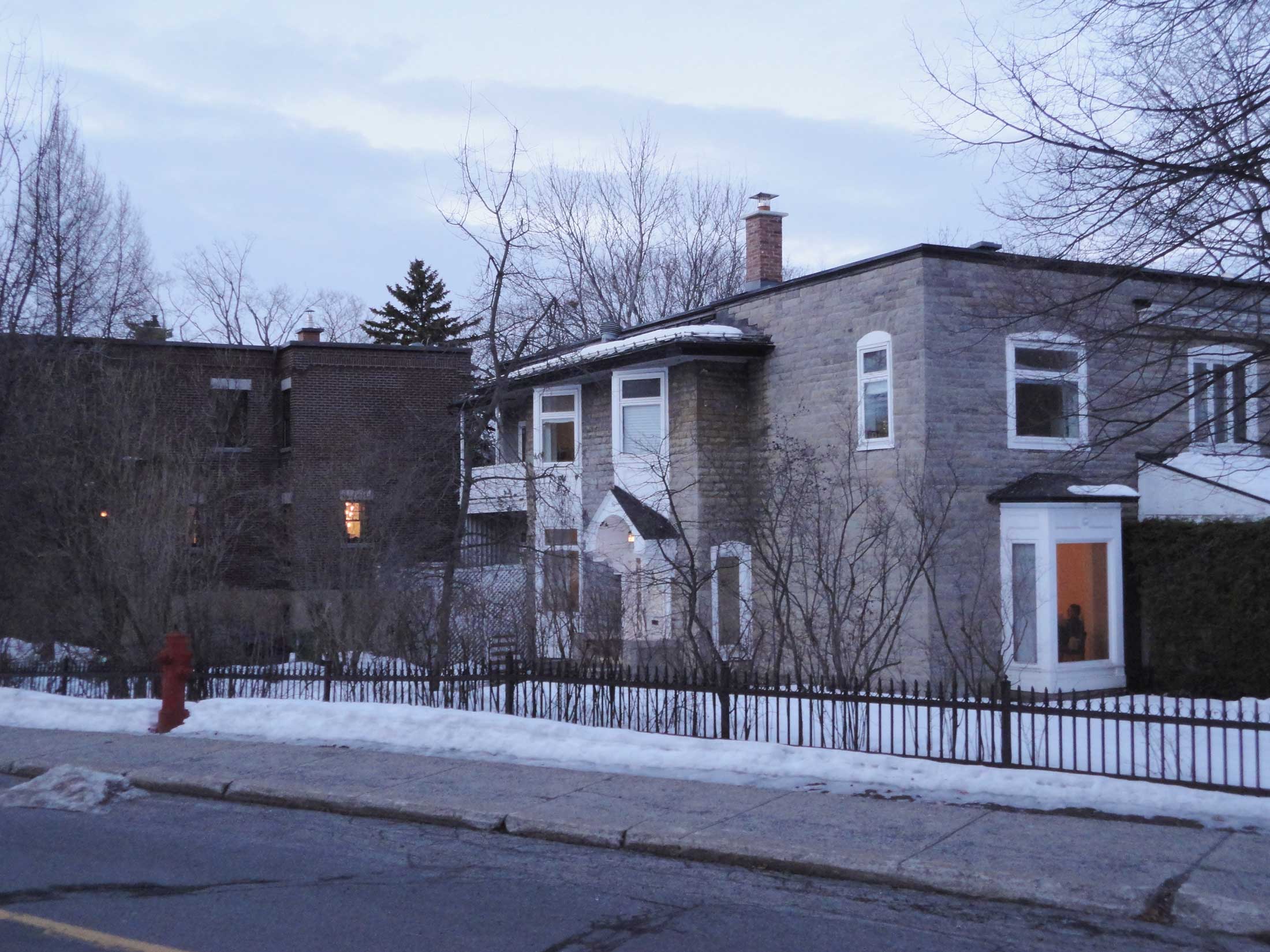