Located a stone’s throw from Beaubien station, the project of eight housing units is located on a plot of land with a small duplex whose architecture is typical of the Rosemont–La Petite-Patrie neighbourhood. Adjacent to the project is the Morin Residence, an imposing heritage building that belonged to the Petites Franciscaines de Marie. The design challenge consisted in integrating the existing duplex while maintaining a human scale with the surrounding built environment, densifying the entire plot at the same time.

The new layout in a «T» shape allows a clearance between the building and the lateral limits of the proprety resulting in two adjoining gardens. In addition, the mezzanine, with its «L» shape, allows multiple terraces to be laid out around its perimeter to minimize the shade cast on the neighboring buildings. On the front facade, the regularity of the composition and the openings separated by pillars is inspired by the architectural language of the Morin Residence. Finally, the sober palette of materials is composed of bricks and painted aluminum panels both in shades of gray and brown. 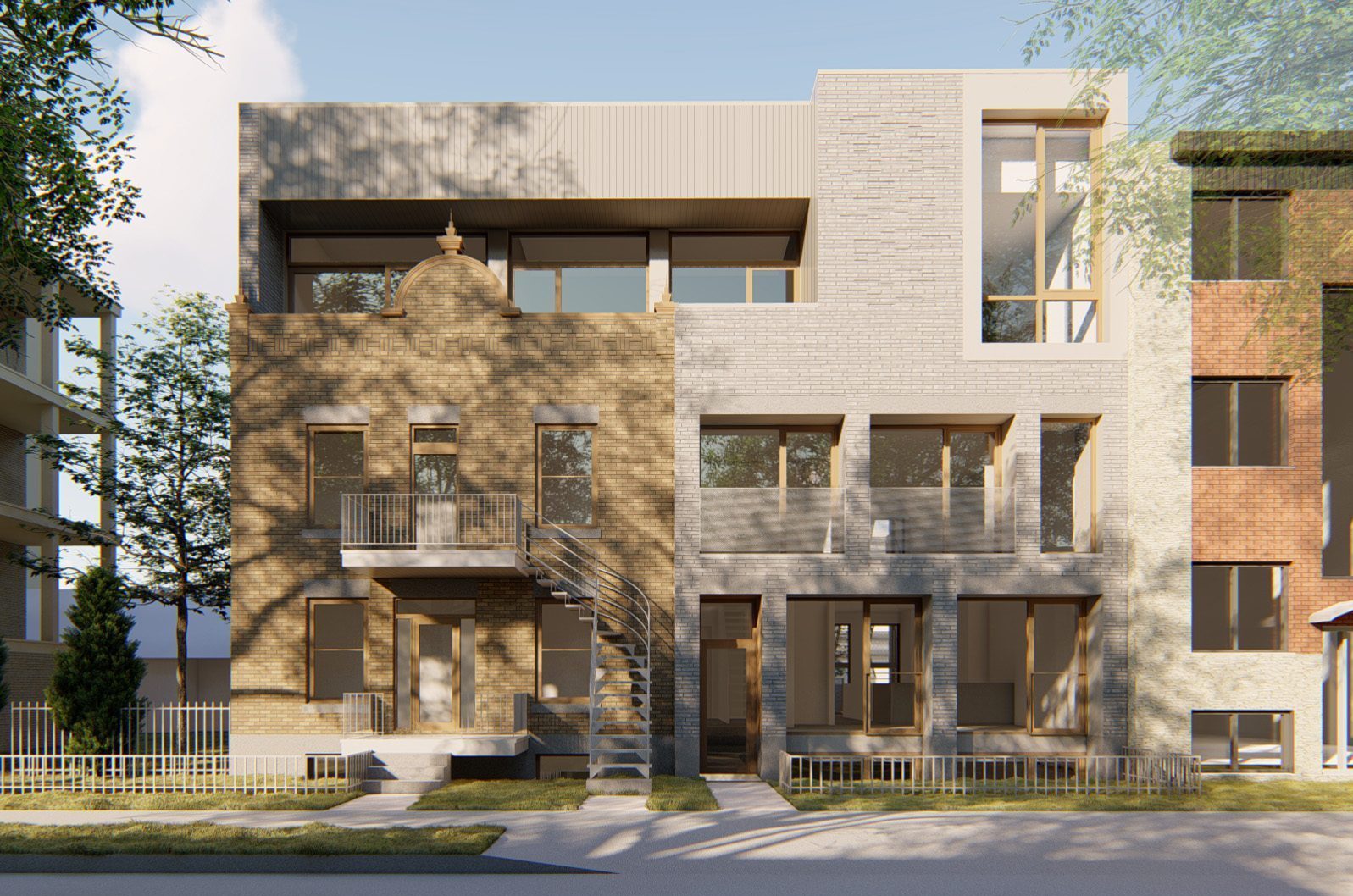 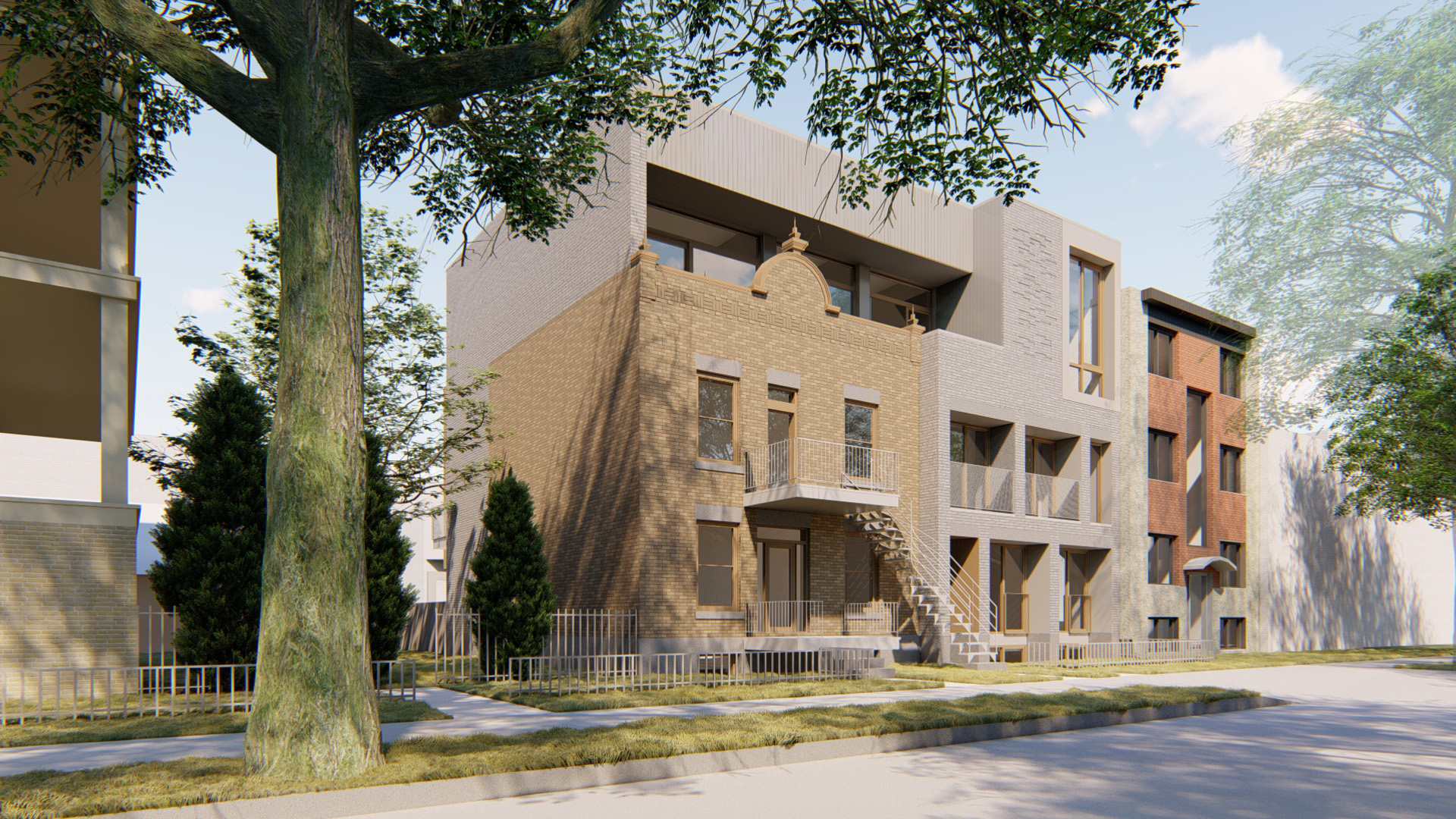 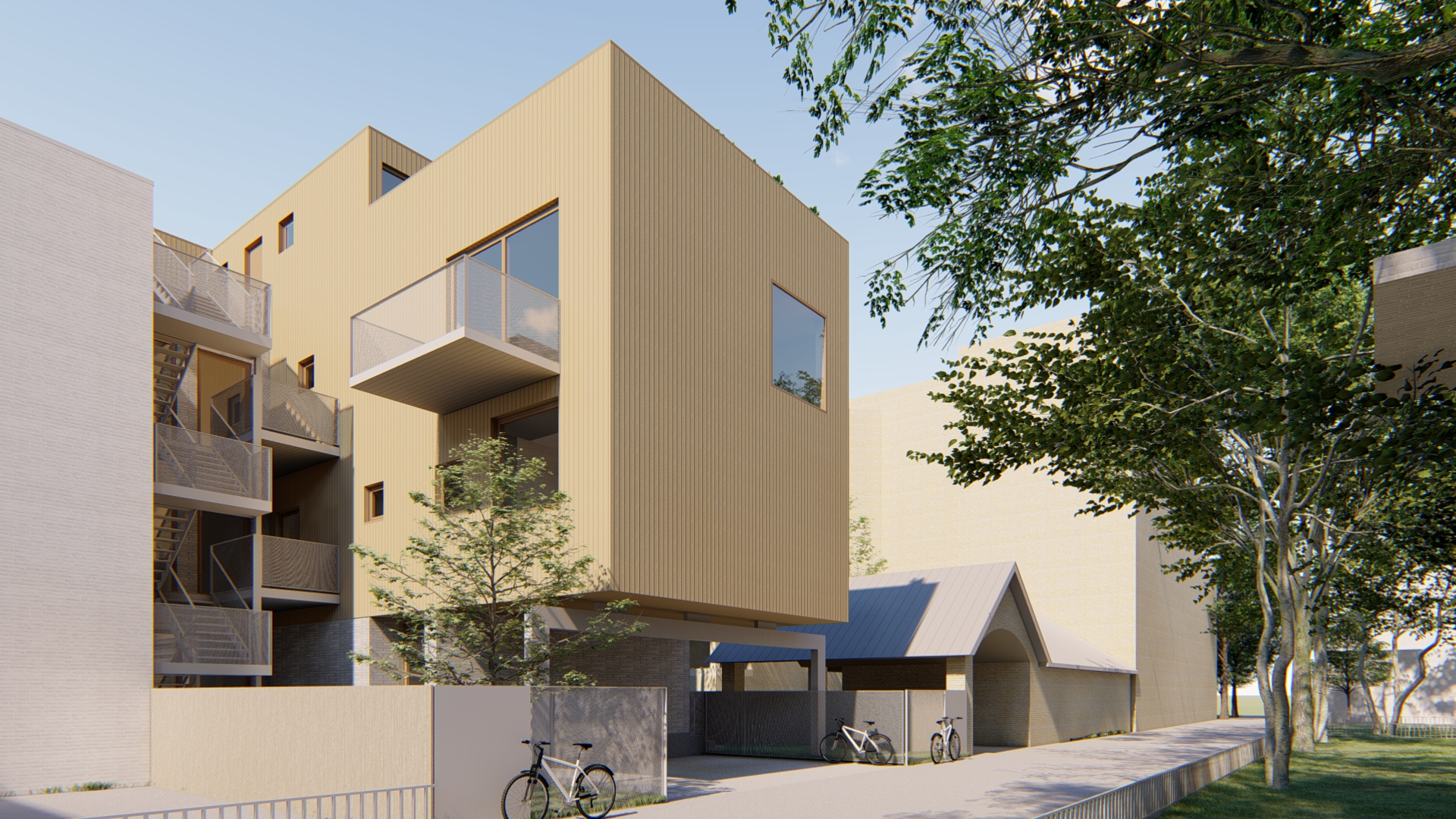 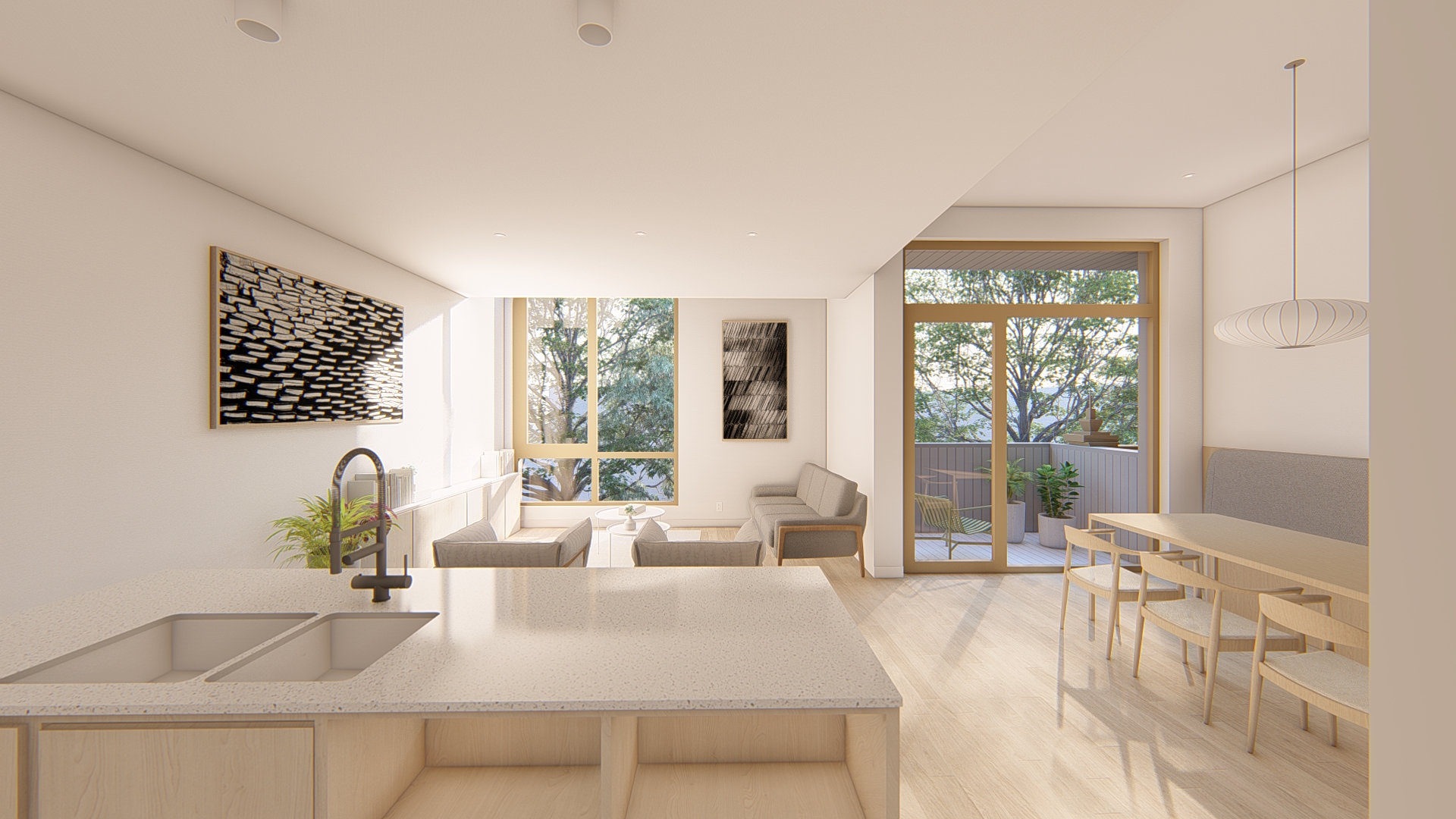 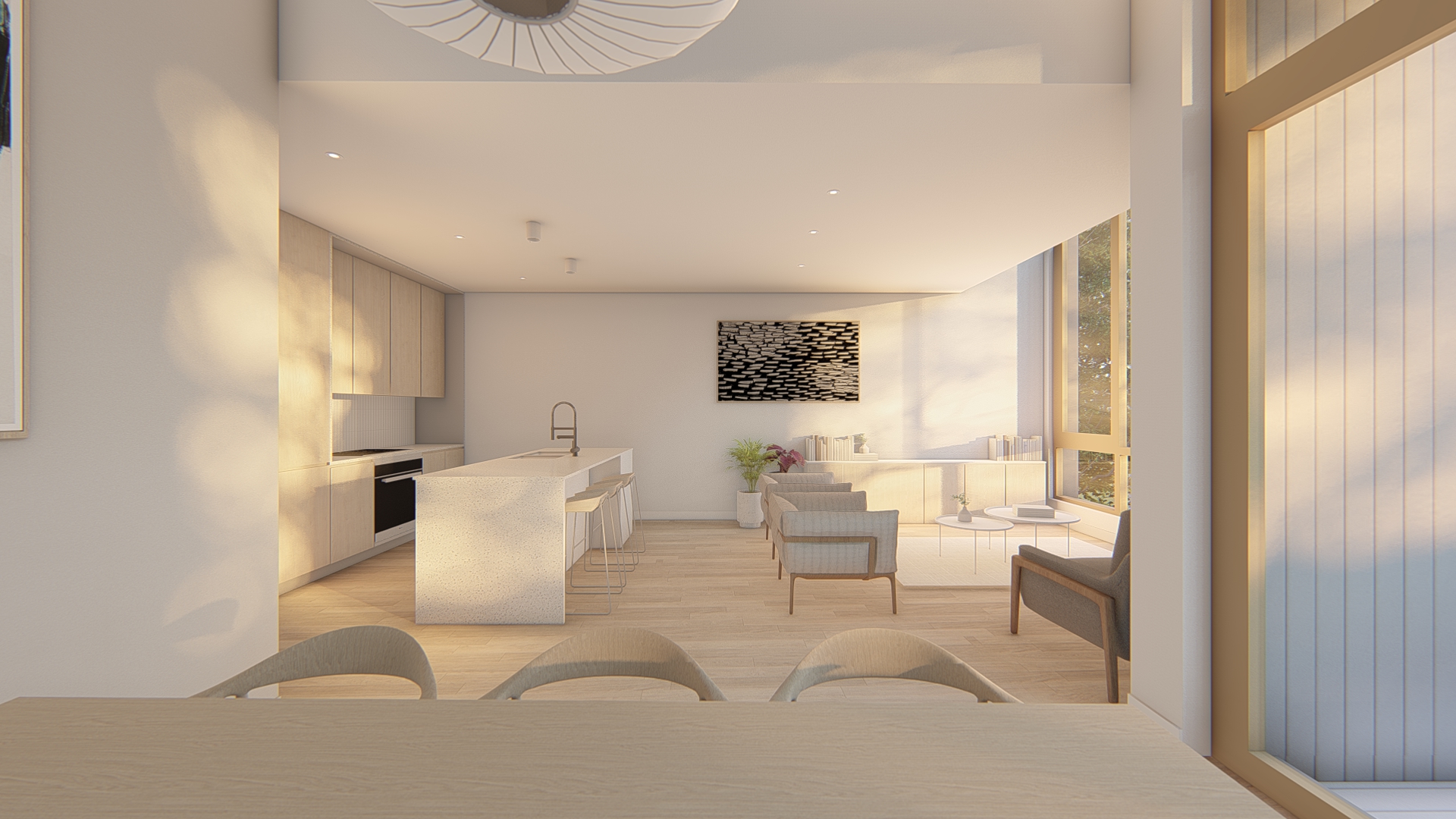 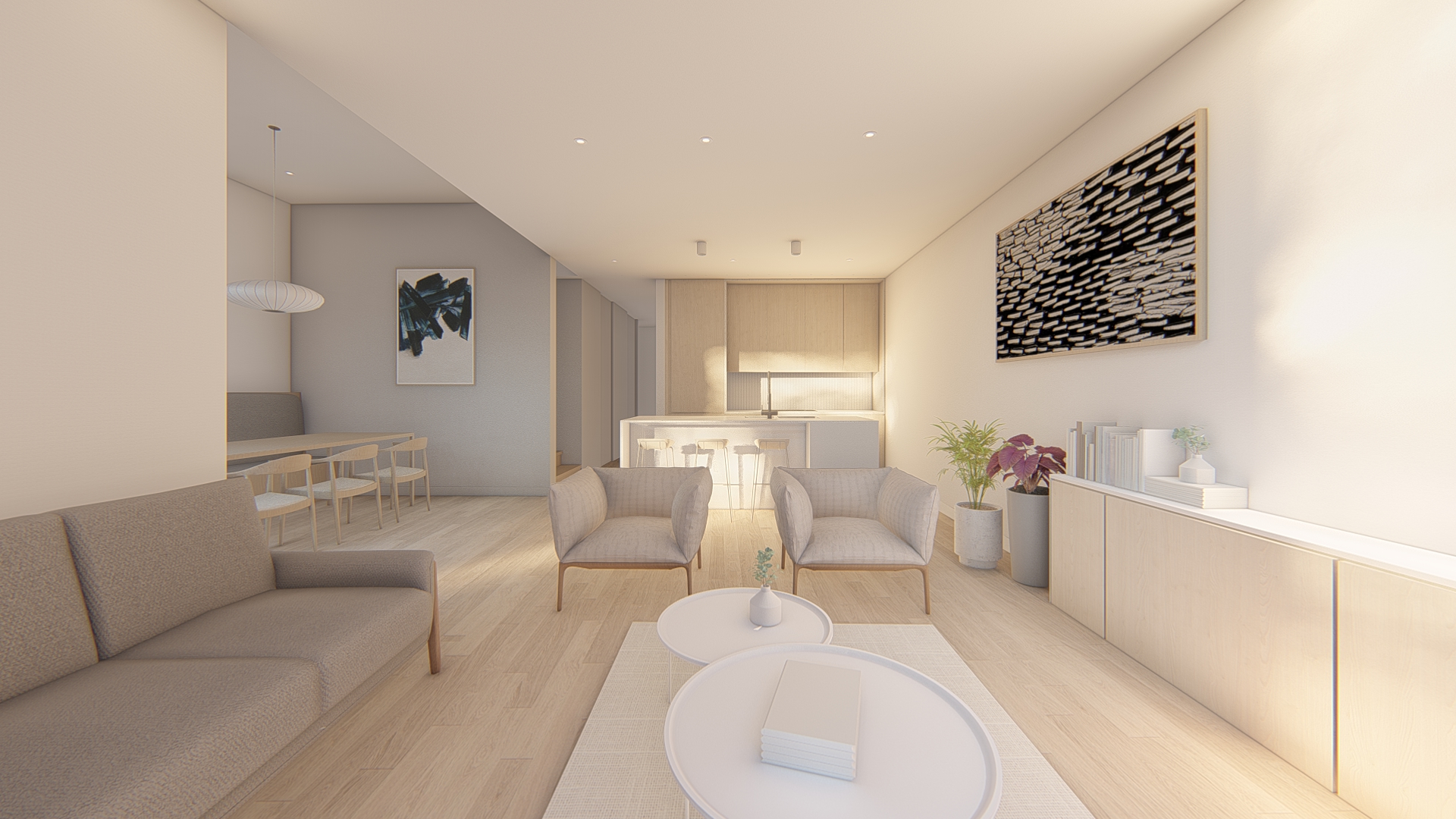 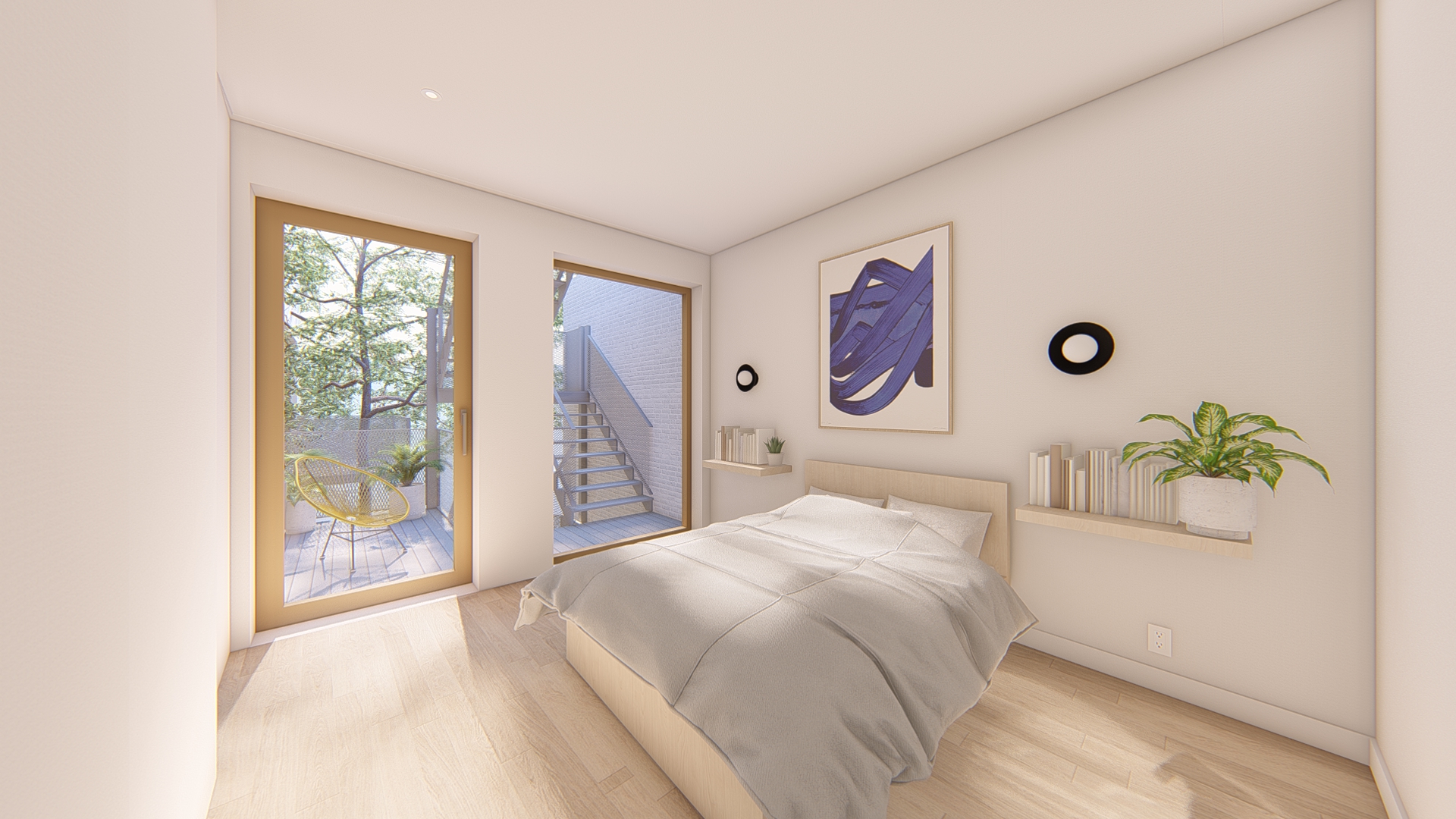 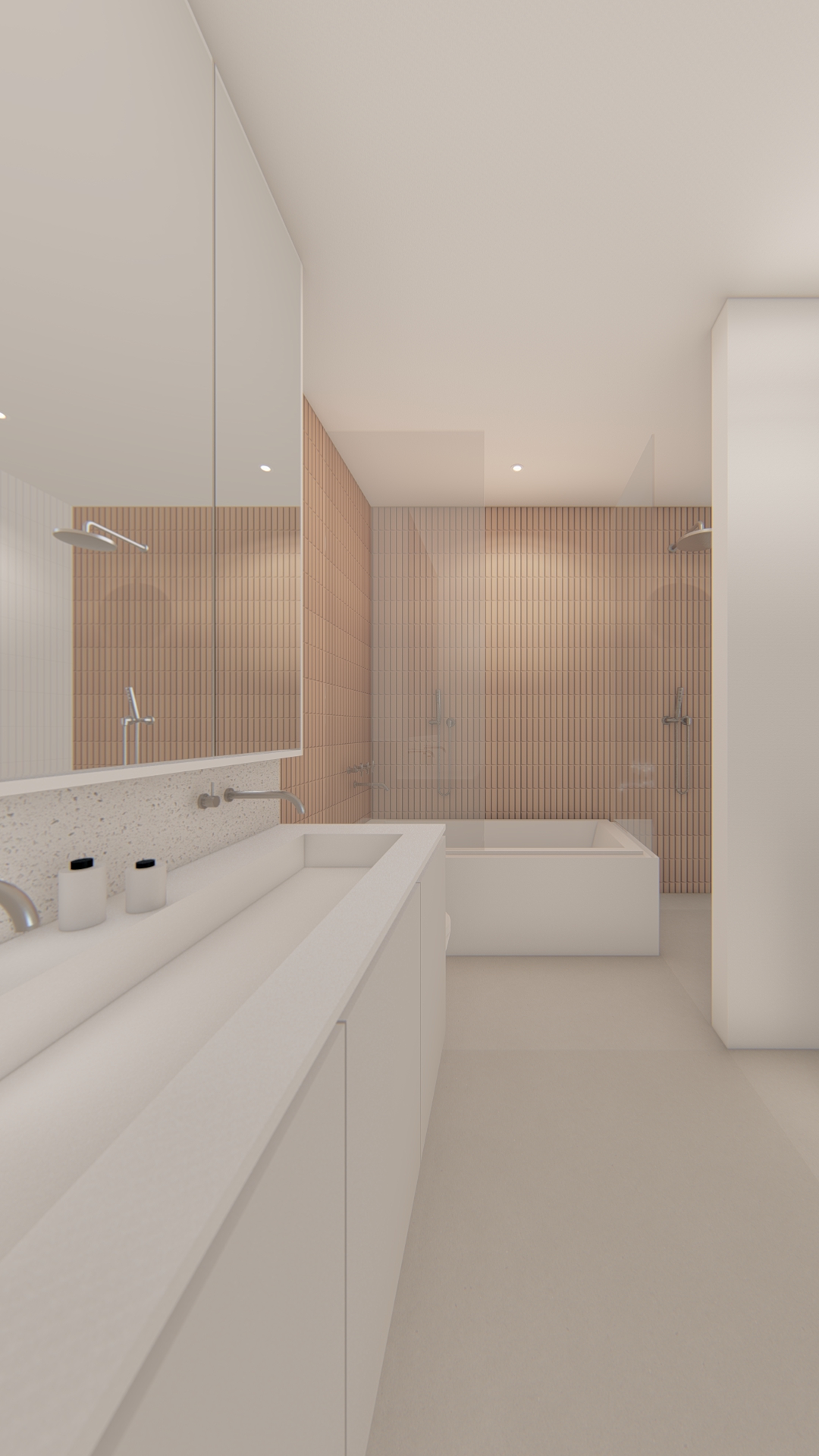 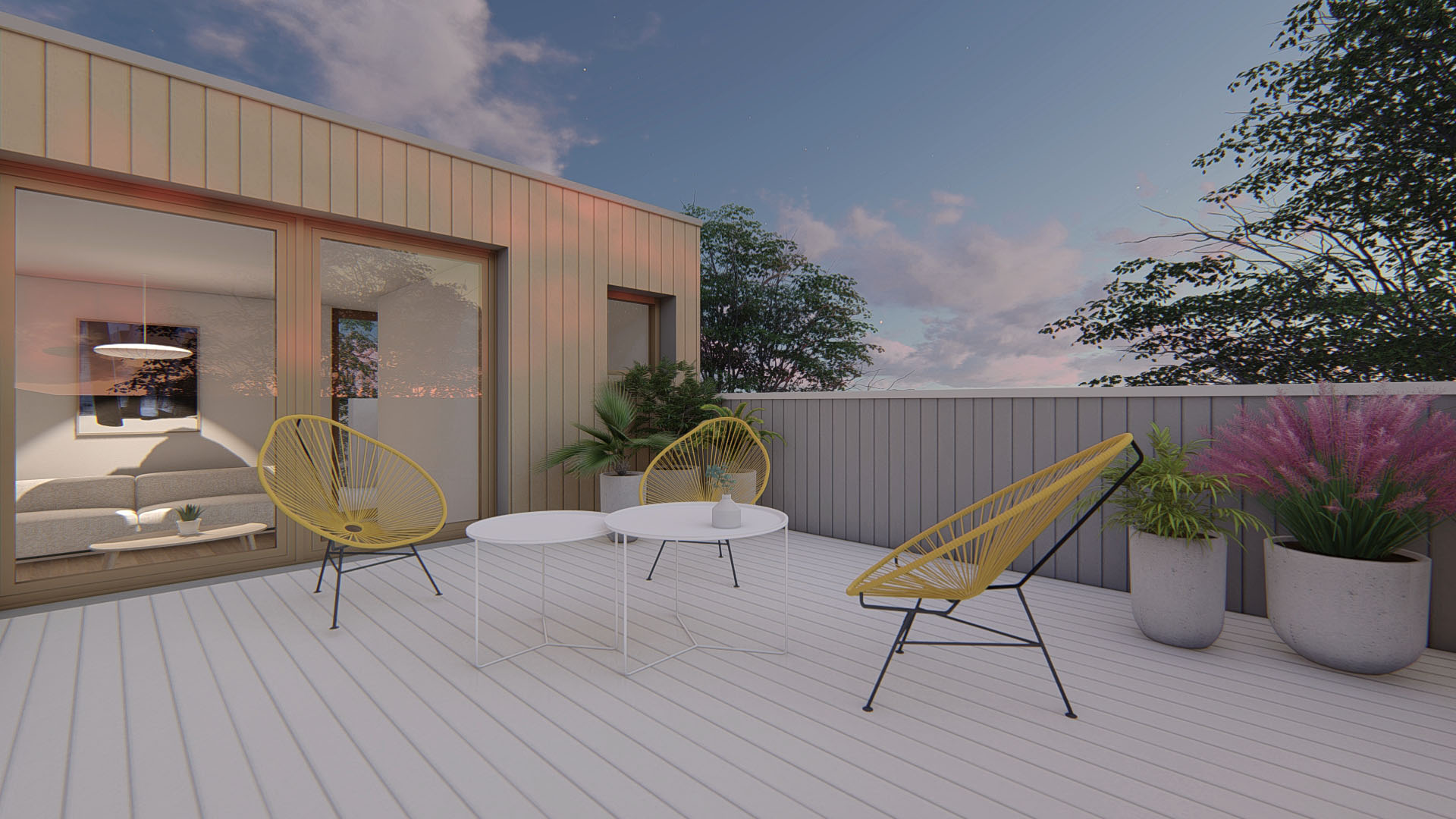 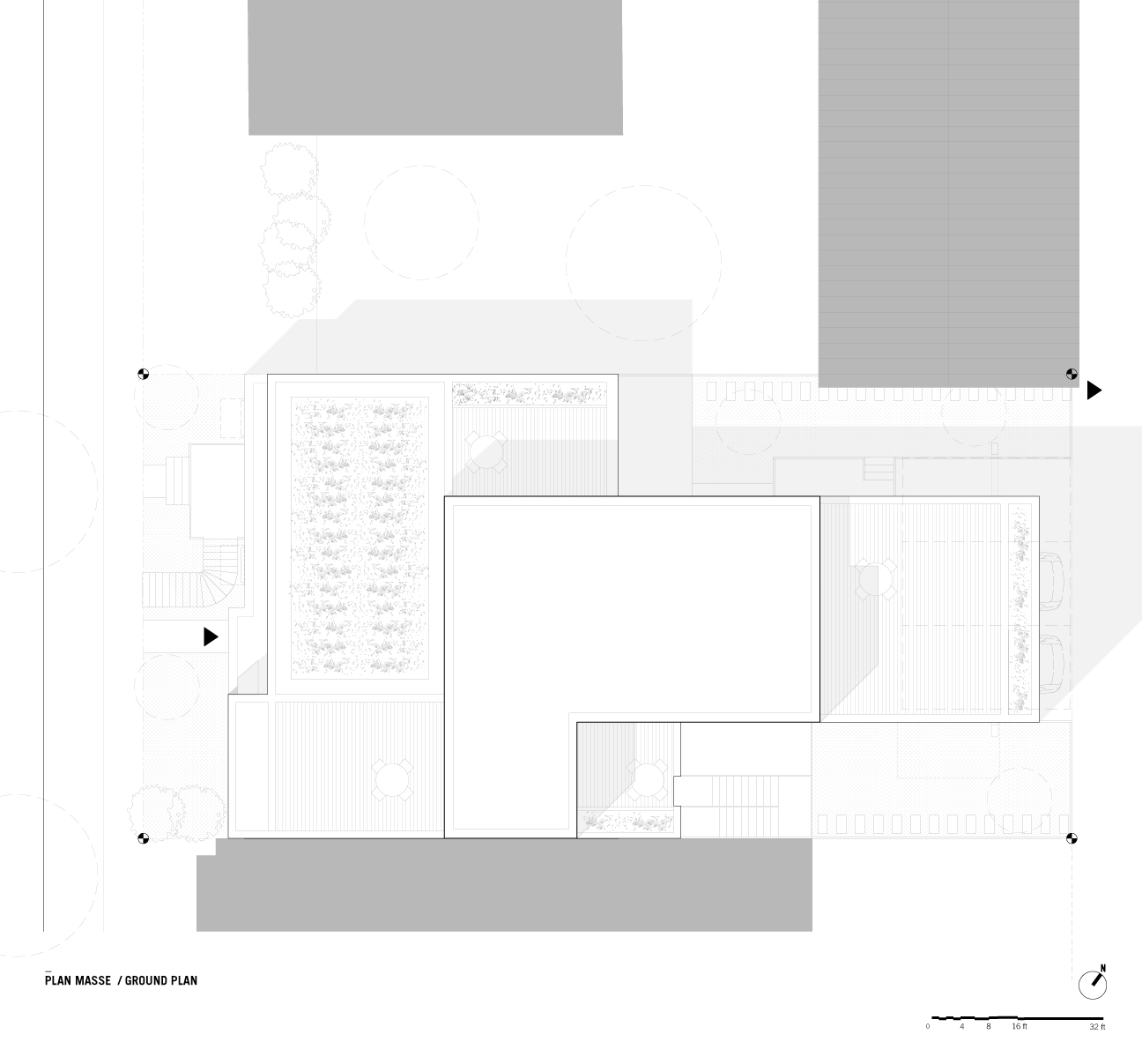