Youth Center of the Laurentides

The call for ideas for the Rehabilitation Center for young people with special education needs in the Laurentides, initiated by the Société Québécoise des Infrastructures, led to the development of a project with an interprofessional reflection aimed on the well-being of its users.

The concept aims to create a certain level of intimacy with respect to the urban context. The treatment of the exterior facade is inspired by the idea of “ramification”. By analogy, it suggests the importance of a strong social structure that ensures the growth and well-being of its citizens. The resulting canvas echoes the concept of  “the Forest”, which is revealed when one enters the heart of the building, where one perceives within each movement the color variations of the facade of steel blades. Extruded in its center, the project reveals a vast and enclosed outdoor space, becoming a place for walking, contemplation, games and gathering. Within each unit, the living space are polarized between the rooms located on the outer perimeter and the living areas oriented on the forest side. From the inside of each room, the views are oriented towards the surrounding landscape while being protected from the outside by the filtering steel facade. 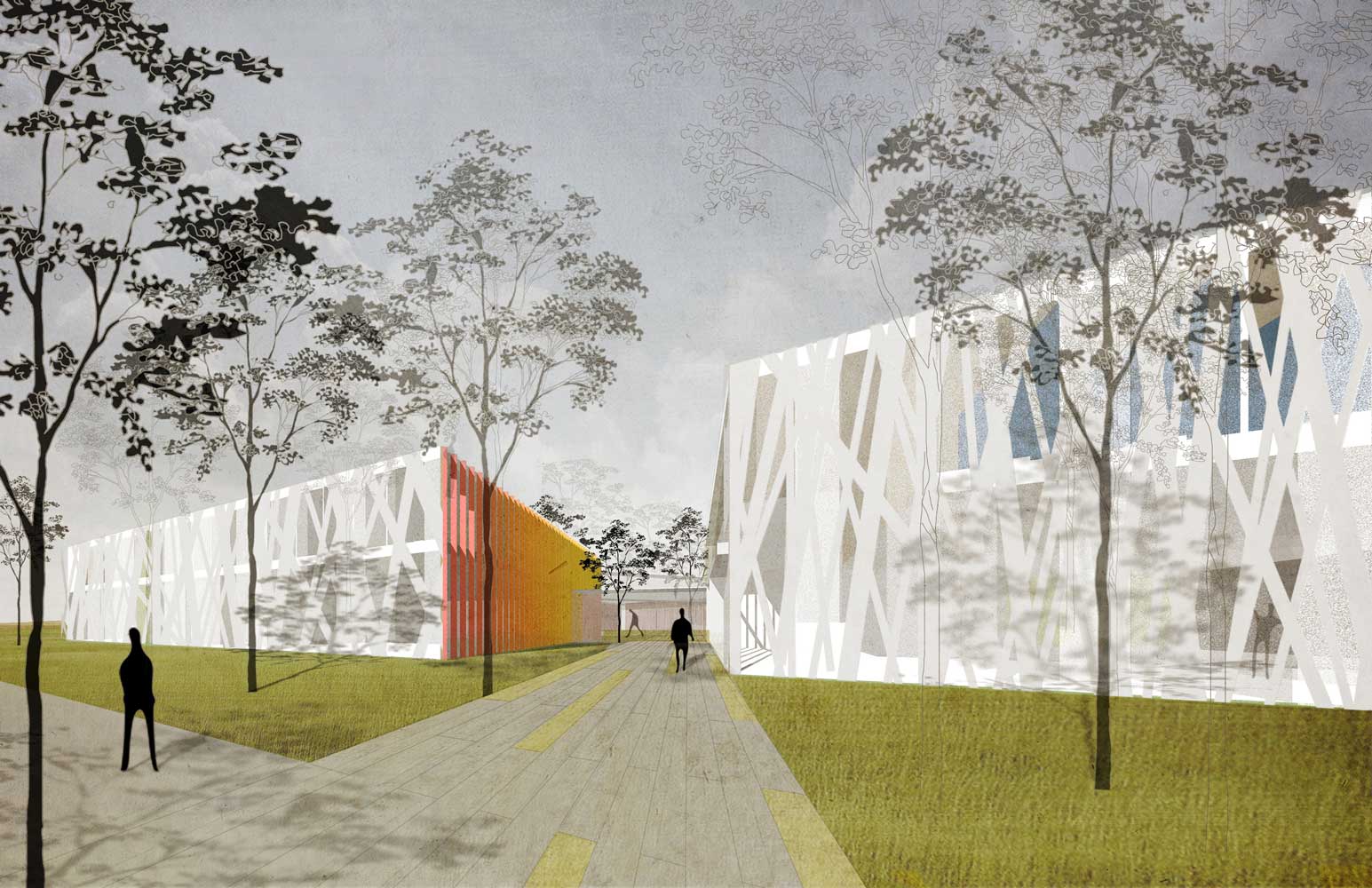 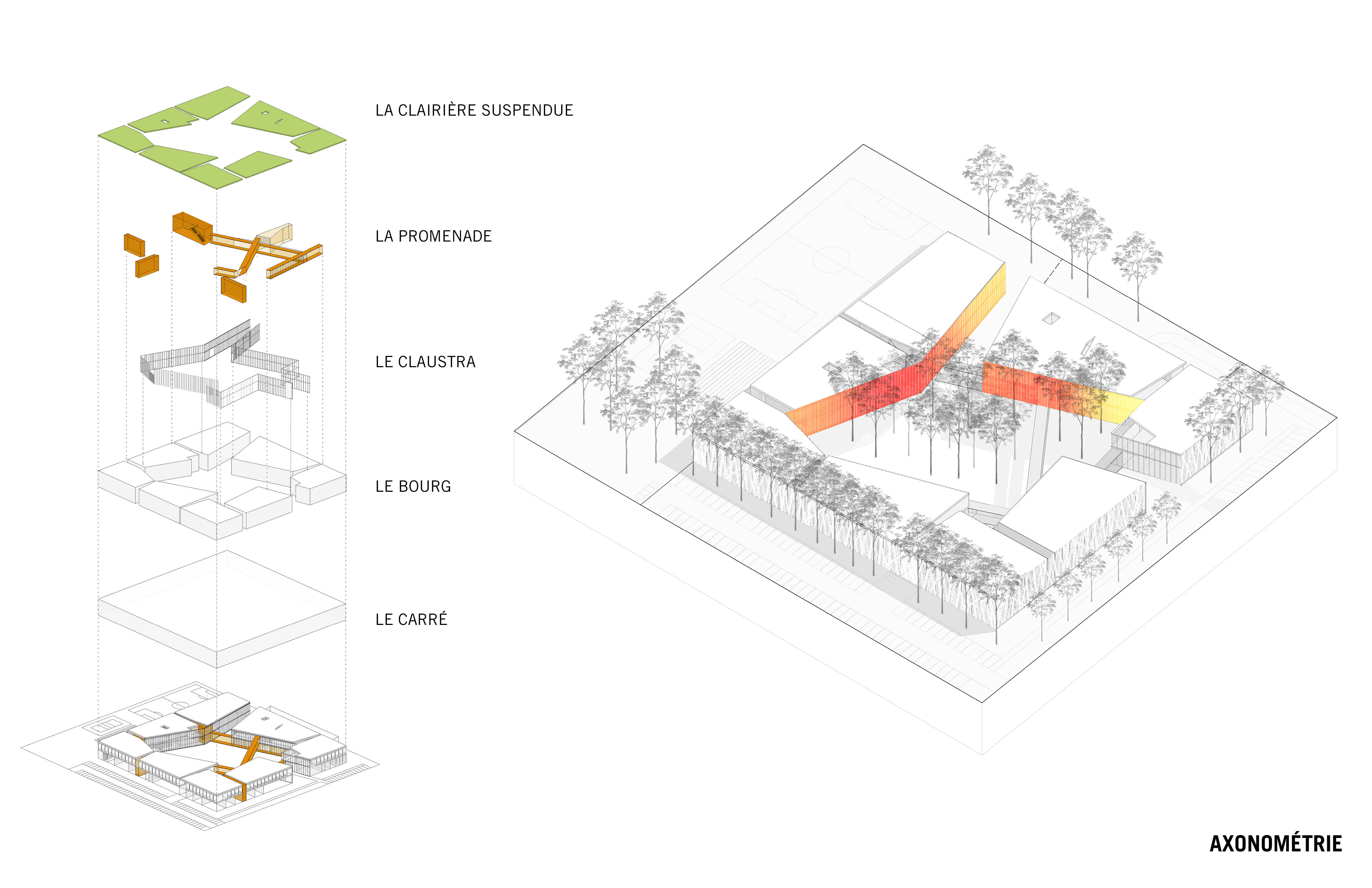 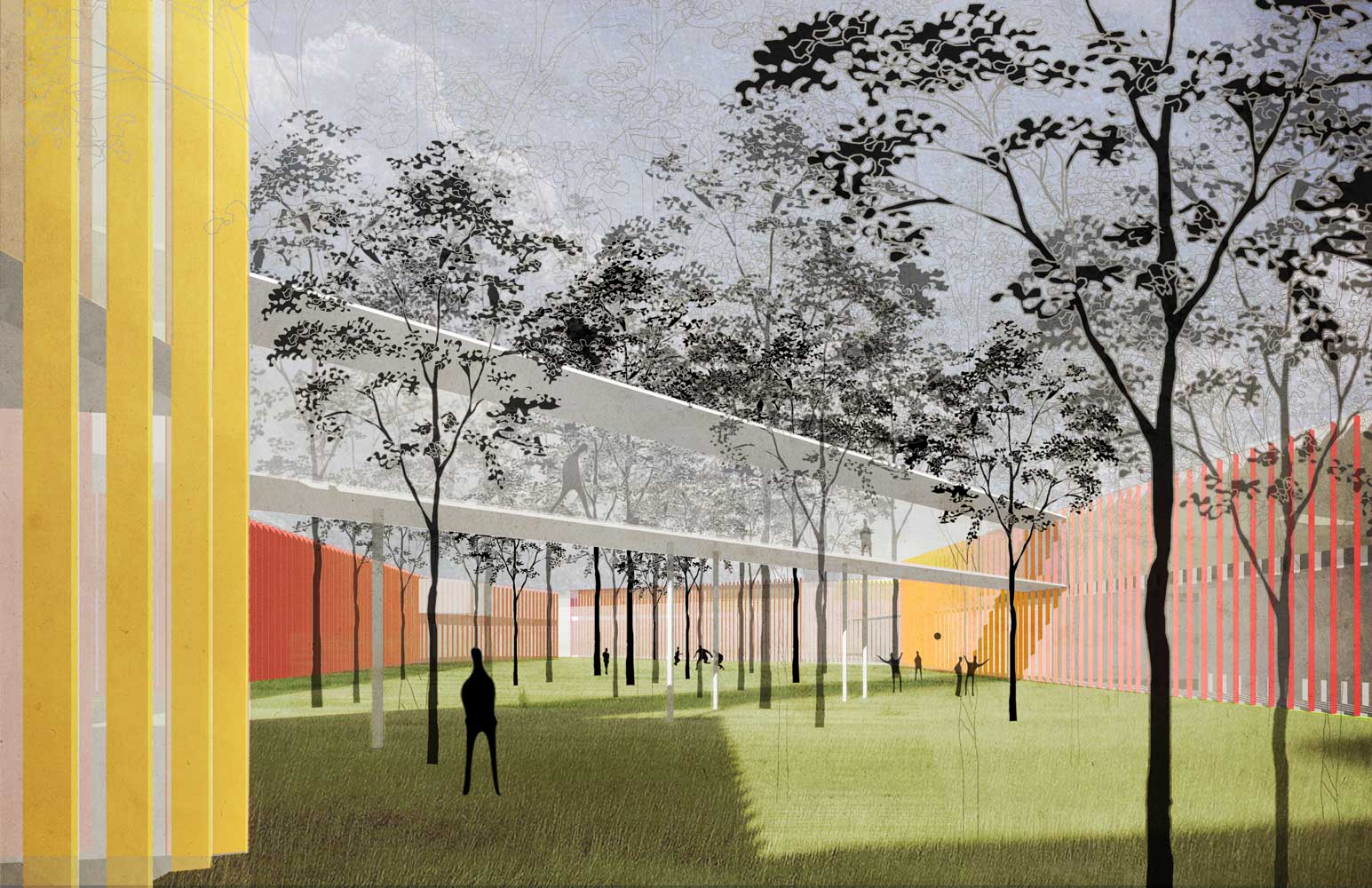 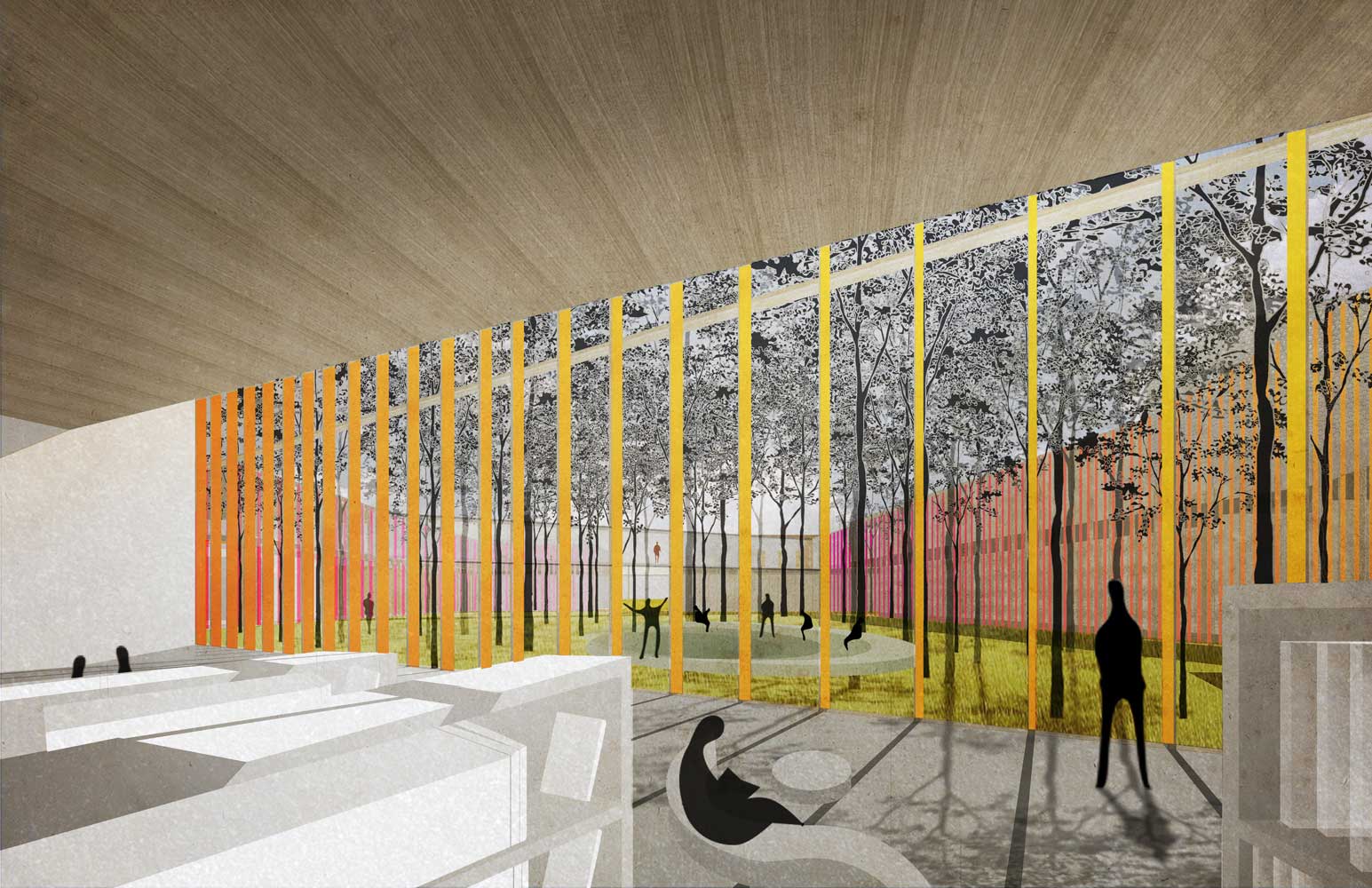 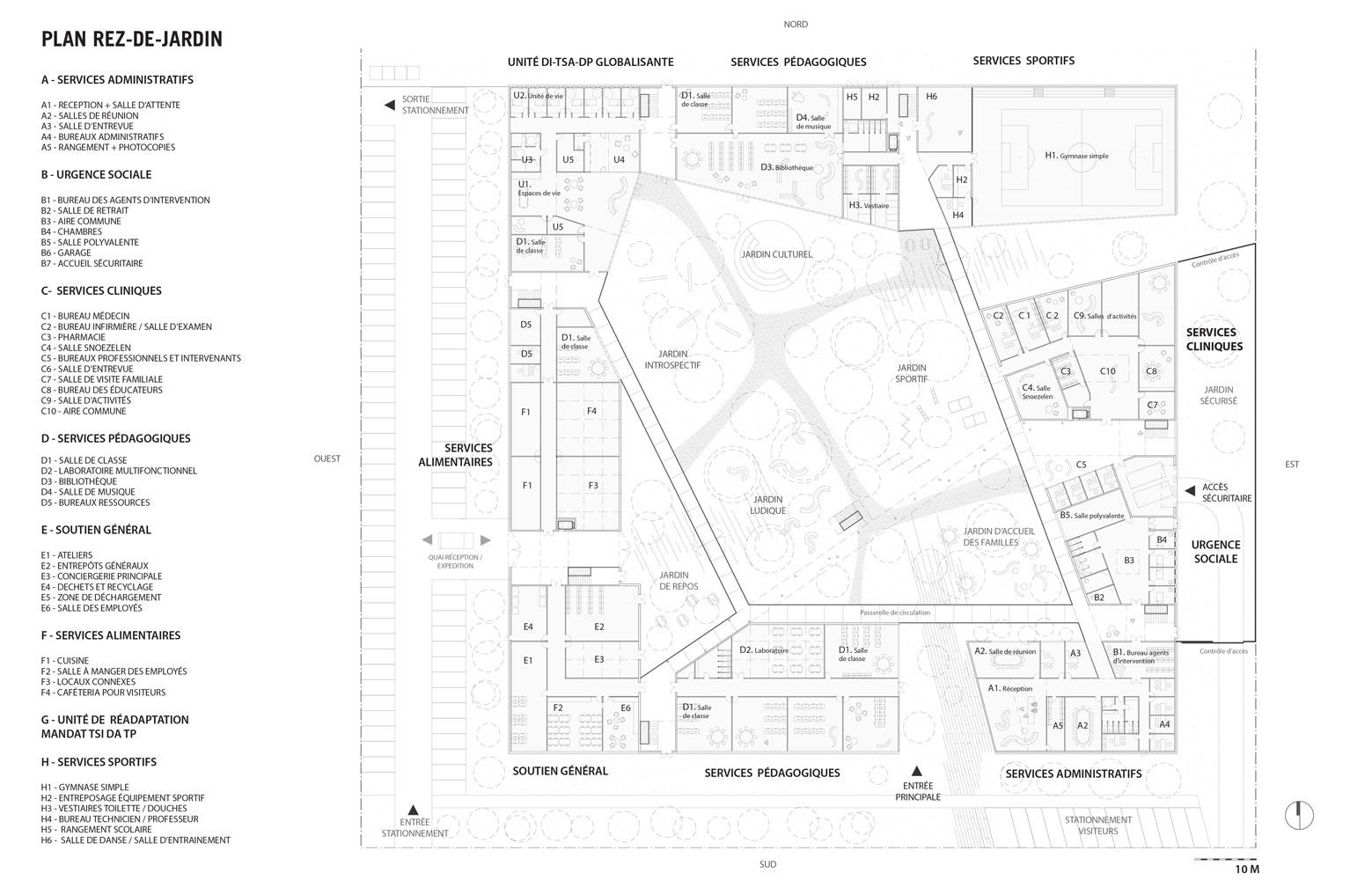 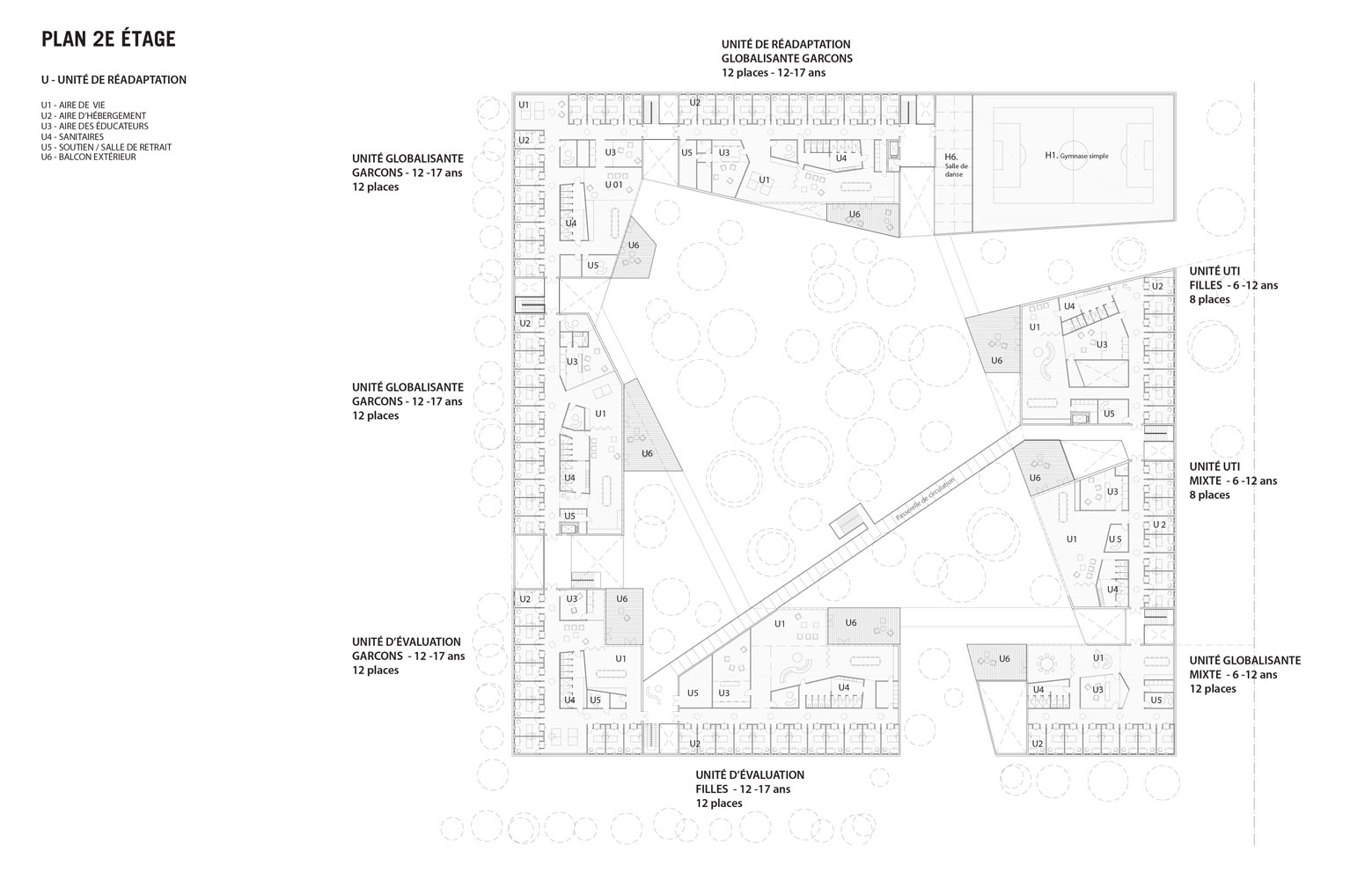 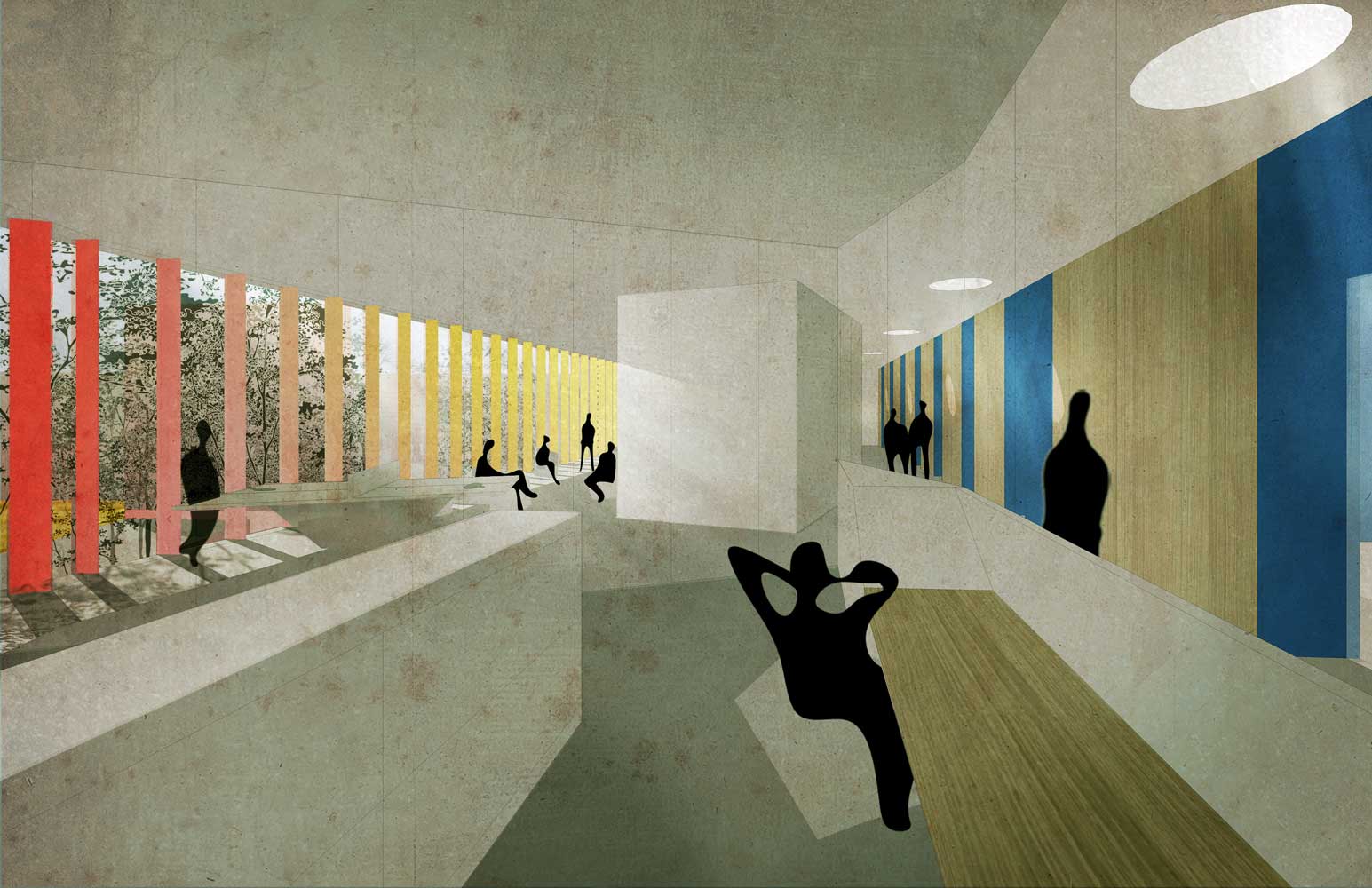 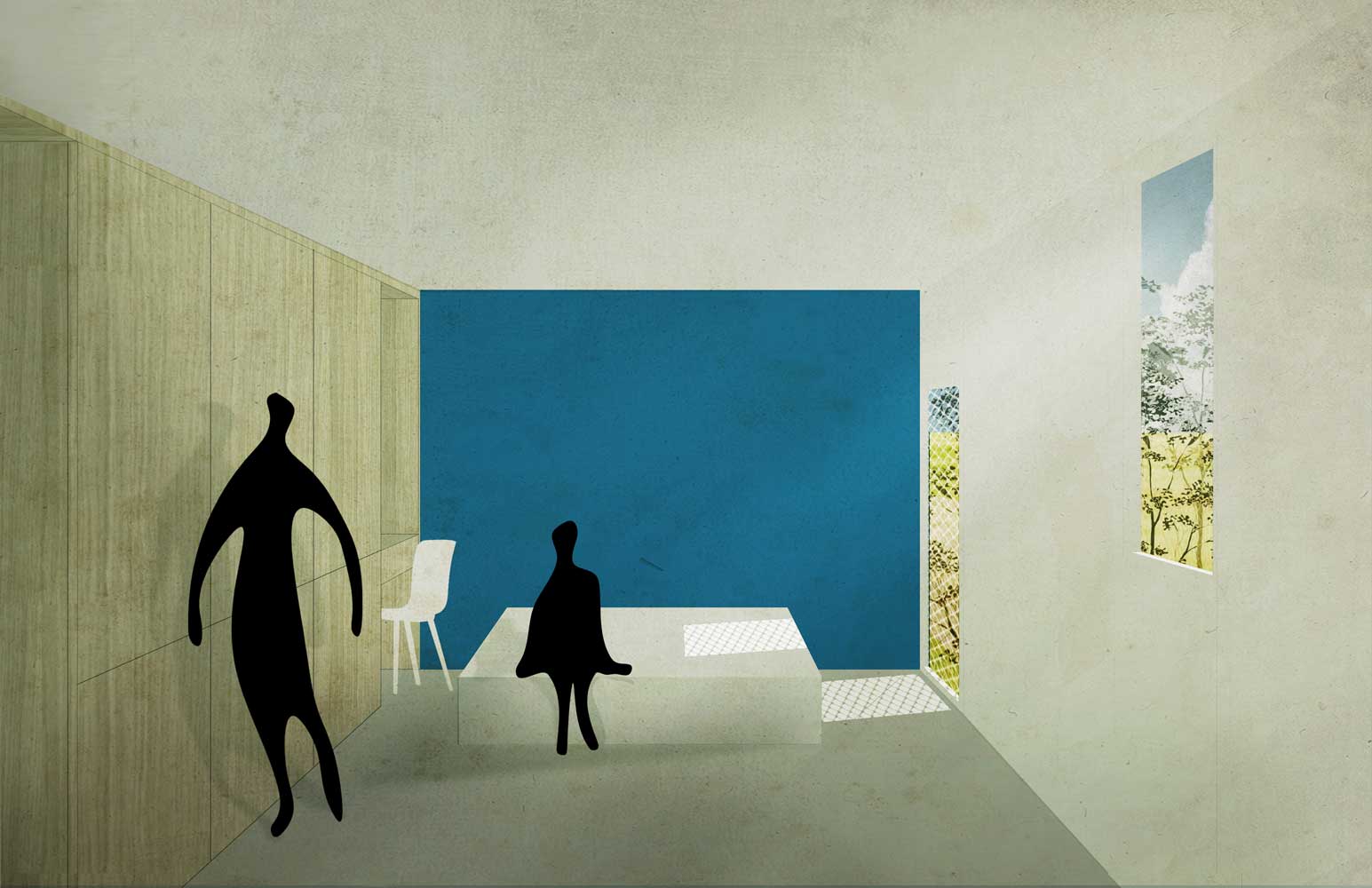 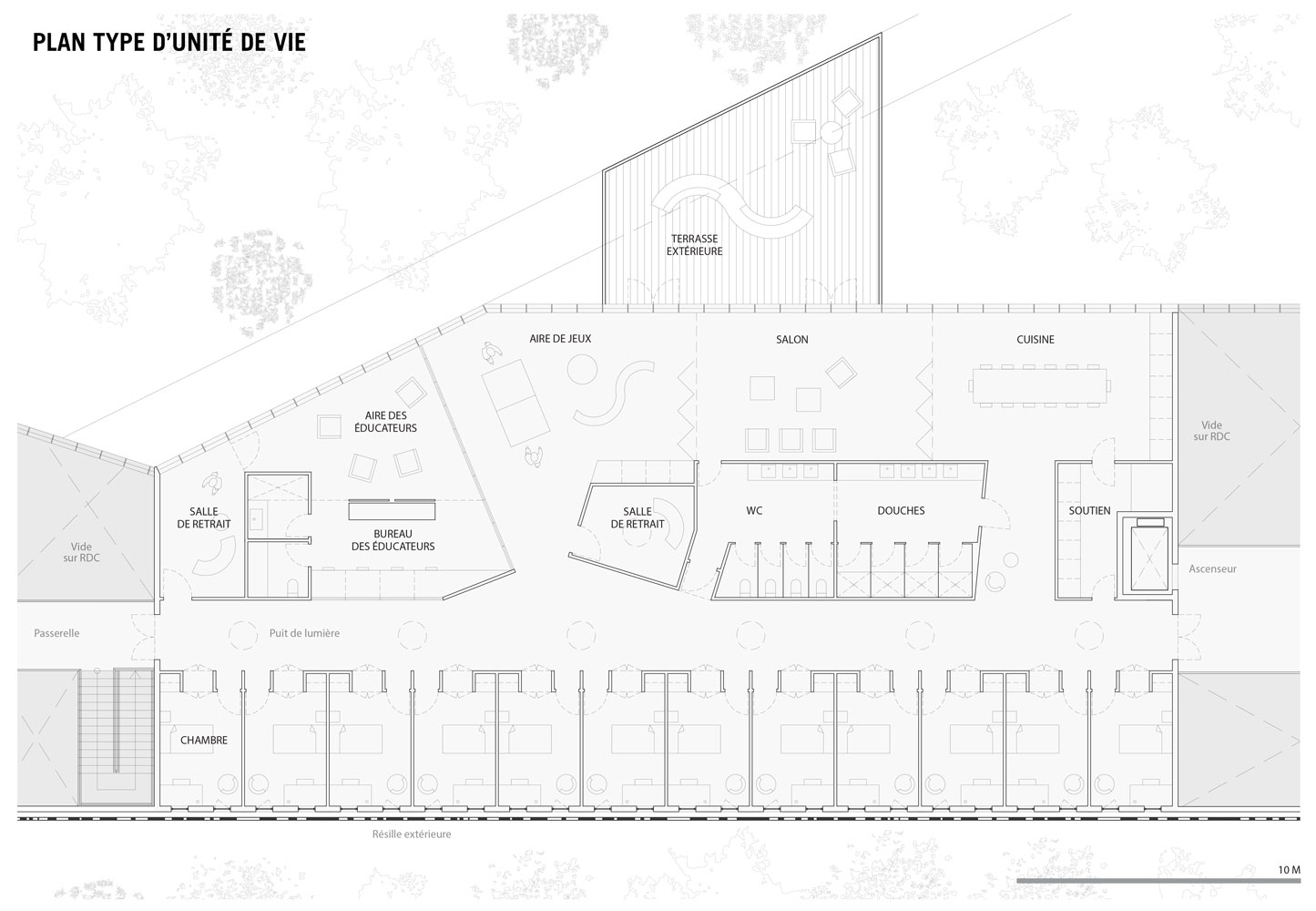