The client’s priority was to maximize the natural light in their new live/work house in Montreal’s Mile-Ex district. This was made challenging by the east-west orientation of the infill lot. However, our design fills even the core of the house with light through the implementation of a 2 storey light-well which runs the length of the southern side of the house. Additional light is reflected into this light-well by the client’s office space, a white volume that sits atop the northern edge light-well. Spaces on the second storey also benefit from the light well’s luminosity; the walls adjacent to it are fully glazed and a floor to ceiling piece of frosted glass brings a very soft light into the bathroom.

The expressive back facade of the house is defined by the angular geometry of the floating steel box. The front facade, however, is composed primarily of bricks to conform with the heritage character of the neighbourhood. Two disjuncted apertures break up the brick façade and are lined in aluminum. As only one side of the brick was glazed, a random mix of forward and backward facing bricks were laid to create a more dynamic façade. 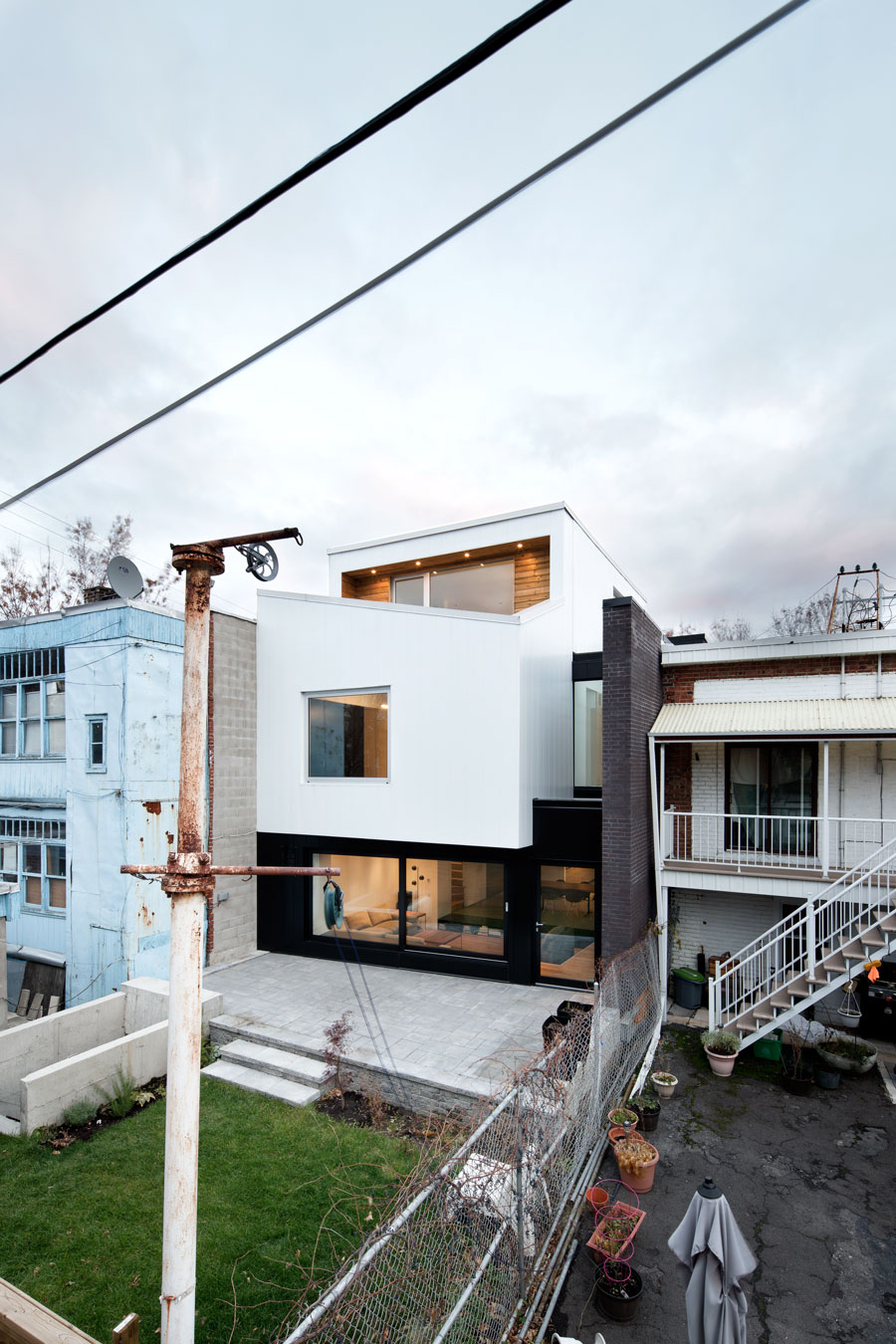 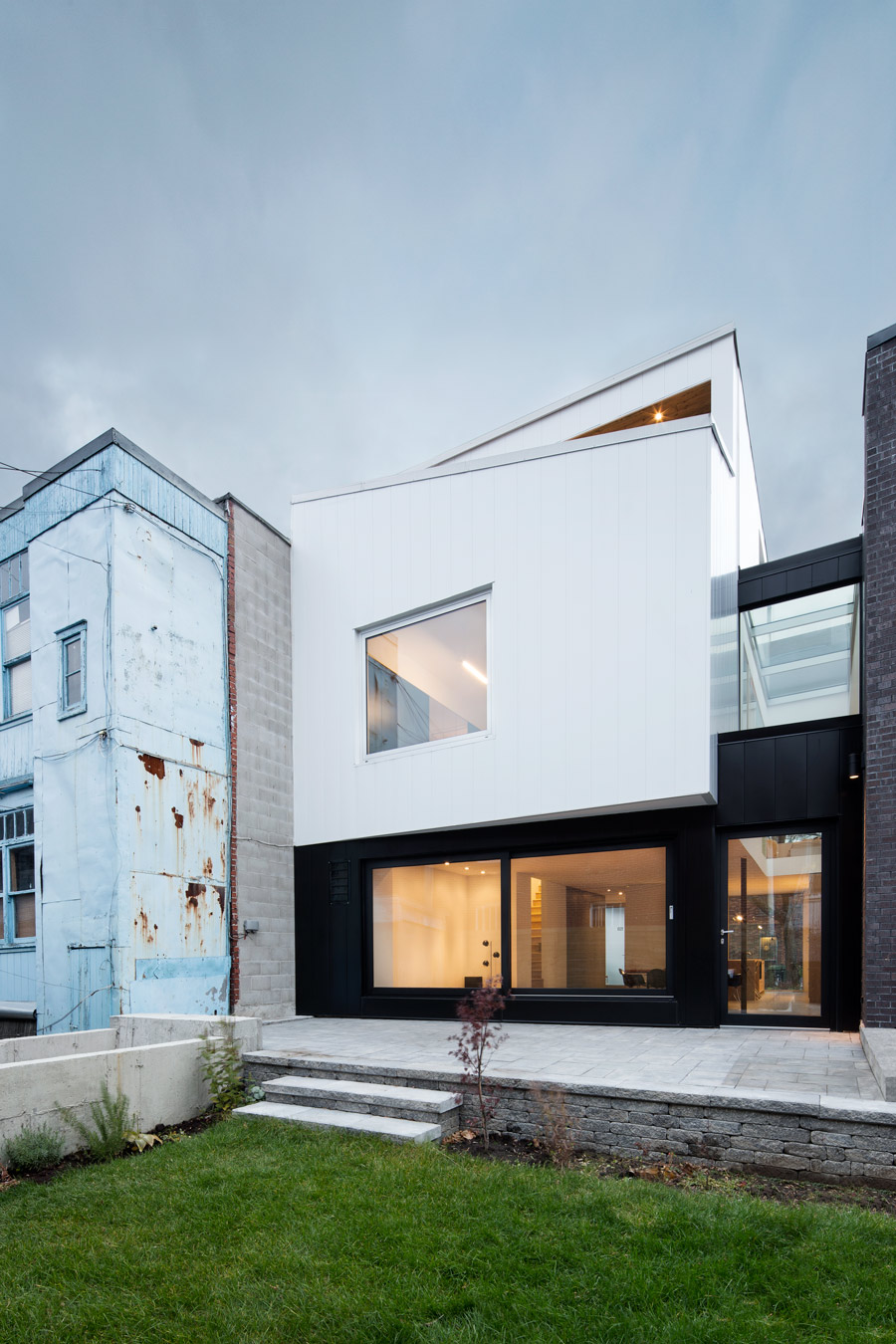 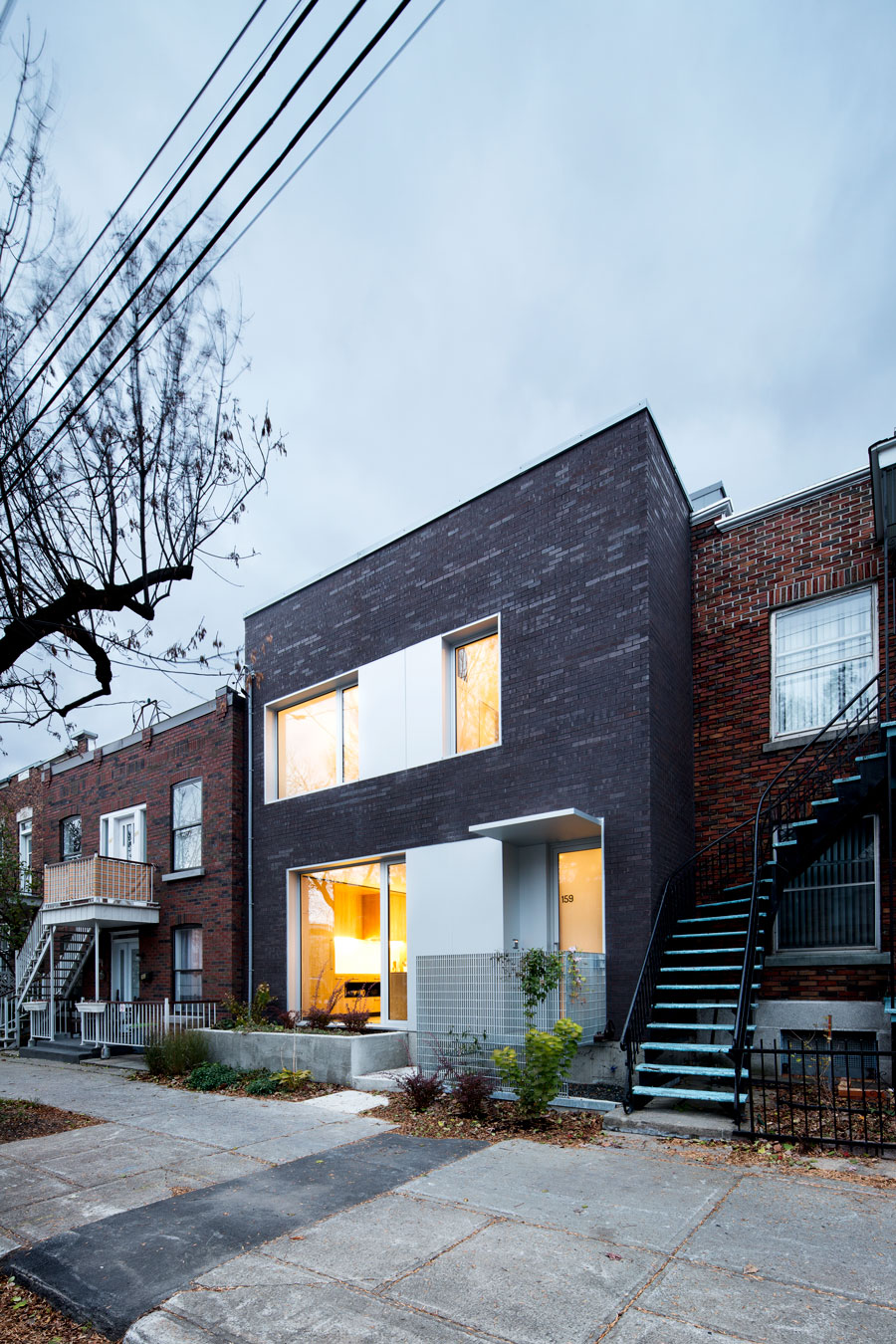 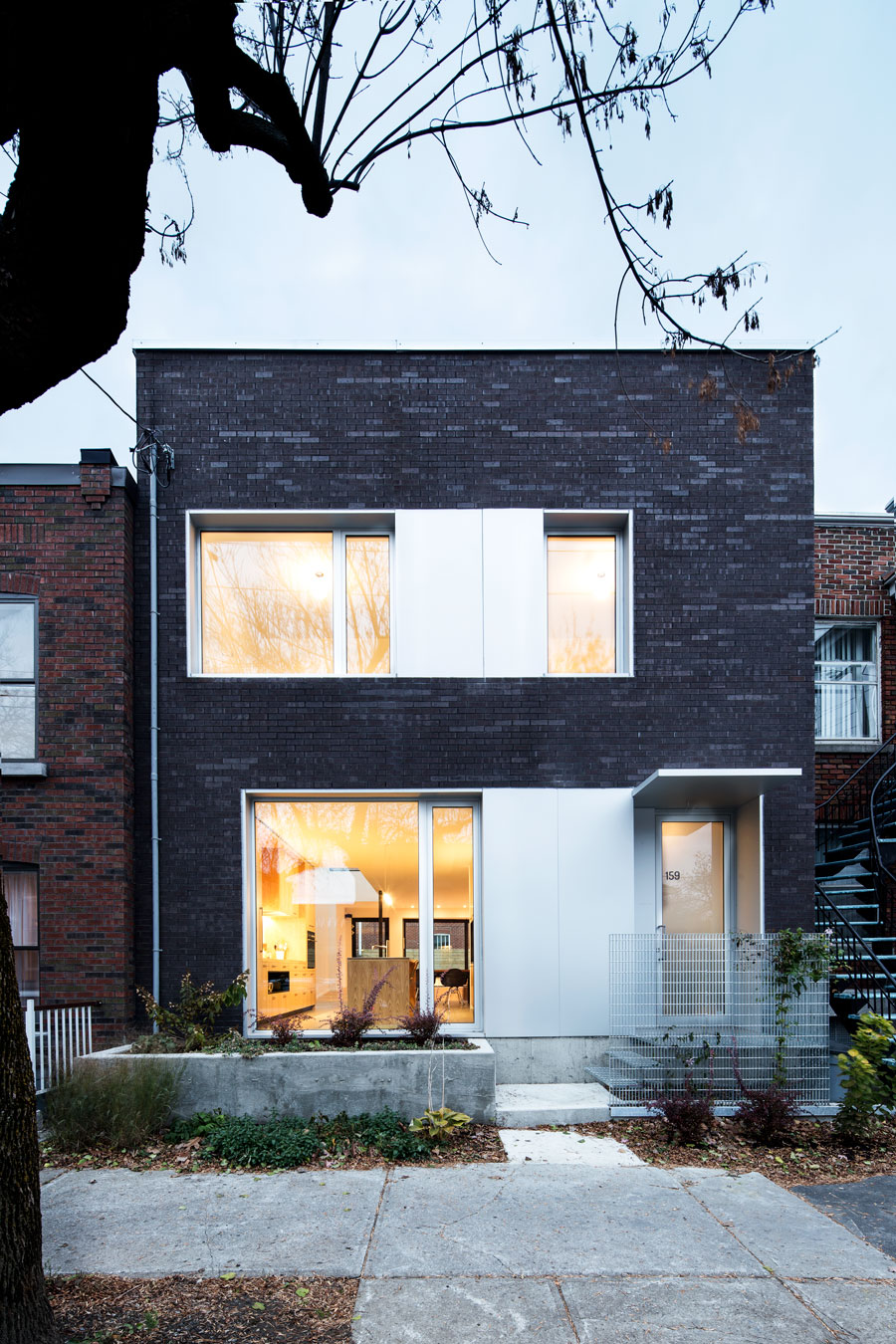 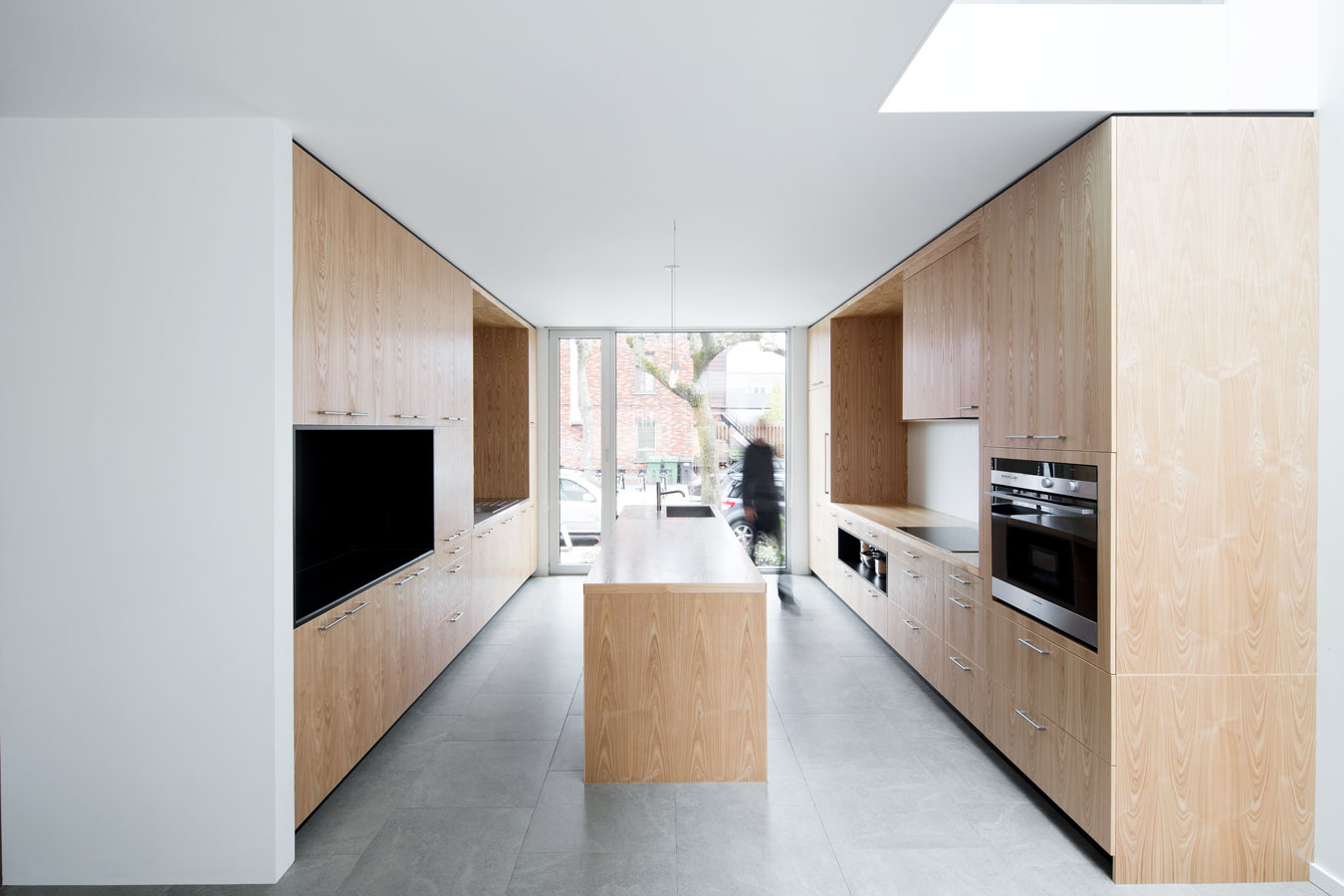 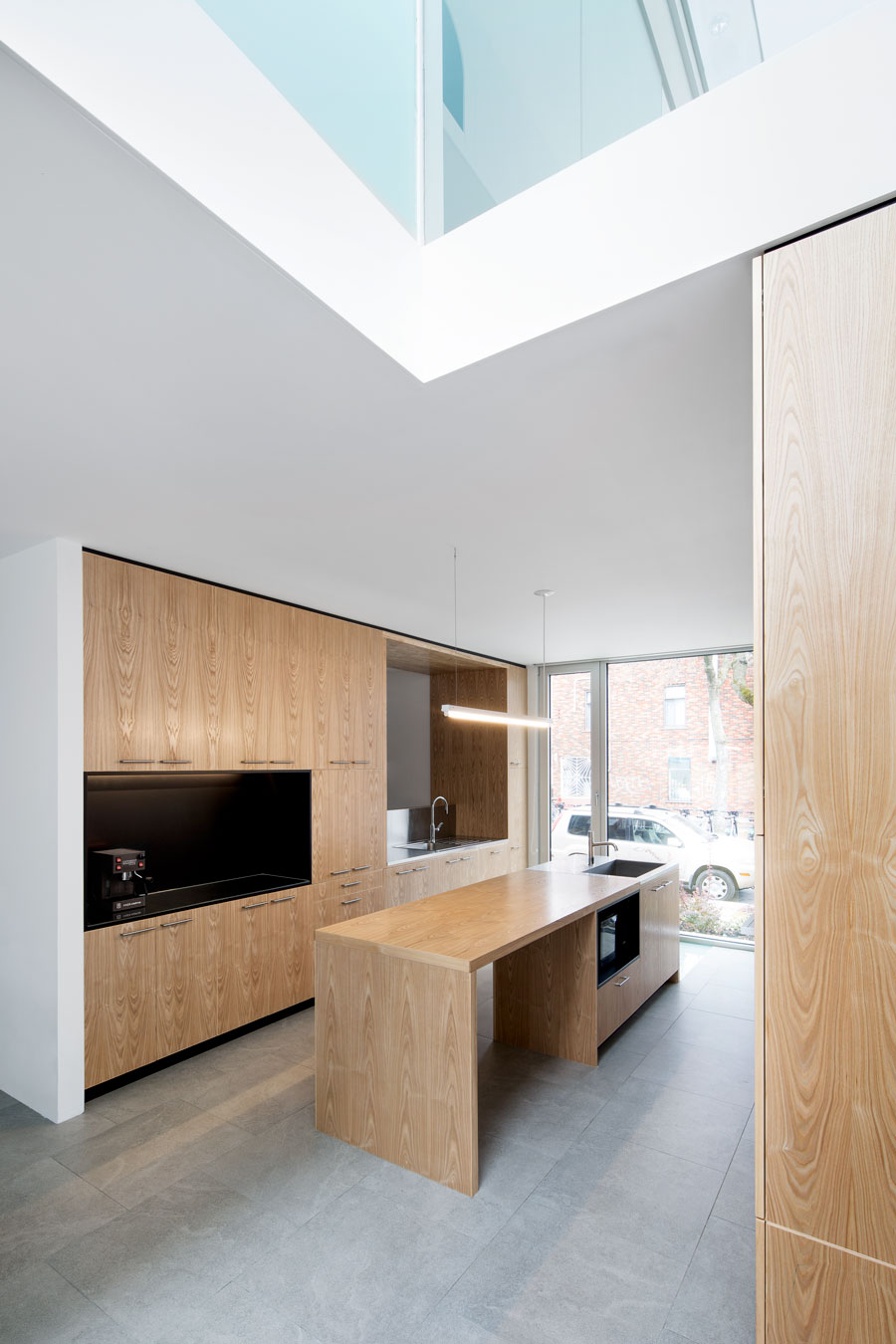 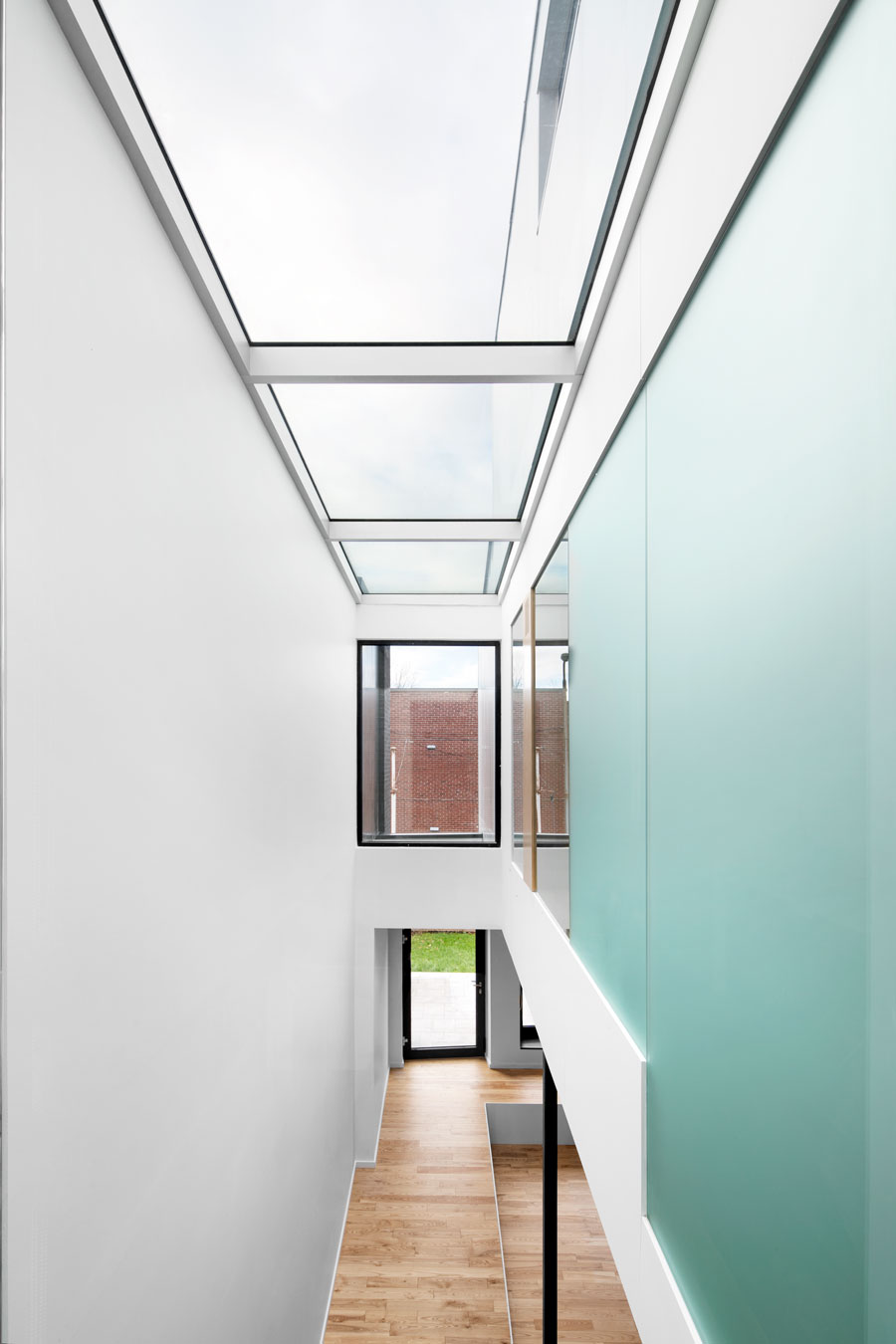 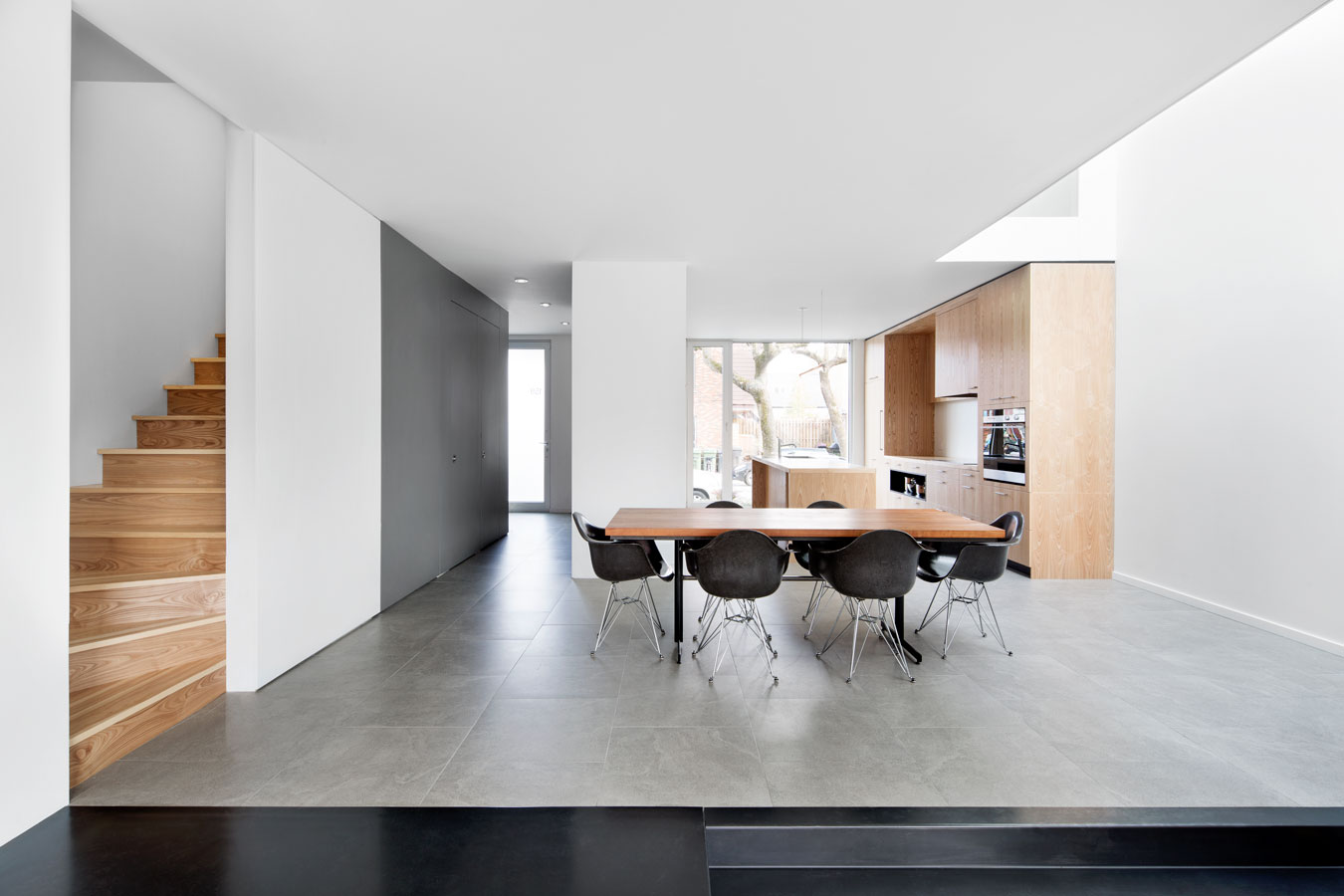 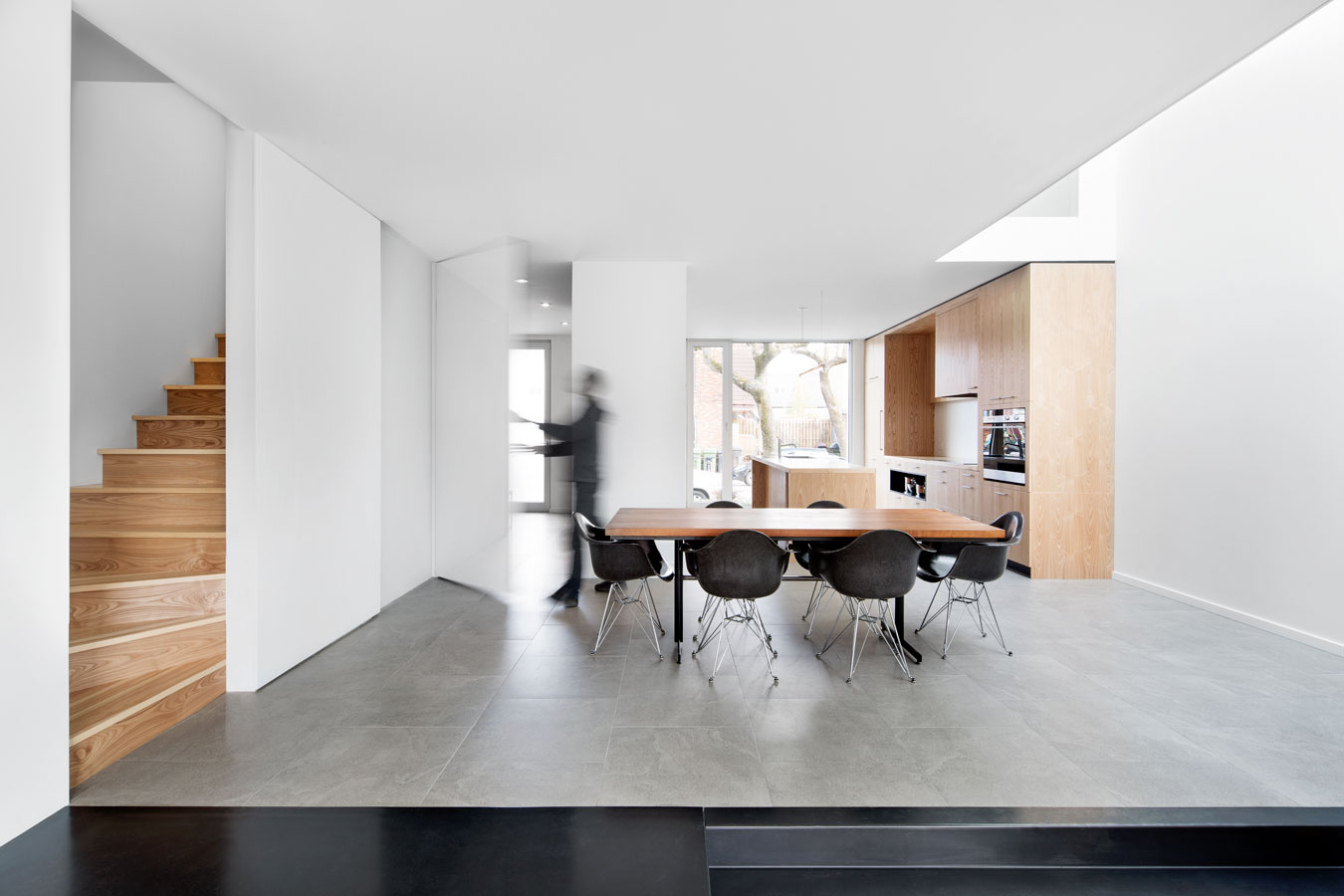 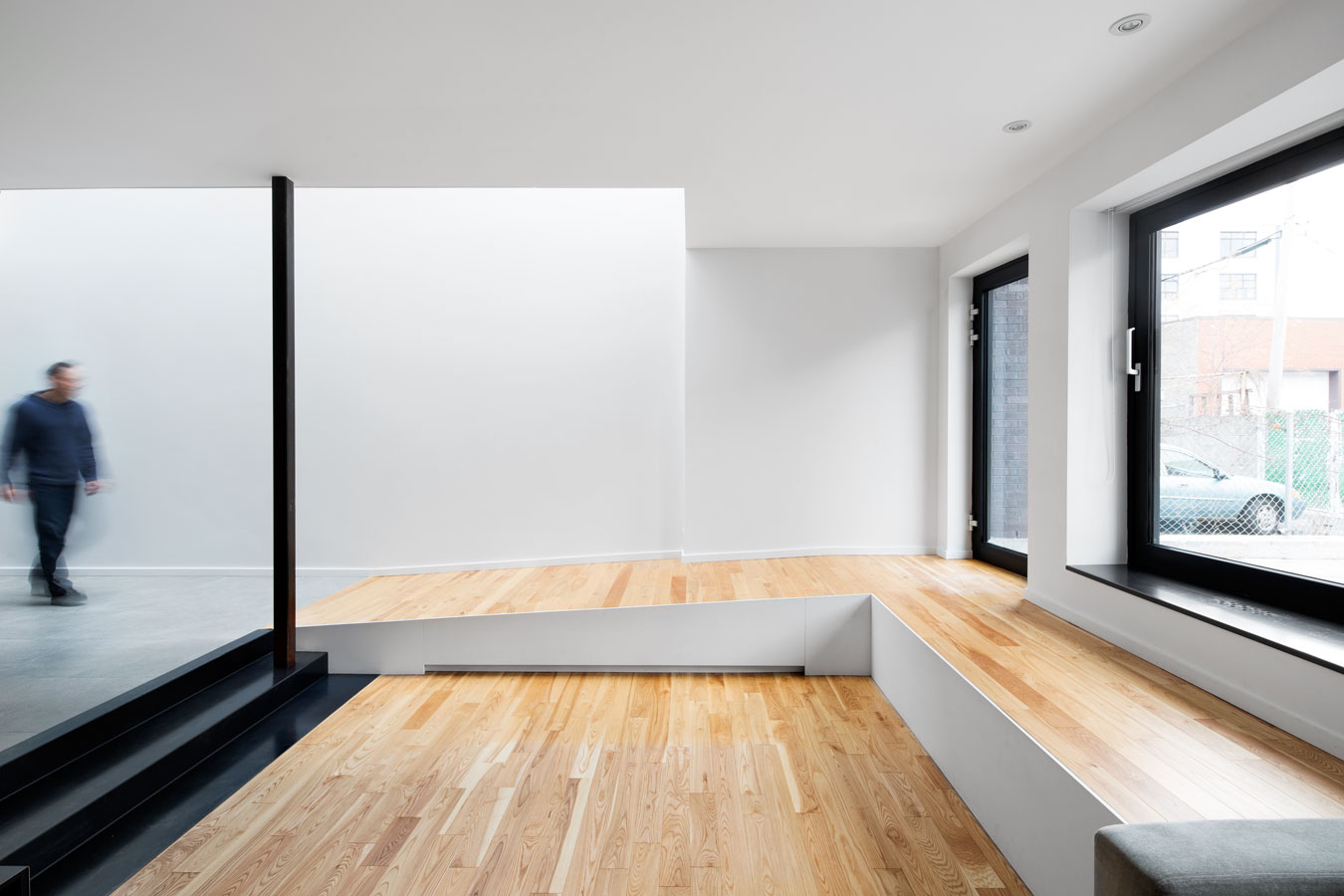 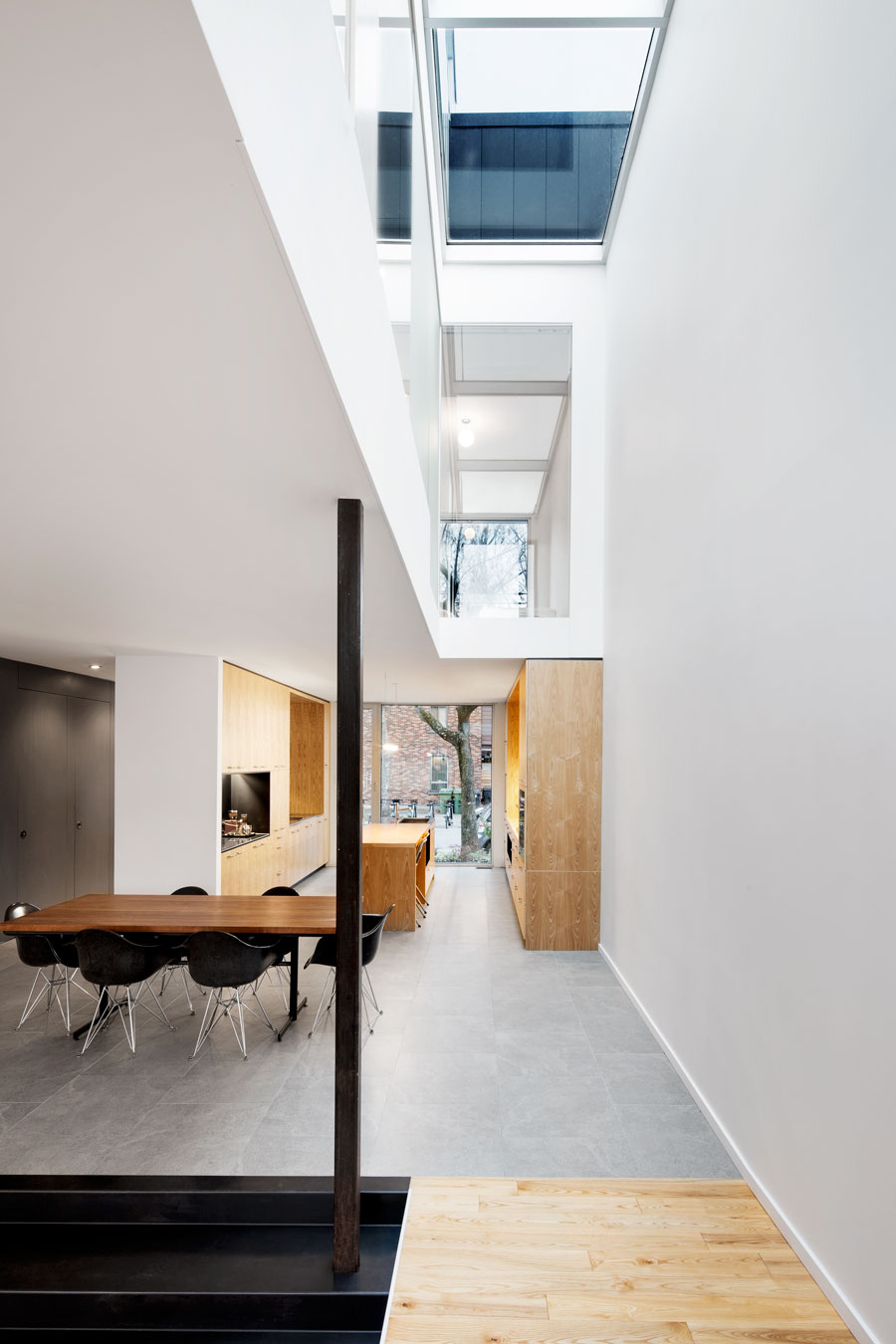 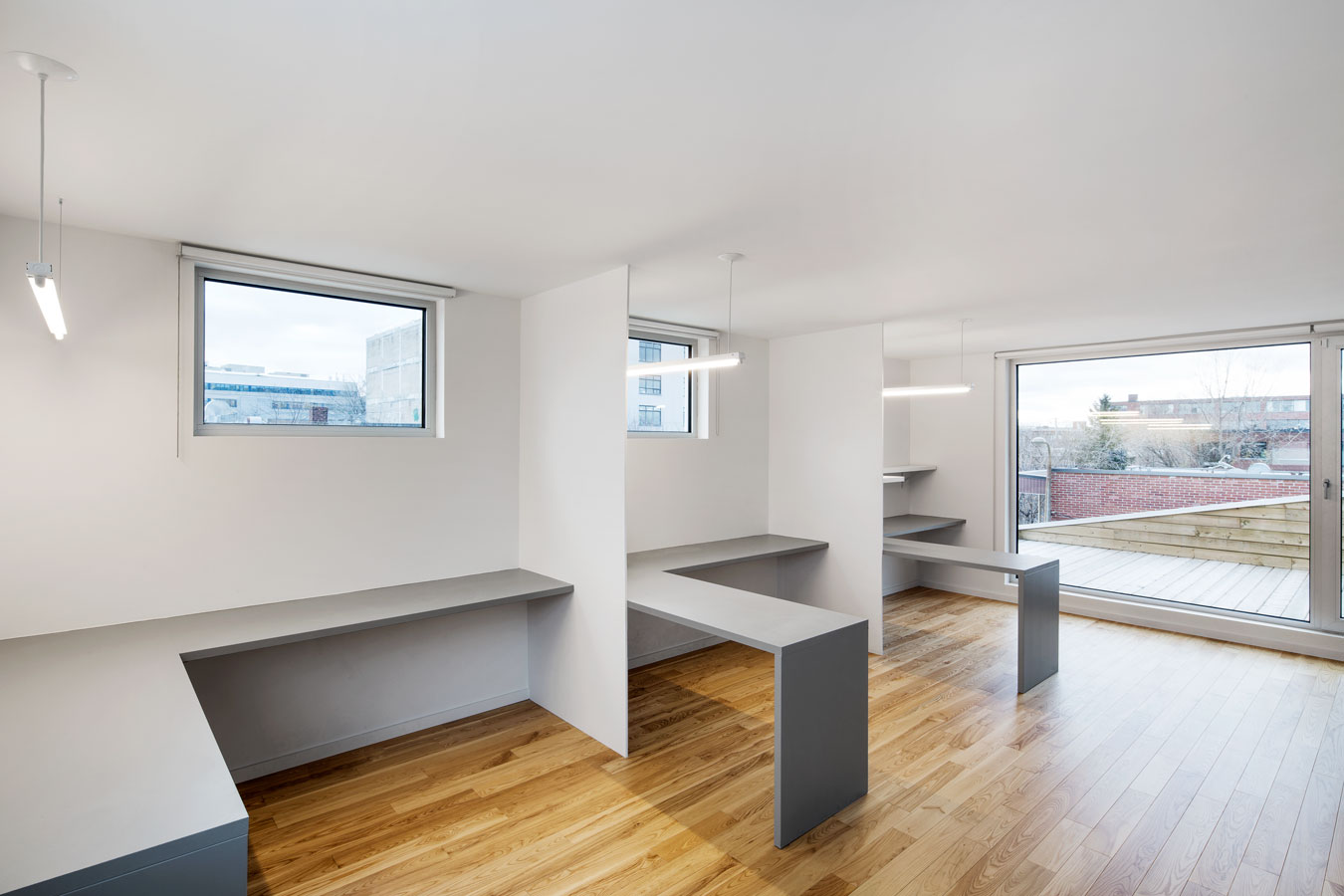 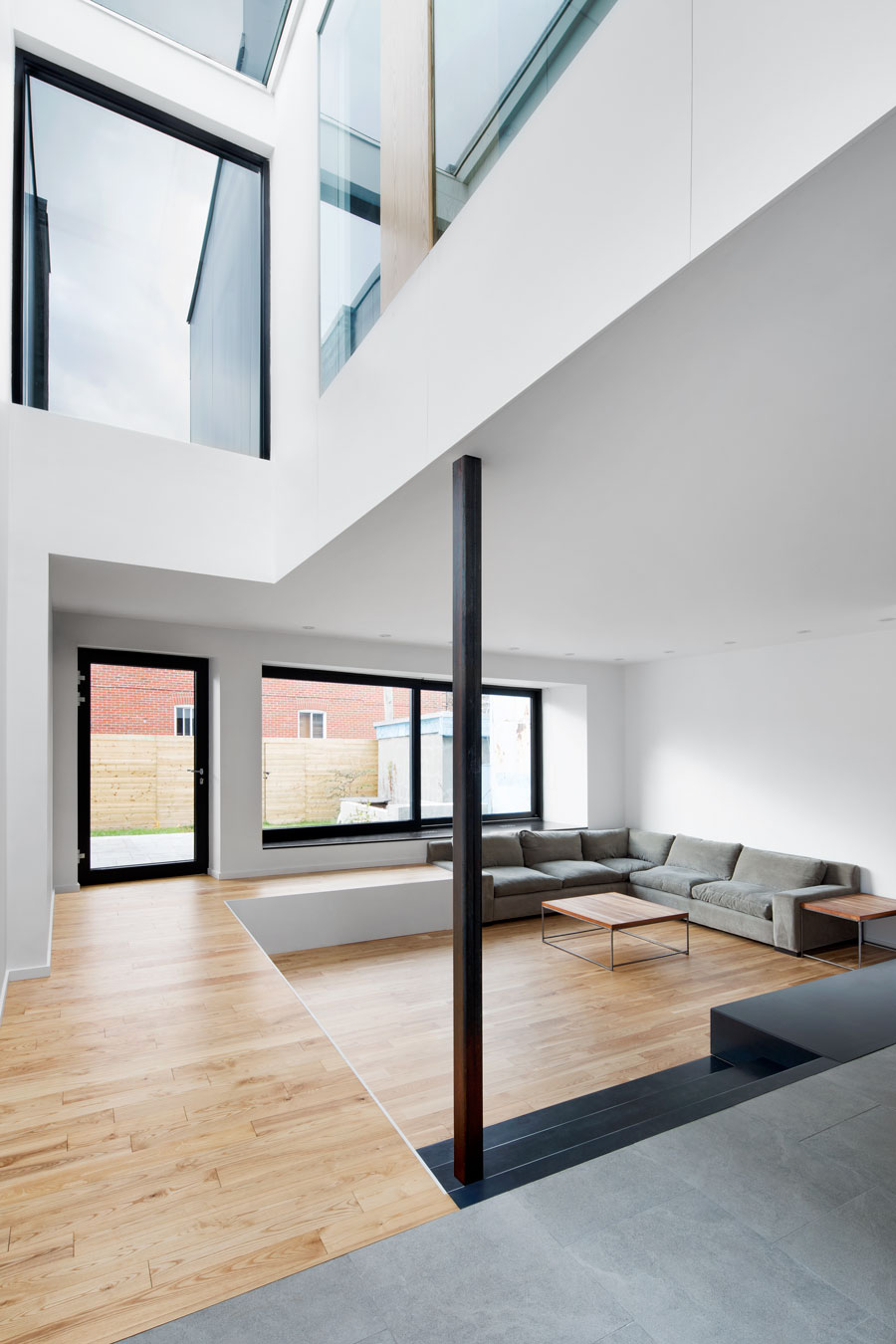 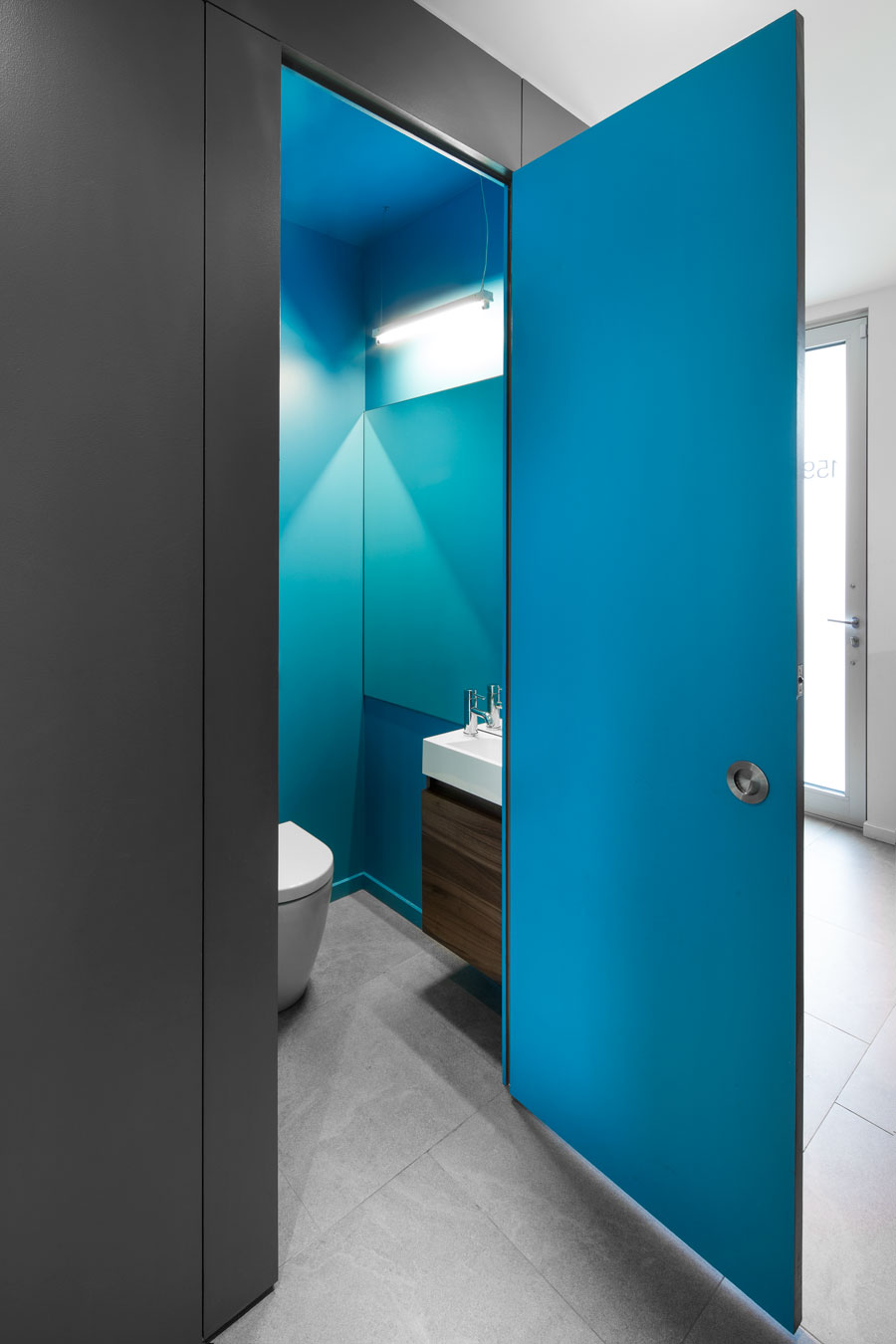 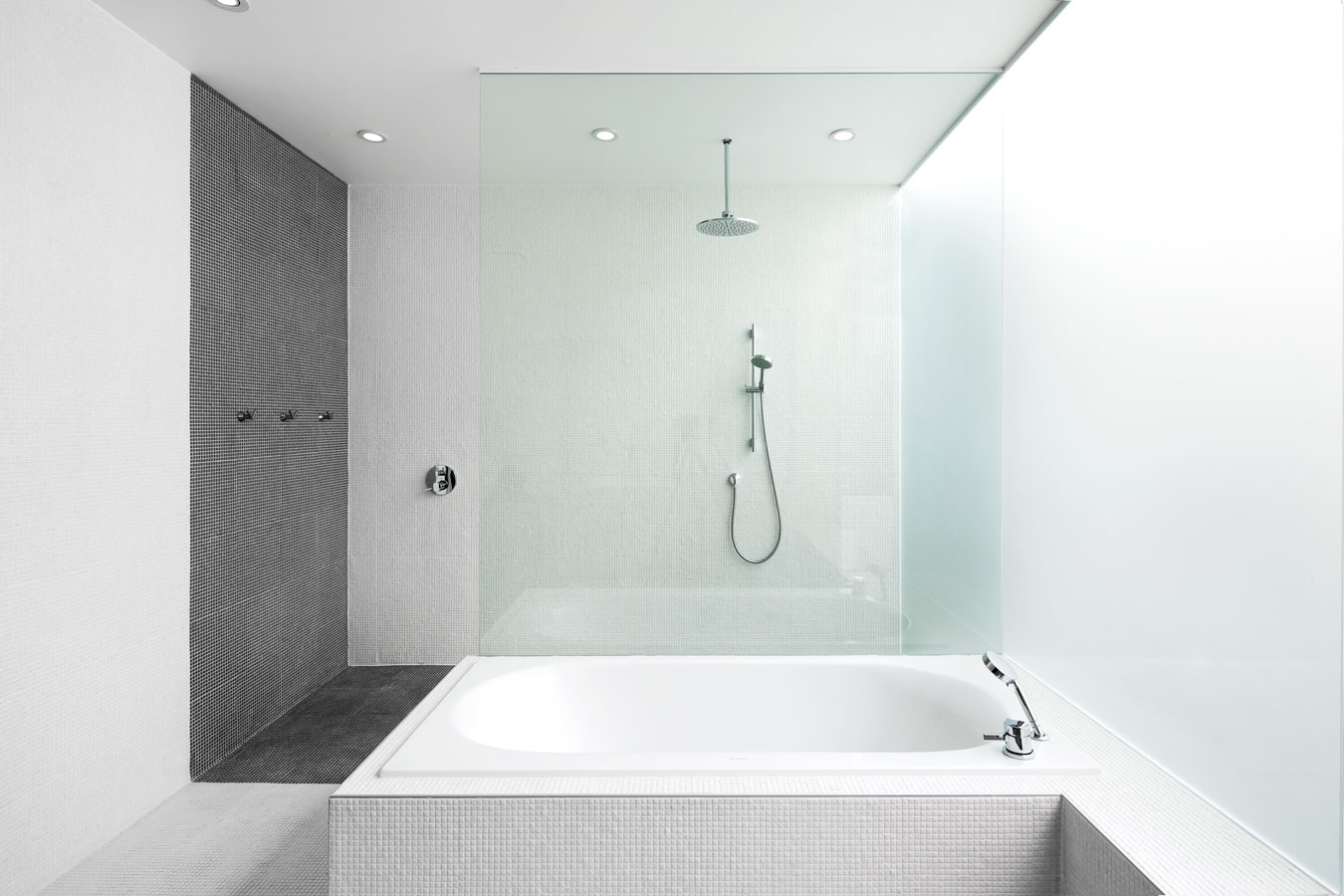 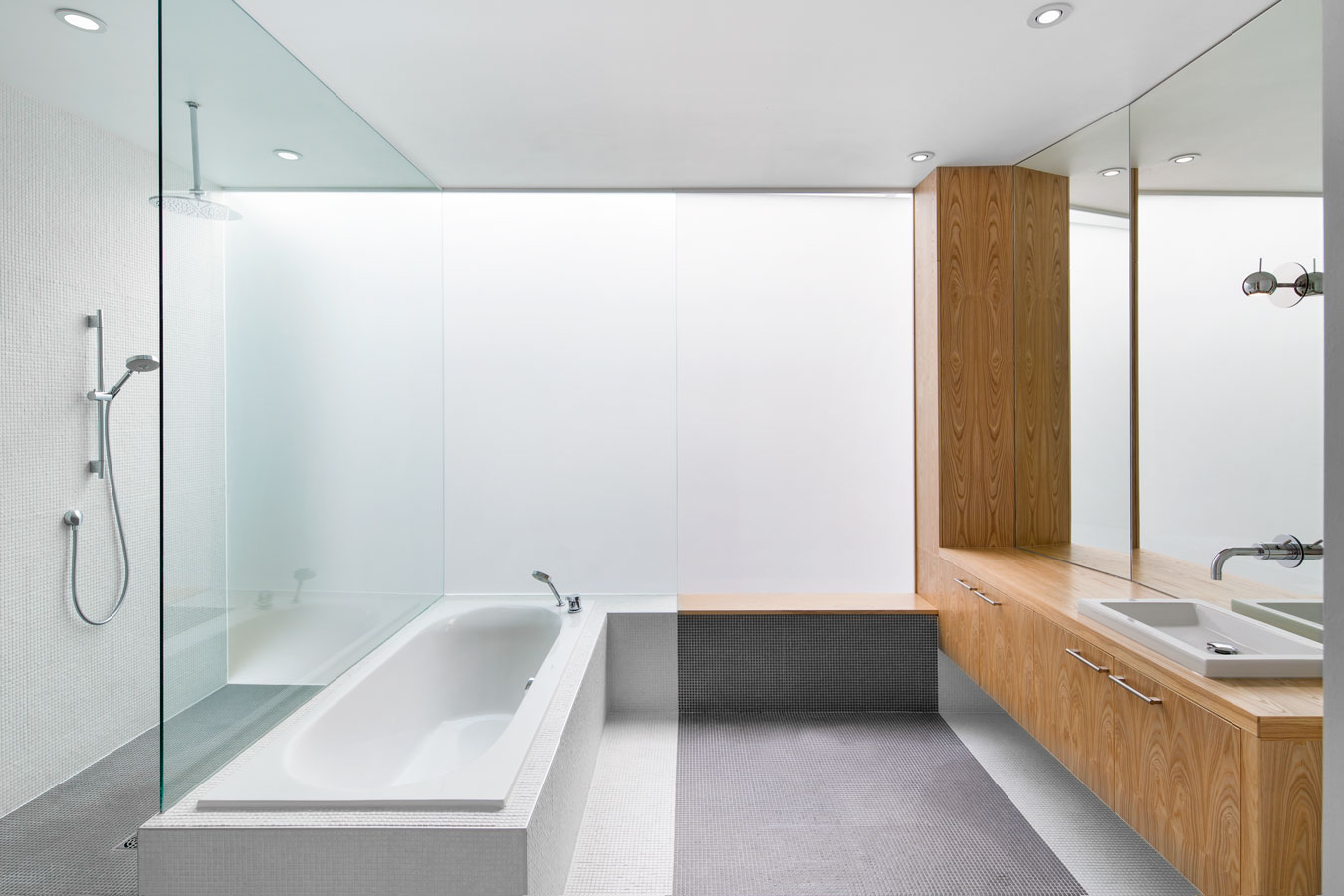 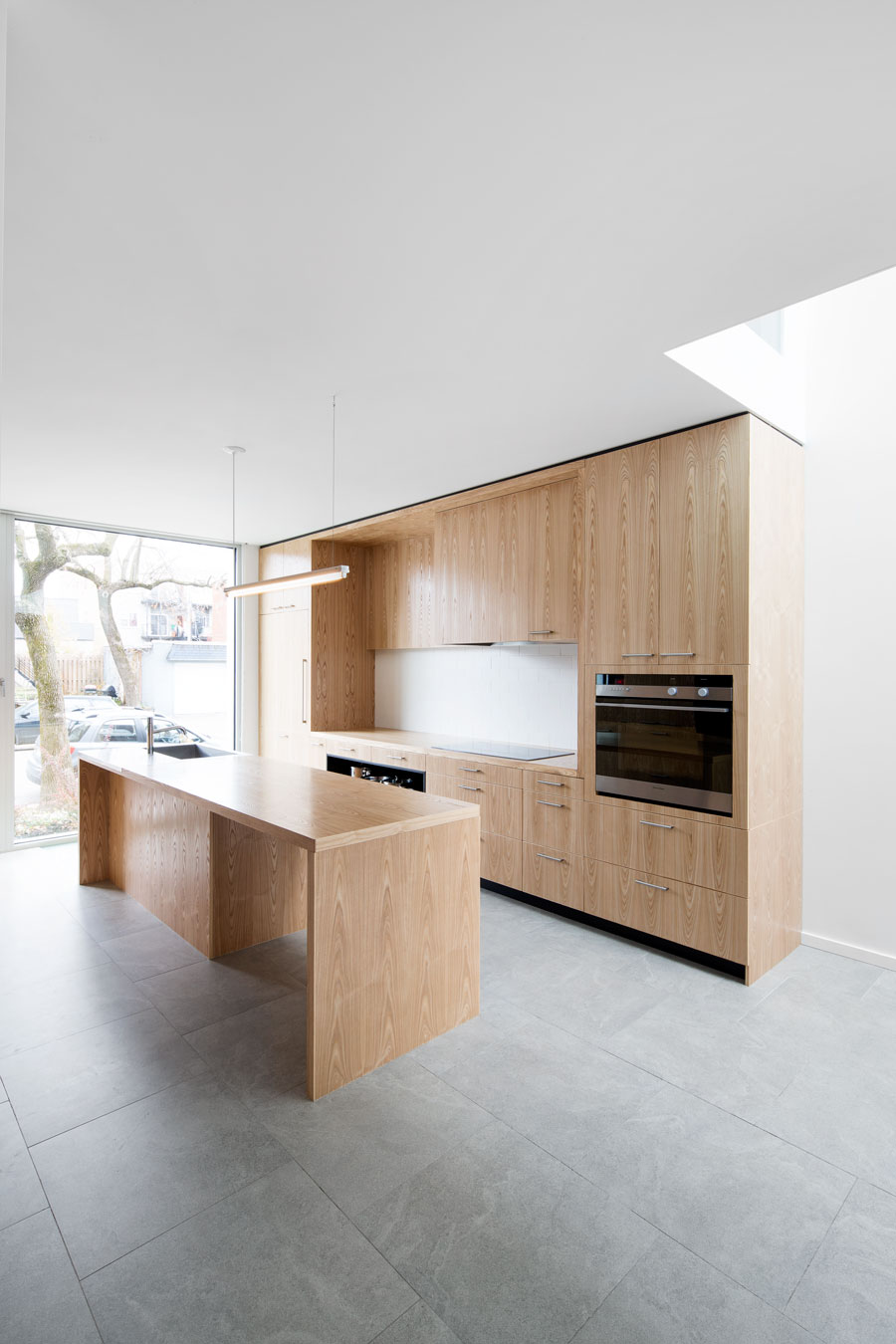 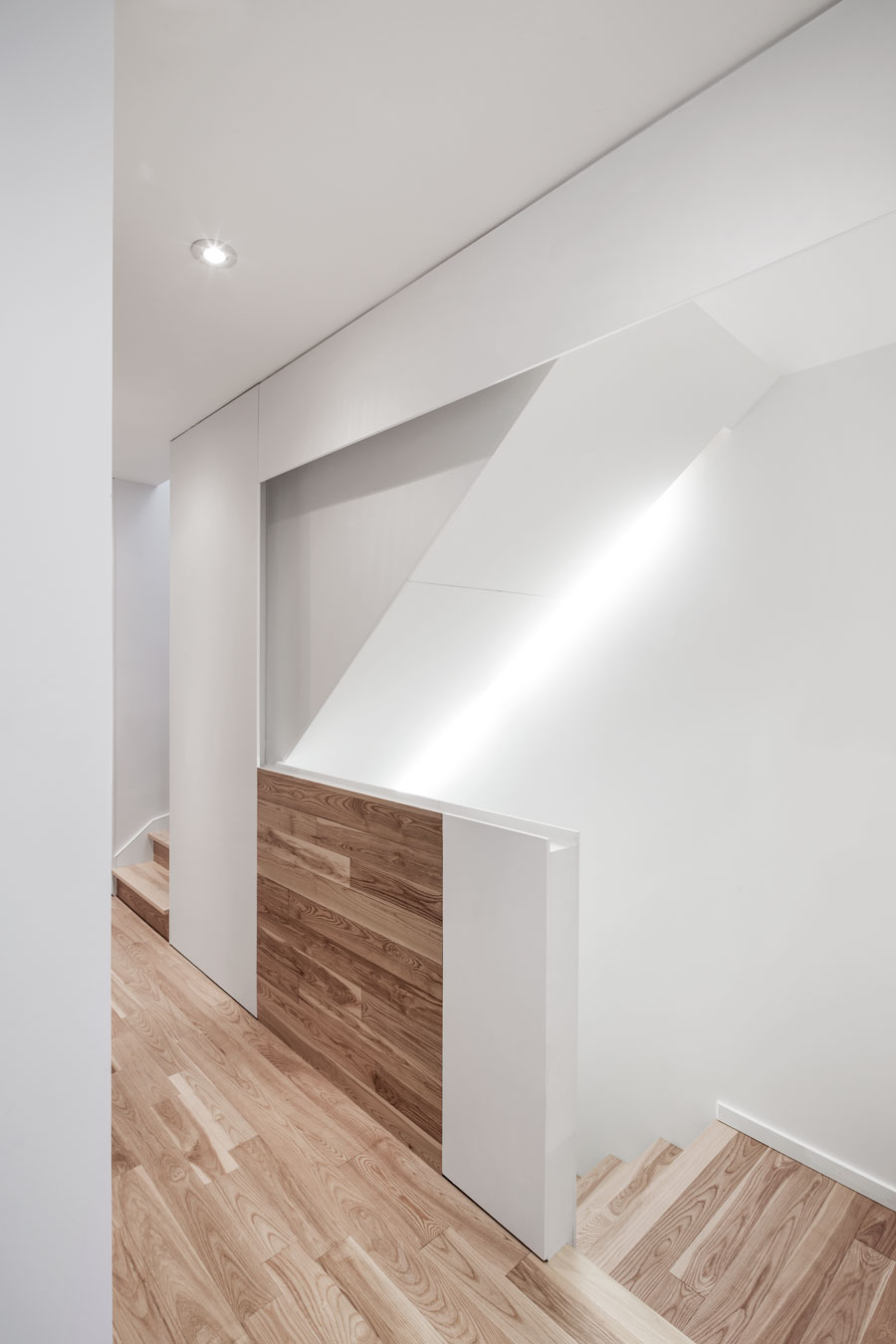 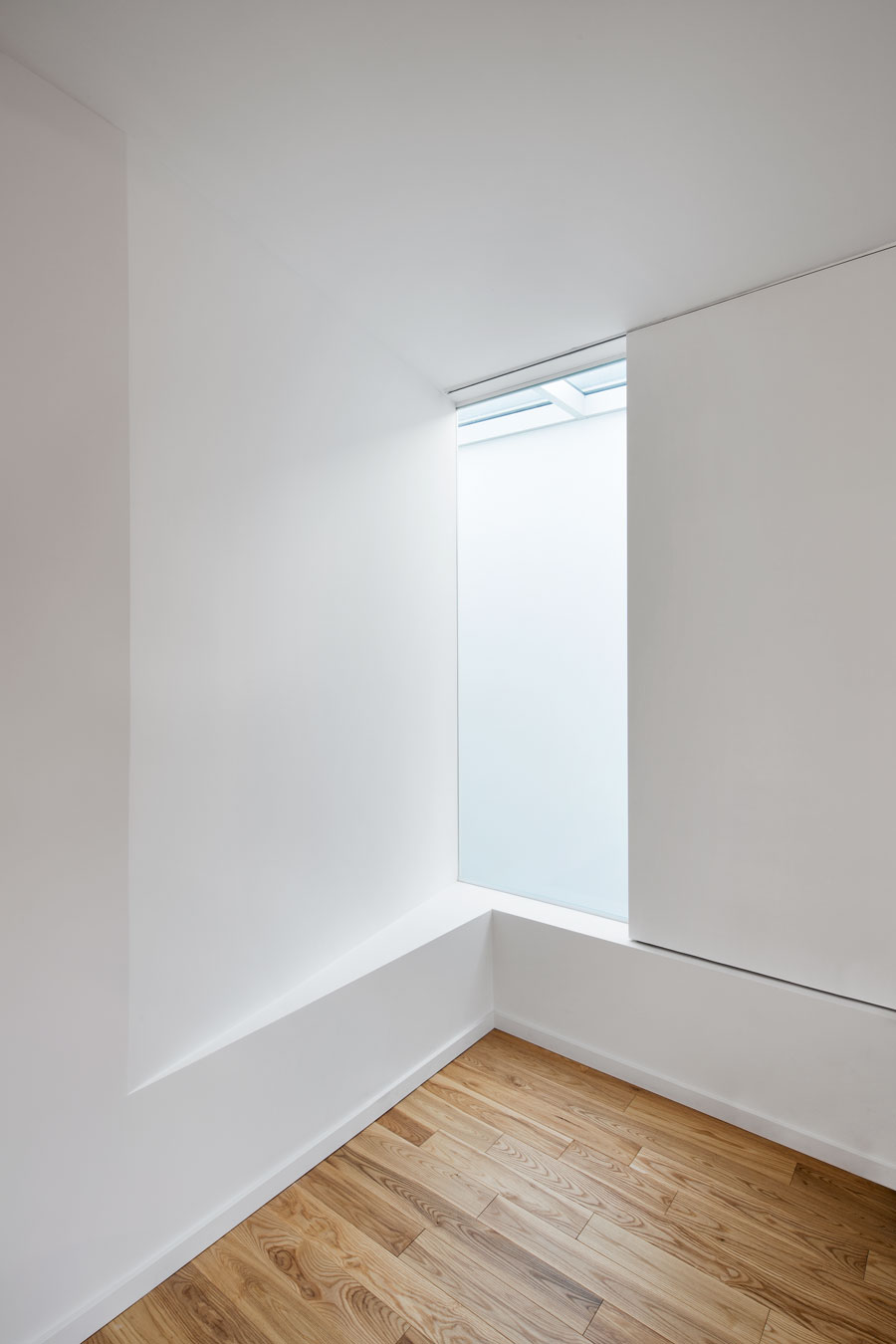 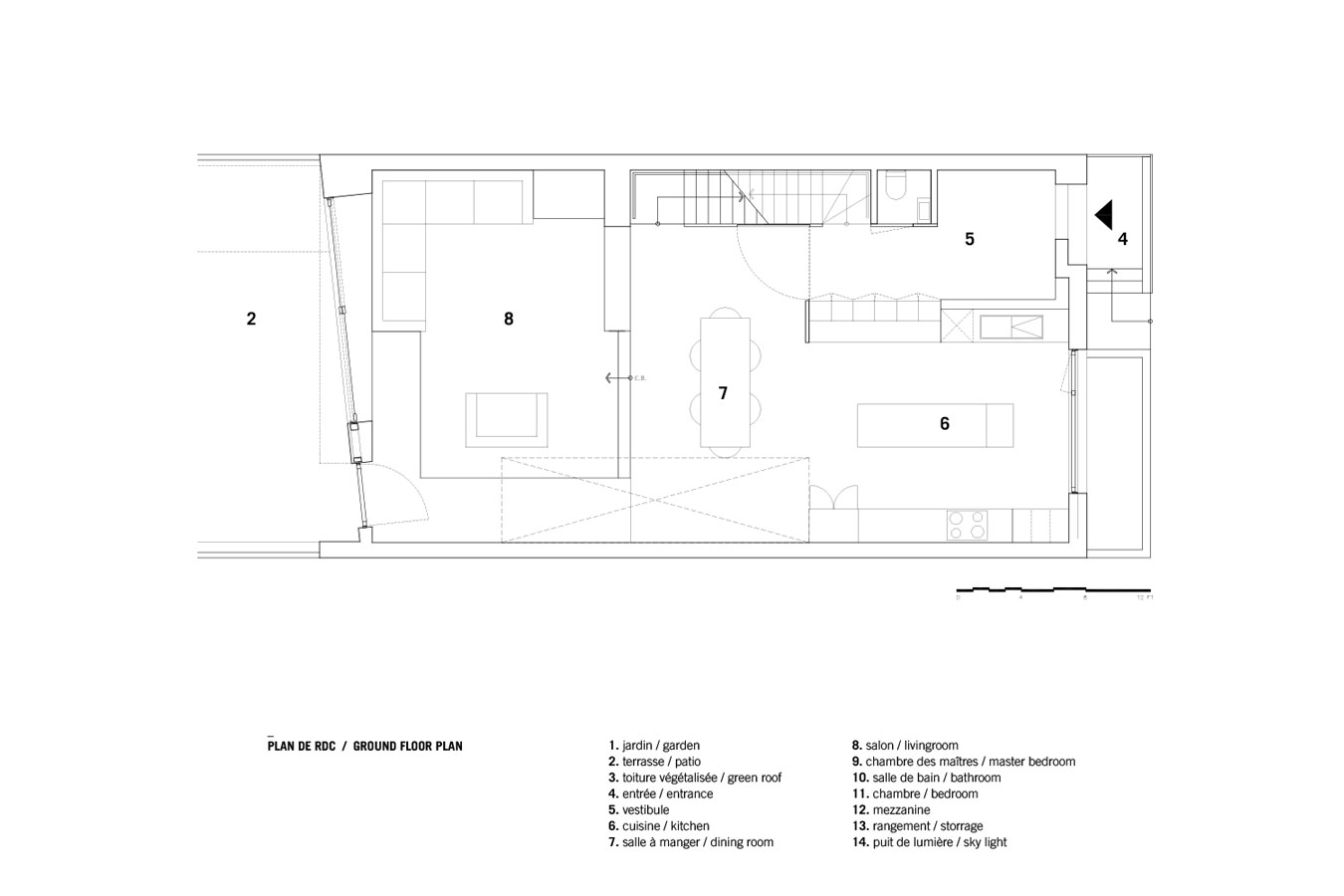 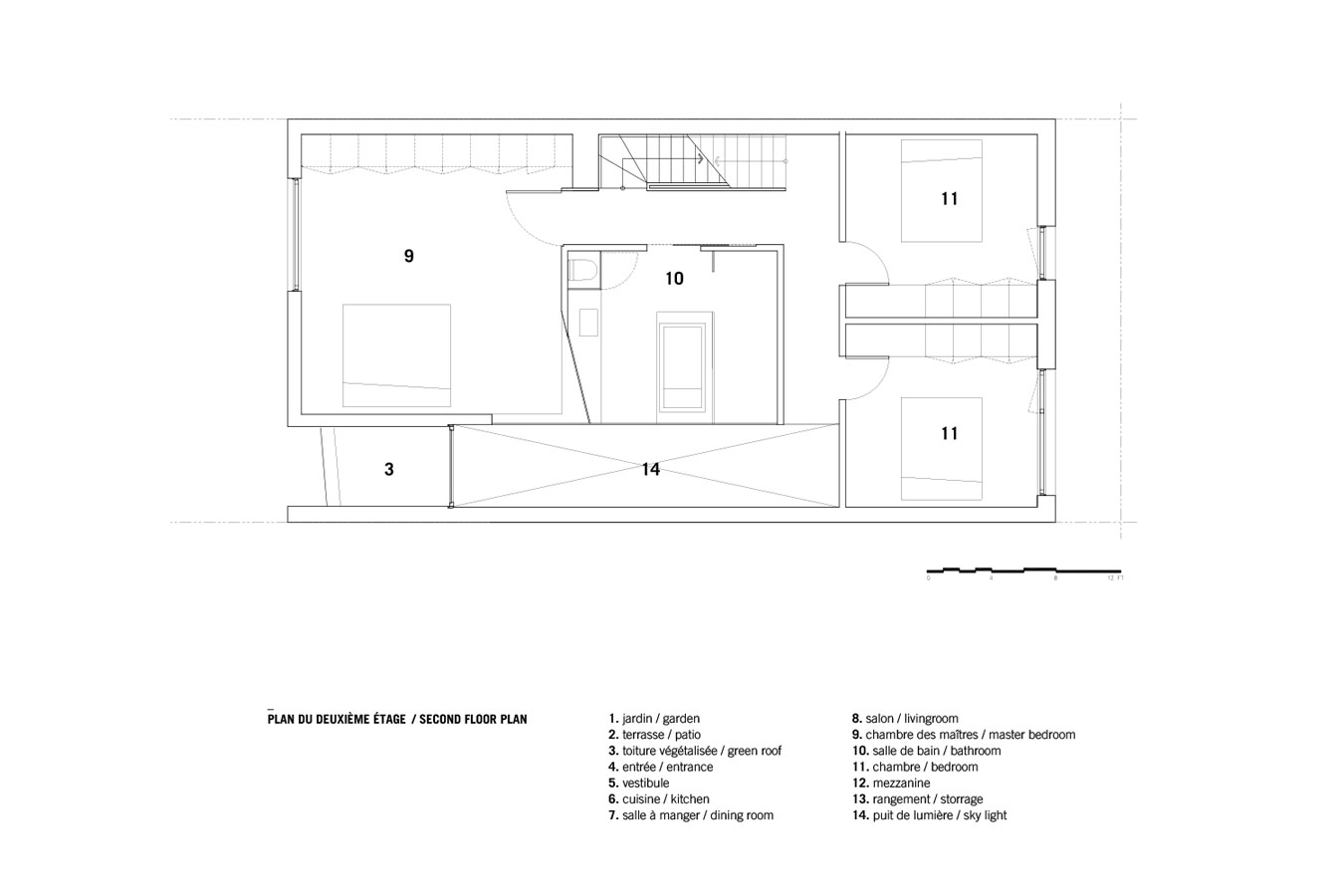