After selling their previous country house because of the lack of natural light, a couple and their 3 kids decided to buy an empty lot and build a custom home to better suit their needs. They found a parcel of land with southern exposure at vast views of the lake ‘Lac-de-la-Cabane’.

The constraints of the site led to an L shaped footprint where an east-west oriented rectangular block was placed at the top of the topography, and a north-south oriented block was slid underneath. The upper block contains the living spaces and master bedroom, and the lower block, also known as the ‘kids zone’, contains the 3 children’s bedrooms and a games room.

A folded roof rises from the lower block covering the upper block and extending towards the cliffs edge as if it were about to take off, reminiscent of the wings of a bird. We see the house as a bird sitting at the edge of the cliff overlooking the lake, which is where its nickname ‘The Sentinel’ comes from. 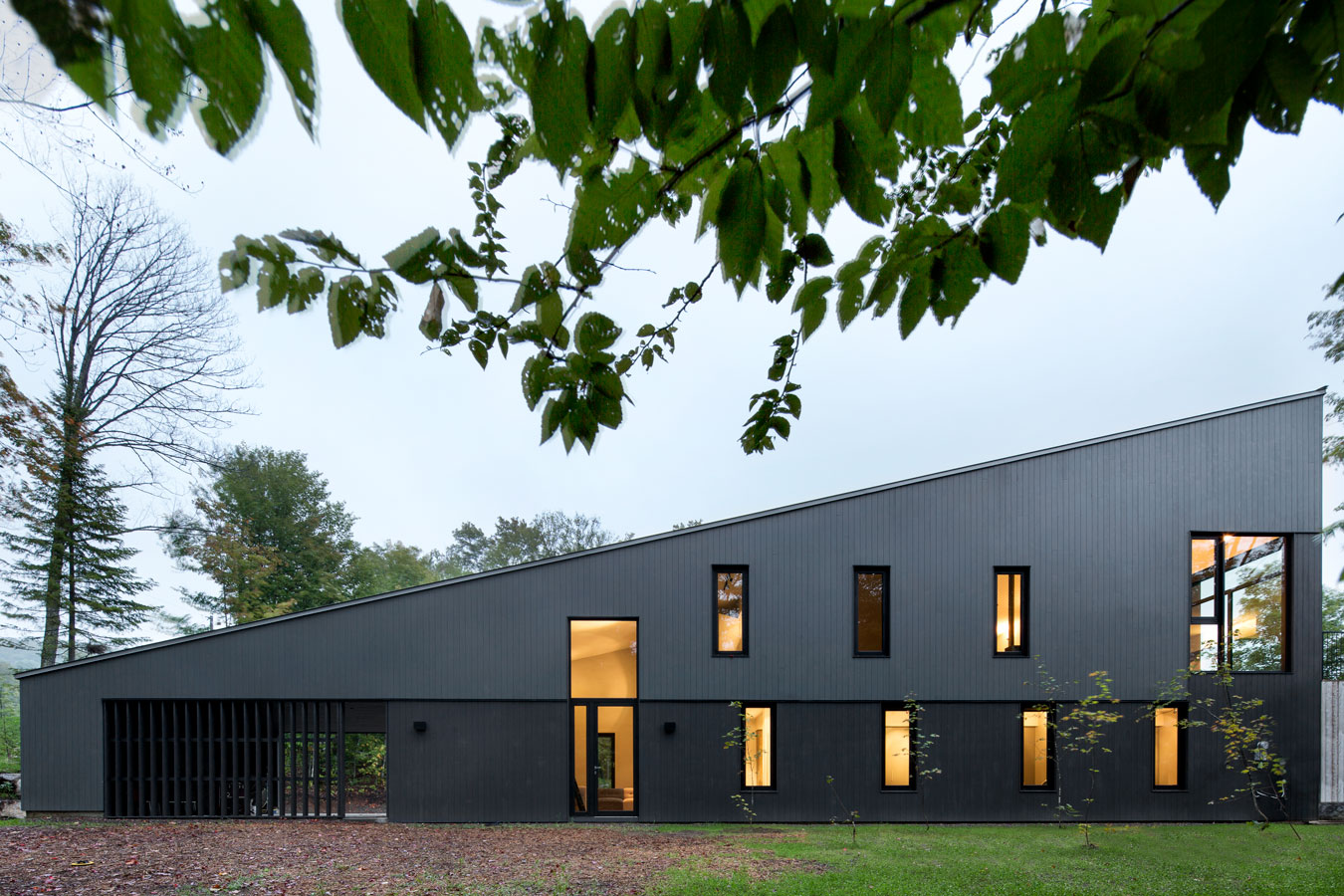 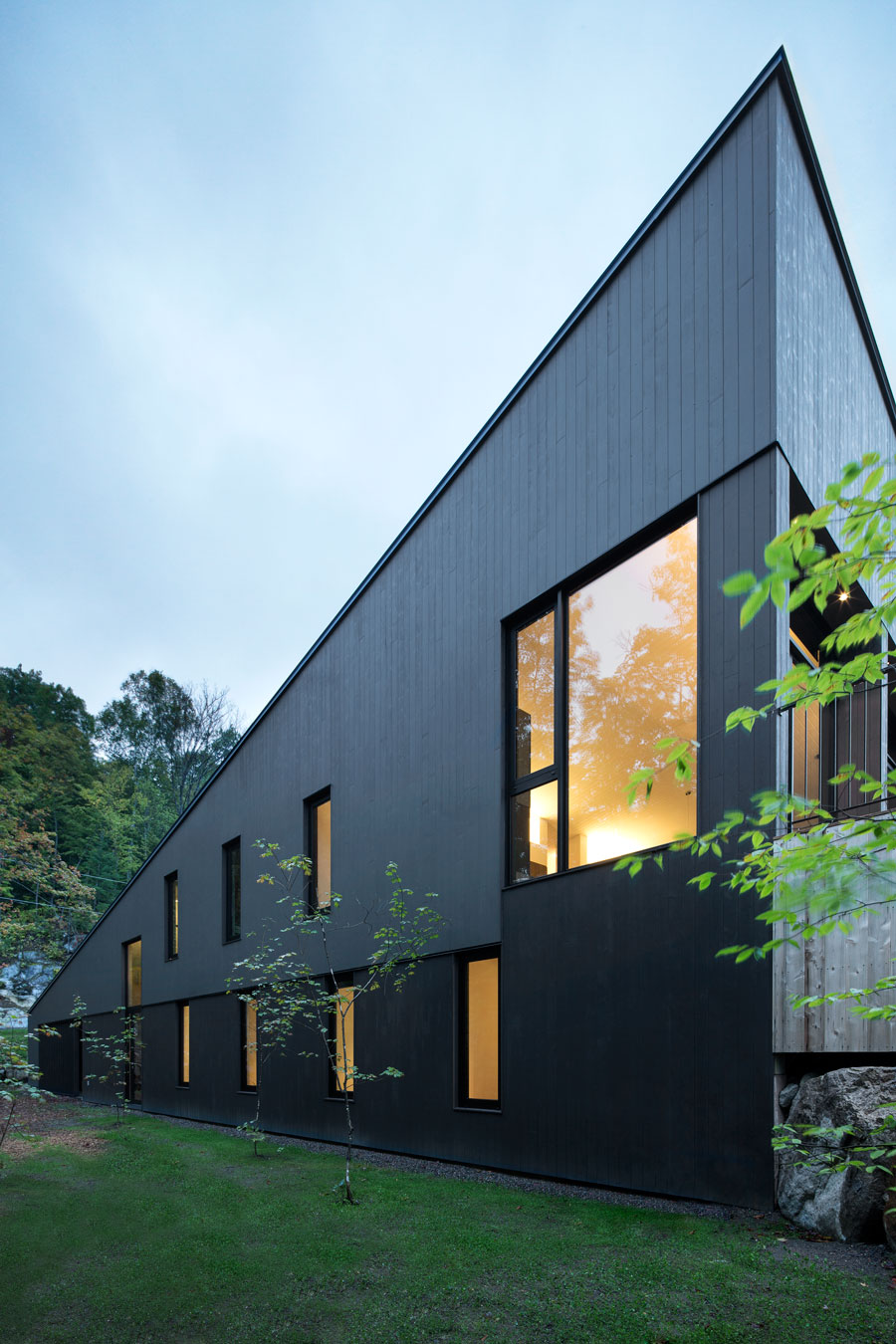 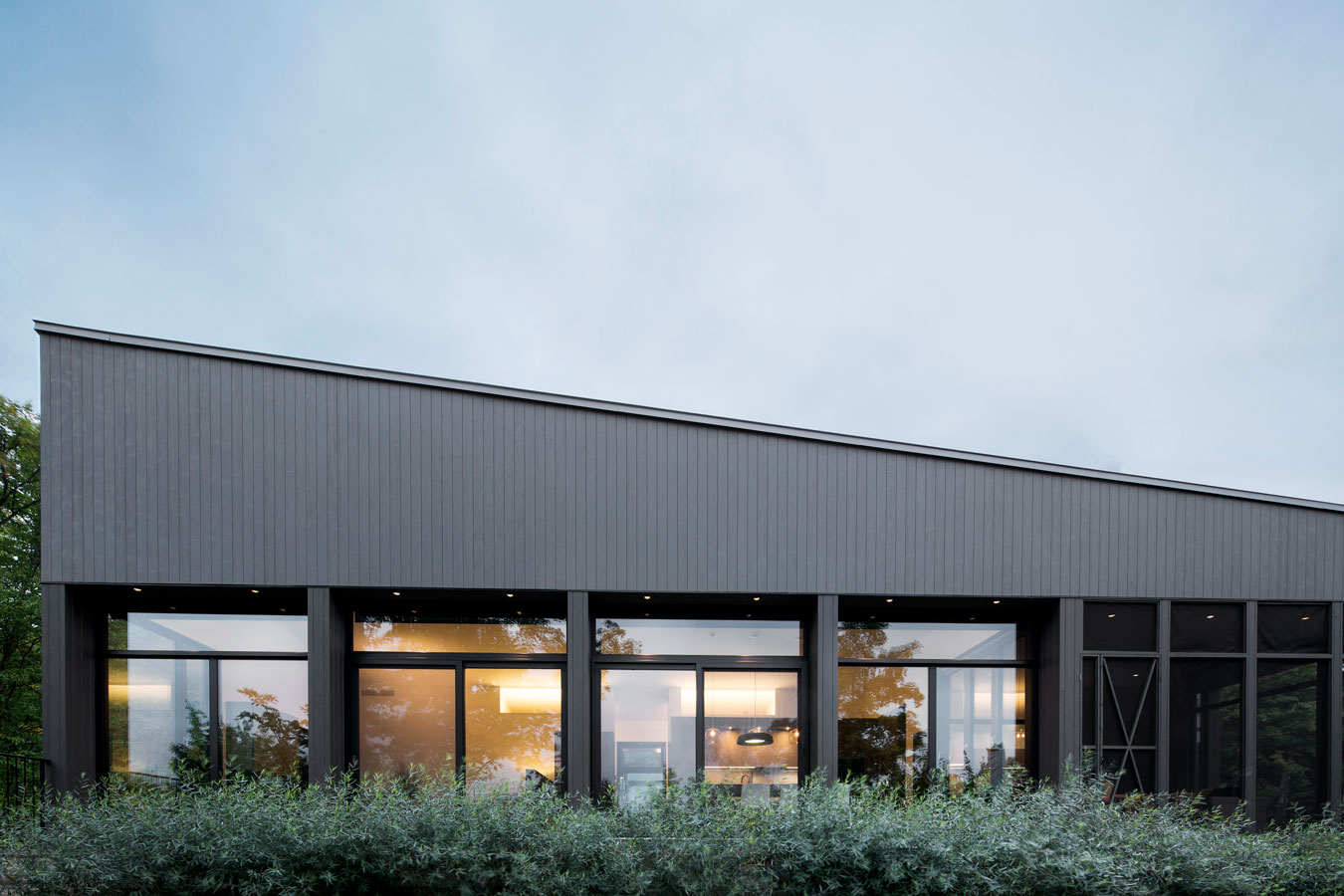 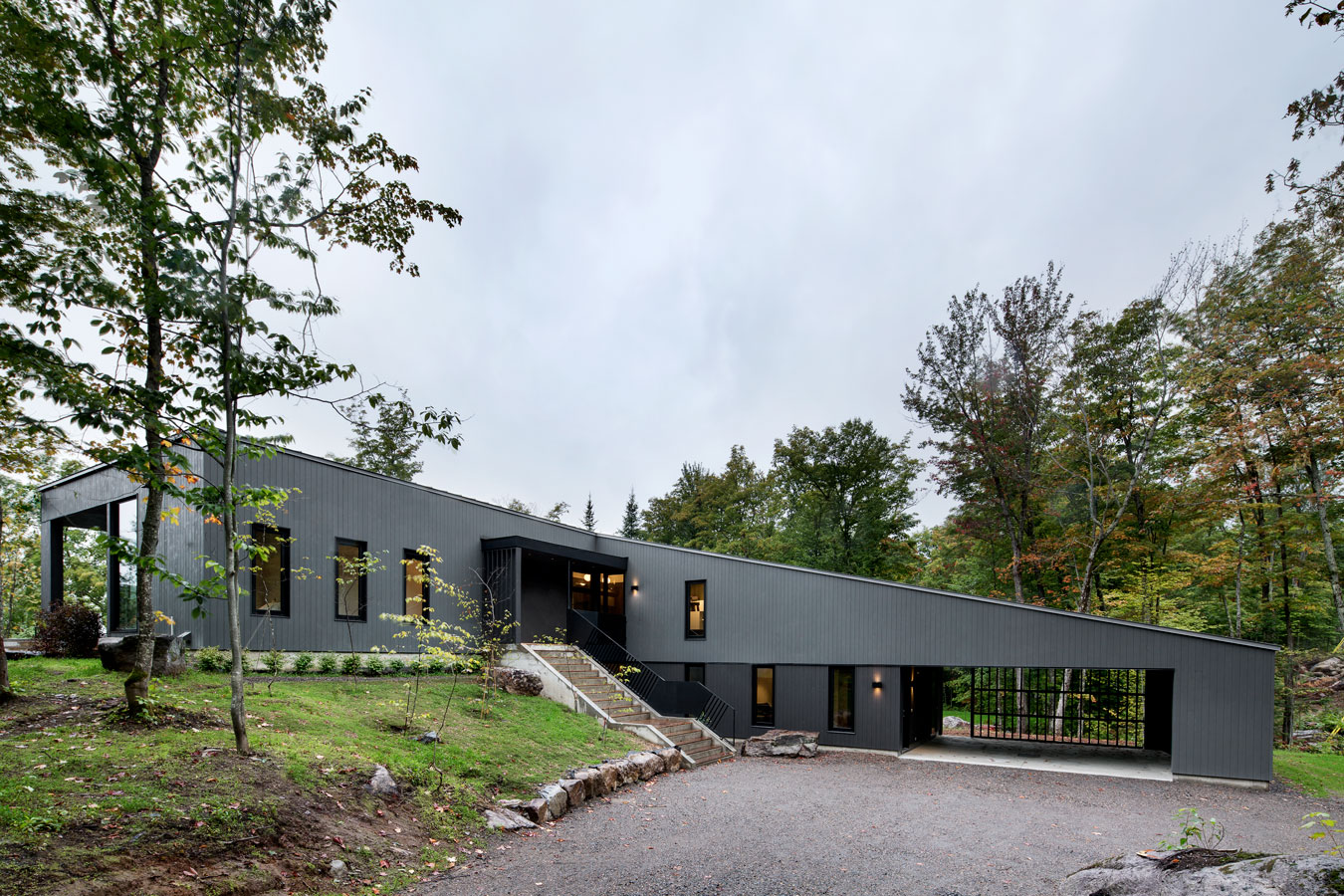 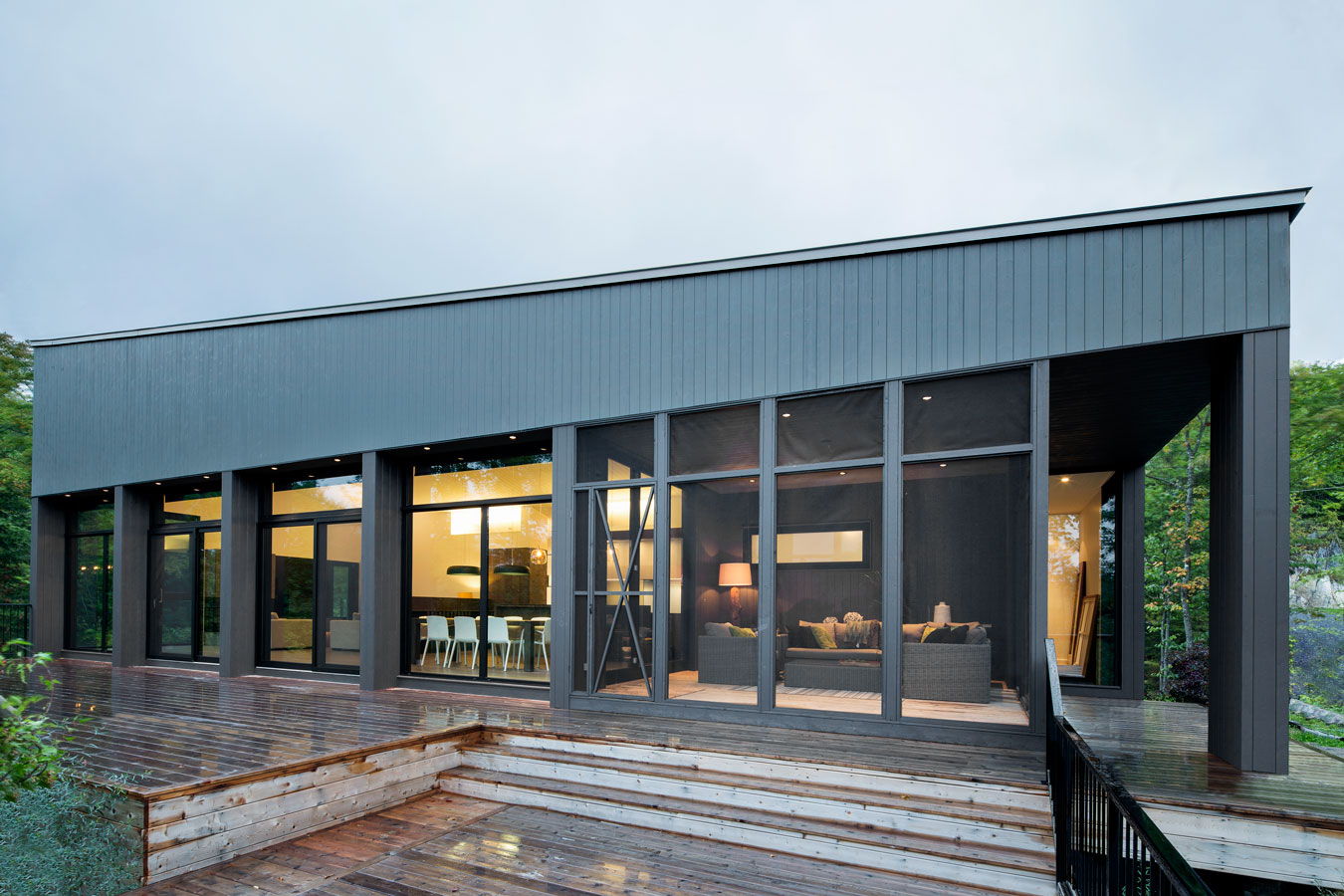 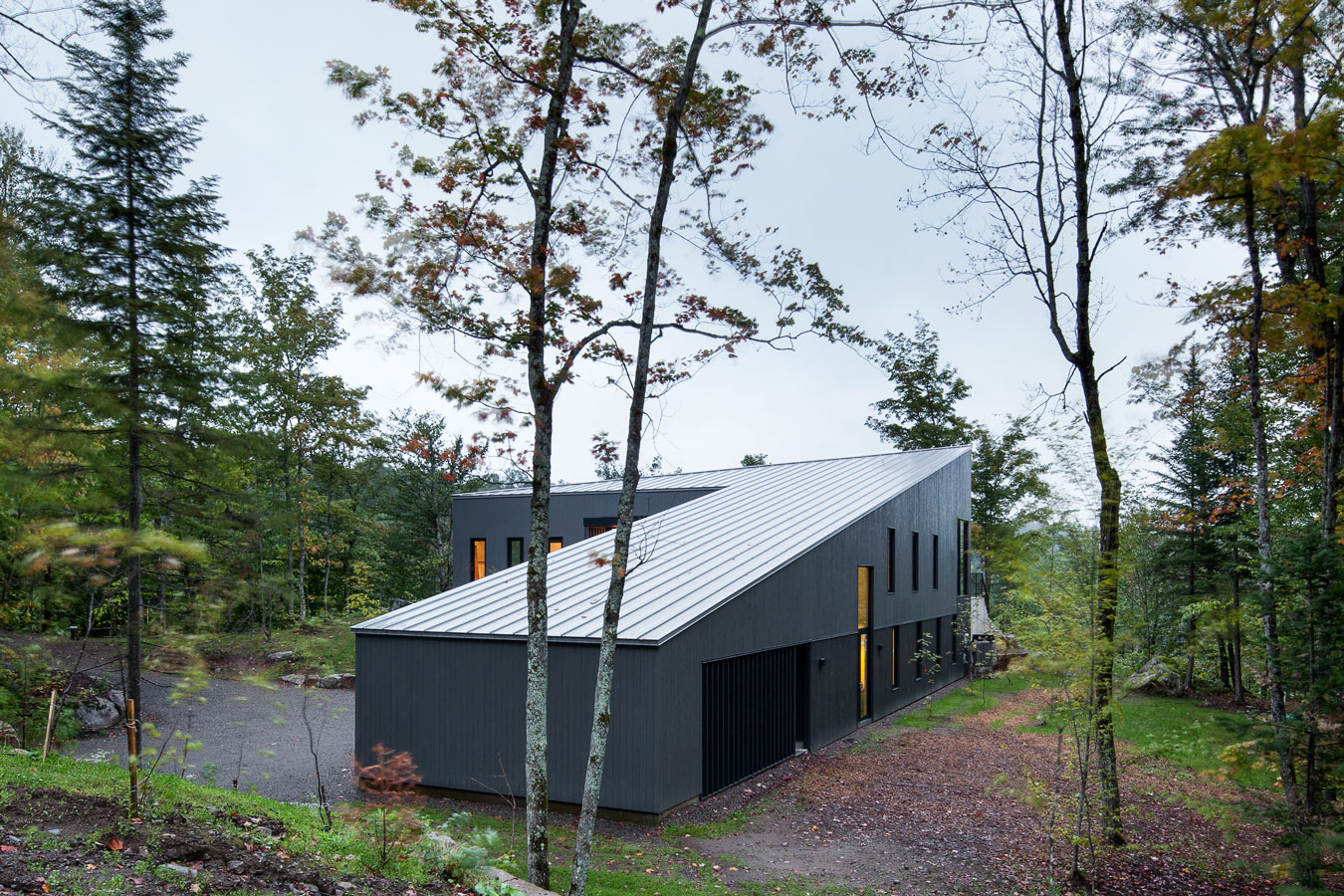 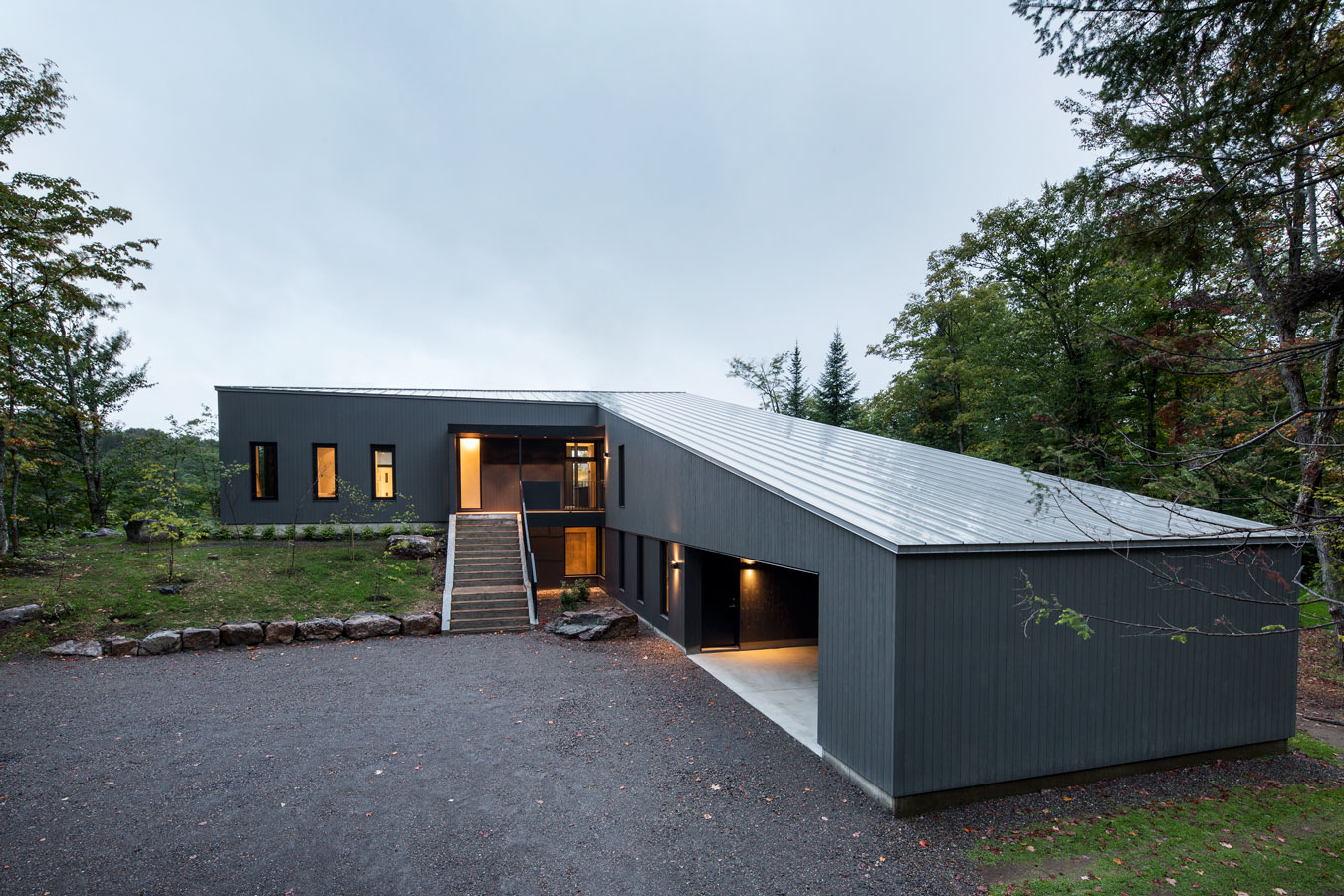 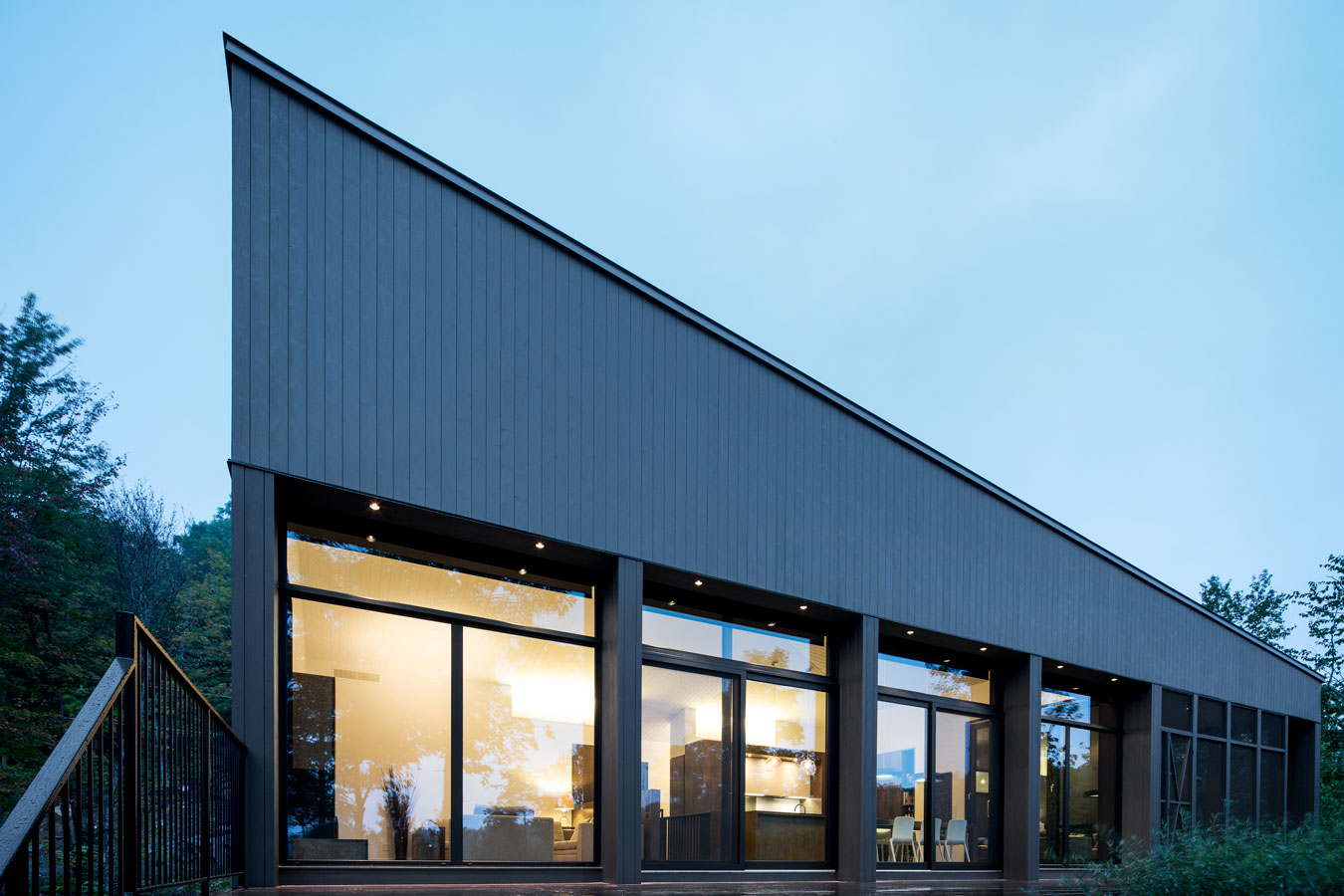 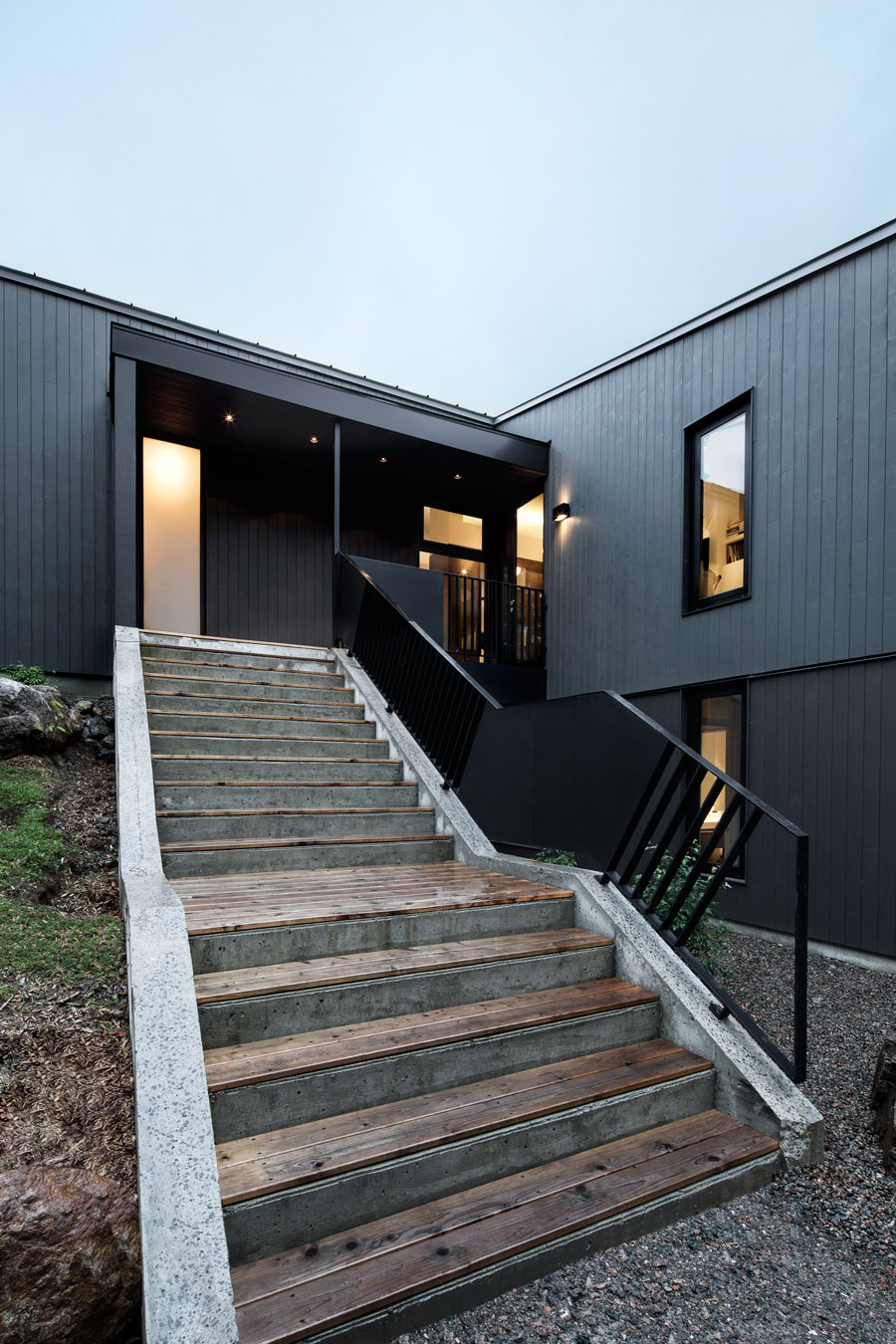 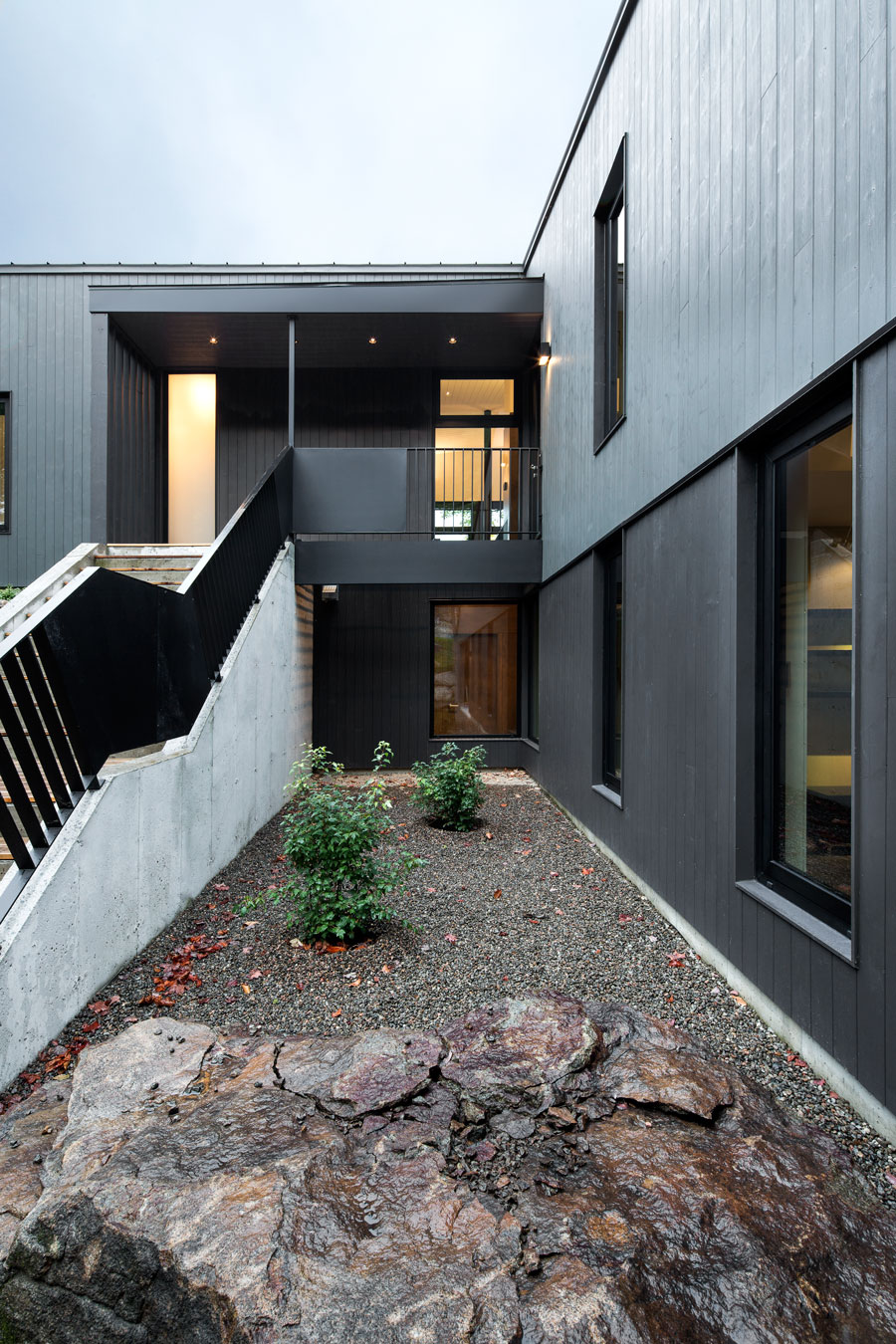 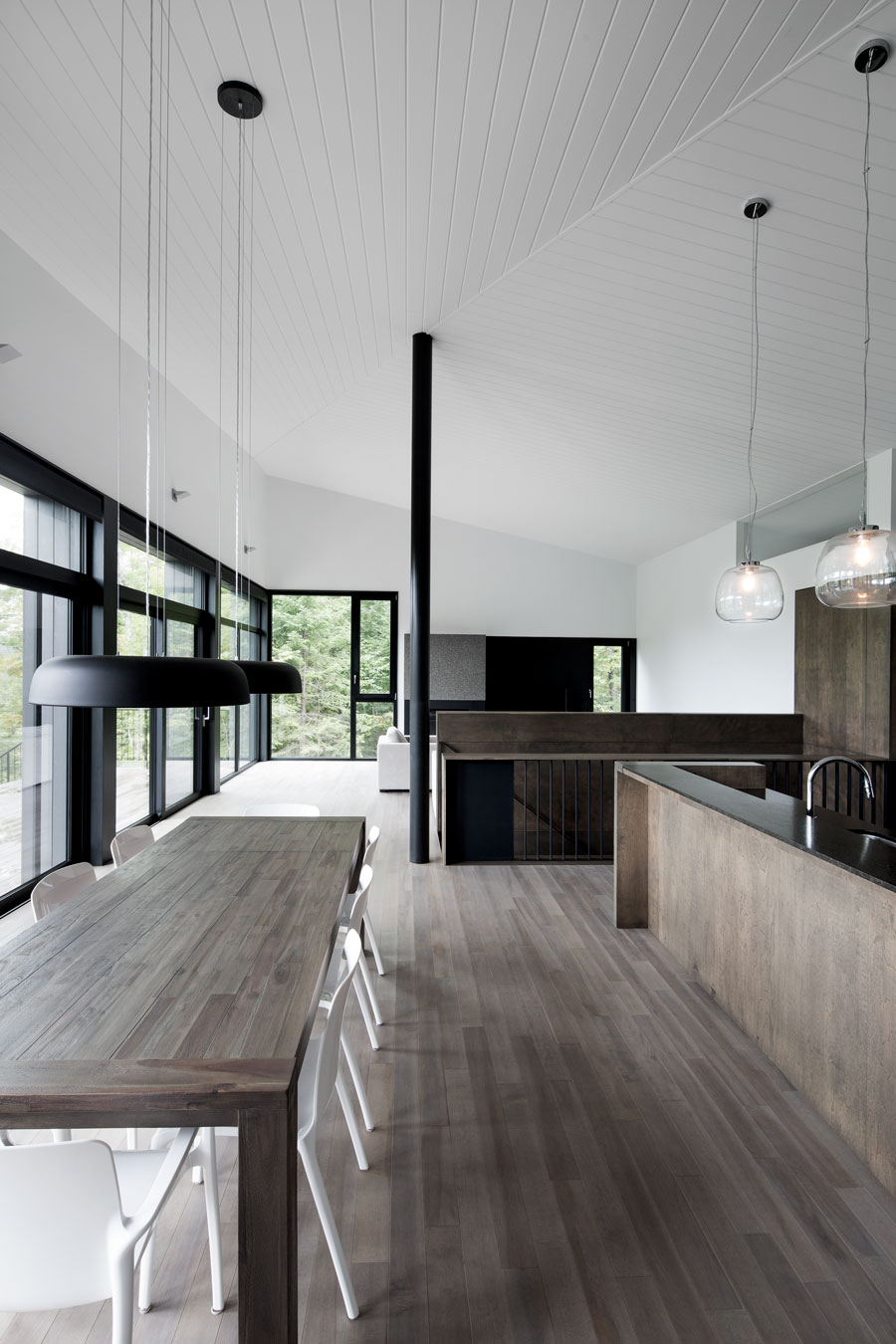 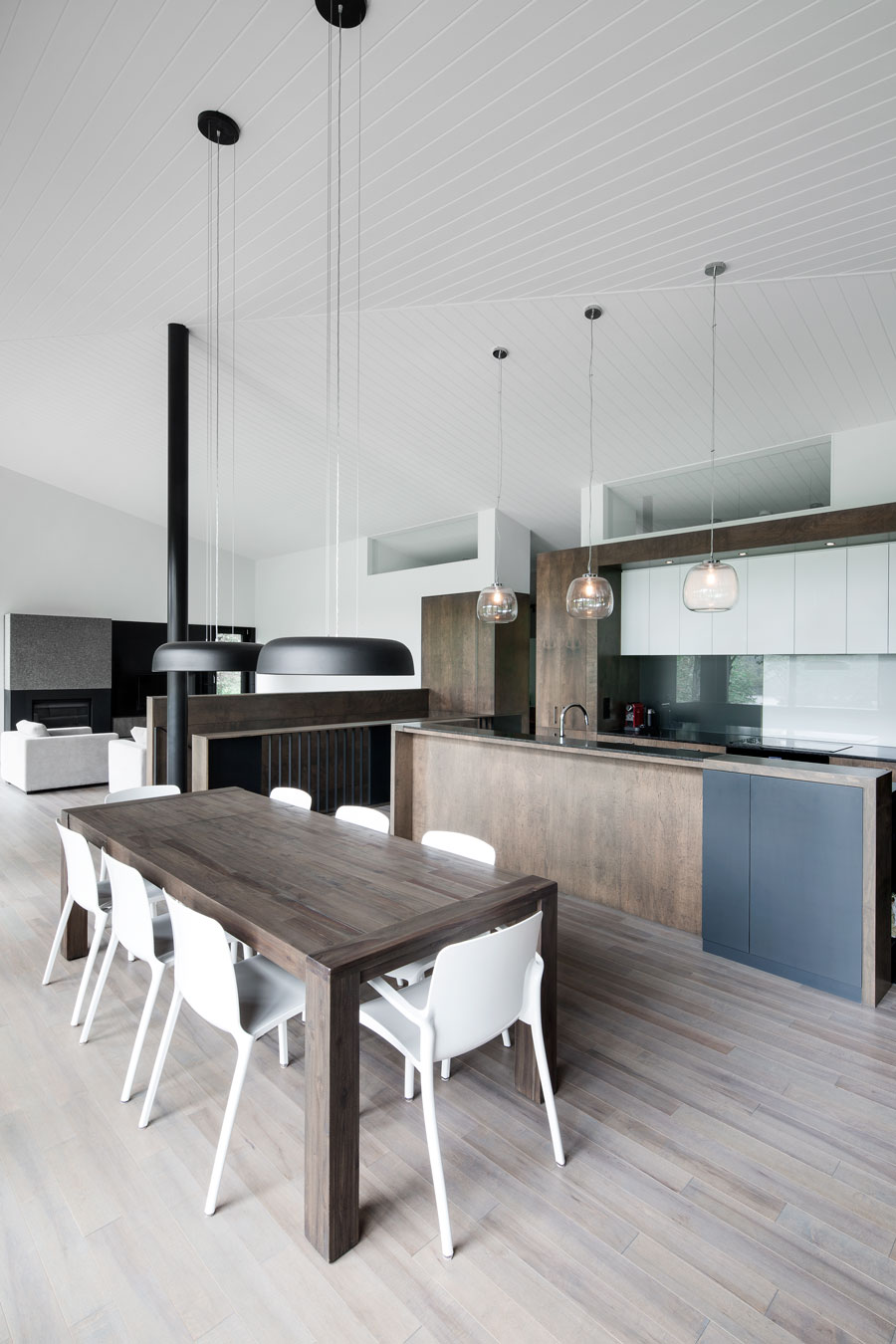 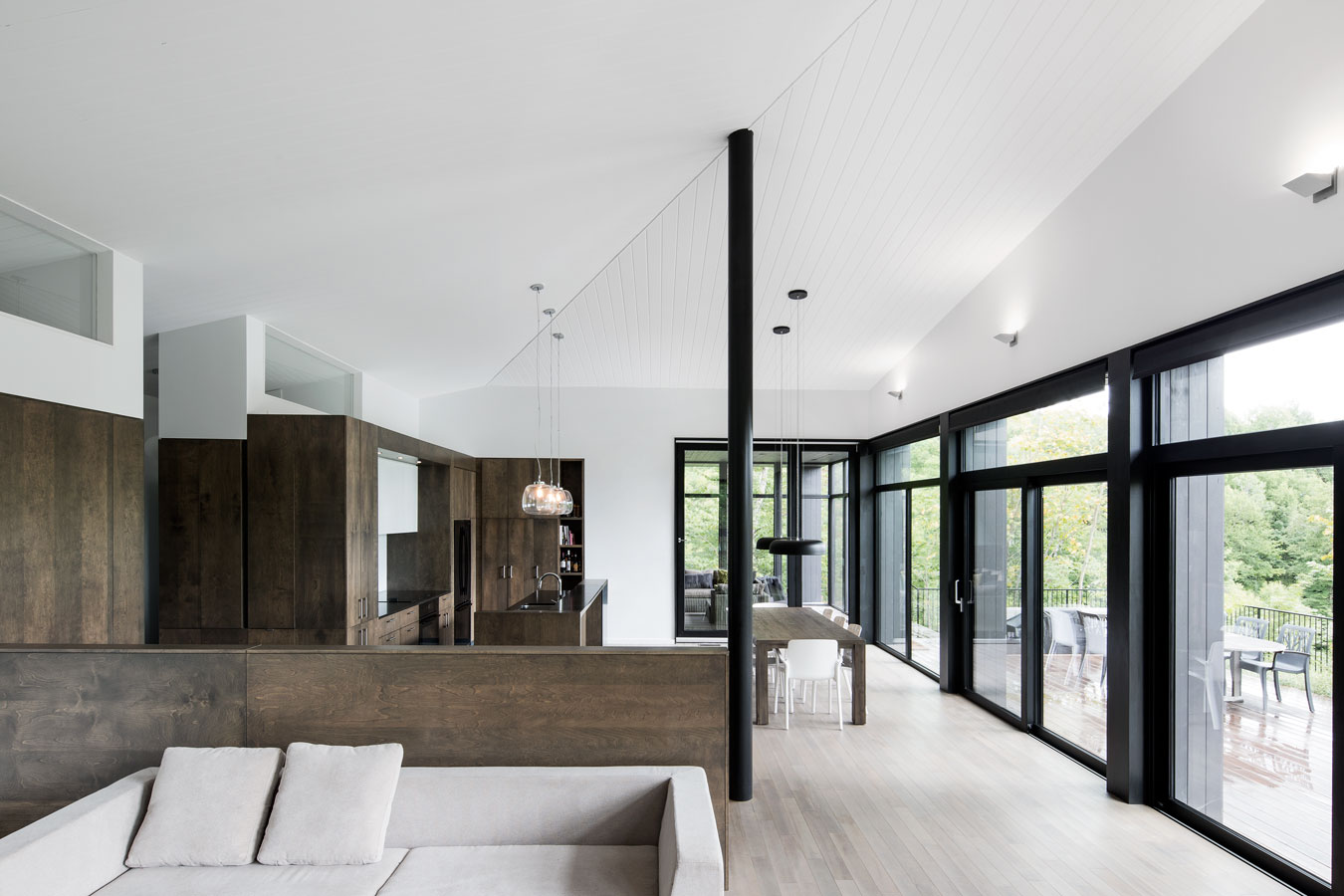 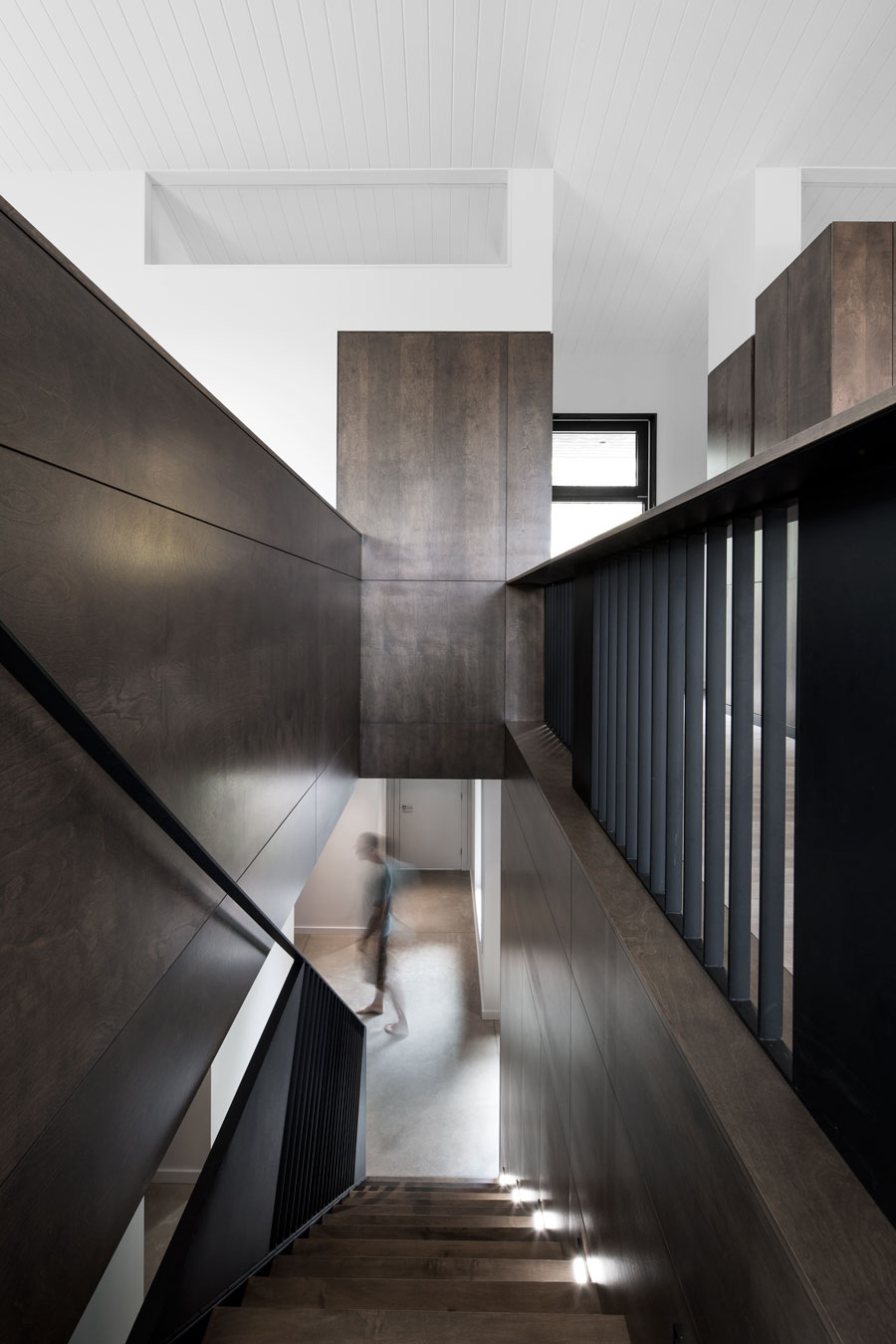 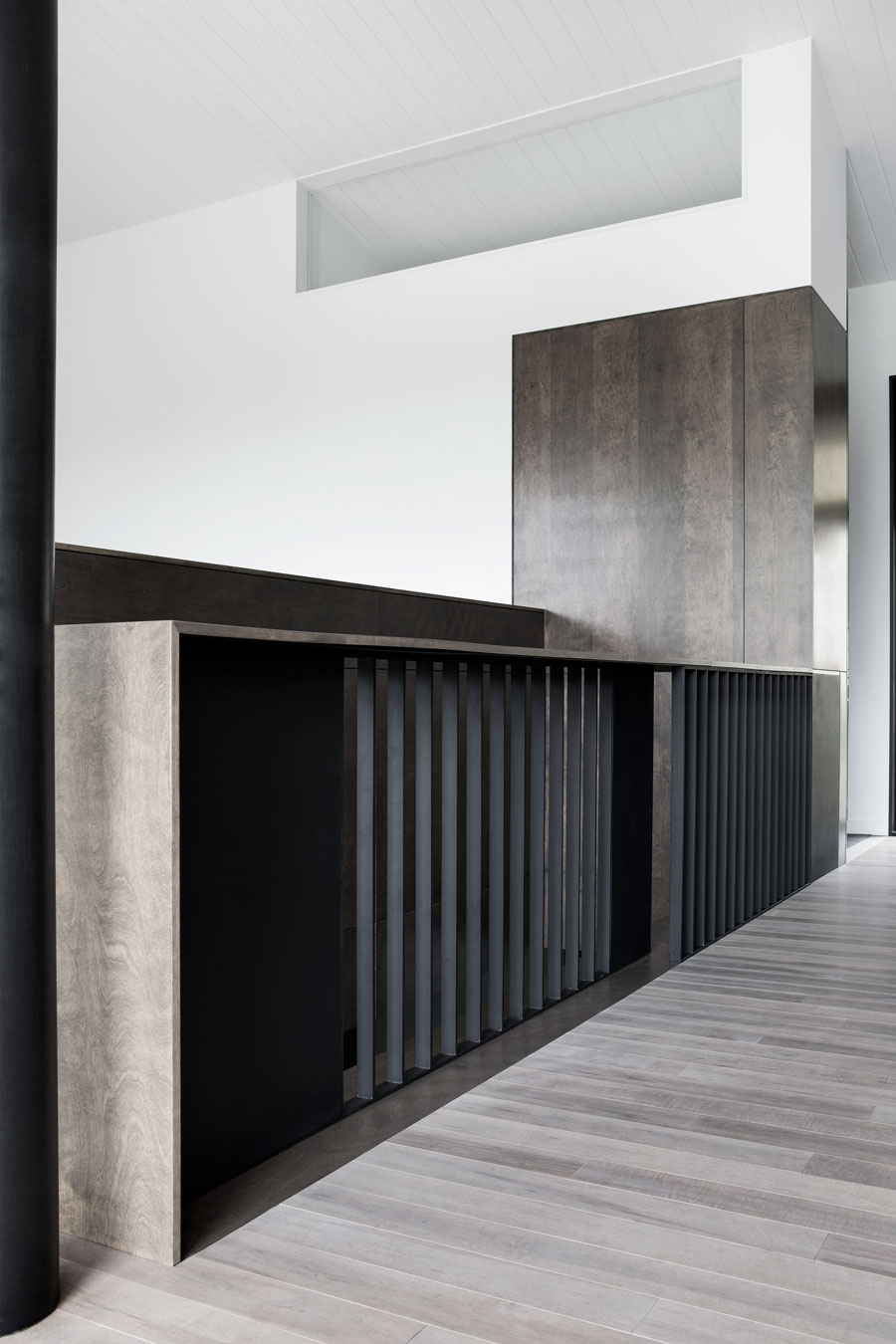 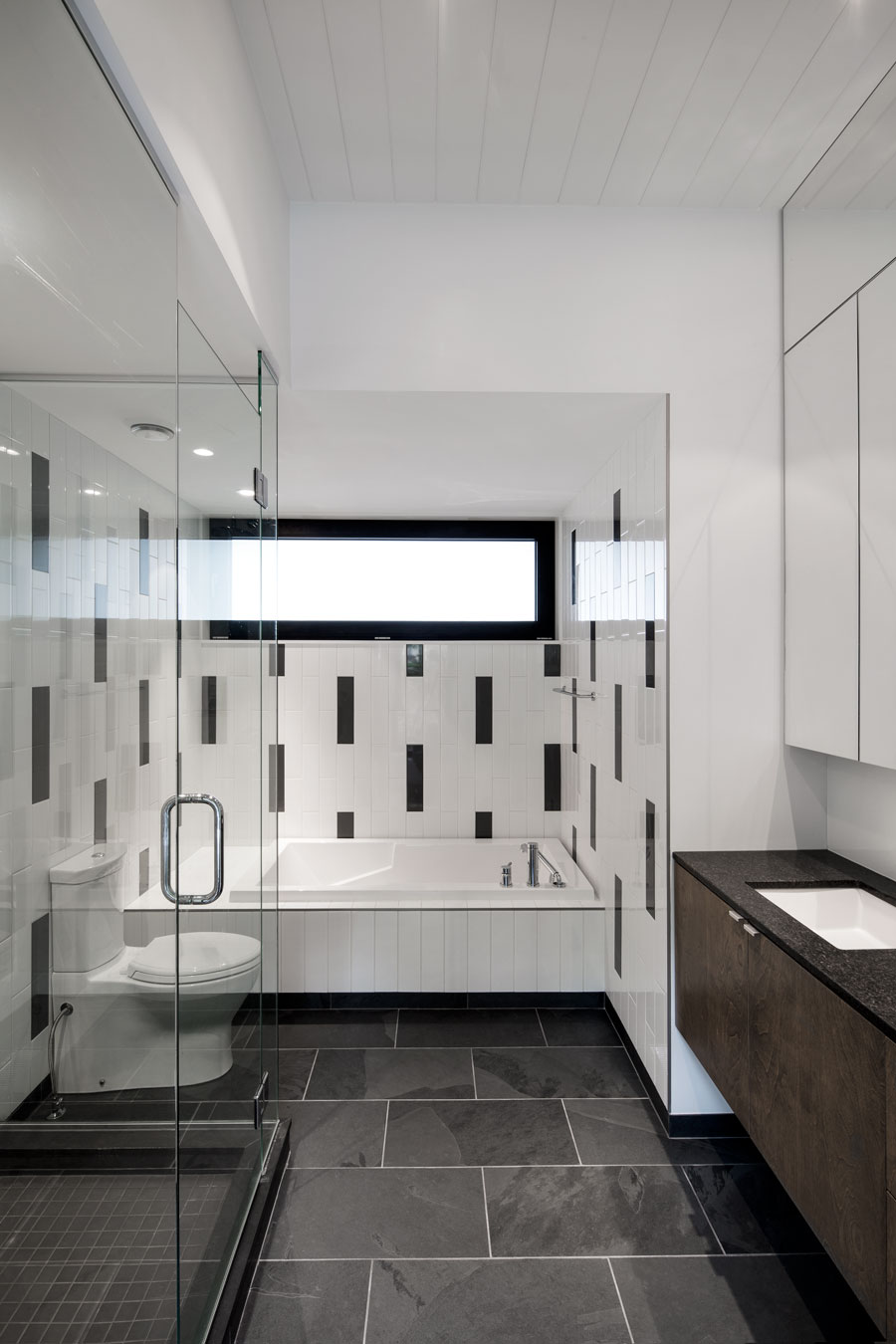 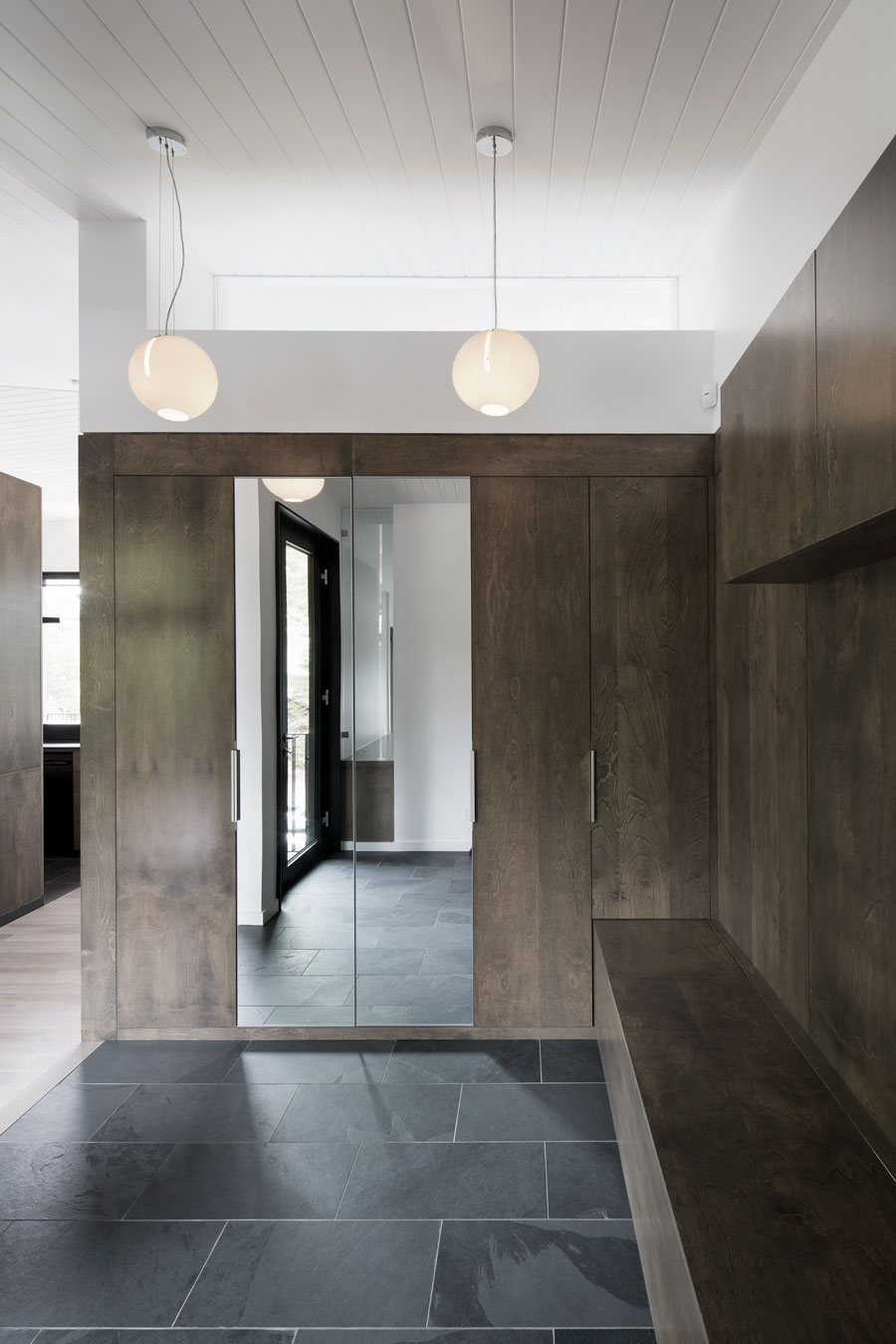 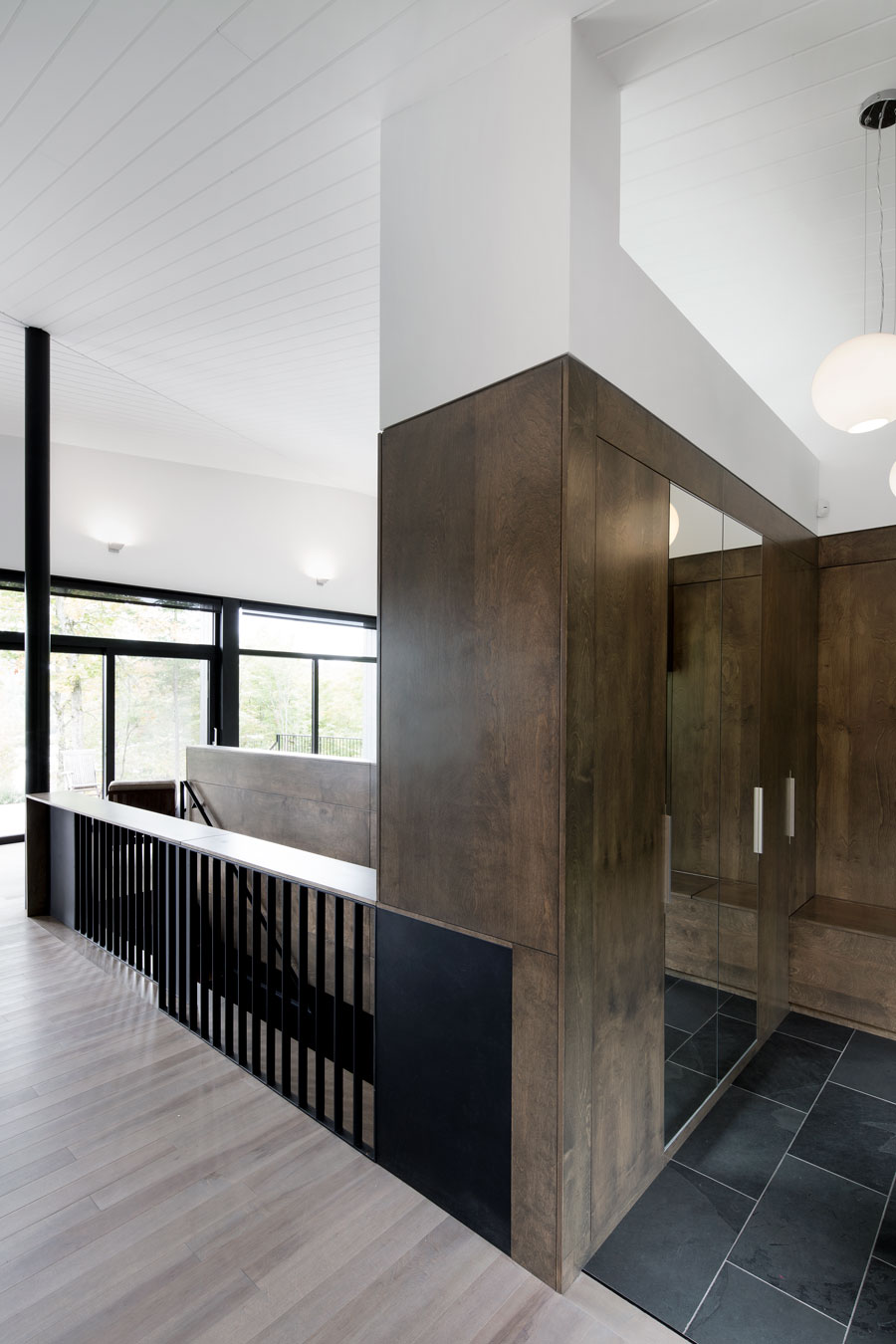 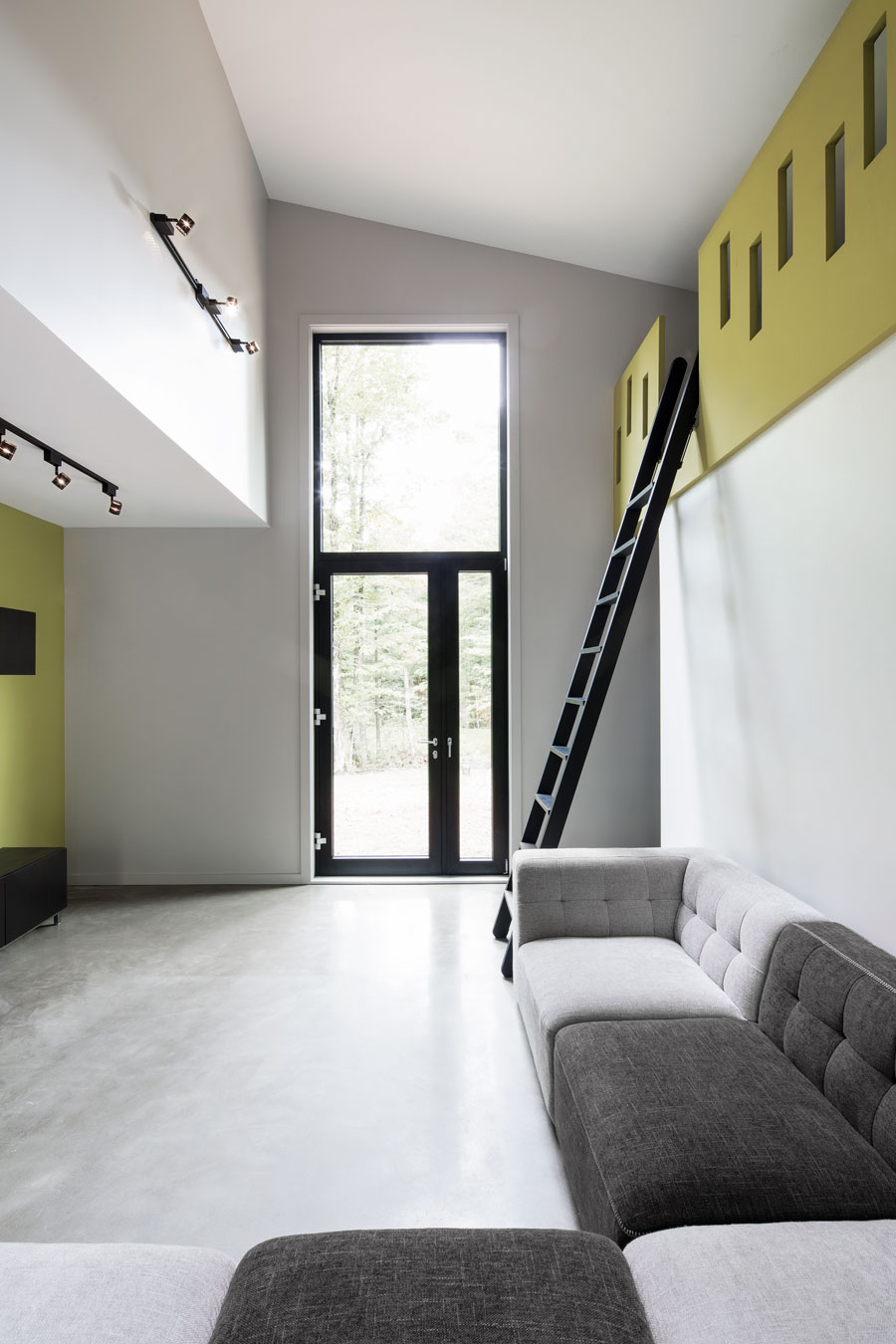 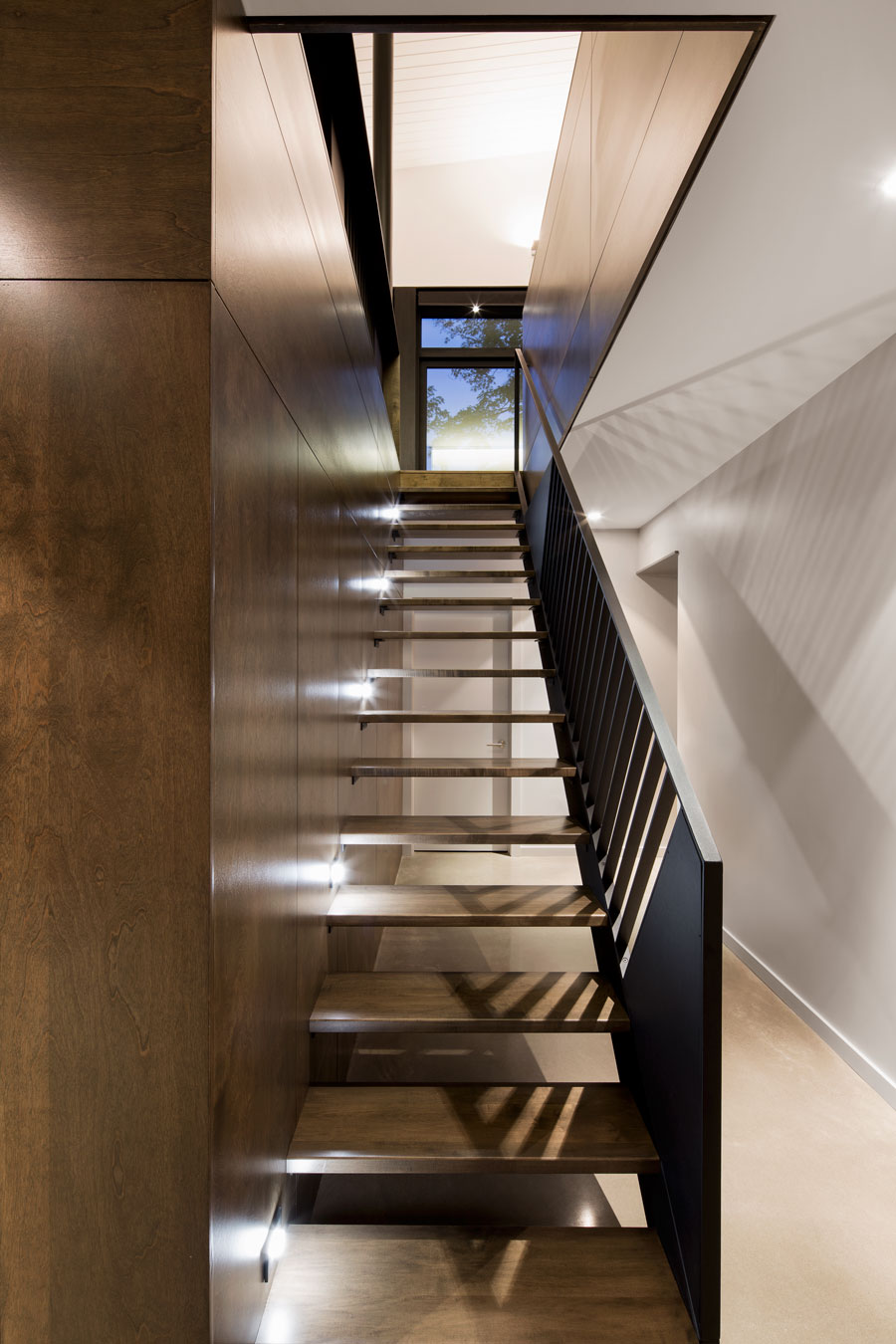 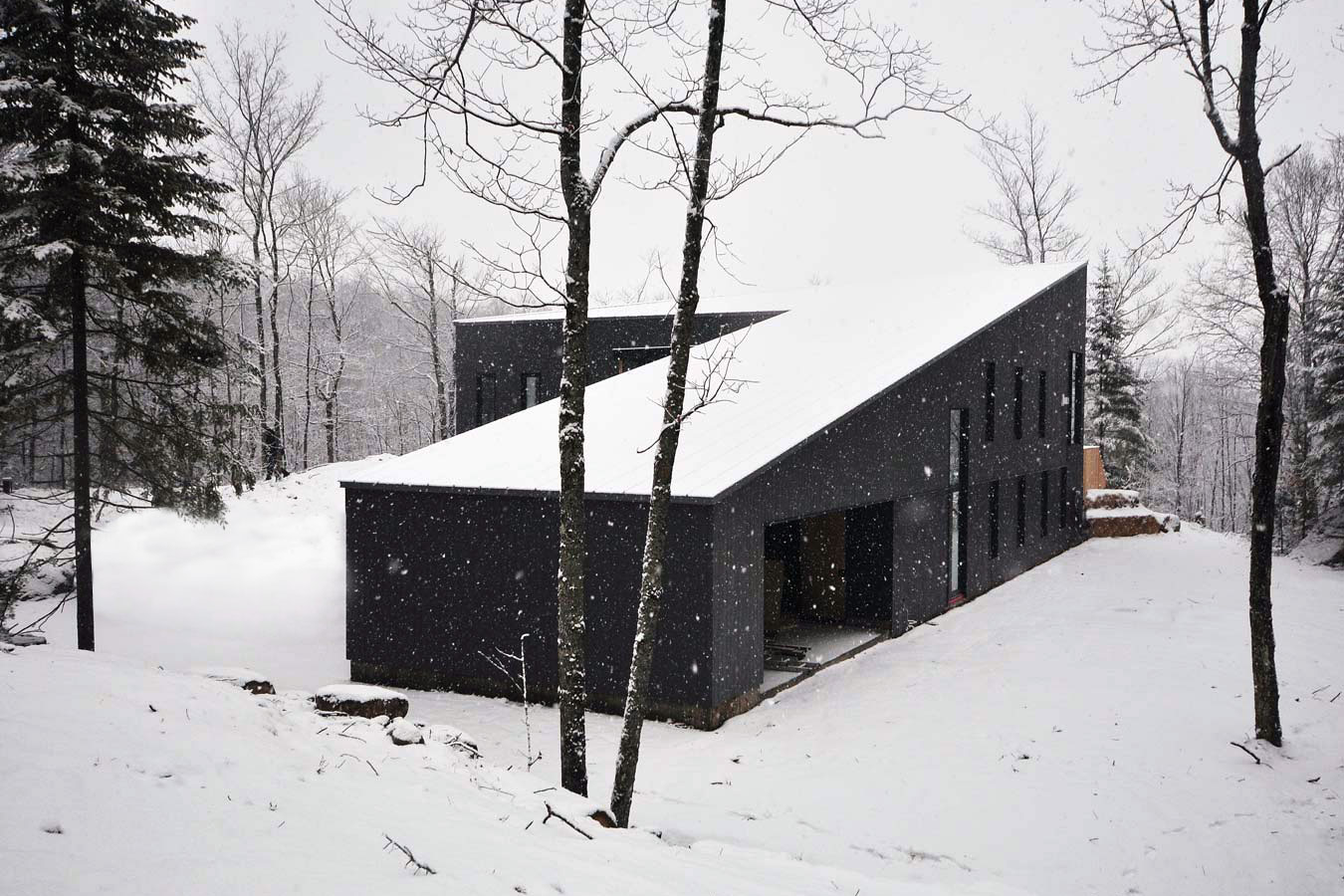 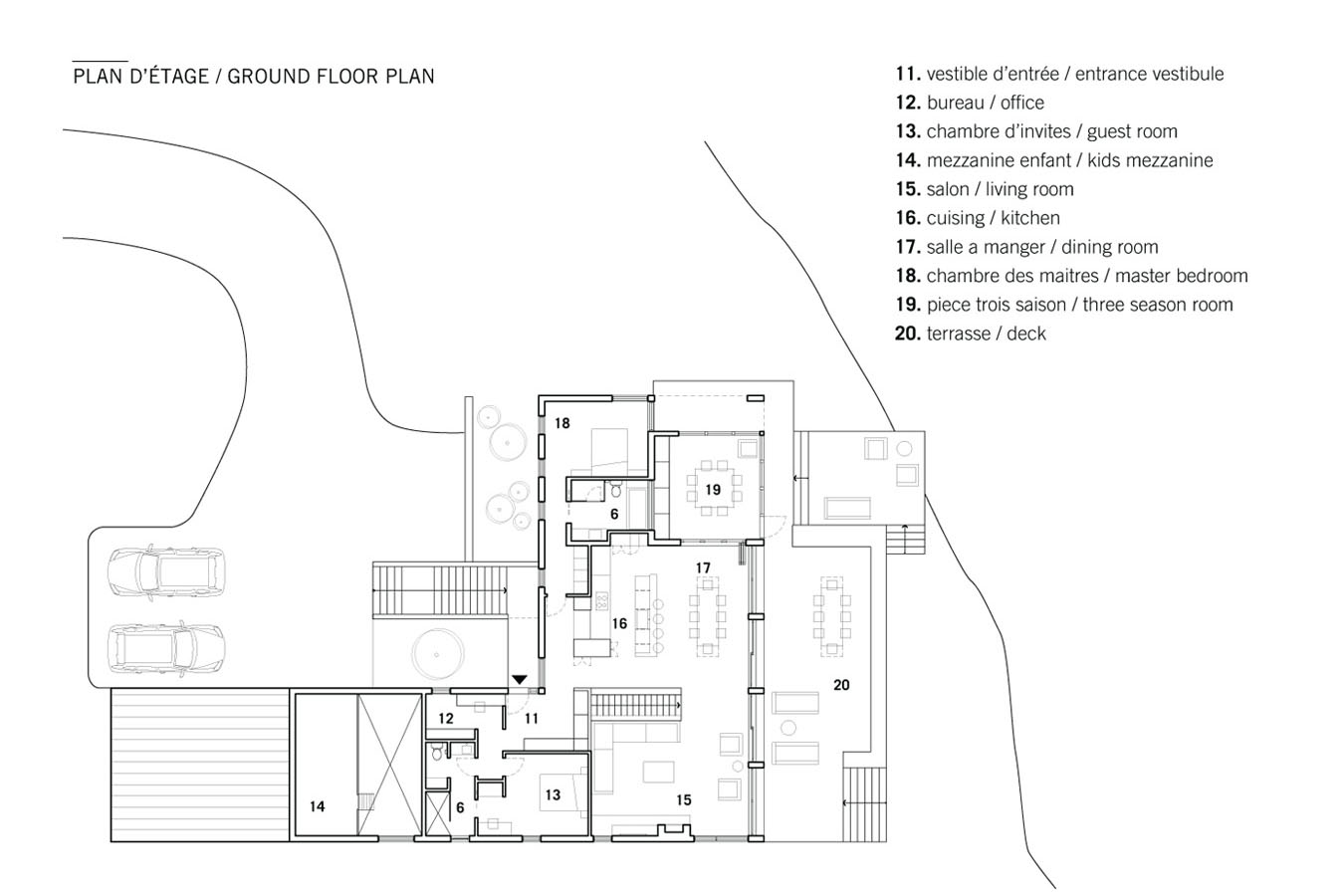 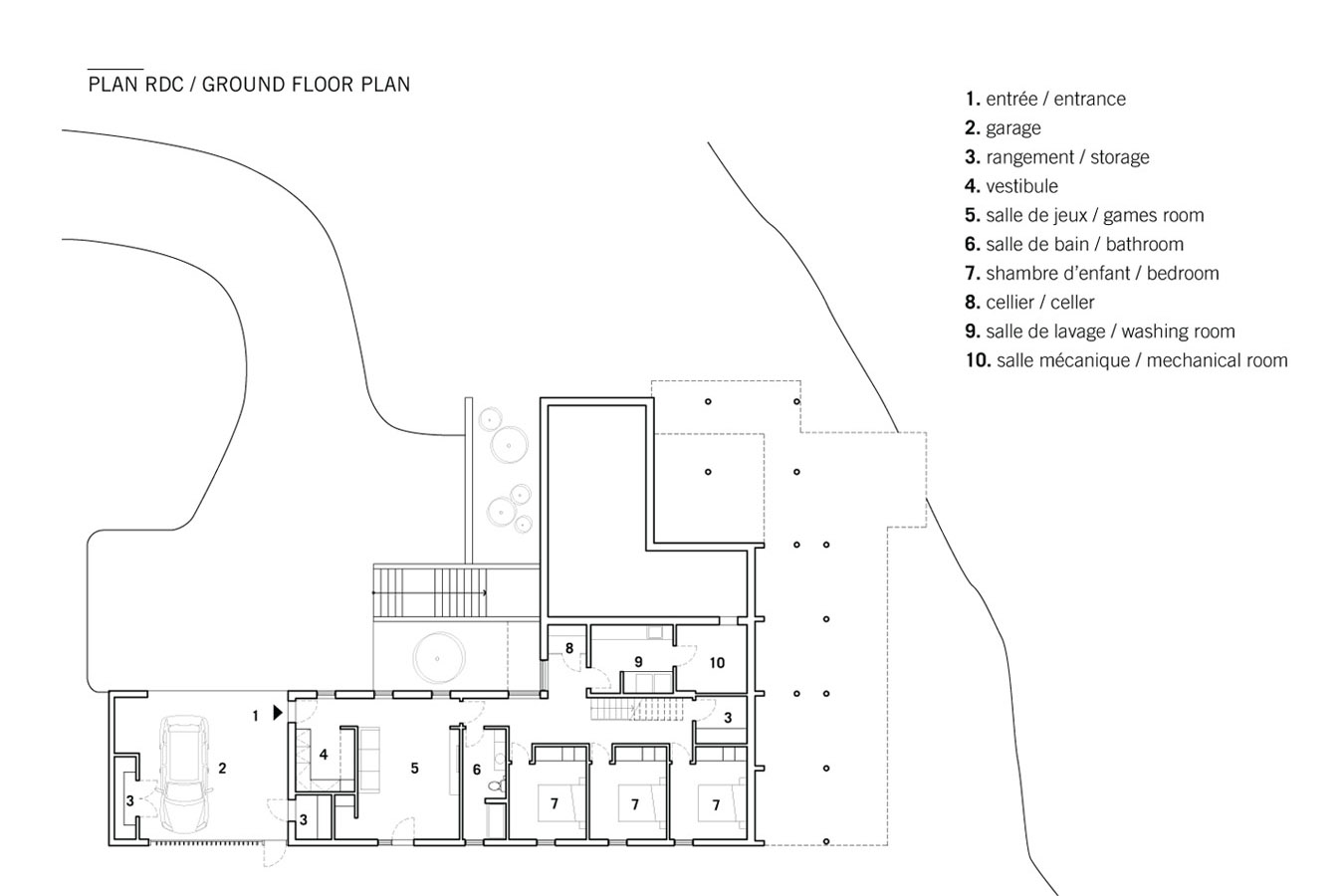 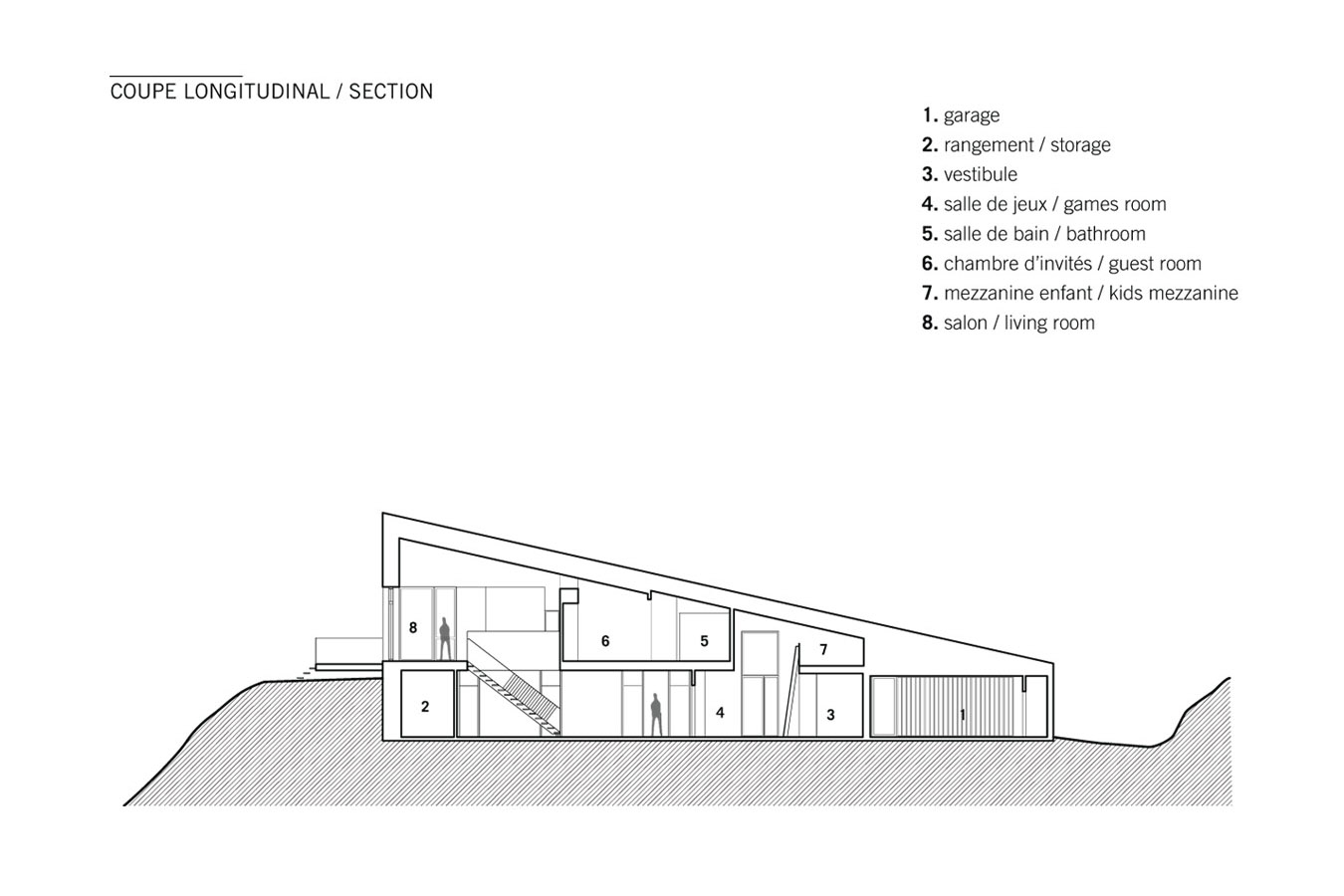