Following the arrival of a 2nd child, the clients decided to acquire a new 2-storey semi-detached house in the borough of Outremont in Montreal. The young family of 2 children therefore wishes to undertake a complete renovation of this Tudor-style house dating from the 1930s. Located on a 4250 square foot lot, the area of ​​the house is 1250 square feet per floor. Originally planned on a traditional subdivision of the space, the lengthy house has a series of closed rooms limiting the entry of natural light.

Lacking insulation in its exterior walls, it was decided for energy saving reasons to build new insulated partitions around the perimeter of the house. Combined with new needs from the clients, this resulted in an important reconfiguration of many interior divisions. Above all, the clients wished to decompartmentalize the existing spaces in order to create visual openings from the front to the back of the house to bring in natural light. On the ground floor, two corridors modulated with rounded corners are introduced to create a strong visual link from the front to the rear of the house. New skylights are also inserted above the central staircase and the family bathroom, two spaces located in the heart of the house with originally limited day light. In addition, a panel of sandblasted glass is inserted in the wall separating the stairwell from the parent’s bathroom to let in additional zenithal light.

On the ground floor, we find the living areas with the kitchen and dining room on the garden side and the living room on the street side as originally planned. The second floor has been redesigned with 3 bedrooms and two bathrooms, one of which serves the parents bedroom. The configuration of the original staircase with “dancing steps” is retained to become the highlight of the project with its perimeter walls restored with new plaster curves. The formal treatment applied to the redesign of the staircase is reflected in the architectural intervention of the whole project and alludes to the original artisanal stucco which has aged badly. Thus, the curved partitions, the vaulted ceilings are all formal gestures that infuse the project with a certain fluidity in the sequence of spaces and induce a luminous softness.

Wishing to integrate a contemporary intervention within an ancient construction, the geometry of the spaces is coupled with minimalist details and a limited palette of materials; white painted plaster on the walls and ceilings, oiled maple floor, maple veneer for the built-in furniture, delicate handrail and white and gray ceramic for the walls and floors.

In the end, with the desire to provide its new occupants with a comfortable and stimulating living environment to live in, a new life is given to a 1930s bourgeois house worned by the years. 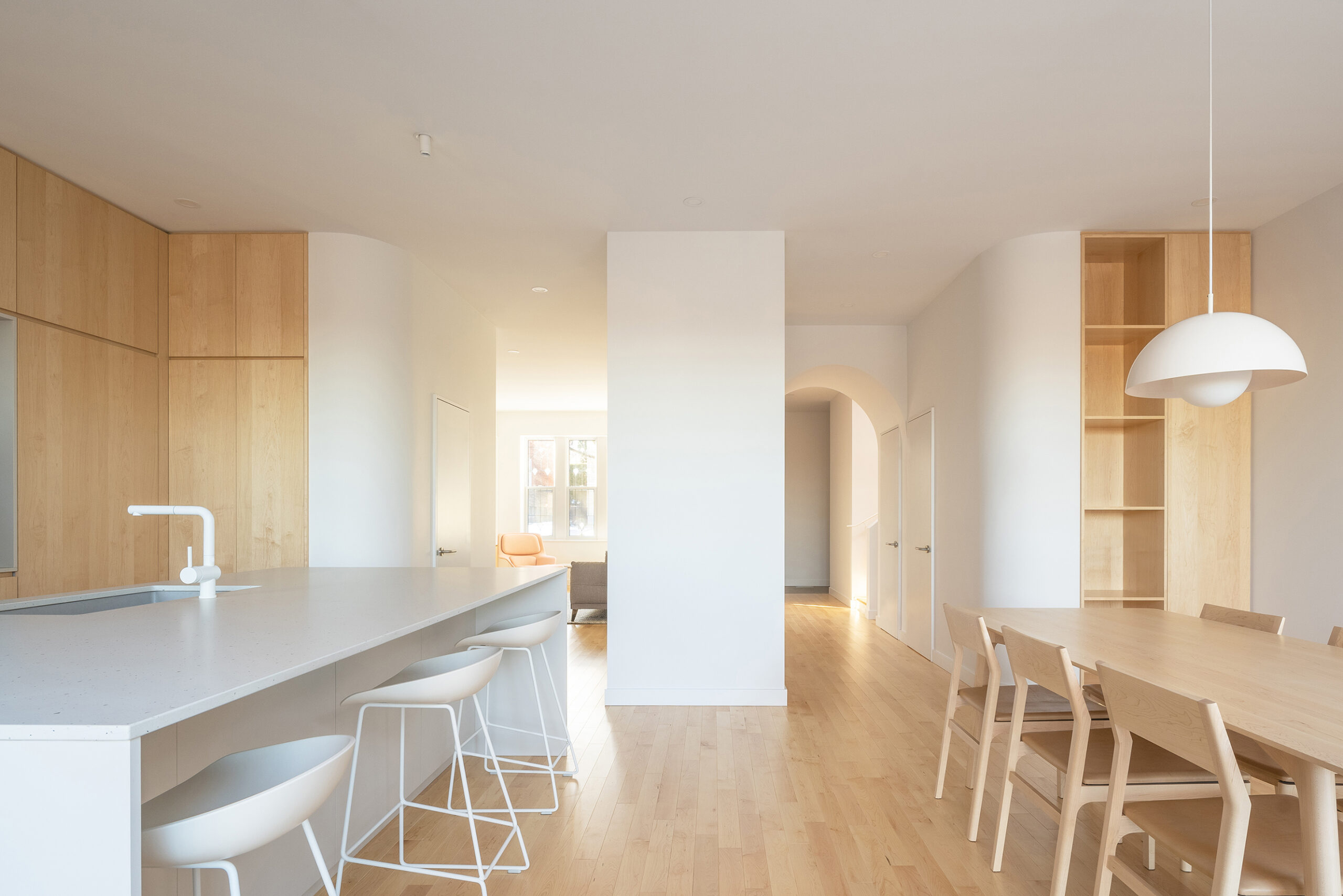 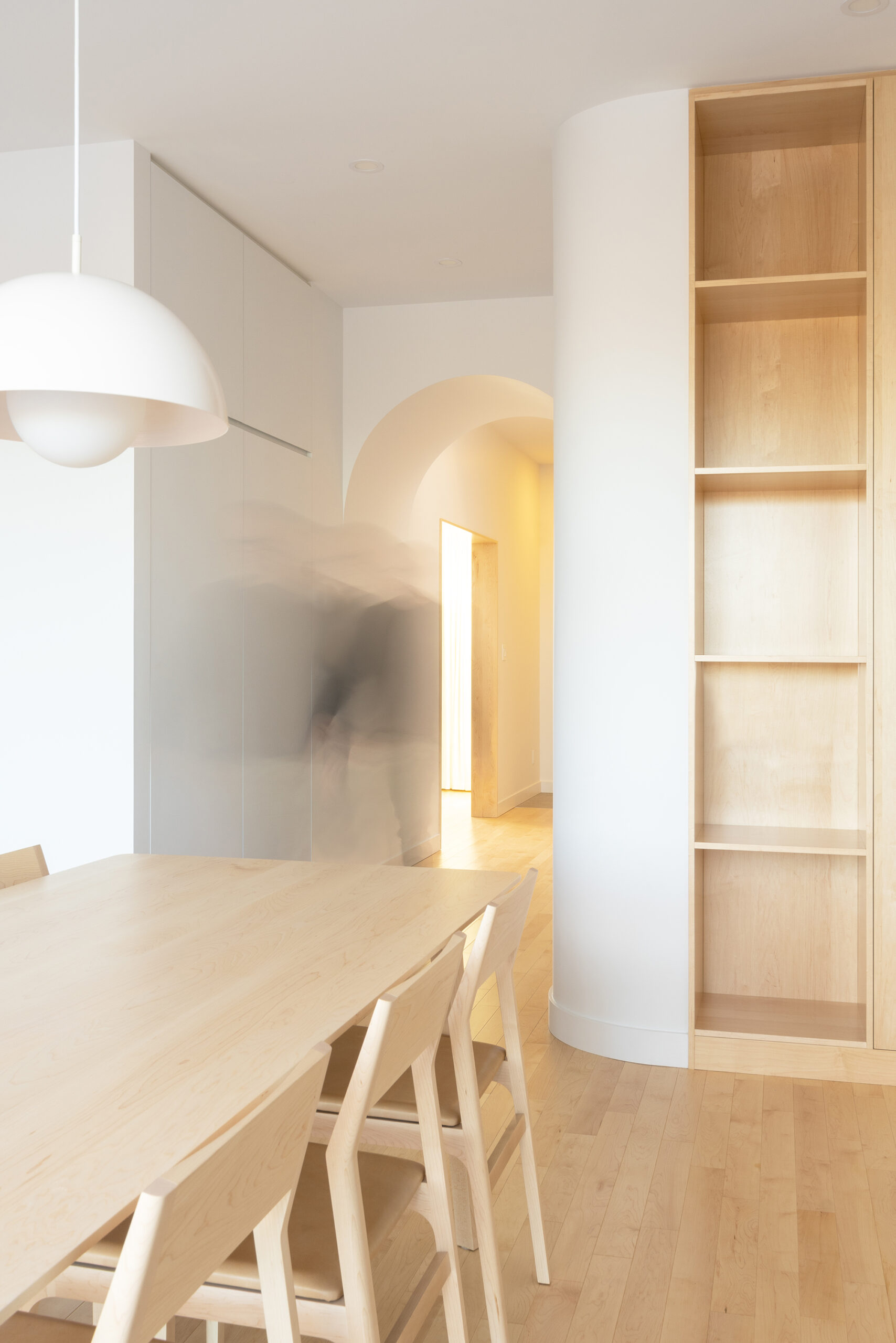 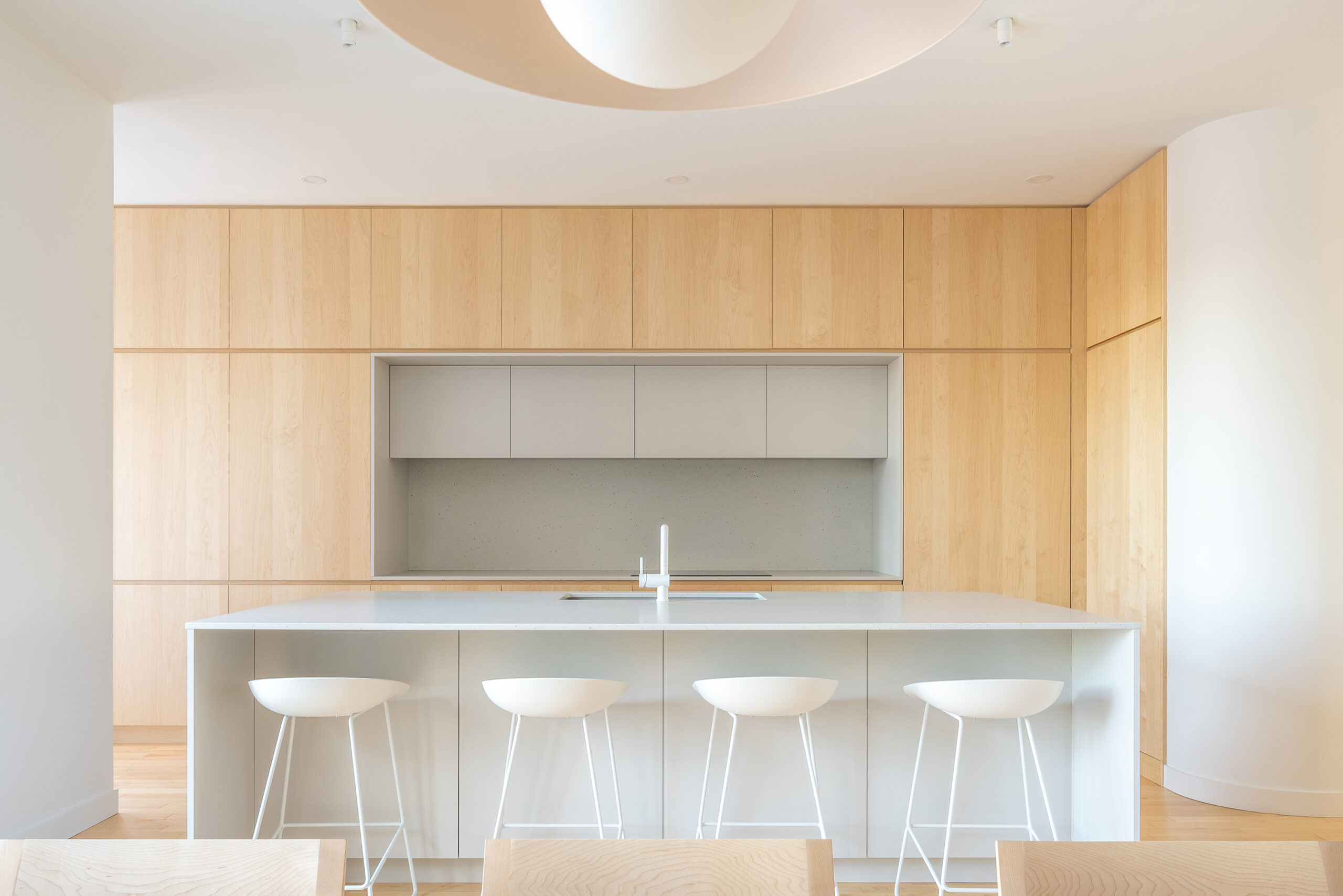 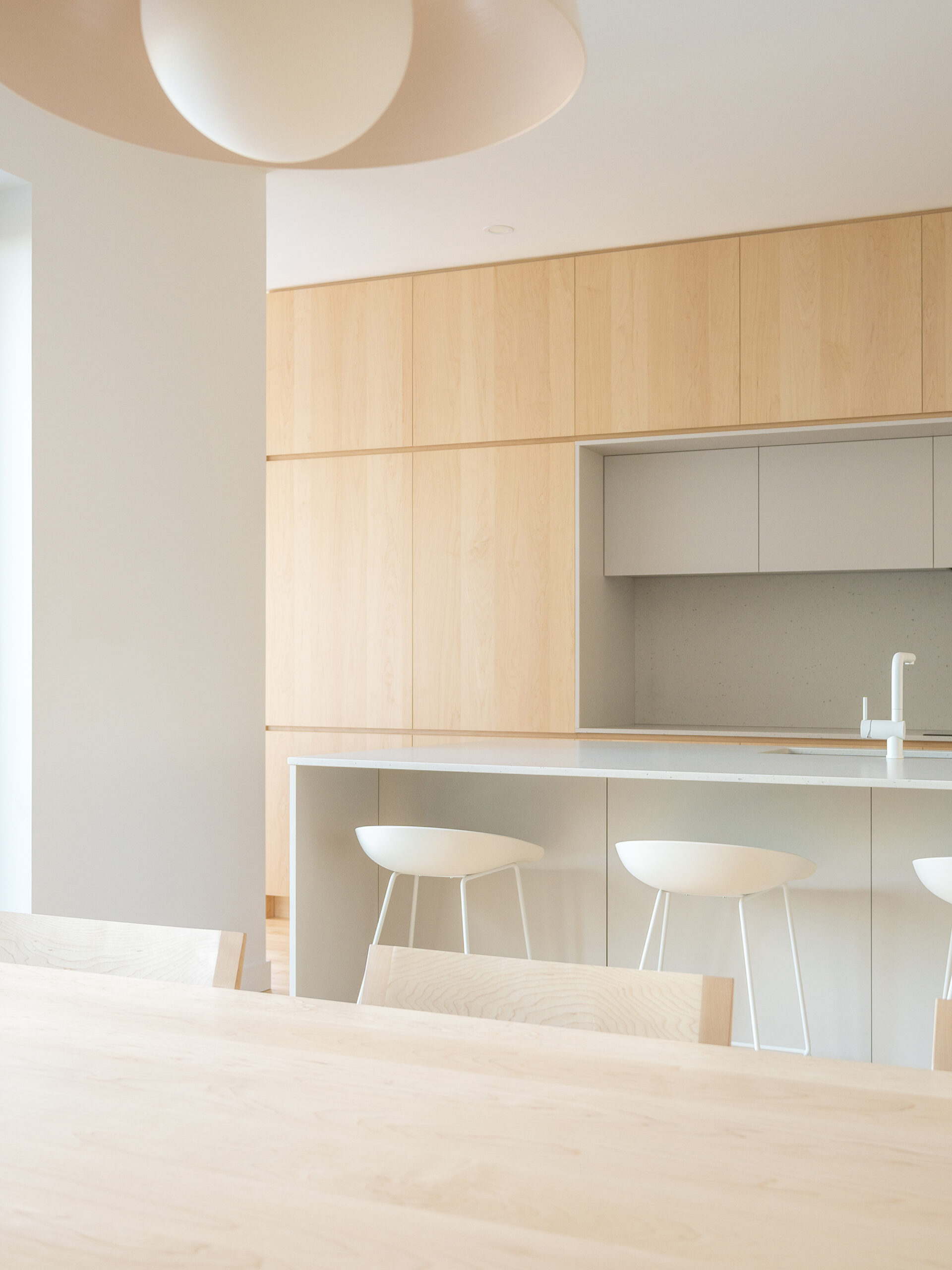 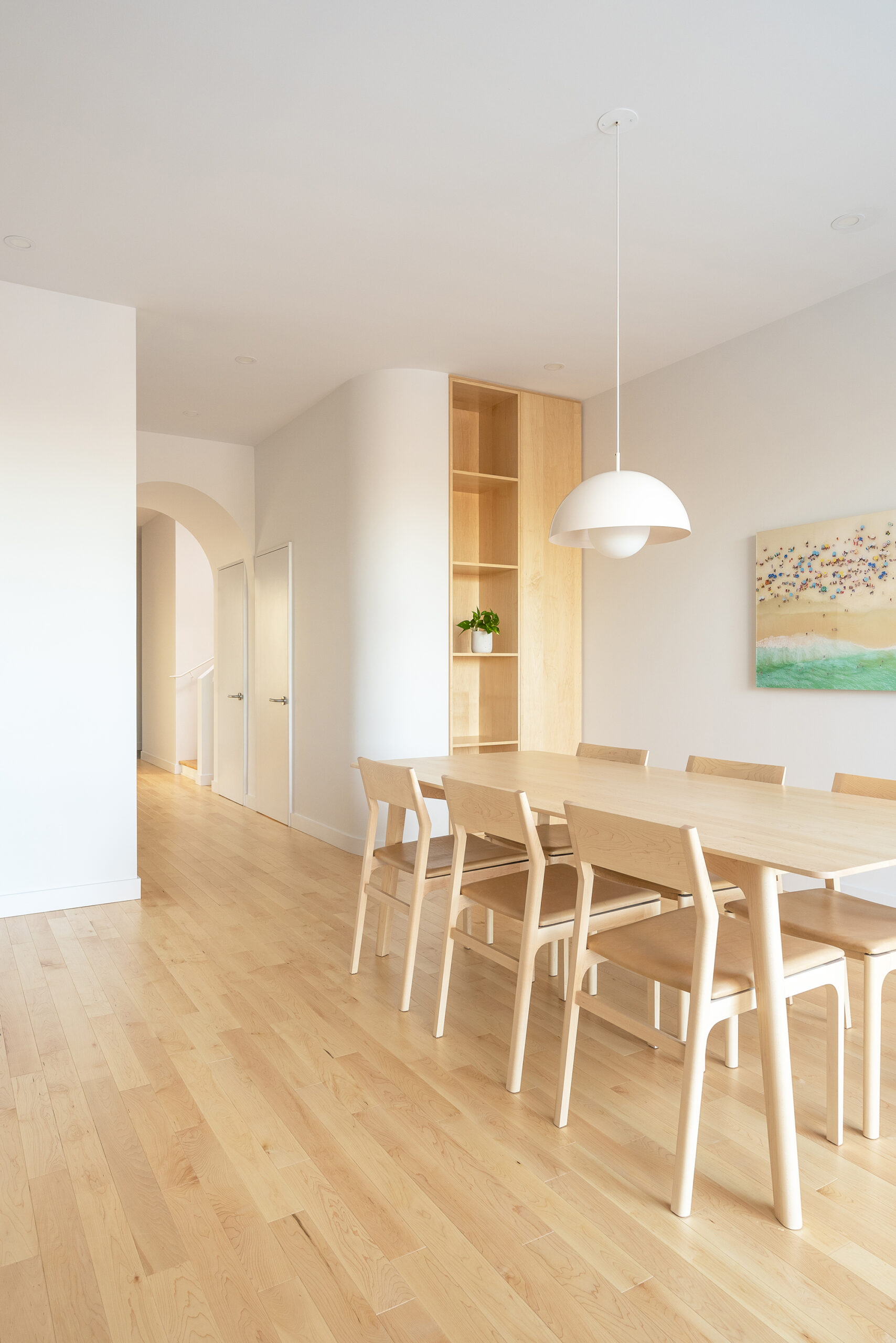 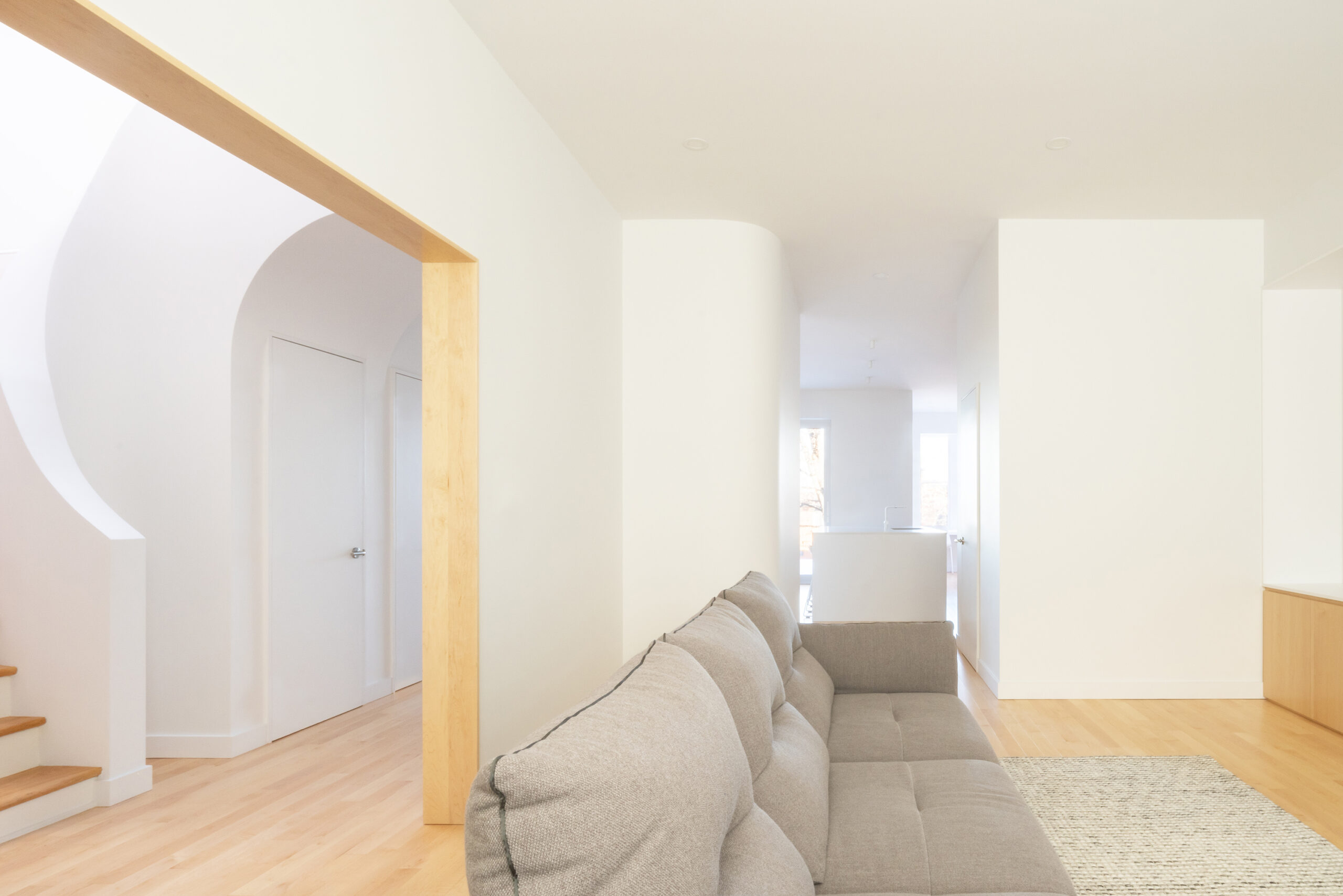 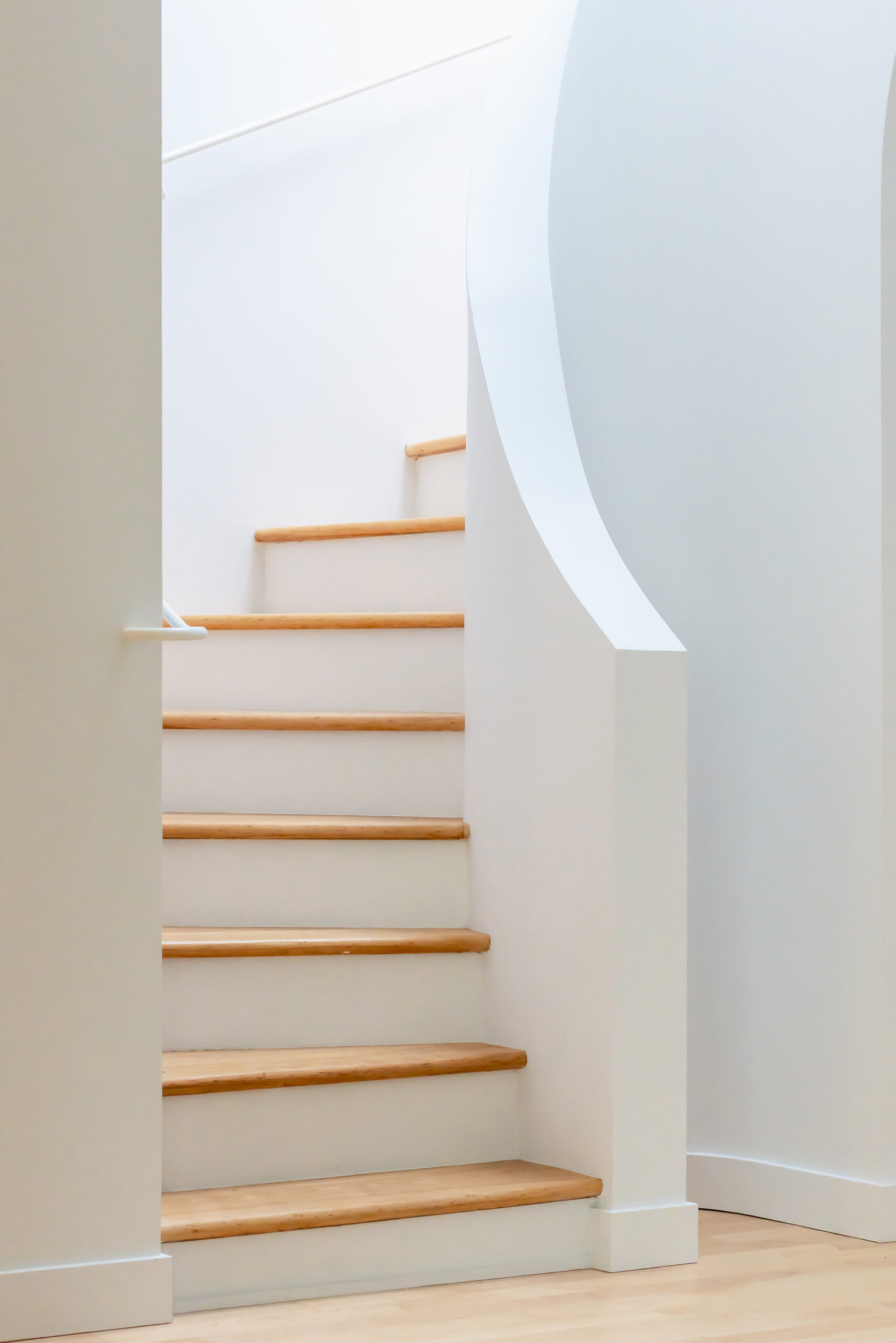 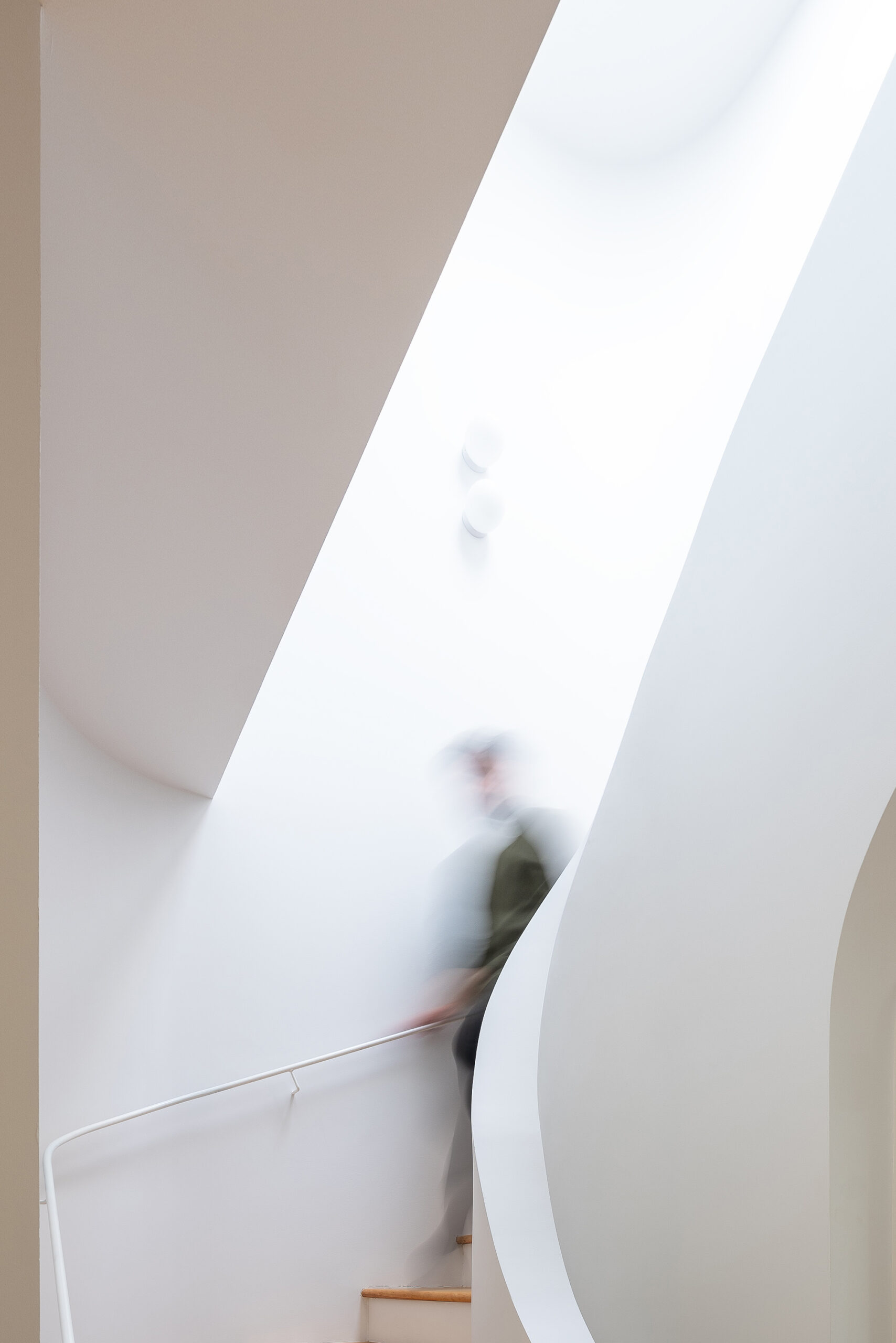 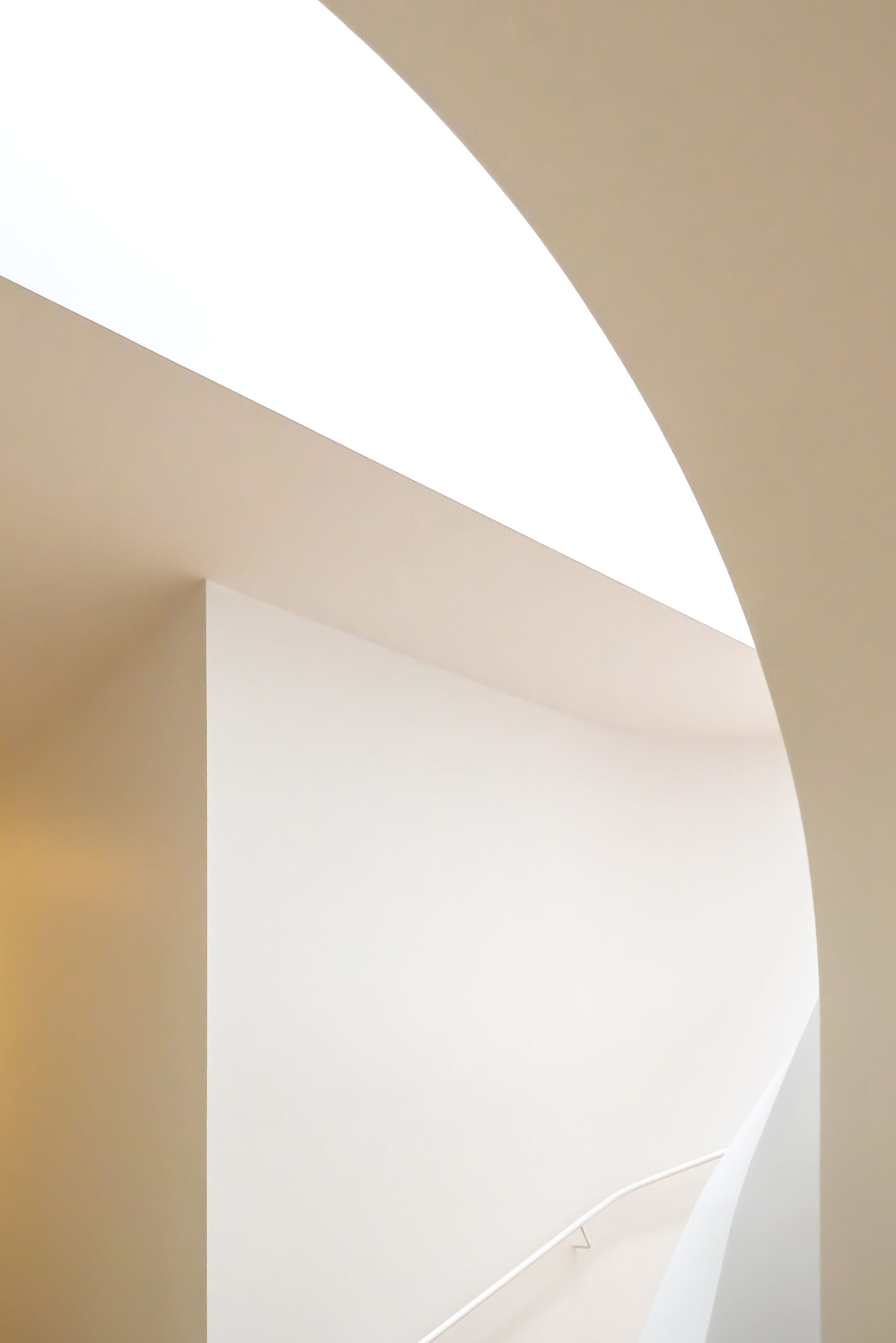 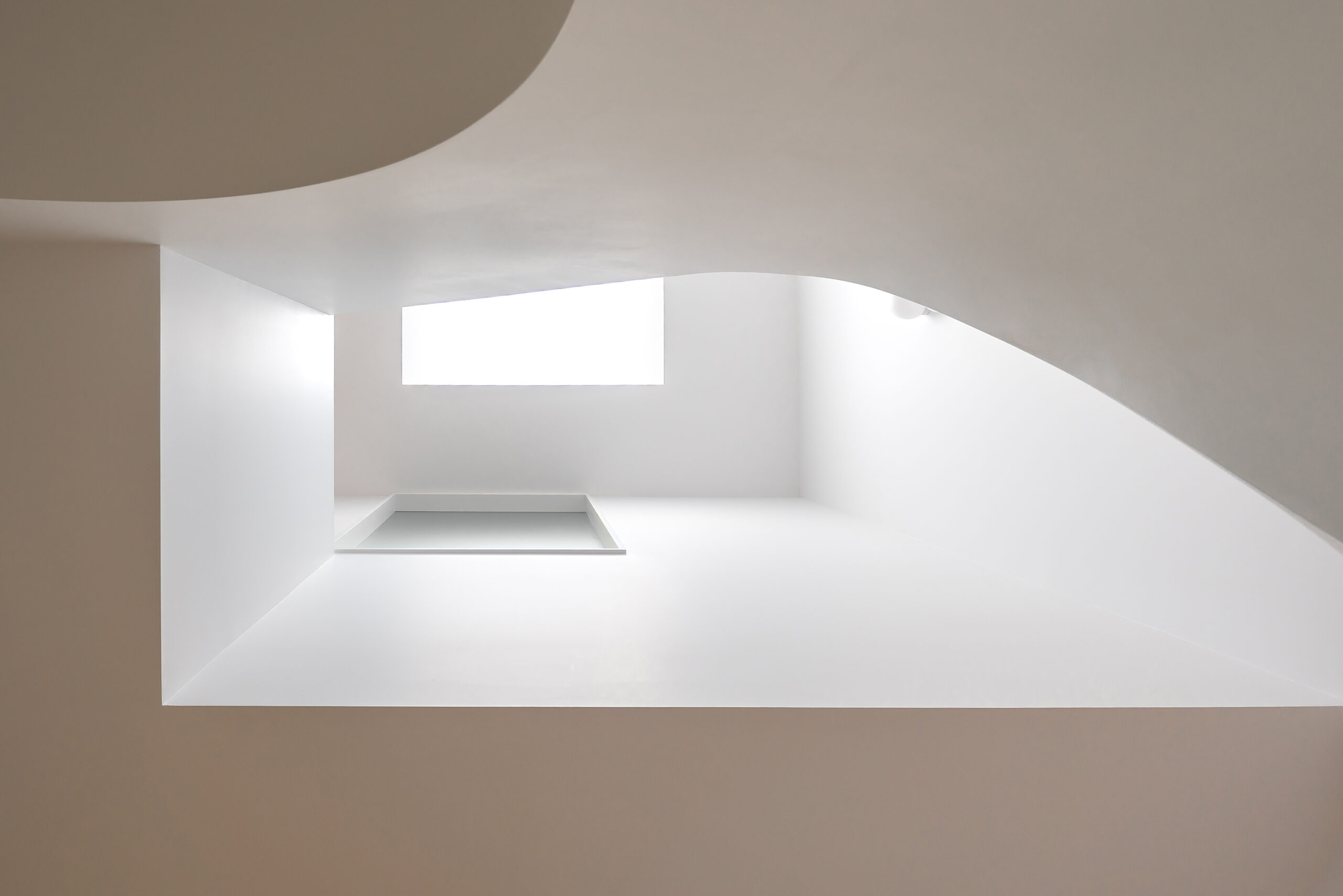 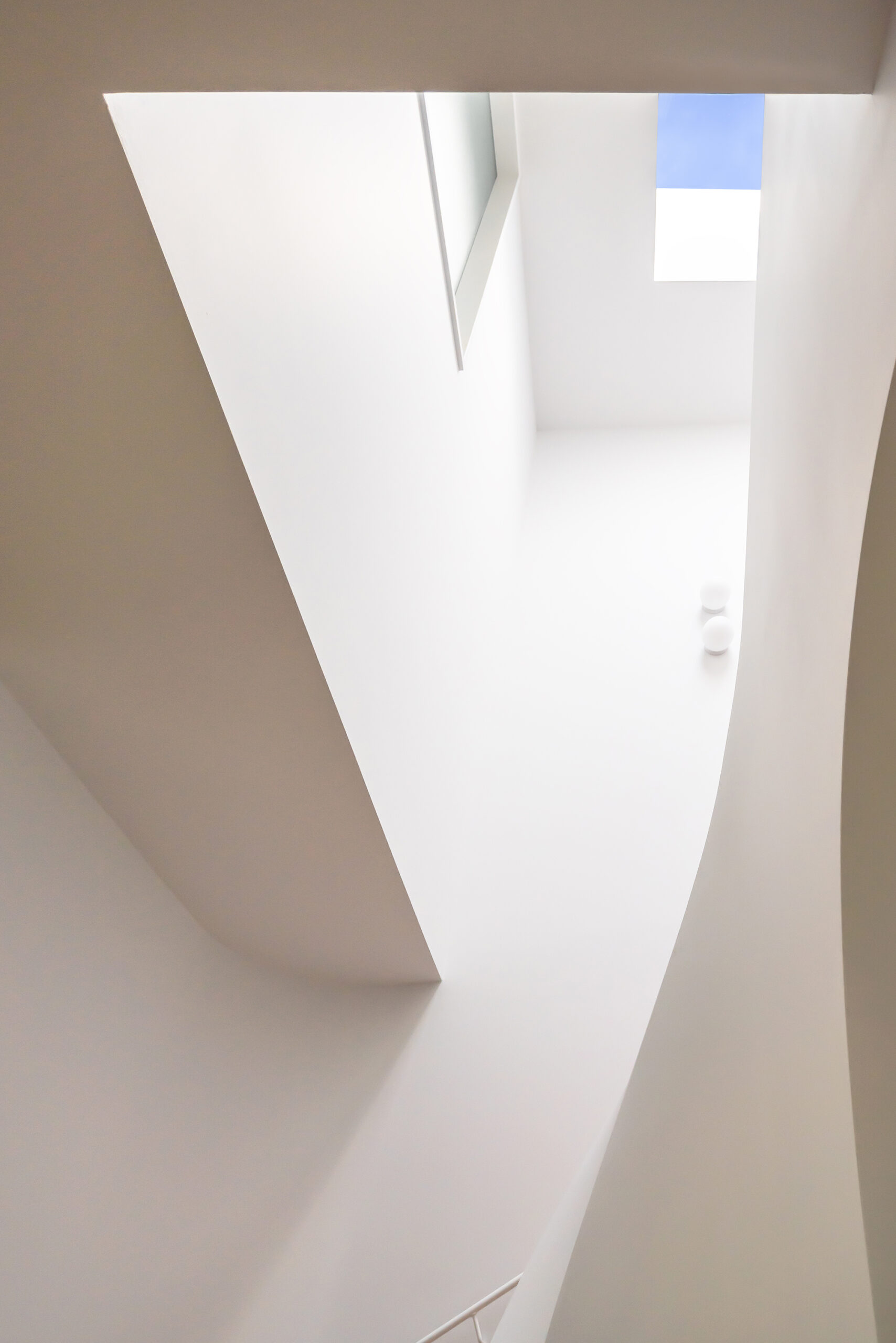 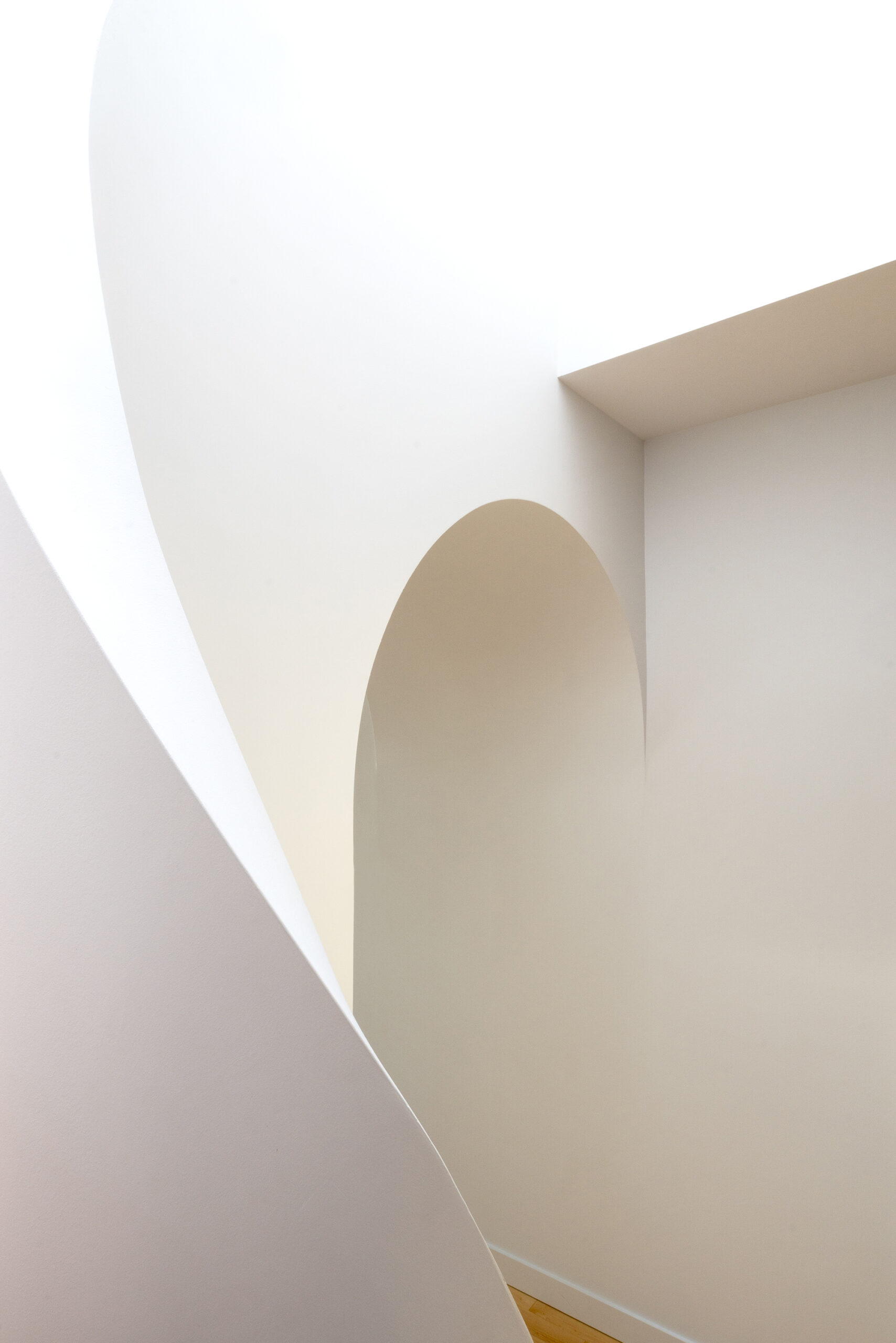 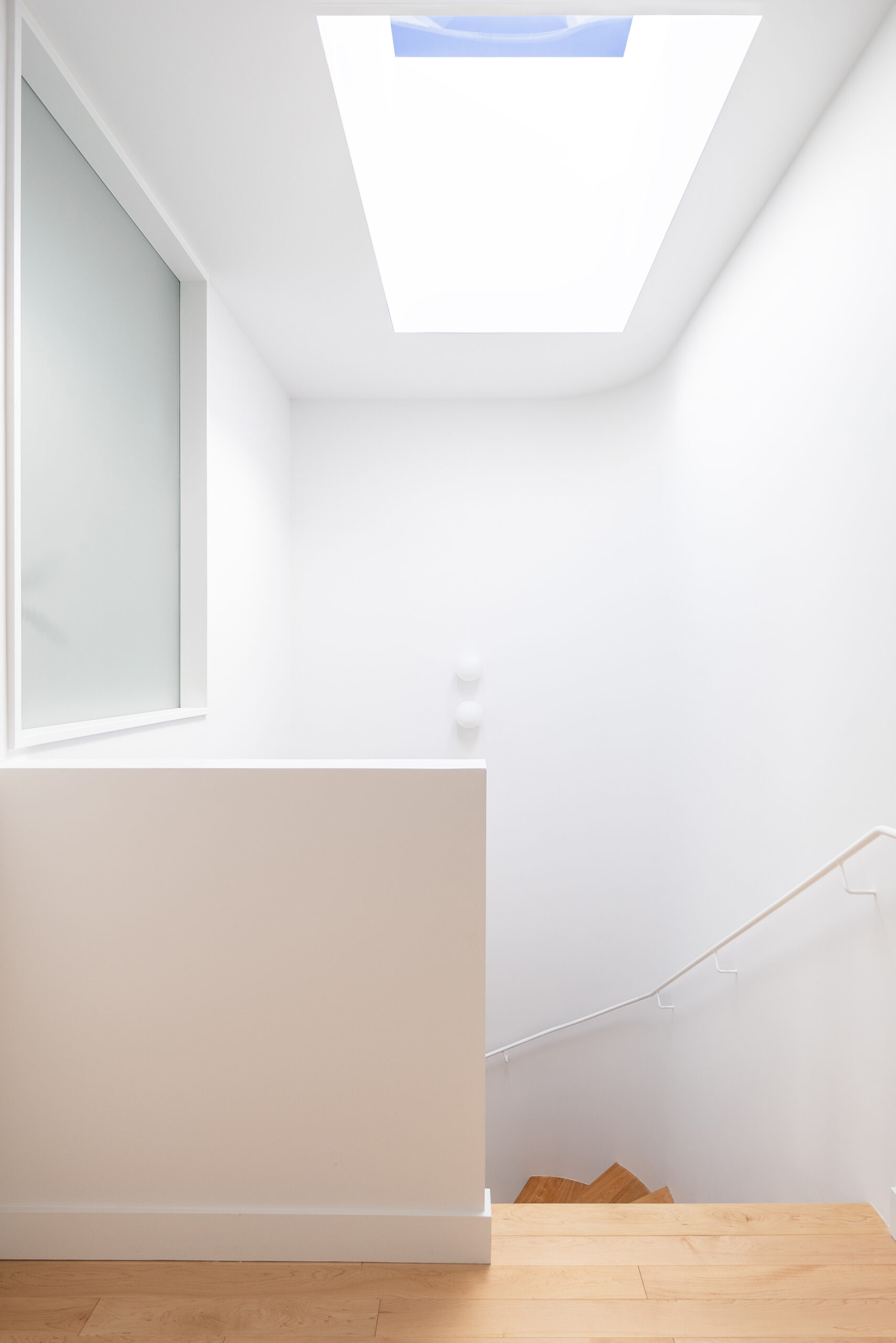 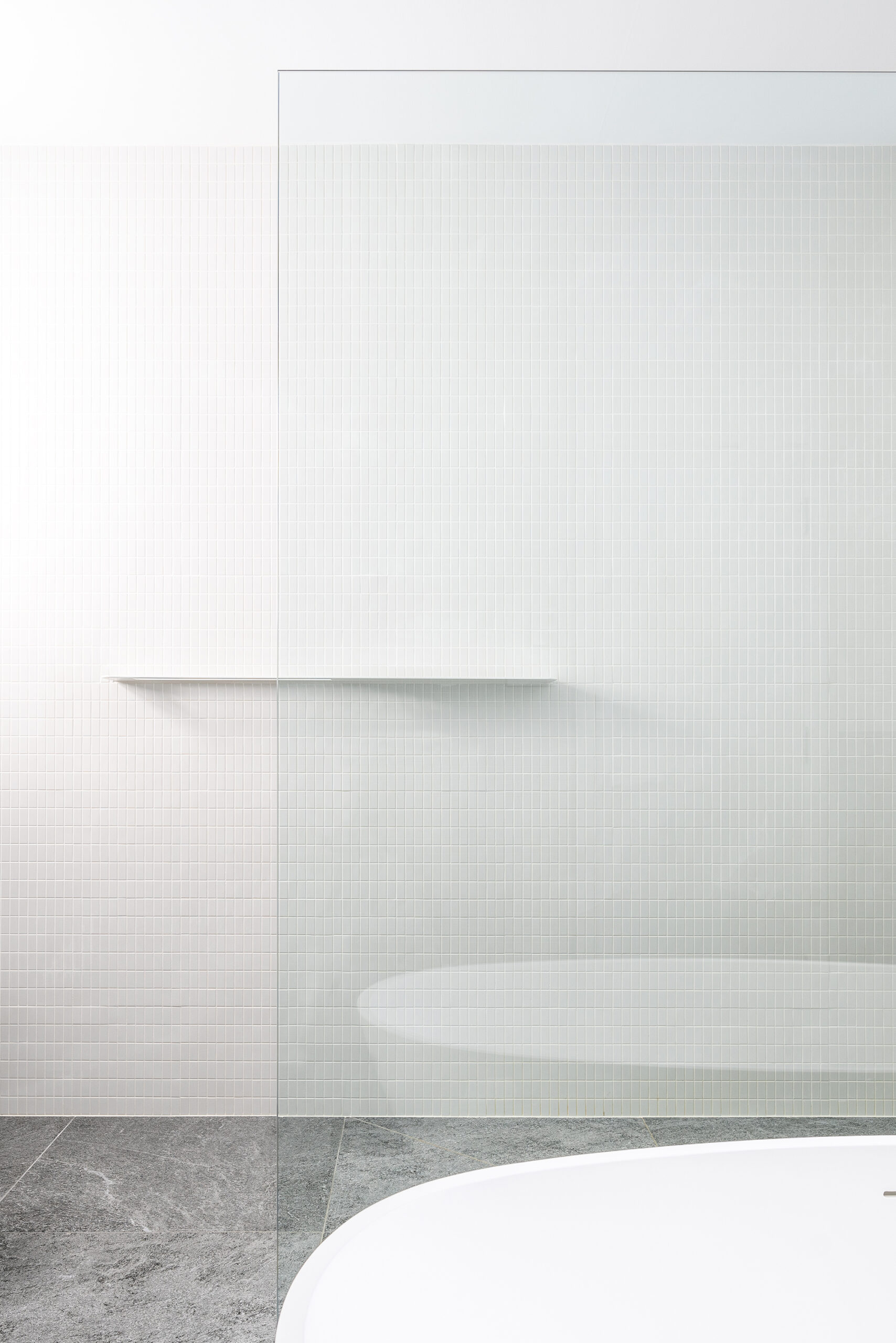 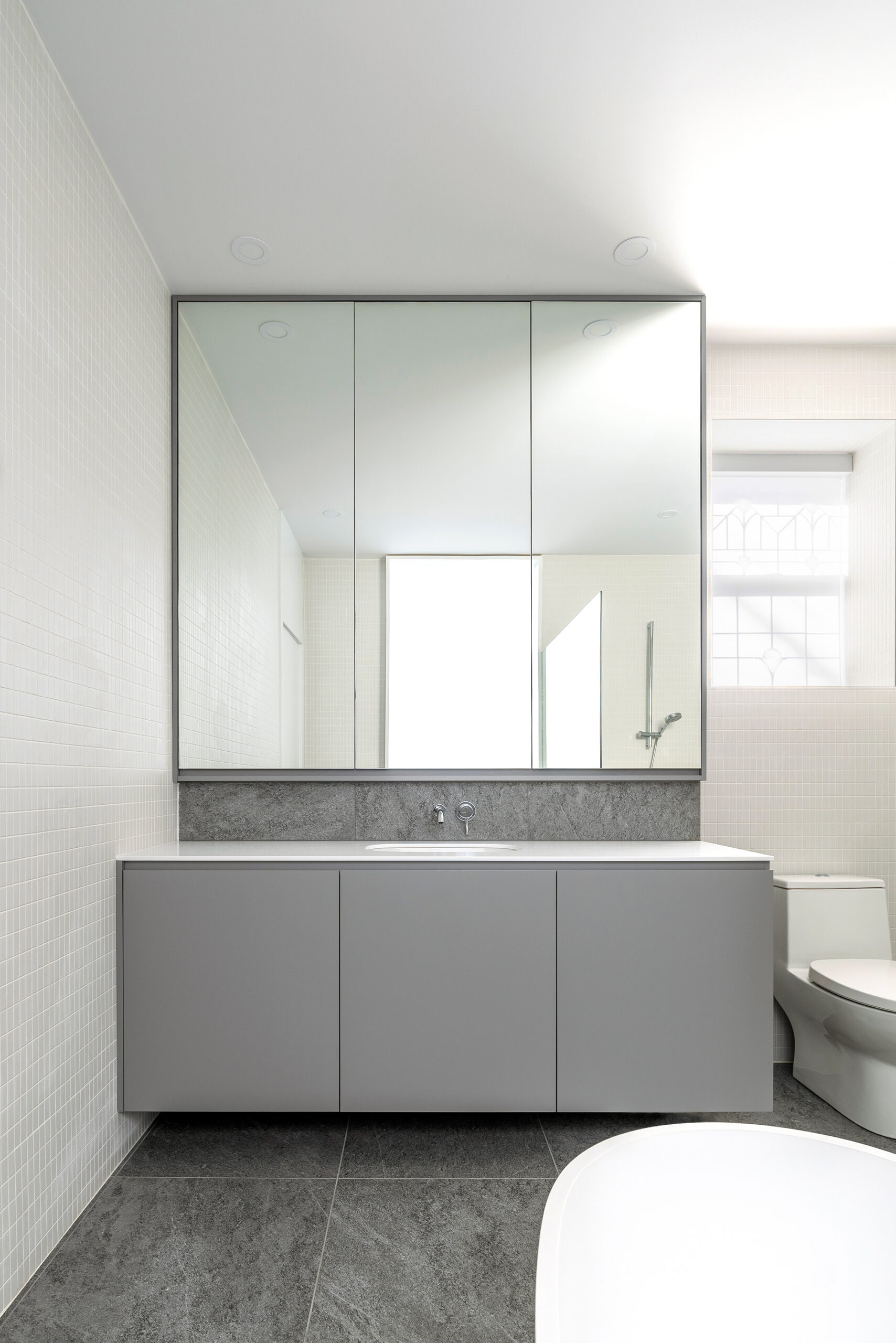 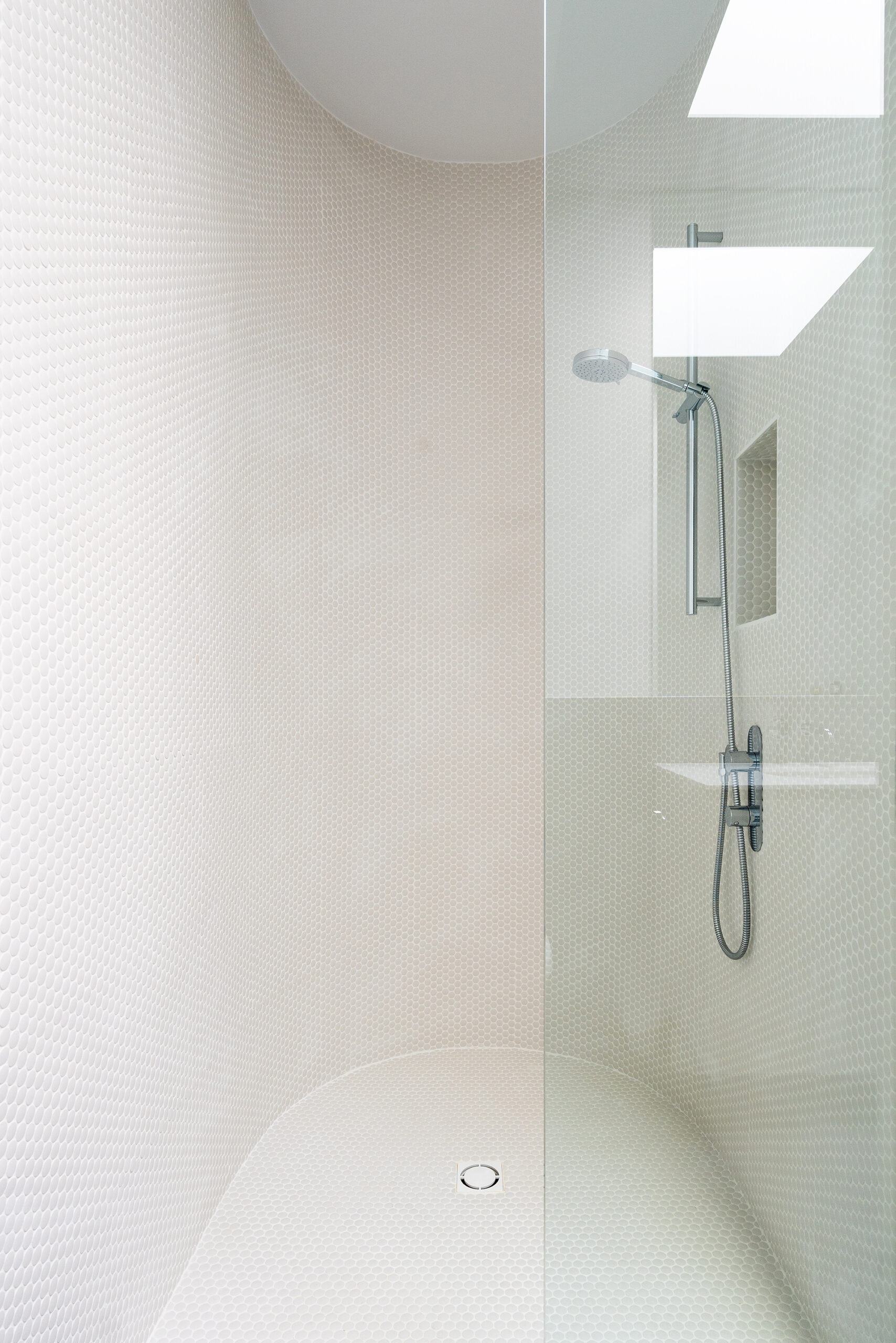 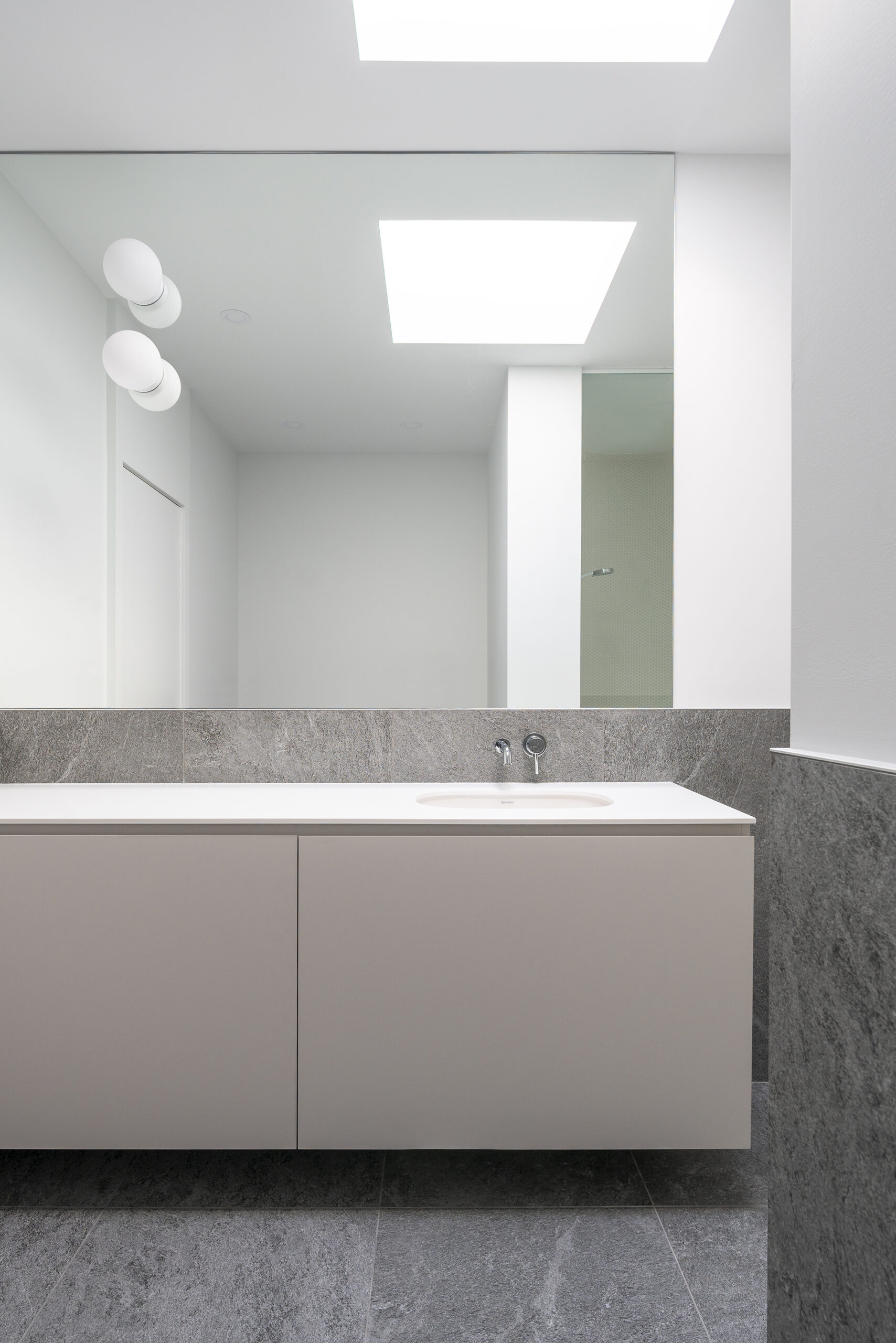 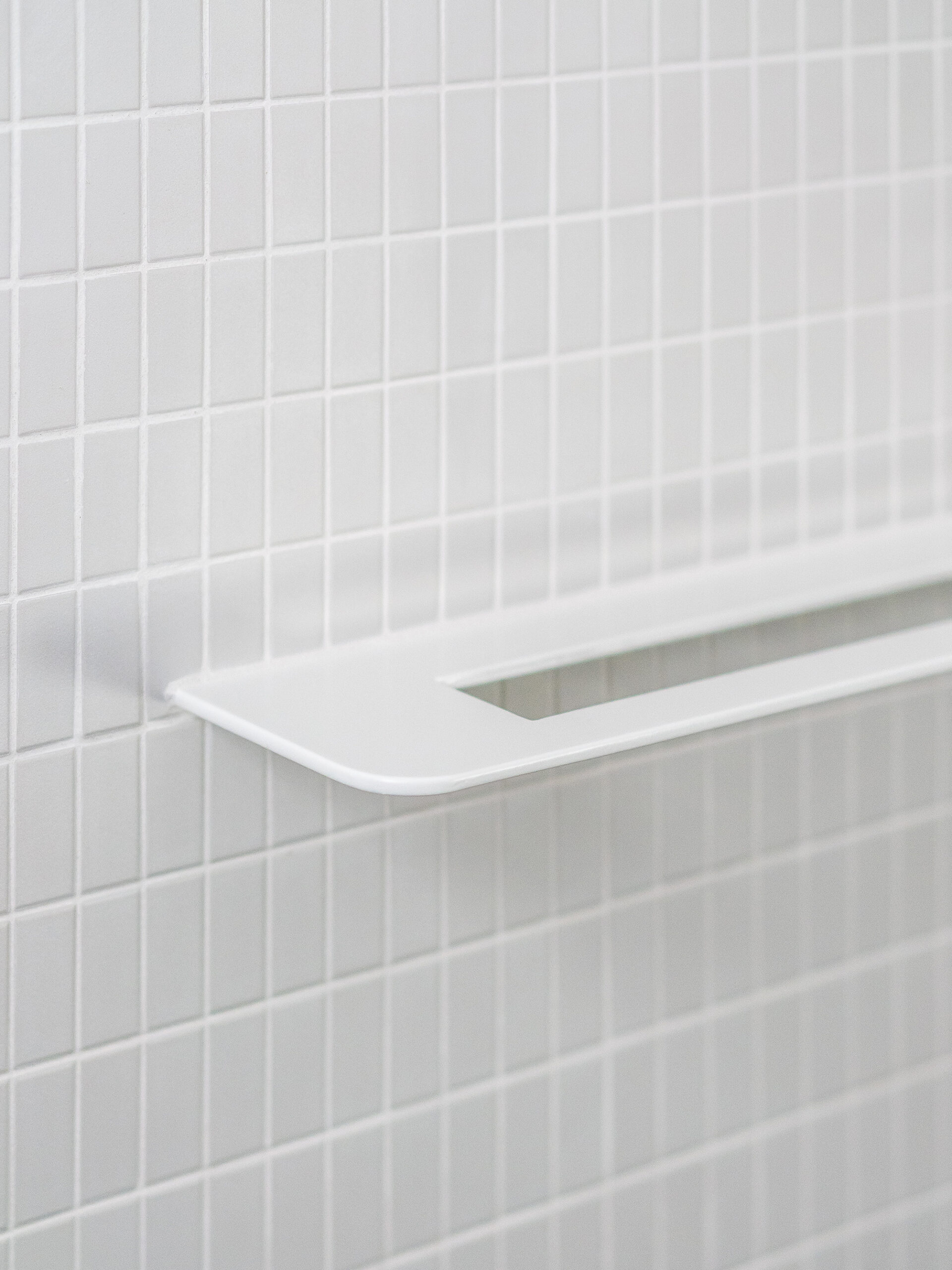 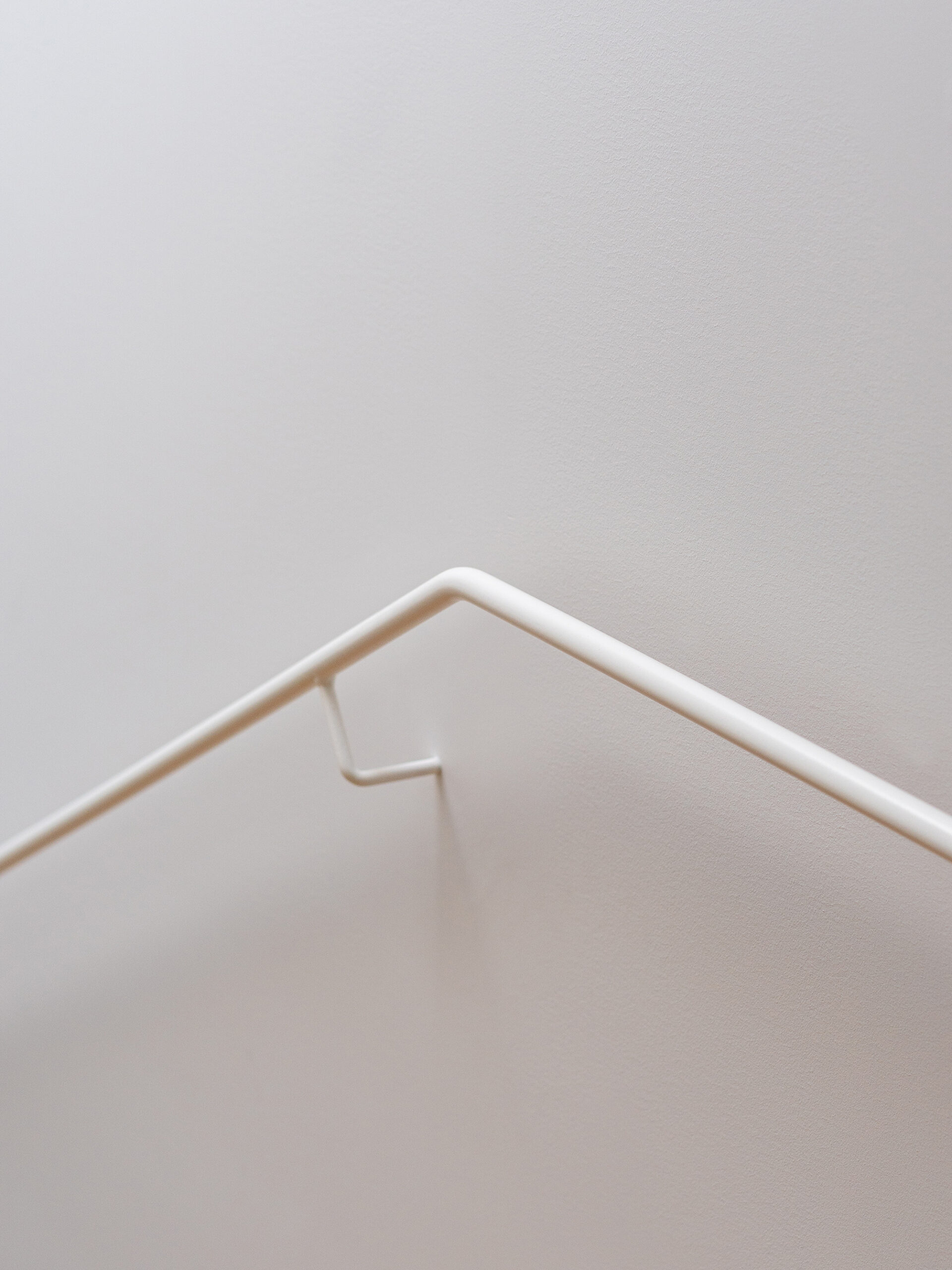 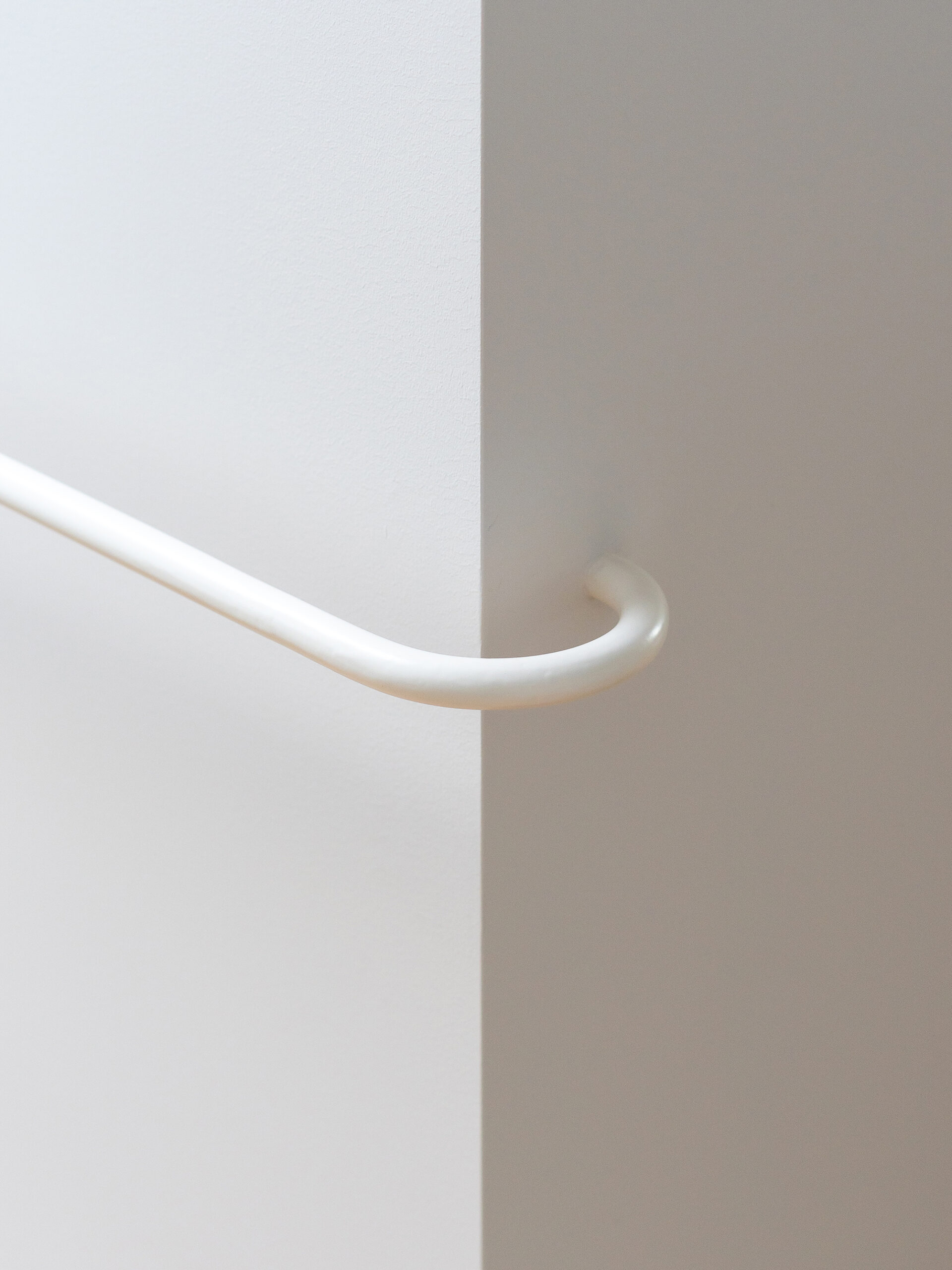 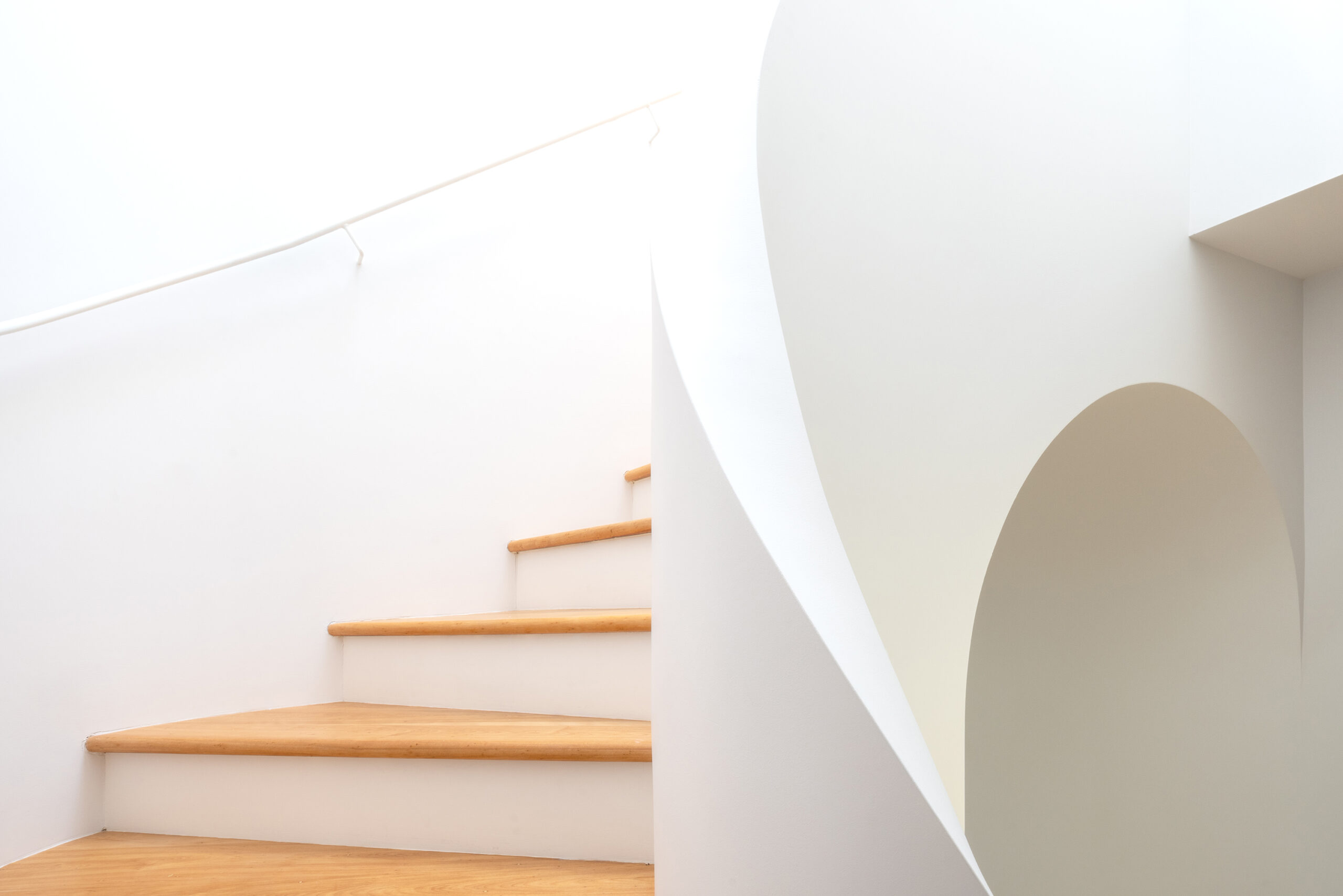 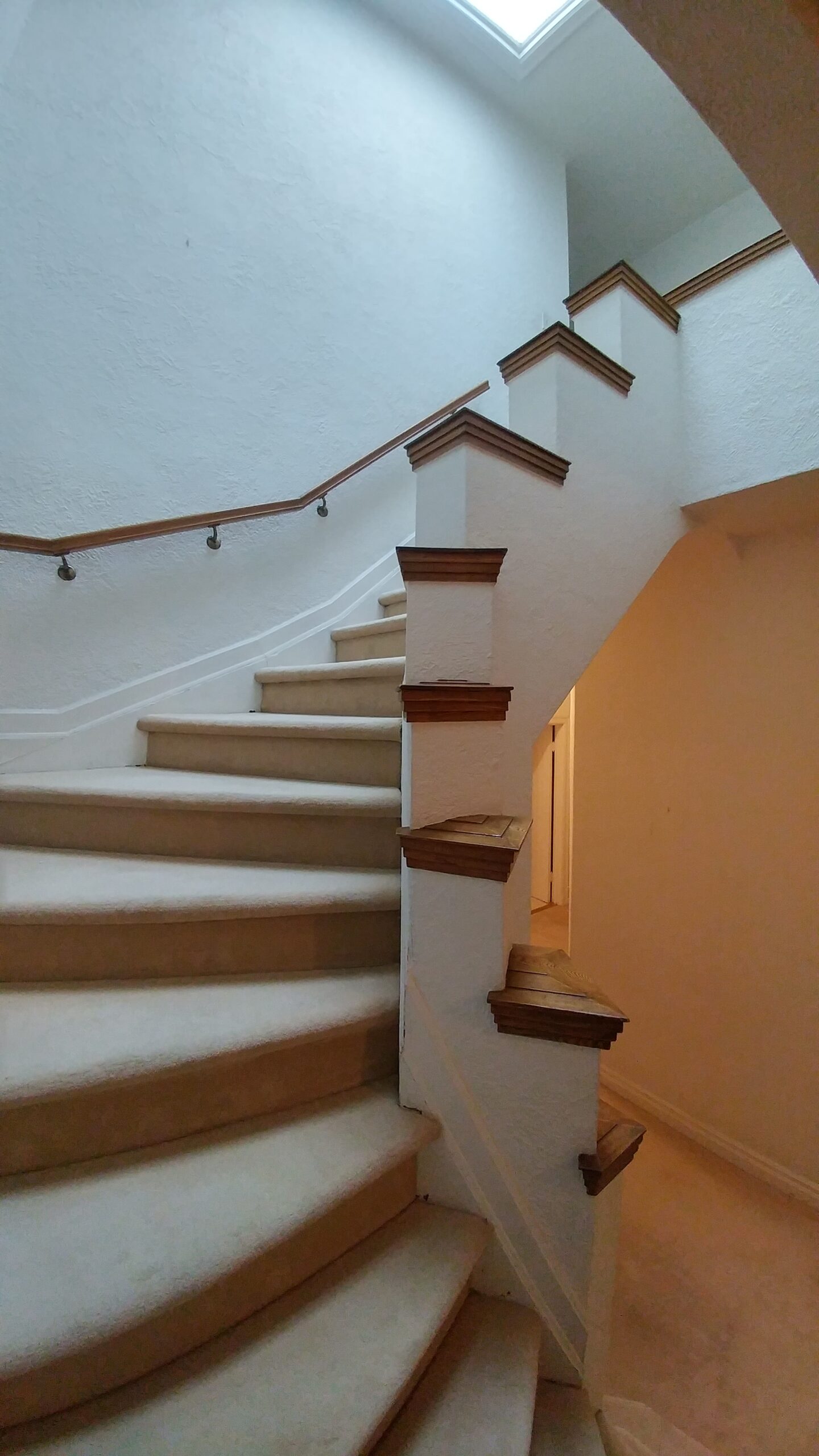 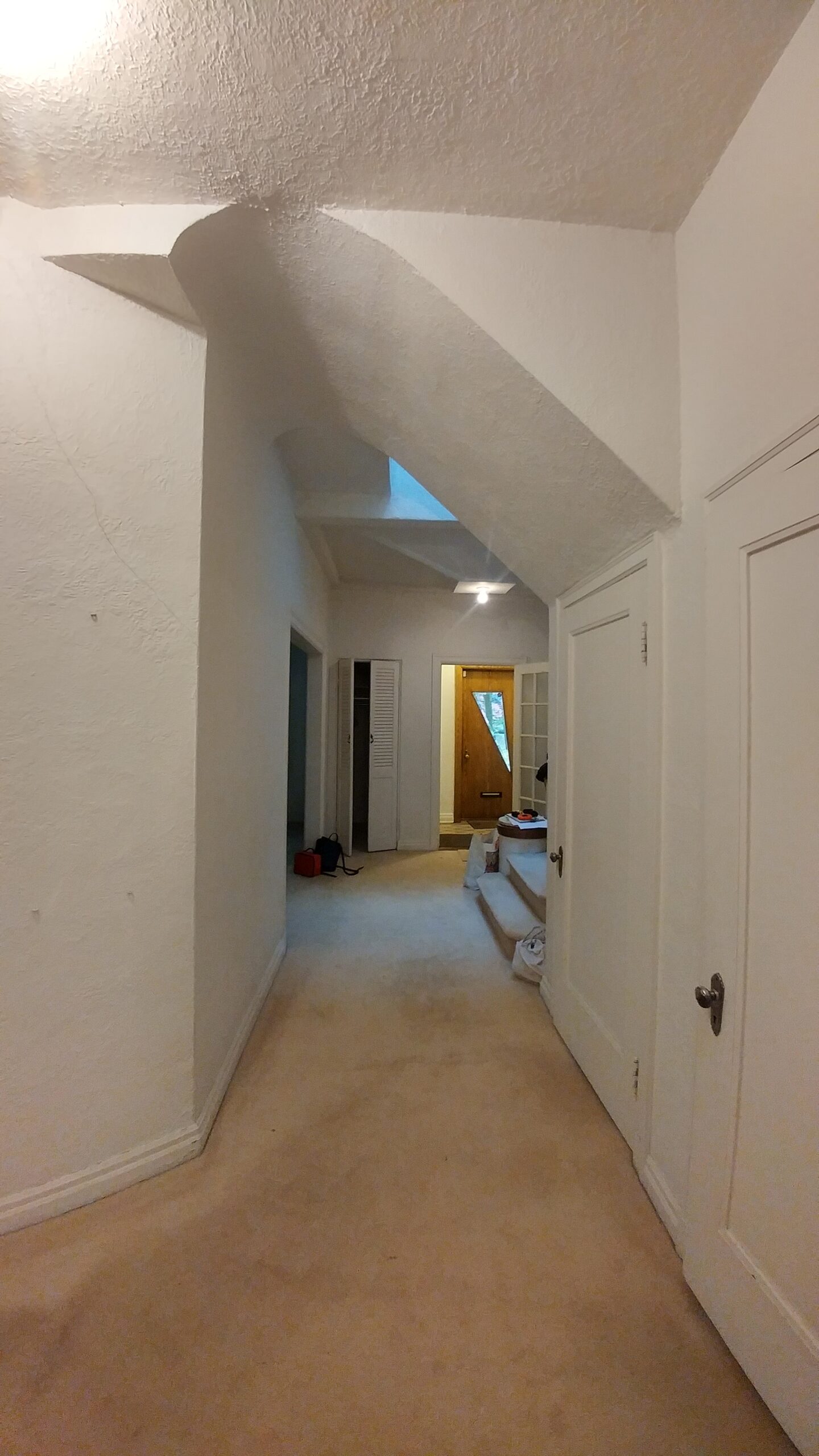 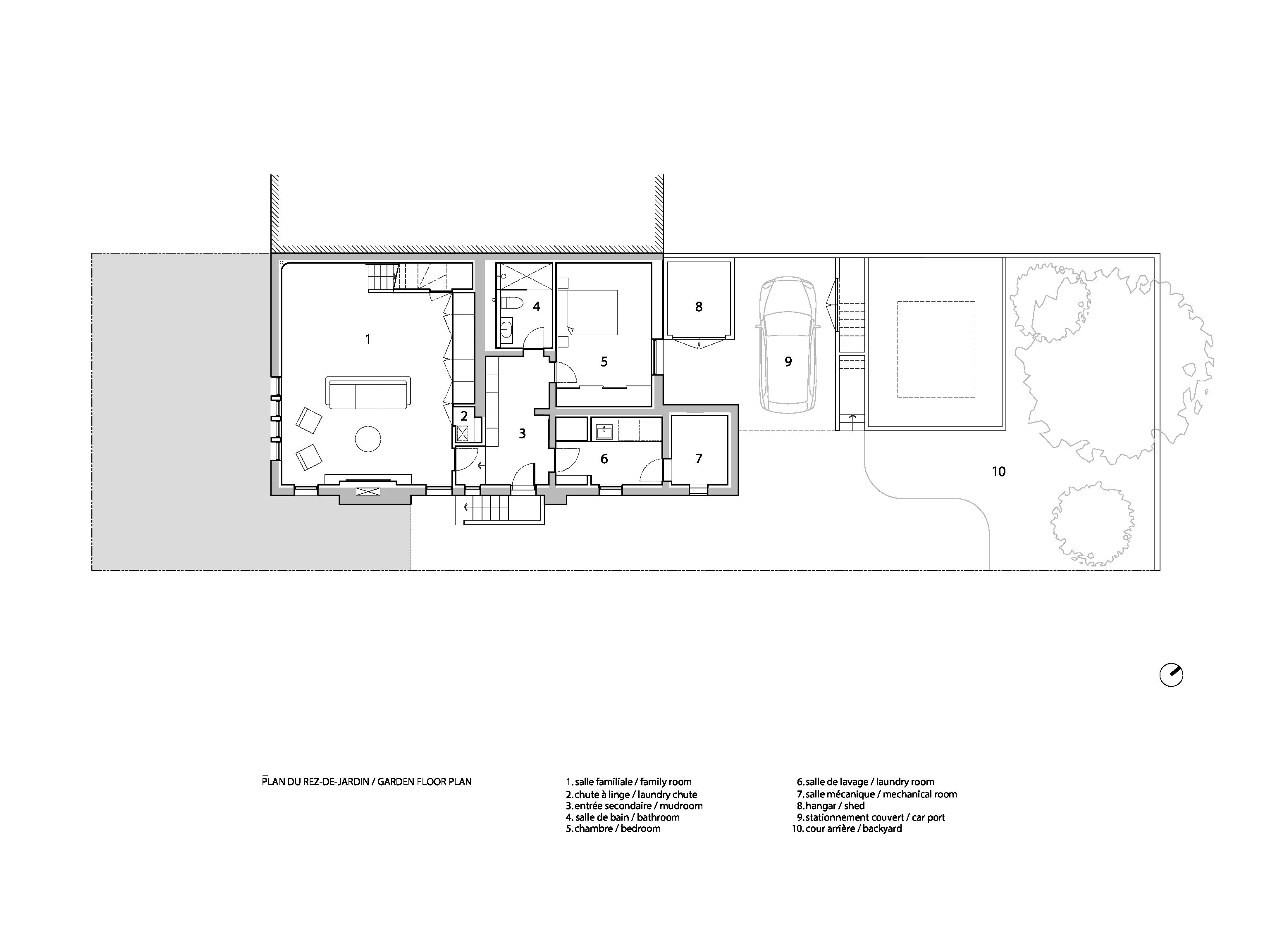 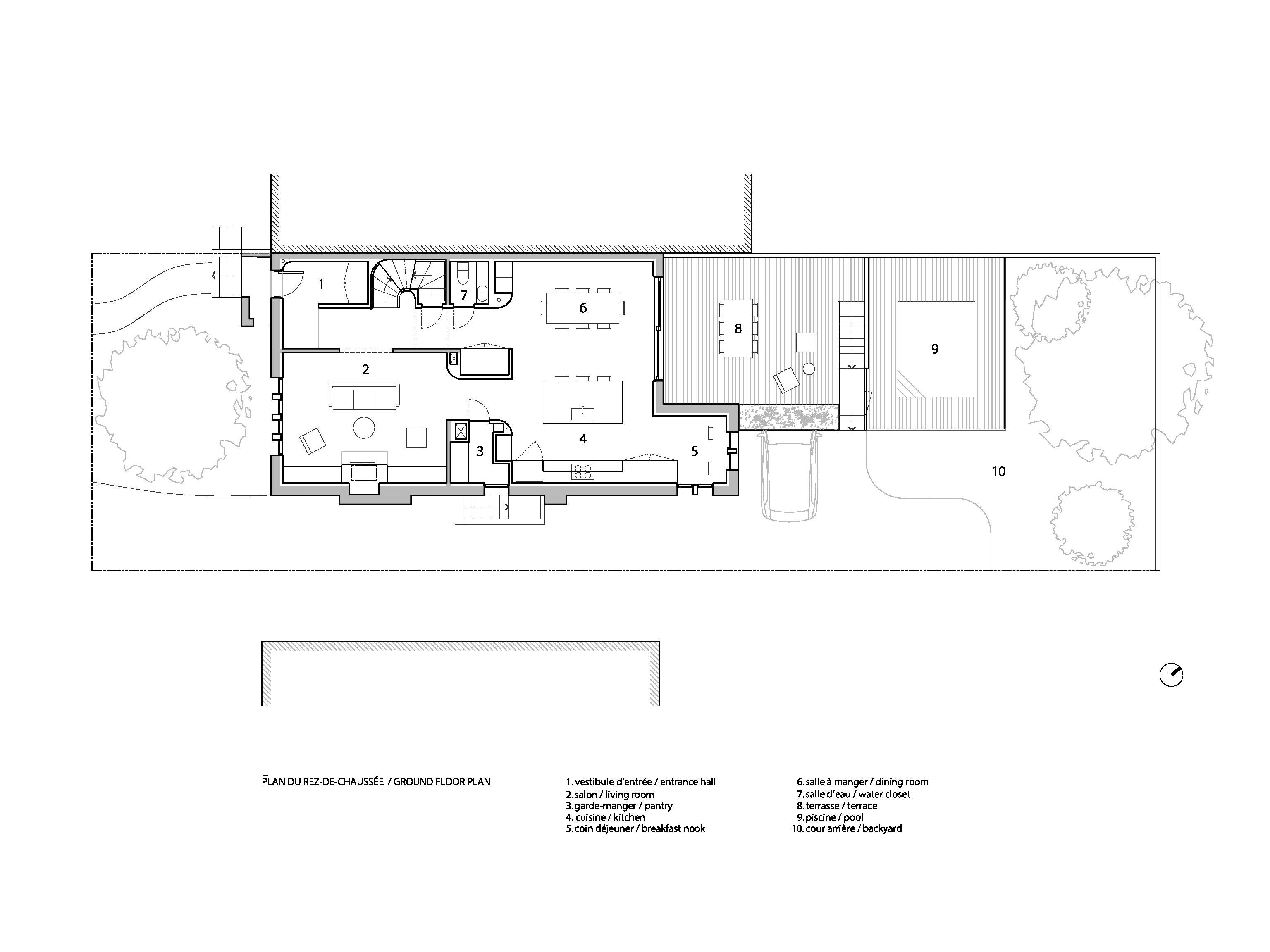 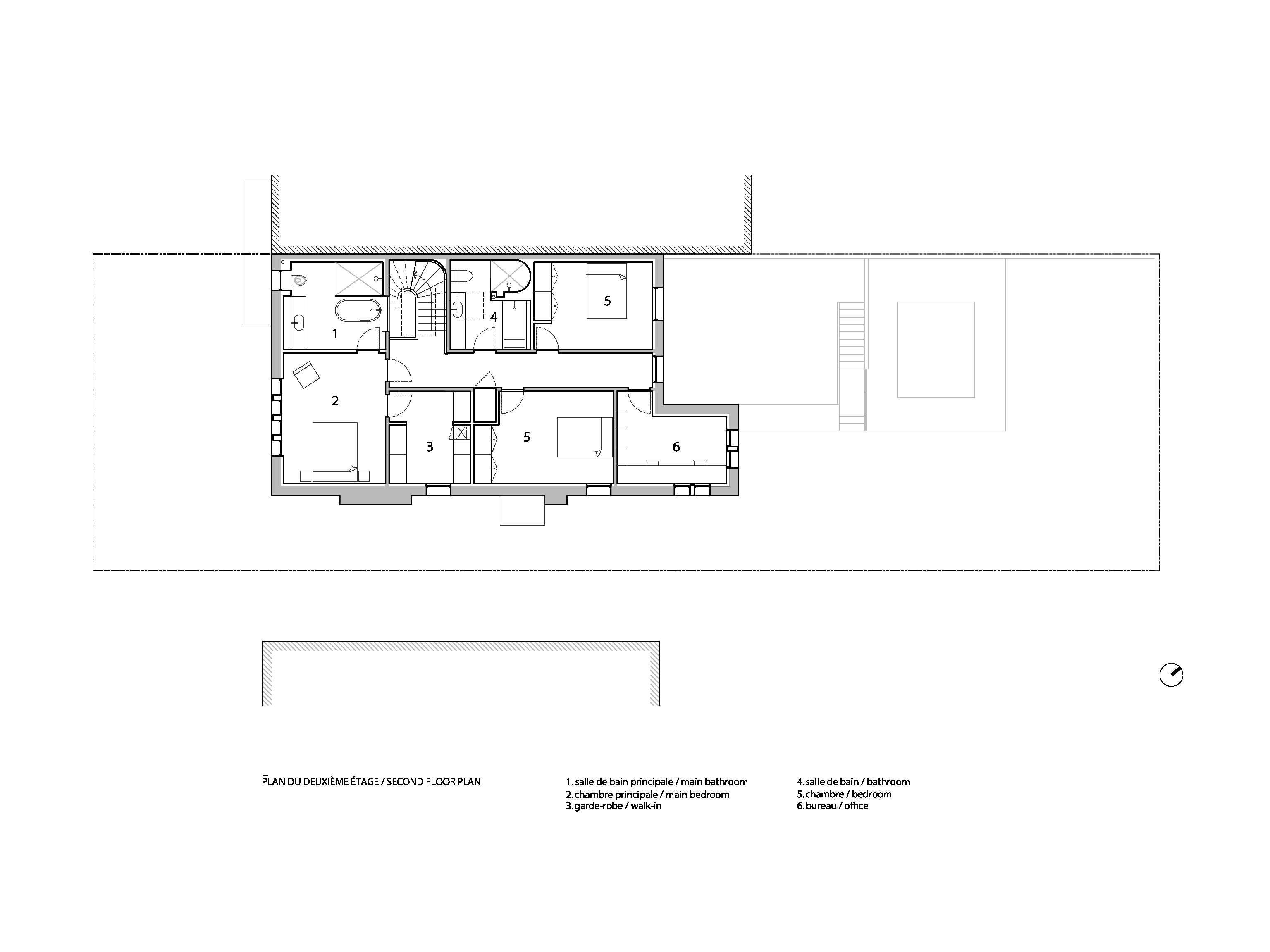