The project consists in a complete transformation and extension of a commercial building on Beaubien Street. Its composition transcribes both the superposition of the commercial uses, while reinterpreting the original two-storey base from which a new floor emerges. This one is characterized by a monolithic steel roof sitting on a longitudinal band of black windows.

The conceptual idea of the project is to offer a panoramic framing of the view towards Molson park’s trees. The terrace on the roof express this concept by a series of sunbreakers inspired by the old folding cameras – in french « appareil photo à soufflet ». This black structure allows the scale of the project to be aligned in continuity with its neighbours from the street, while reinterpreting the architecture of the pergolas in a contemporary way. A perception of depth generated by the side alley is accentuated by a series of regular windows and by the insertion of a succession of vertical brick details.

The third floor office is organized into a succession of plans ; the conference room in front benefits from a visual continuity with the terrace, while the lobby and circulation areas are naturally lit through skylights. As a hint of the old building, several original lamps are reintroduced in the layout, contrasting with the new minimalist suspensions. The white oak storage units come through the glass partitions, revealing the perception of a regular space organisation from the corridor.

Finally, the monochrome tones of the overall project are enhanced with bright colours; the blue block contains the services, while the bright red radiates from the exit staircase. 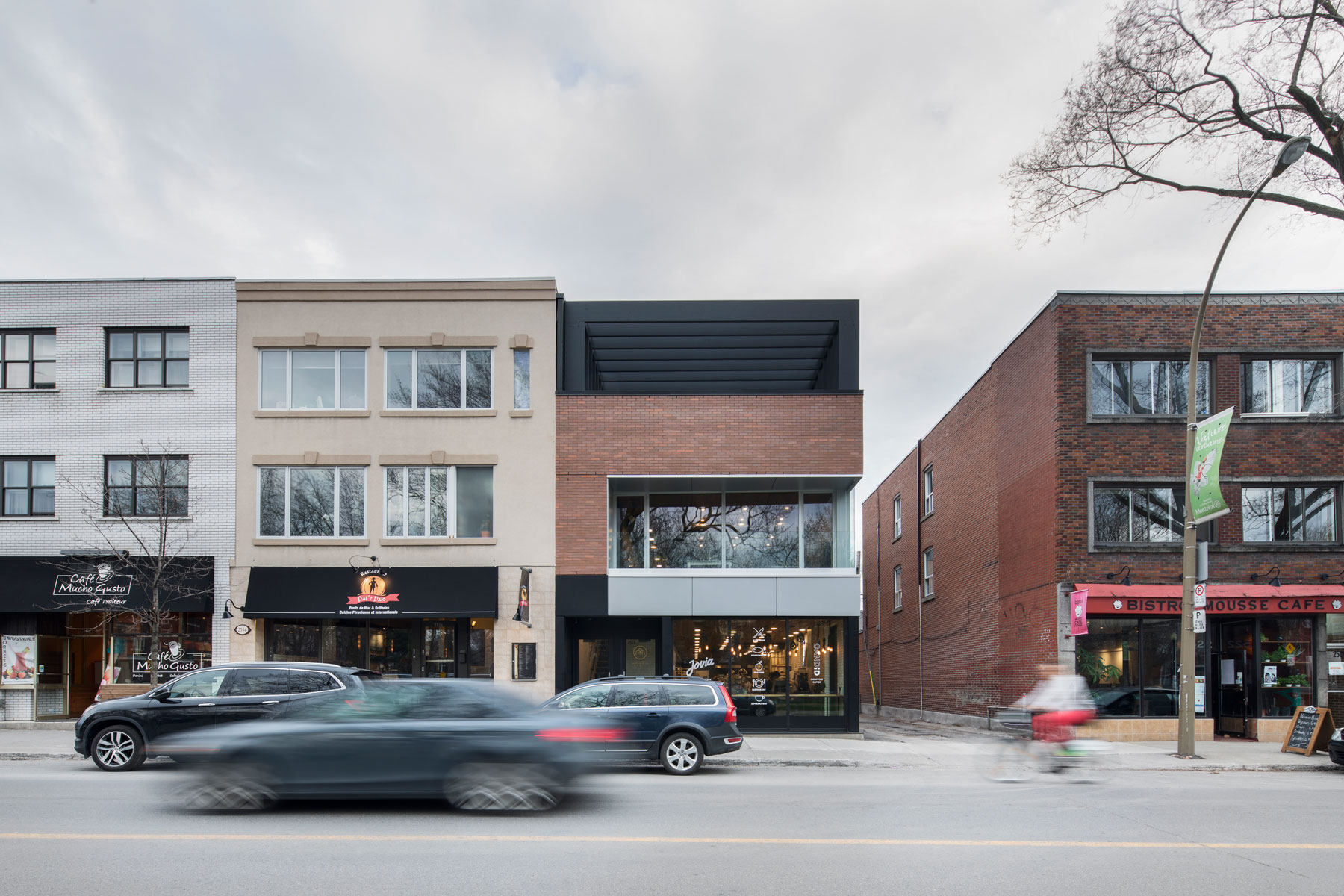 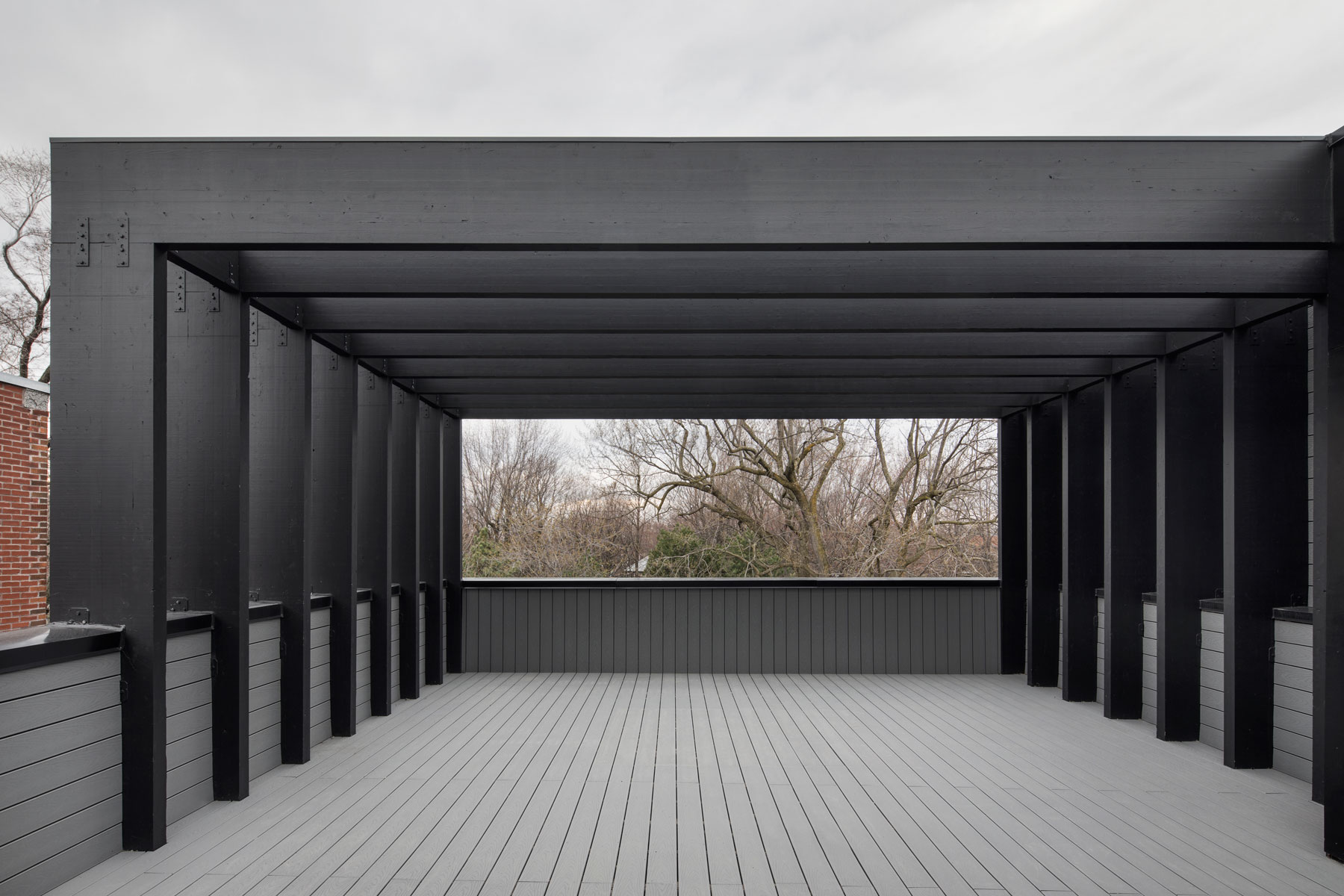 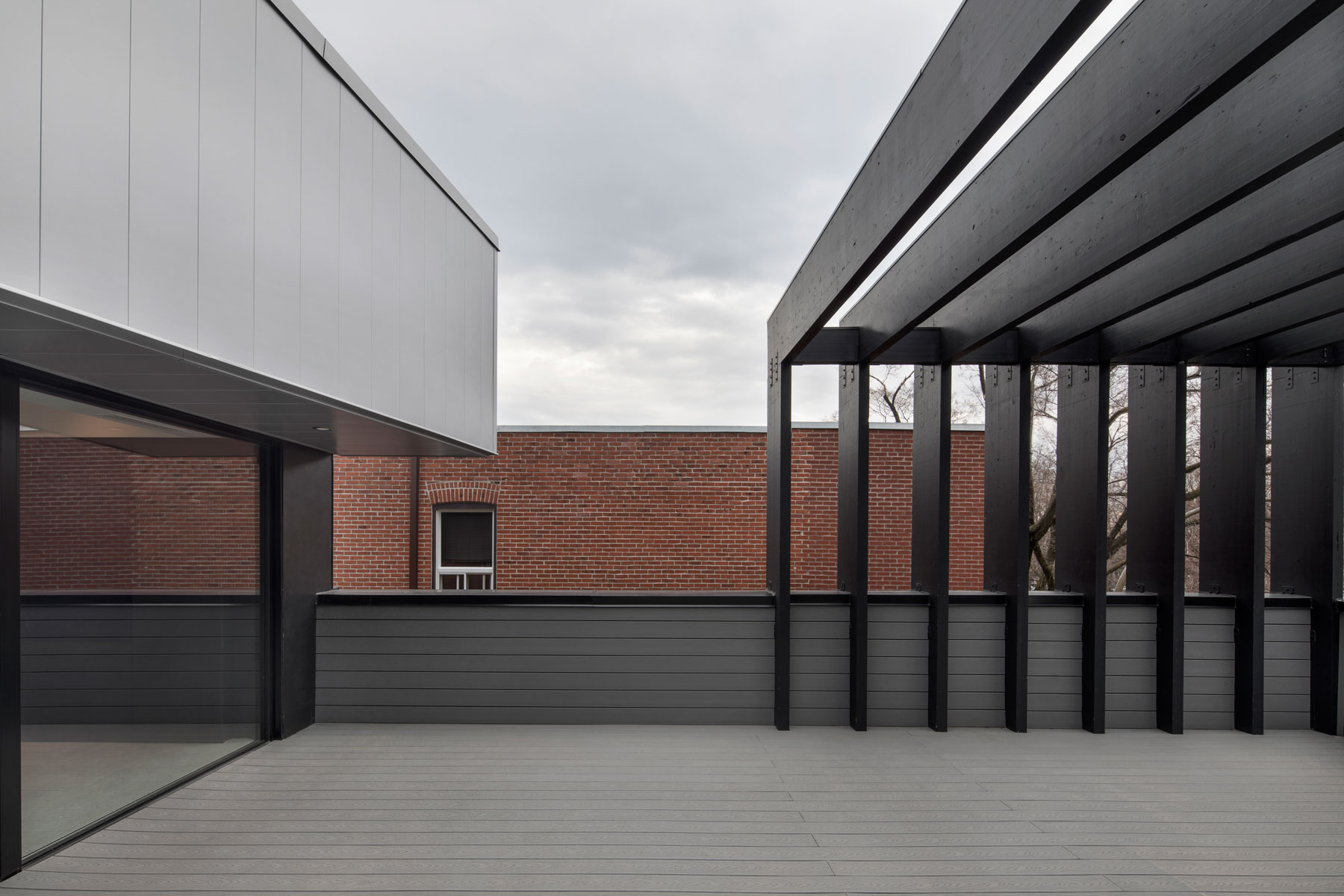 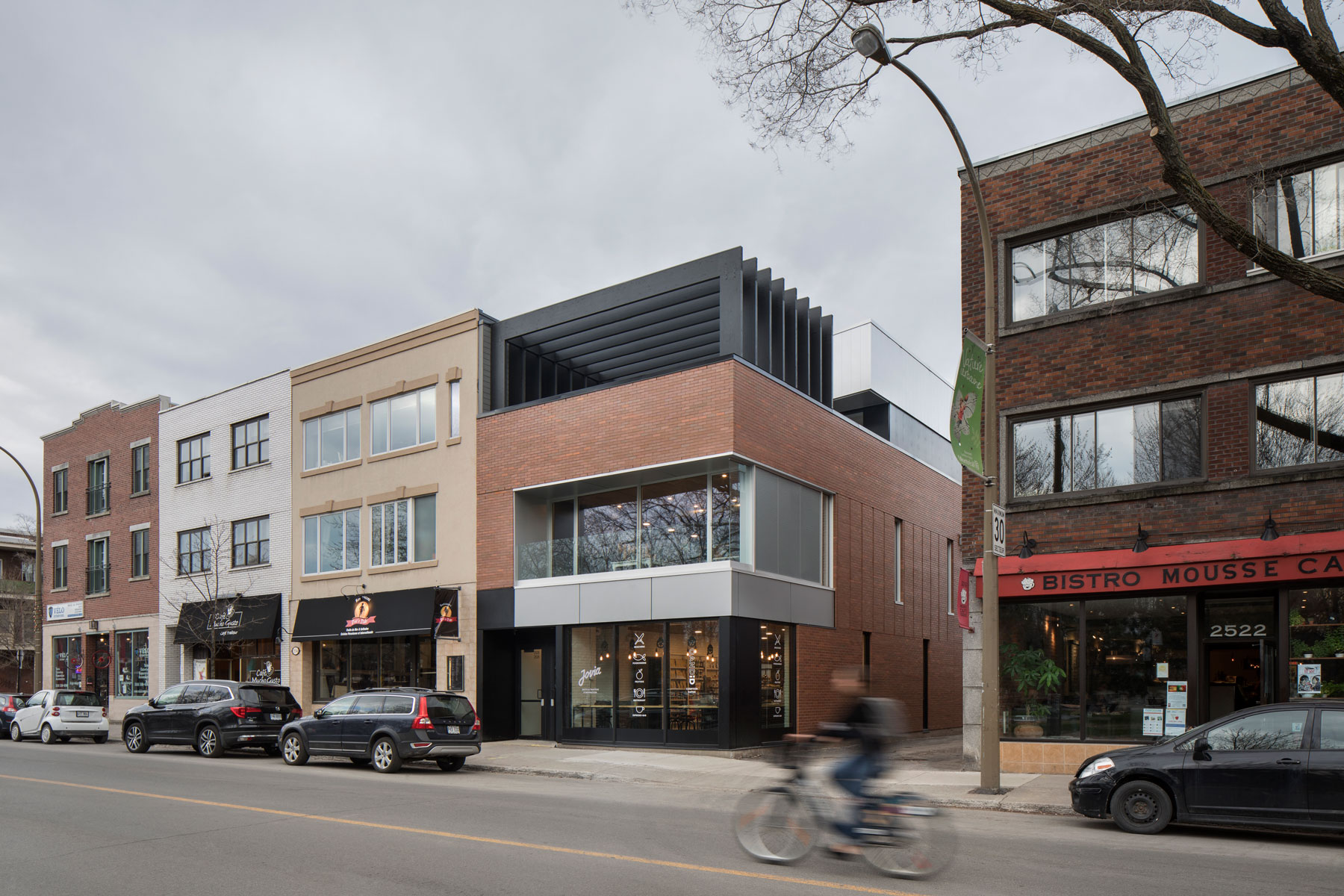 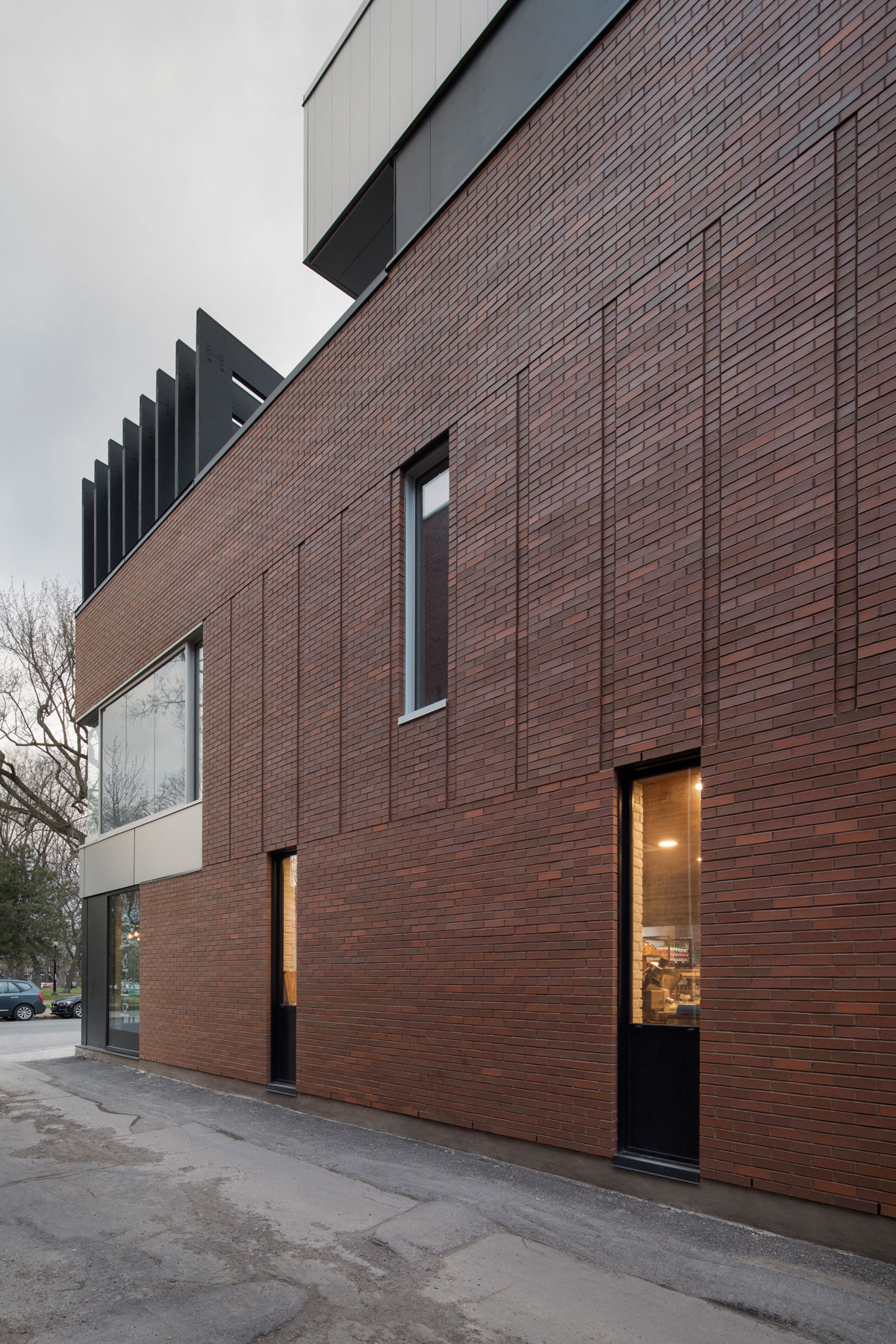 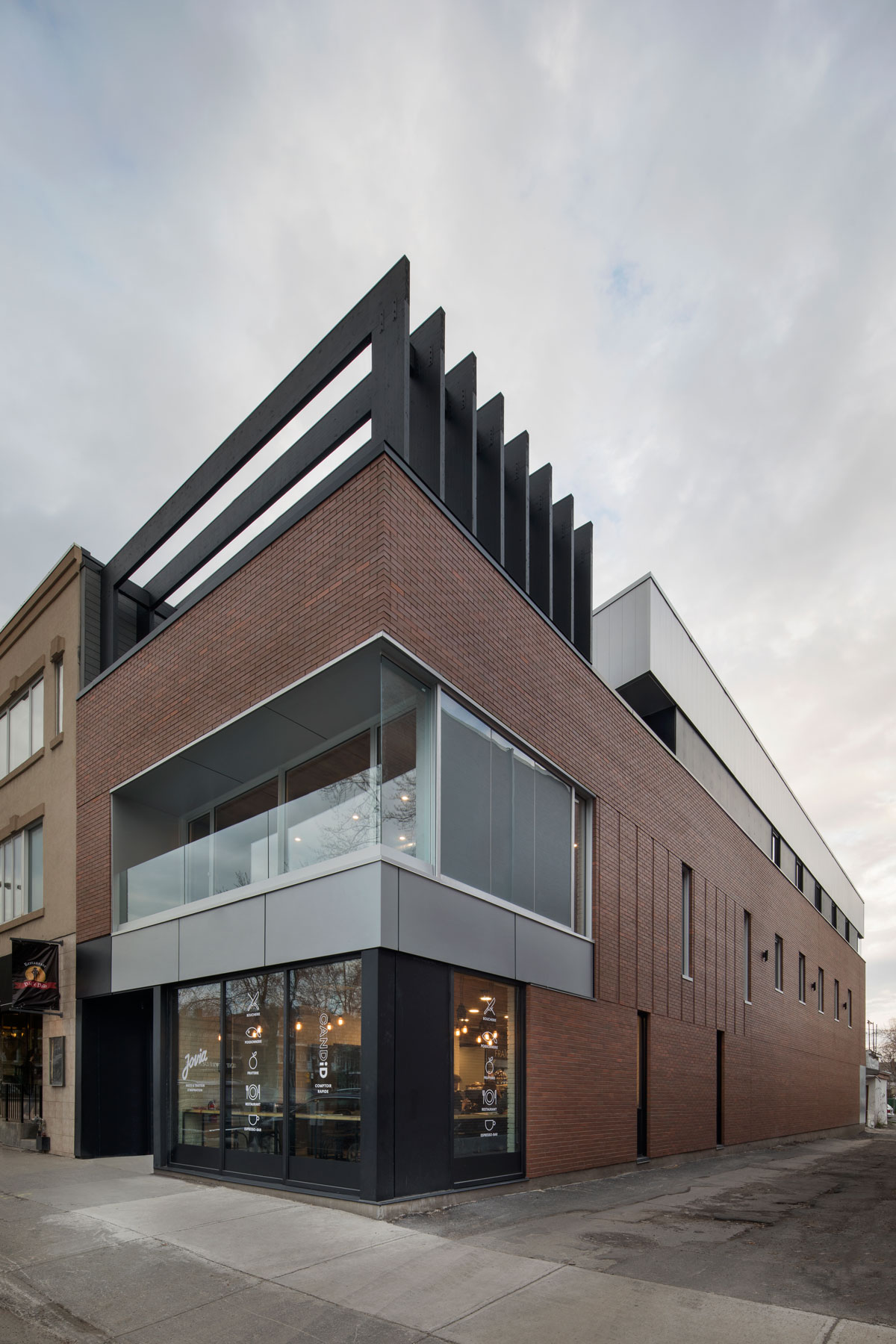 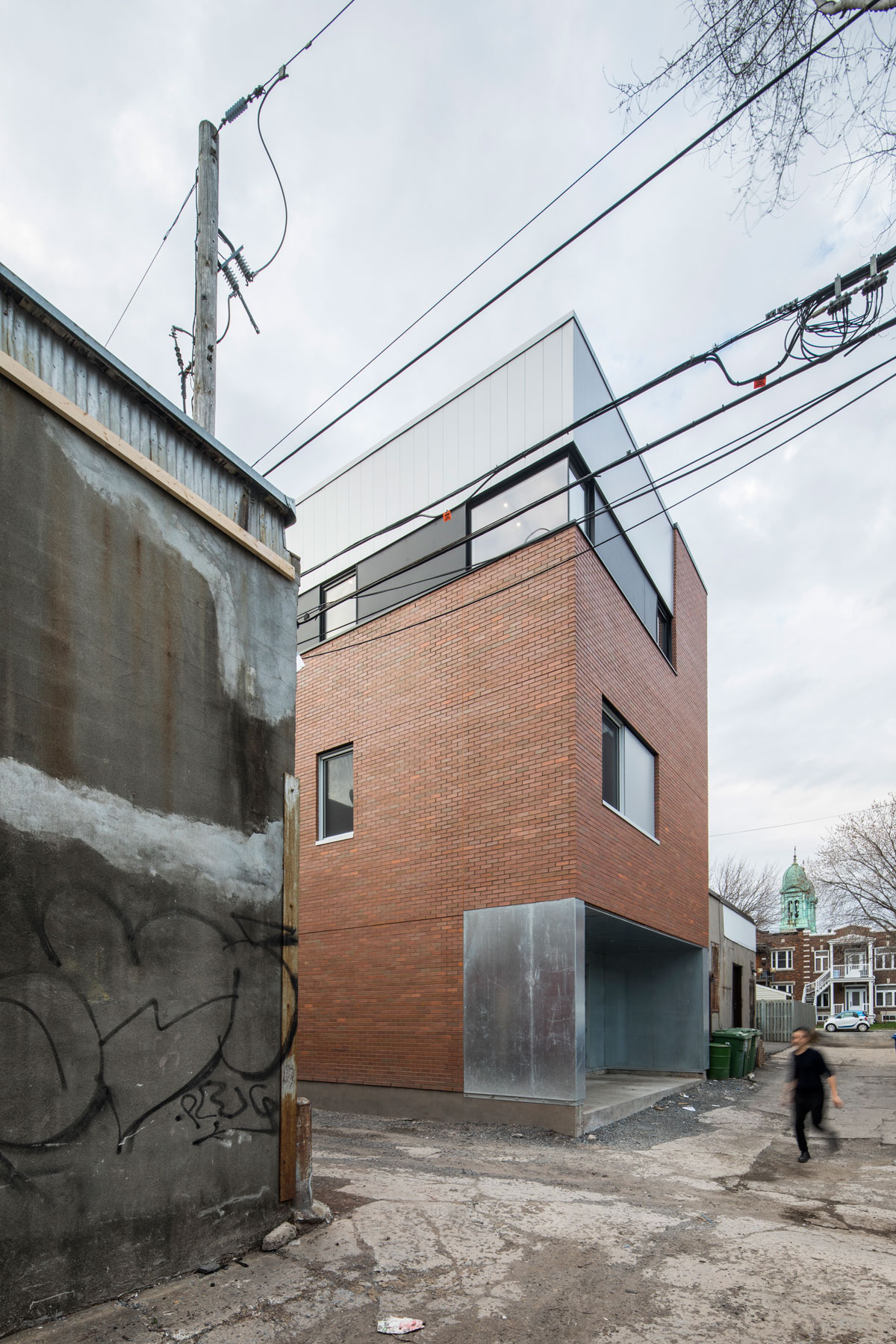 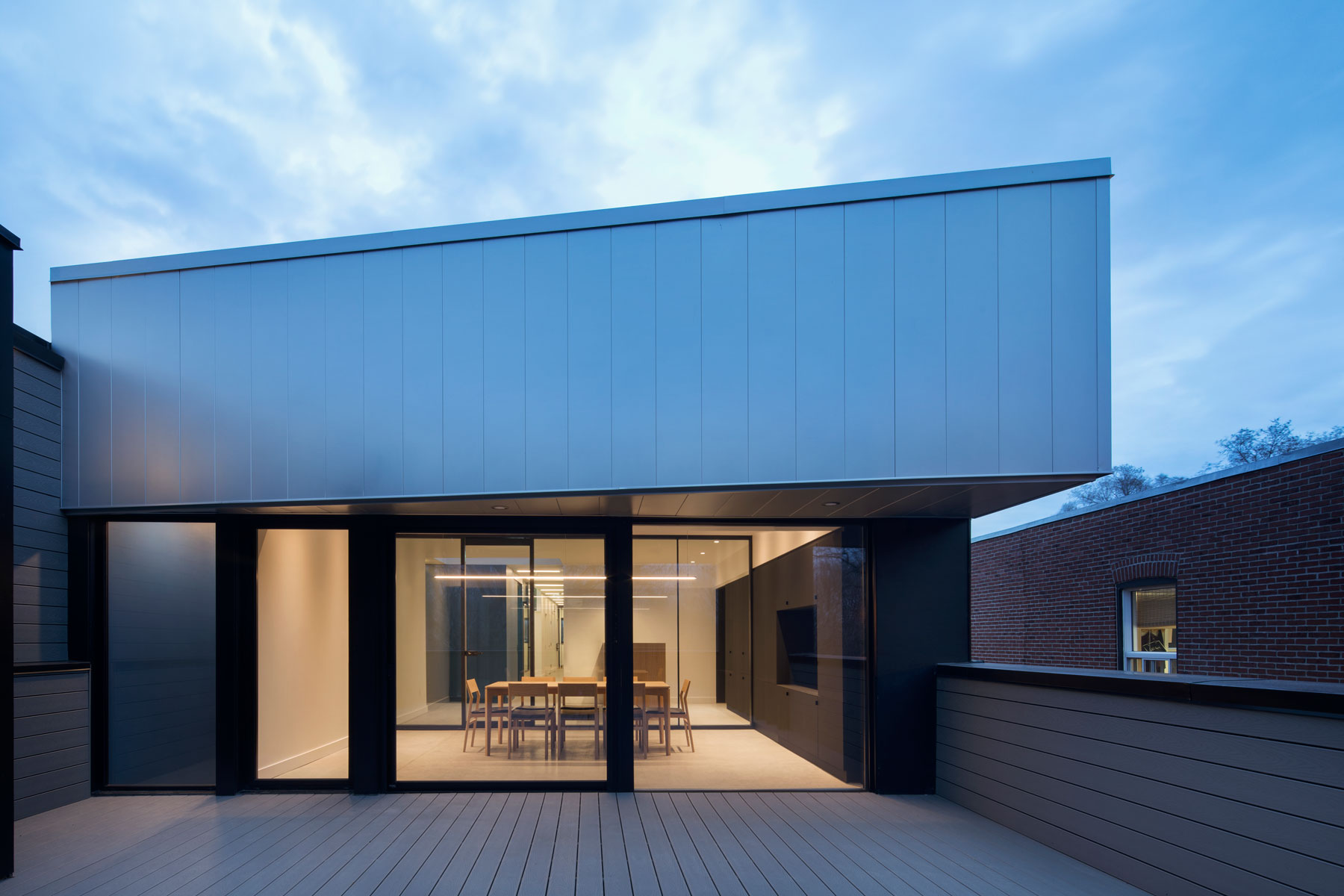 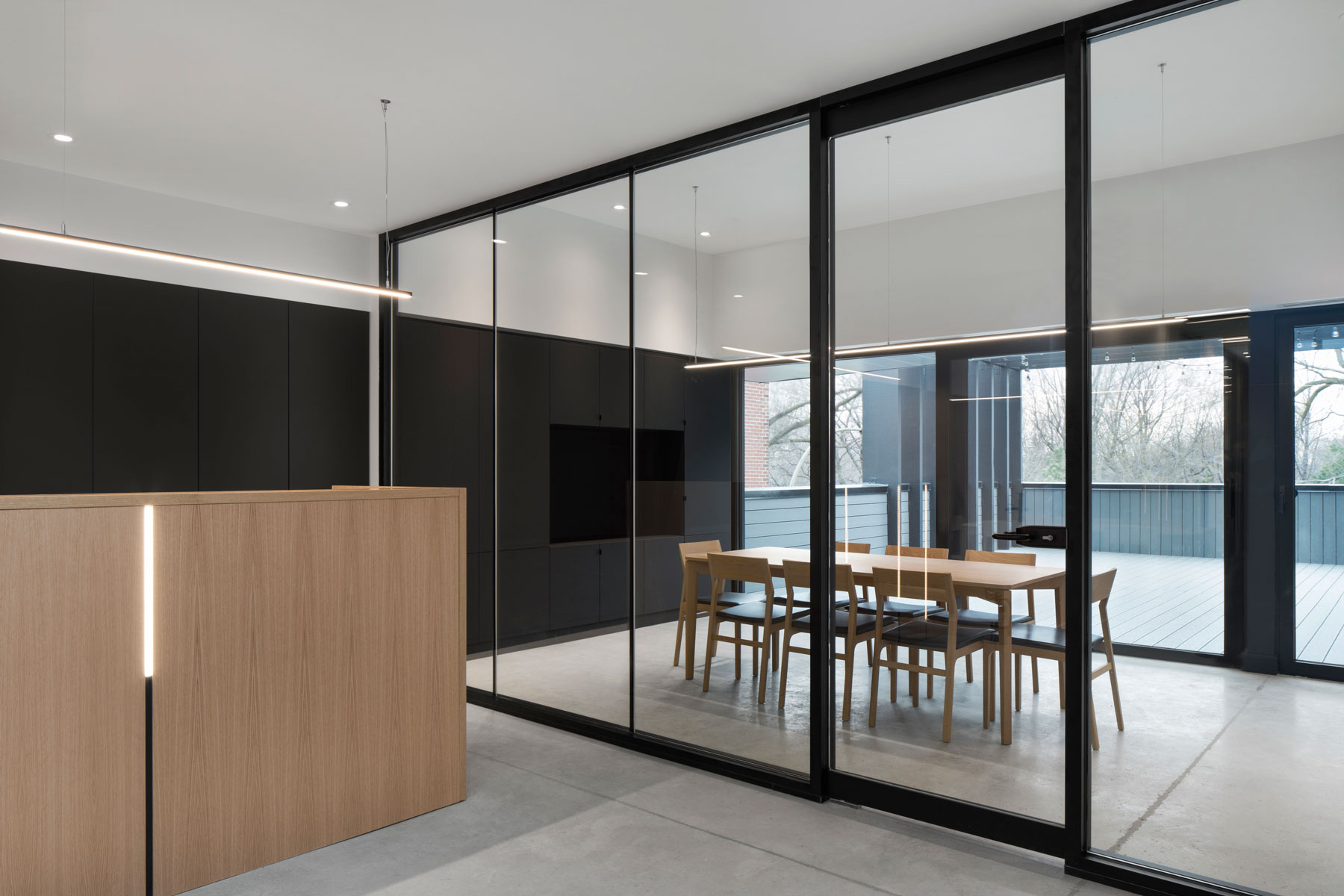 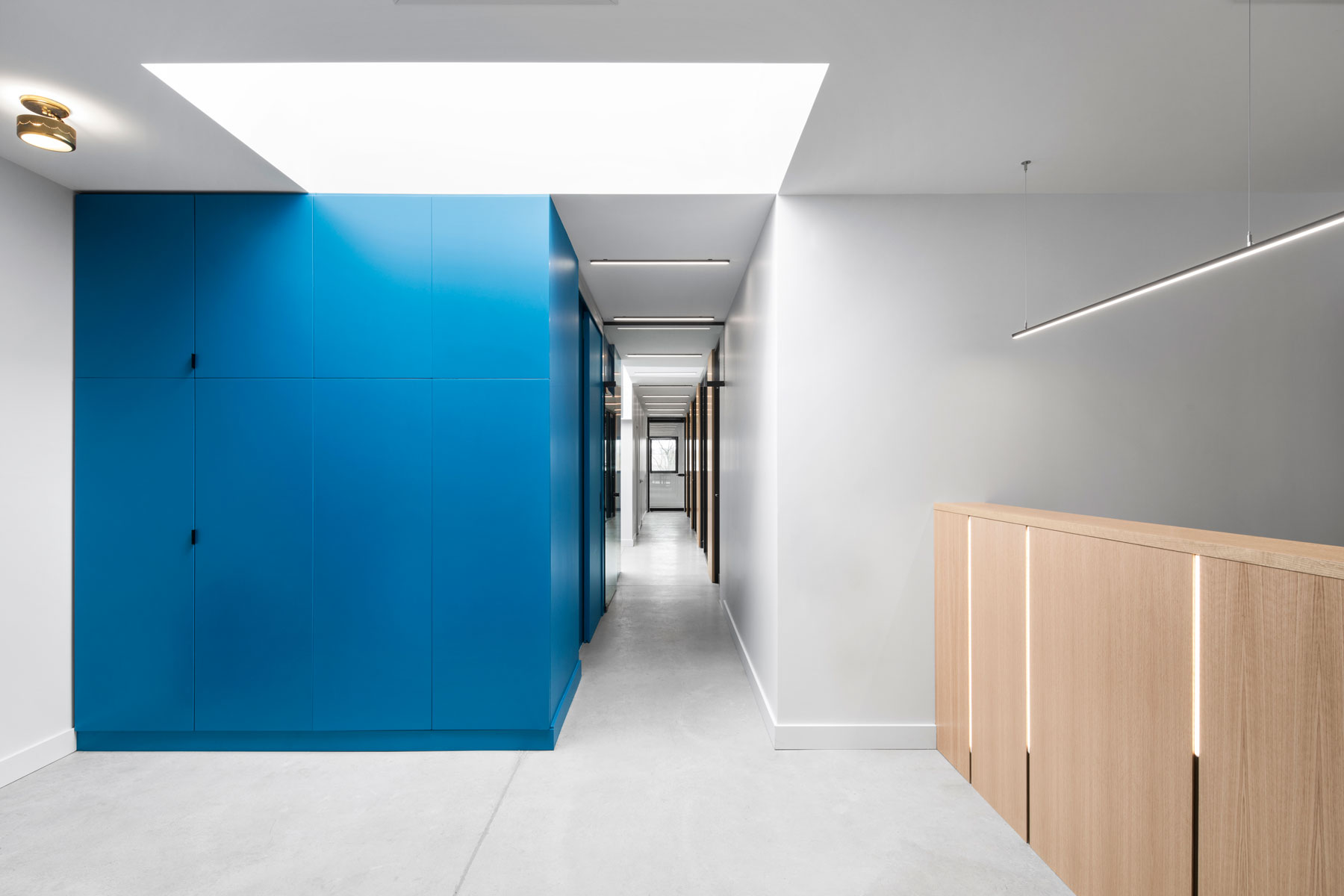 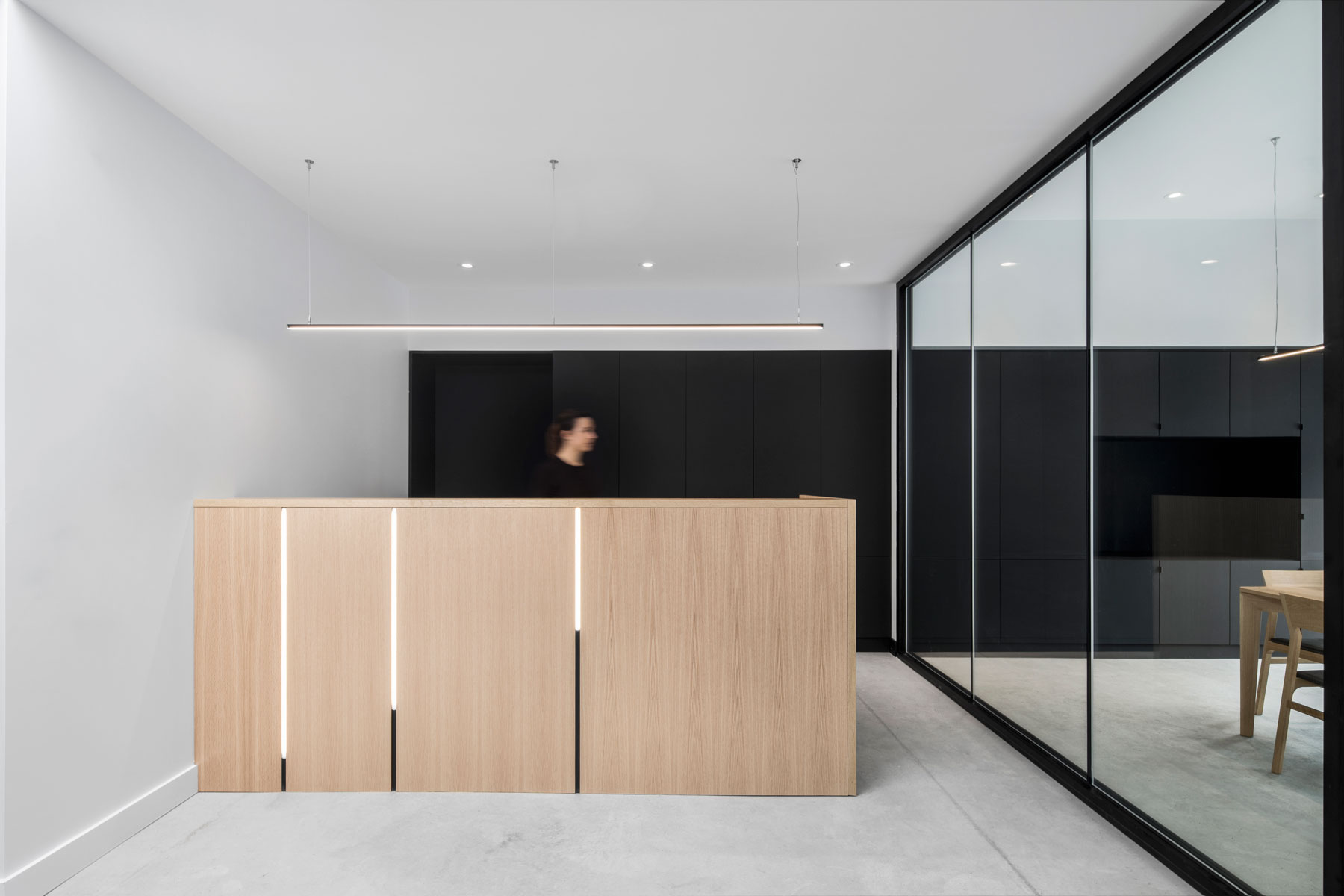 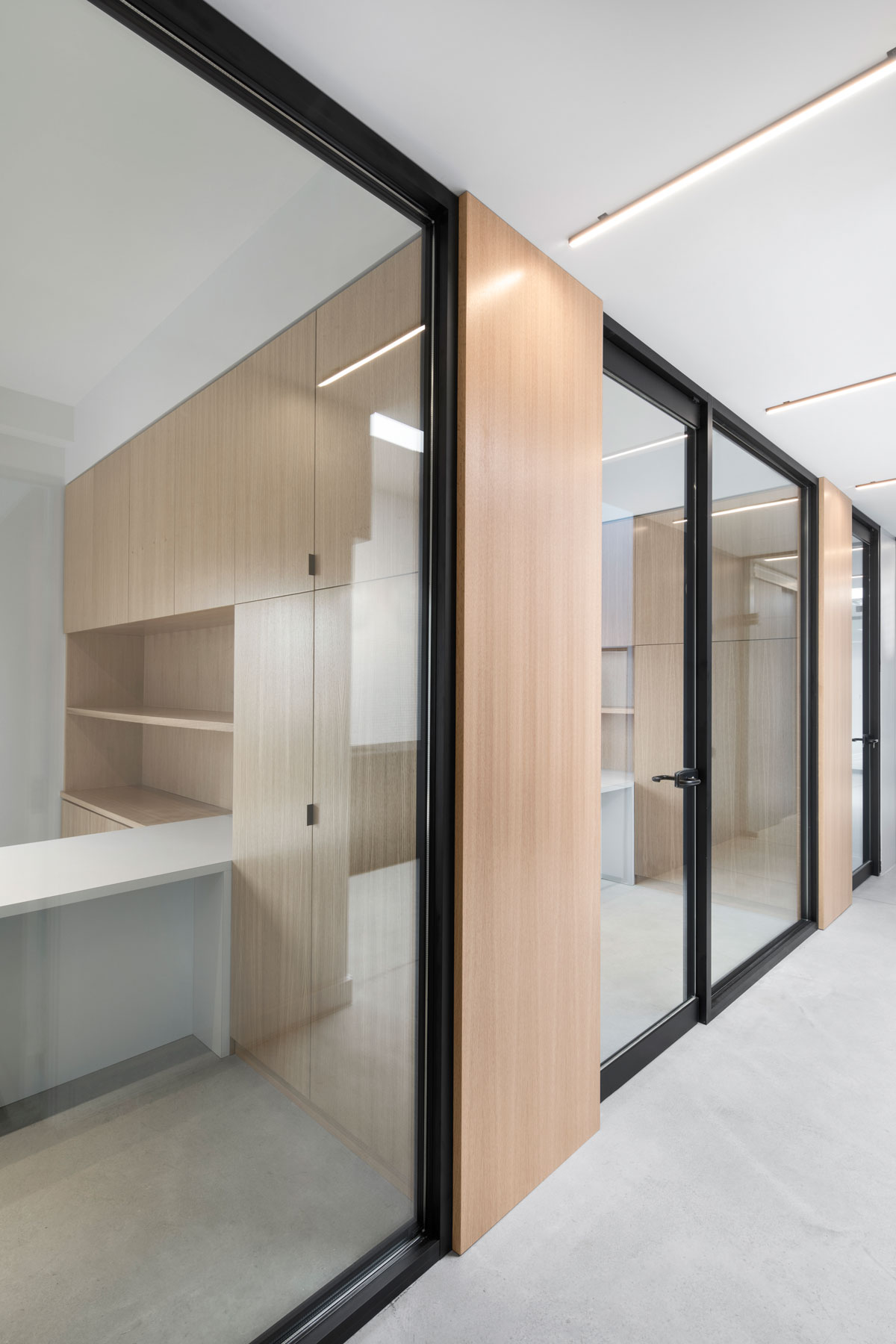 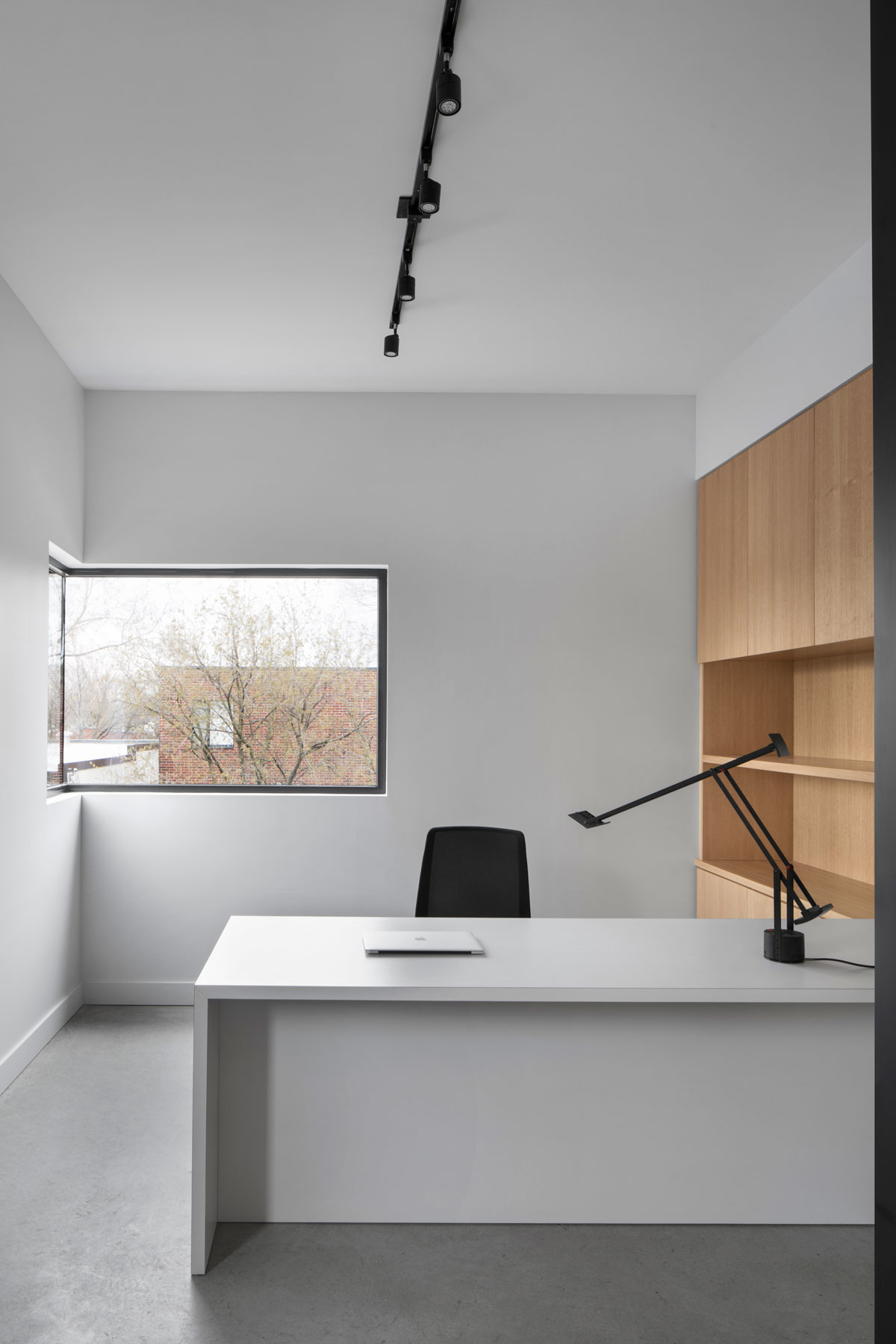 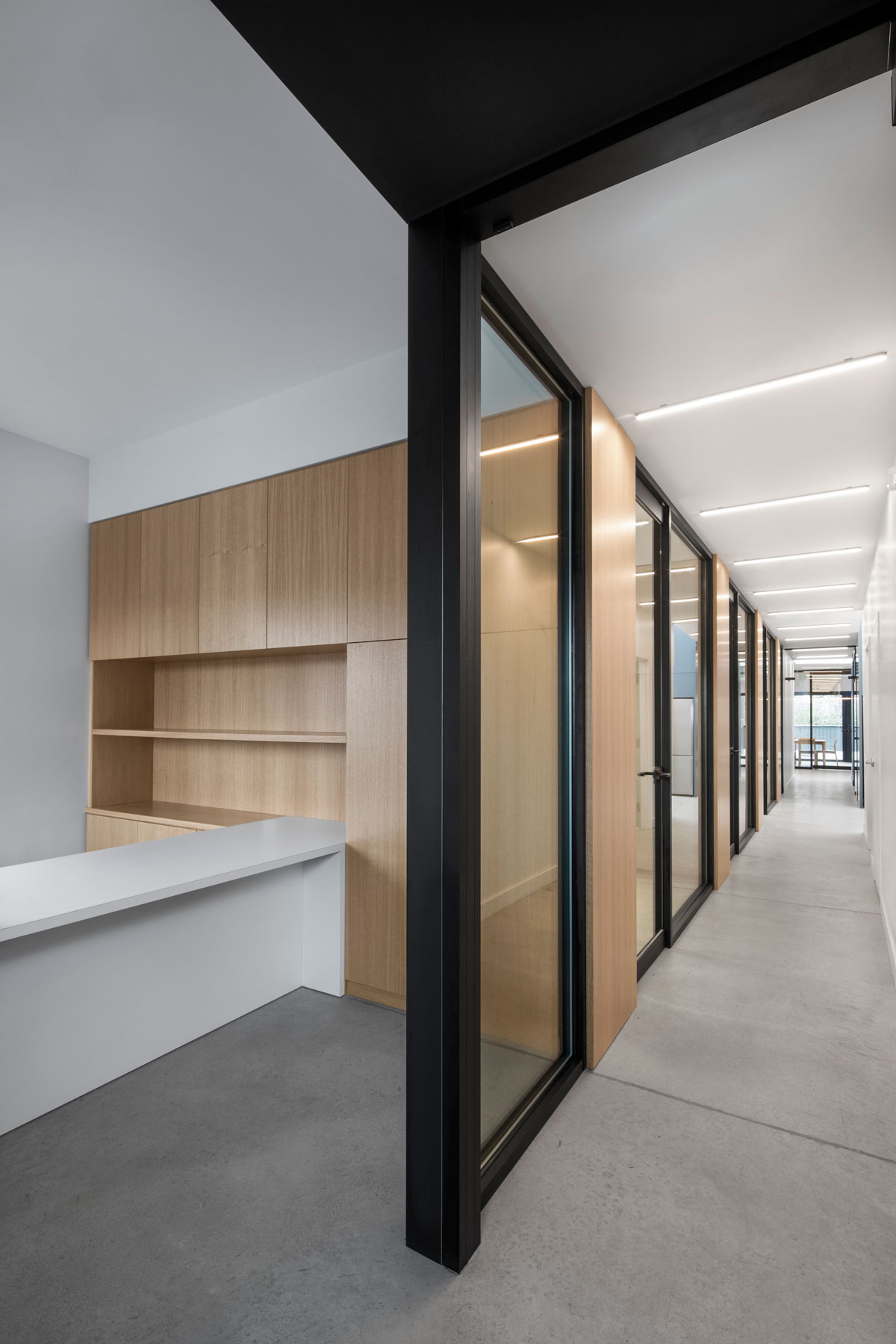 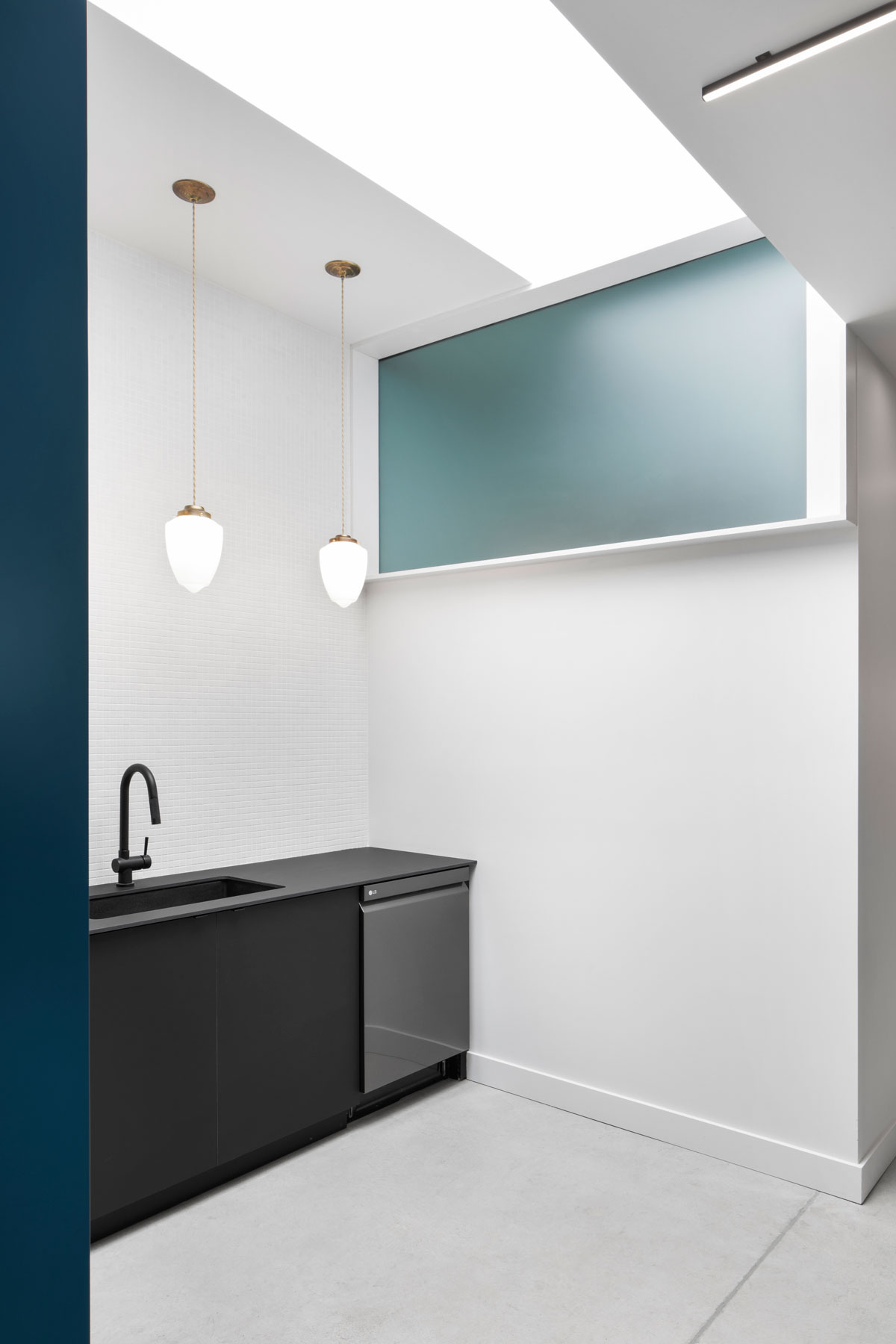 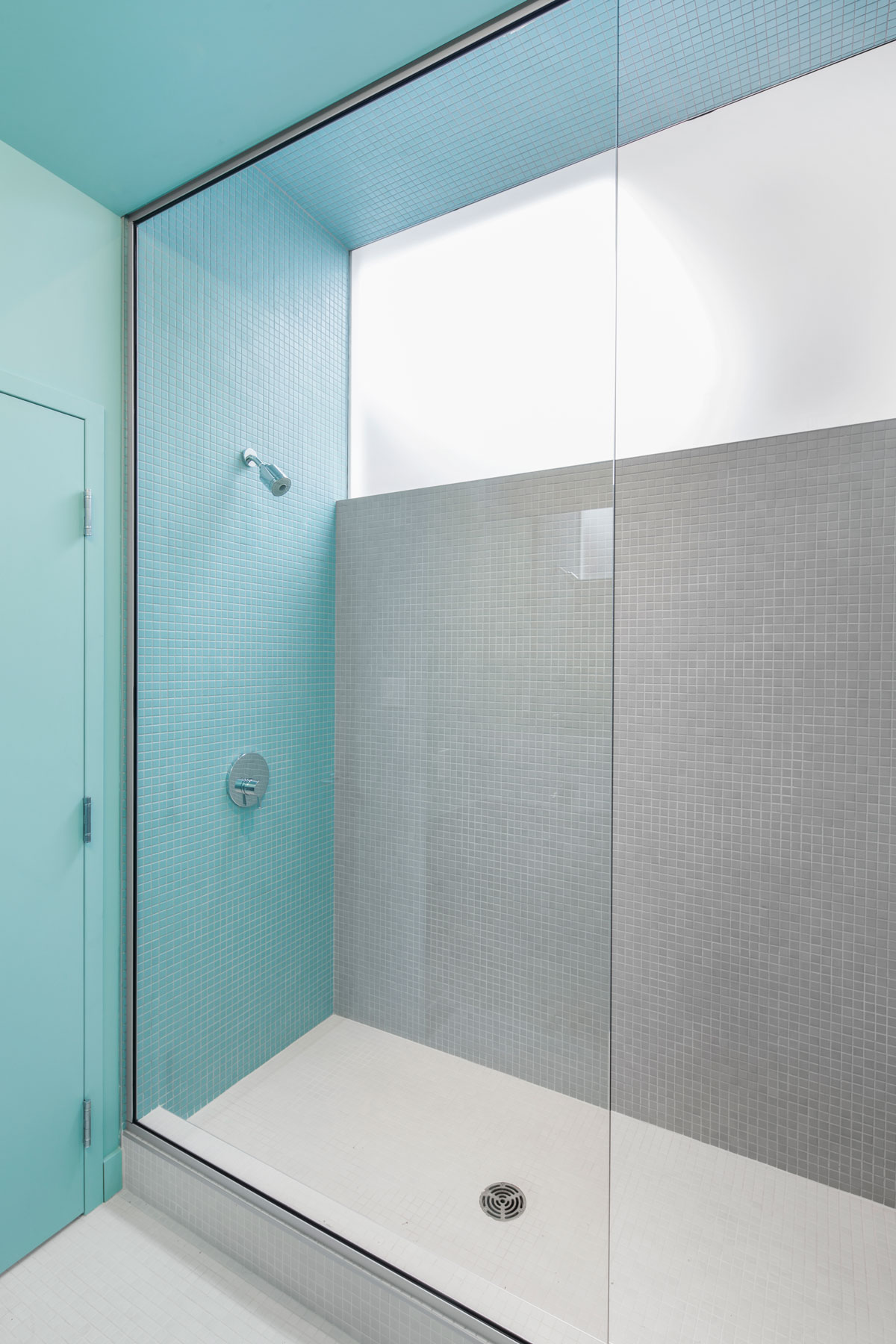 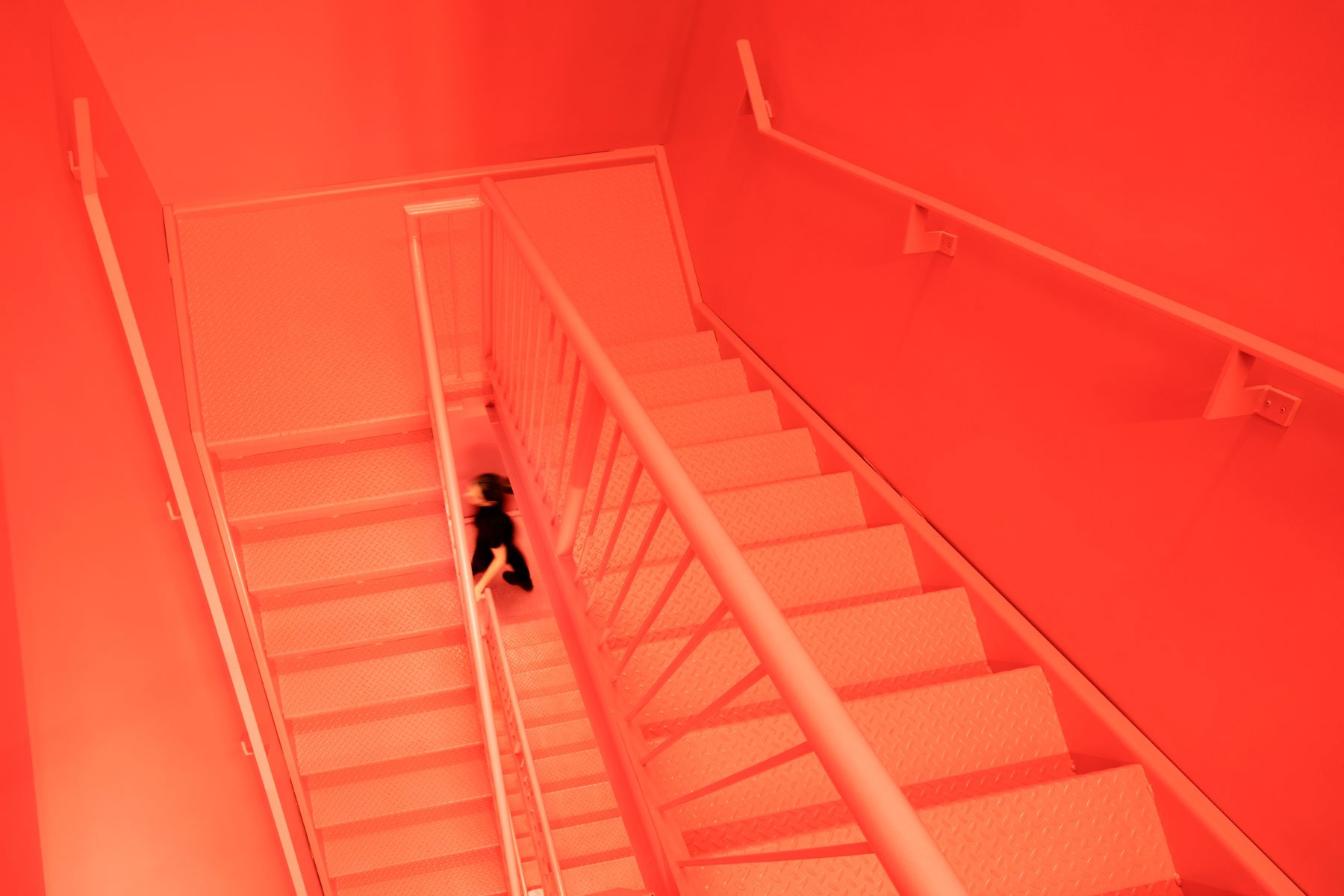